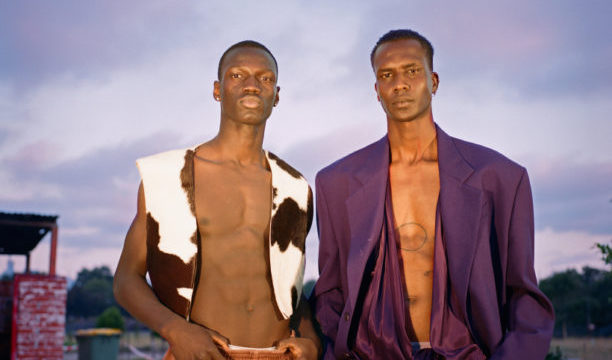 Transforming mundane moments into ethereal images is a rare talent—but it’s one that Melbourne-raised photographer James J. Robinson has honed to neon-tinted perfection. The best way to describe his work is probably “magical-realism”—his subjects, who range from close friends to the likes of Rihanna and Kylie Jenner, are shot in familiar settings, browsing at the local bodega, propped up in the barber’s chair, or filling up the car at the gas station, and offset by dreamy lighting and quirky props that conjure up an alternate reality. Bathed in the iridescent hues of the sun setting over the ocean or lit up against the backdrop of the neon lights from an NYC falafel truck, Robinson’s photographs are atmospheric, moody, and reverberating with a youthful energy that punctuates his work. Despite the recognisable moments he captures, Robinson’s evocative portraits successfully tell a story and build a character in a way that feels more cinematic than photographic, which makes perfect sense given his film school background. But while many of his shots may seem familiar and generate a sense of nostalgia, they’re anything but ordinary.

Lucky enough to catch him before he hops to yet another time zone, INDIE sat down with the photographer to talk about the perks and pitfalls of the practice, the transient nature of time, and falling in love. 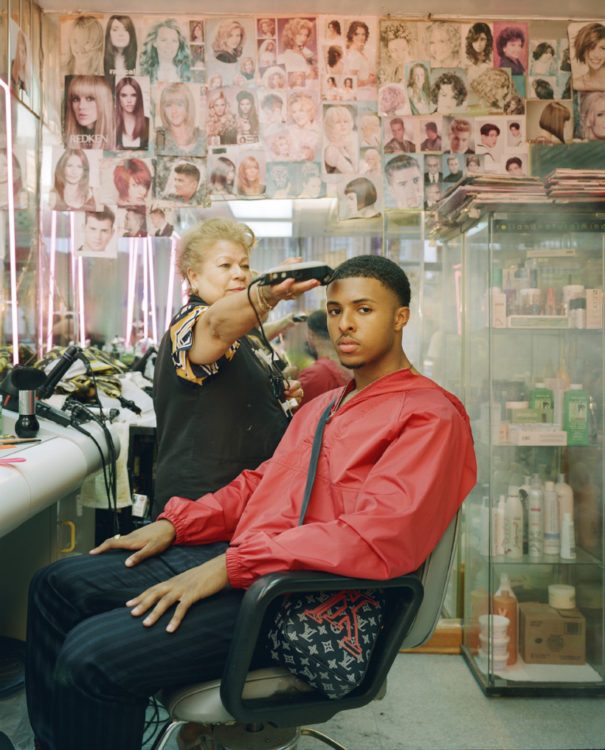 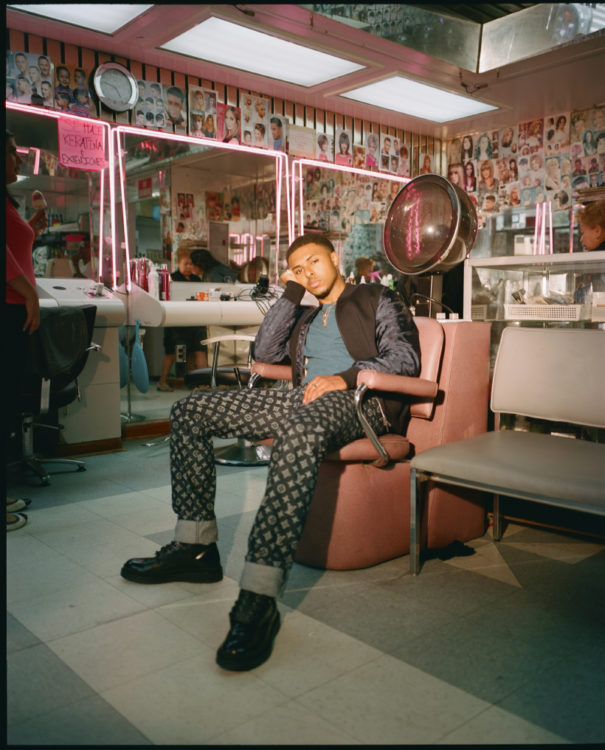 I understand that you studied film at university—was photography a natural progression from film for you?

Not entirely! I was shooting long before I started university—mainly just for my #sadboy Tumblr page. But I do credit those years for building the foundation of where I am now: photos of scene girls with mascara tears, 16th birthday parties and all. I think my love of cinema has since become majorly intertwined with my practice now, but so have a number of other forms of creativity. Painting, poetry, and music all inform my practice equally; so long as I have an emotional response to them.

Can you trace your passion for film and photography back to one particular moment?

I had a pretty traumatic experience in high school at an all boys Catholic school being queer. Just being in an environment fuelled by toxic masculinity and privilege for 13 formative years really damaged my sense of self and moral indignation. In hindsight, I realised films were all that healed me. Seeing characters who I could identify with gave me a glimmer of hope that there was a world out there where I could fit in, completely as myself, as long as I stuck through it. Cinema gave me my identity and emotions back.

Your photography has a very cinematic quality to it—what’s your photography process like? Do you begin with a story and characters in your mind before shooting?

Yes! Whether I’m shooting a celebrity, or a model, or even just friends and family members, I always break down parts of their personality I admire, then hyperbolise these qualities into a very specific story and character. I want to capture my subjects not how they physically appear, but how they make me feel. I won’t shoot someone like Kylie Jenner according to how the media or their publicists portray them, I’ll capture them exactly based off how we relate to each other in the moment.

“Photography is a radical human protest against the marching of time. I love to shoot during sunset to emphasise this.”

Most of your work seems to have been shot during sunset or after. Is that a personal preference?

My philosophy behind photography is that it stems from human desire to want to control destiny and time. It’s so selfish! Like we’re trying to exercise our own sense of divinity and capture something universally transient; forcing its permanence. Photography is a radical human protest against the marching of time. I love to shoot during sunset to emphasise this. Not only because of the lighting, but because it’s this extremely brief, beautiful moment that we could sit and appreciate every day, but we easily miss in a busy schedule. I love the idea of preserving this moment that only exists for 20 minutes a day. 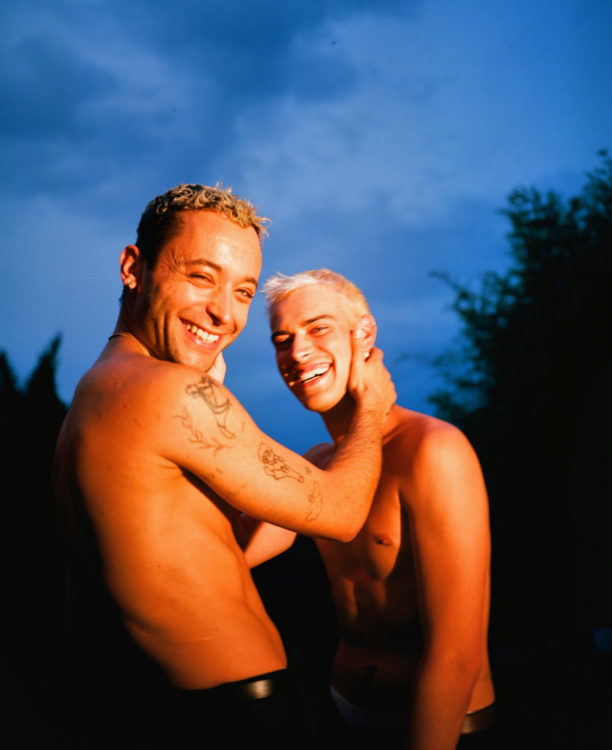 Why do you exclusively work in analogue?

There are a number of technical reasons behind why film is still superior to digital. For now, it’s still the literal only way to take a photo that is entirely uncompressed. But most importantly when shooting film, I’m not reviewing every shot and pulling myself out of the moment while working. My team and I aren’t worrying over the small details of always perfecting an image. If I get a roll back and an image is out of focus, there’s a model blinking, the exposure was wrong, it’s still an authentic representation of my scattered mindset at that time. I am a flawed human, in a flawed world, so it makes no sense to me that my work would be any different.

Your photographs are simultaneously incredibly familiar, being shot in locations such as the gas station, the bodega, and the barber shop, and also so otherworldly—magical realism comes to mind, but how would you describe your aesthetic?

Yes! Magical realism is exactly how I like to describe it, I did an entire TEDx talk this year on that process. I’m an optimistic person and I like to find the beauty in everything. I think that was a natural coping mechanism to staying positive during my struggling teen years. Even on a day where I felt so debilitatingly low I could still look around my school and find beautiful reflections of light hitting a wall at sunset, or a leaf floating gently in a puddle—so long as I was open to looking. This has since become amplified in my practice. I love shooting in these spaces we pass through every day and don’t take the time to really stop and see. It reminds me to stay present. Redoing the lighting design in these spaces for my photos is one way I can really encourage people see them “in new light”… so to say.

How has your background being Melbourne raised and half Filipino impacted your work?

I used to be so ashamed of my Filipino heritage. I would do everything to appear white: I stopped bringing Filipino dishes to school for lunch so I could bring goddamn sandwiches and potato salad instead. It doesn’t get whiter! Now I realise I’m in this really unique community of mixed race people, for the first time in history (?!) where I can find the beauty and potential for unity between two separate cultures. My identity physically embodies a globalist future. Having this perspective encourages me to marry my two conflicting identities in my practice; taking so much inspiration from Eastern philosophies and aesthetic practices, but amalgamating them with the Western culture I was raised by. 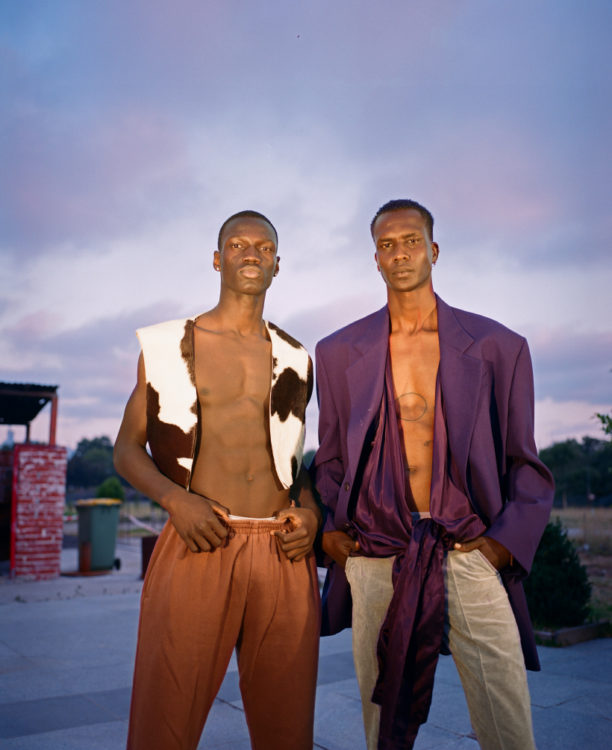 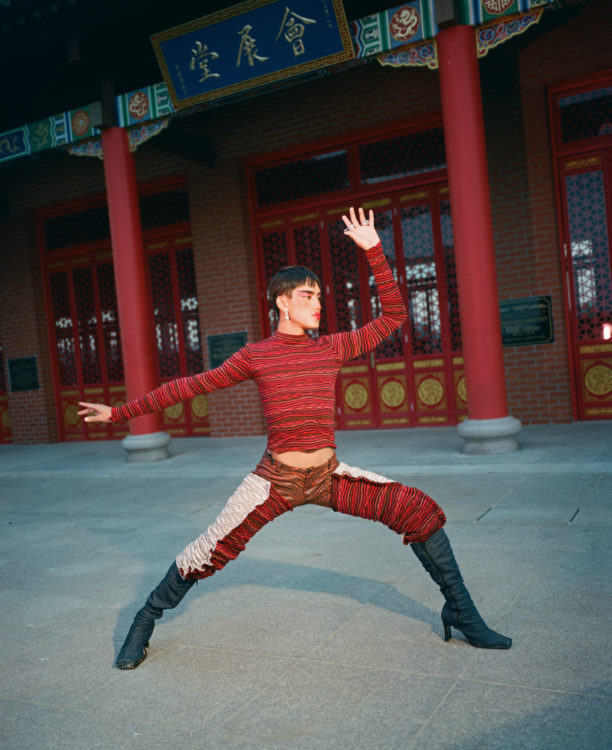 You’re currently based in New York and do plenty of work in LA as well as other creative hubs around the world—which city has influenced your work the most?

Melbourne, always. New York and Los Angeles are two incredible, vibrant cities that I love and have beautiful support networks in. But I can’t ever feel as relaxed and totally myself as when I’m driving around the streets of Melbourne alone at 2am cathartically screaming Angel Olsen at the top of my lungs.

What’s your favourite thing about your job? What’s the most stressful part about it?

Traveling and traveling. I love being able to visit places I usually wouldn’t think to go. In the past year alone work has brought me to Mexico, Taiwan, Monaco, Netherlands, Canada, and so many more. But at the same time, flying between so many time zones constantly is so tiring on my body and means I’m sending emails at 3am. It’s always business hours somewhere. I also spiritually struggle with the idea of my (specifically advertising) work existing in this capitalist, consumerist system—which is why I’m getting more and more selective over the projects I accept.

You’ve had a pretty illustrious career so far. Has there been one singular highlight?

I’m really bad at letting myself process success. I’m always on to the next job without giving myself the chance to reflect, and I like being self-critical of my work so I can constantly improve. I suppose if I had to pick one thing it would be the first time I saw my work in a copy of the New York Times. Seeing my work in this entirely new context, in such an influential publication, showed me the potential for my practice to actually reach a giant audience of different backgrounds.

What’s something you’re looking forward to in 2020?

There are so many things I wish I could talk about, but I’ve got lawyers and NDAs looming over my shoulder. I’m finally relocating to LA, which has been my dream since I was young. I also think I may be falling in love for the first time, which is inspiring me beyond words and making me so excited to see what the new year might bring.