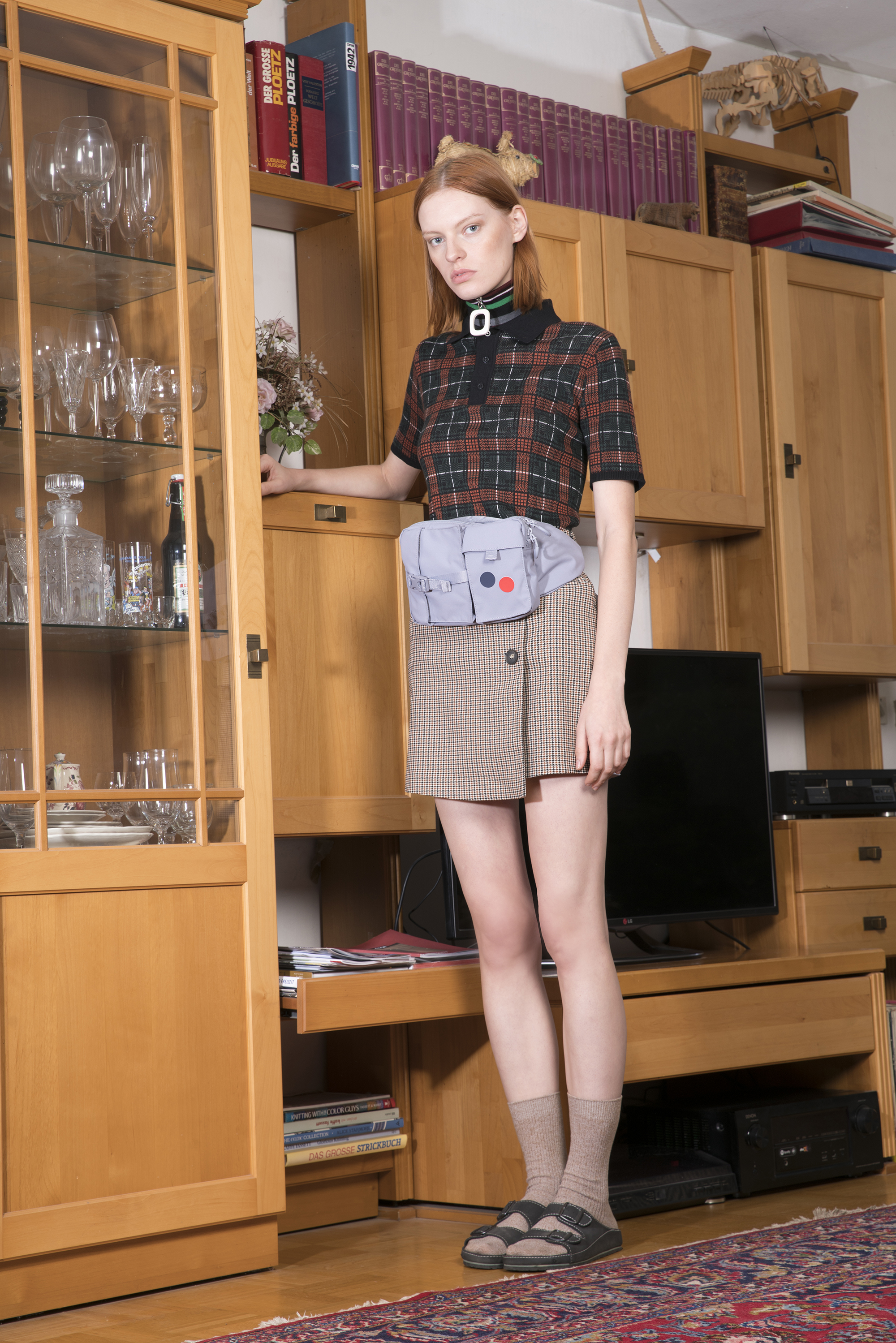 GERMANY BUT MAKE IT FASHION: 5 DESIGNERS INSPIRED BY DEUTSCHLAND

Deutschland—the beautiful land of beer, brot, bureaucracy, and Berghain. From the rolling Alps of Bavaria to the sweaty techno subterranean of Berlin, Germany is a country of a thousand faces, but fashion trailblazer has not always been one of them. Forever sidelined by its haute couture neighbour France, or by Italy’s luxury brand legacy, it’s easy to see why Germany has been branded the little sister of Europe’s fashion scene. But the country has been experiencing something of a fashion growth spurt as of late—not only are luxury brands popping up all over the nation, but designers are increasingly turning to the symbols, imagery, and vernacular of Germany as a source of untapped inspiration. Read ’em and weep naysayers, the Germanic fashion renaissance is birthing up collections fit for the runway.

Take the newest AW19 collection from Cologne-born backpack brand pinqponq, which proves that championing German identity and flawless design aren’t mutually exclusive aims. The luggage purveyors have never been afraid to embrace their national roots, and now, prompted by the burgeoning buzz surrounding the land, a host of European brands are joining them. With this evolving trend in mind, we take a deeper look into the designers drawing on the Deutschland we all know and love for inspiration.

From the moment Demna Gvasalia upped sticks and moved to Dusseldorf in the early ’00s, his subsequent French fashion label Vetements was set to be swimming in German influences and colloquial references. What began with a few garments sporting German words—including a questionable ‘Polizei’ raincoat—grew into a collaboration with German industrial rock band Rammstein. Then, in 2018, Gvasalia’s German infatuation sharply escalated into a full-blown fashion show with German postal service DHL, at a Leipzig airport. Vetements marriage in red and yellow to DHL took the streetwear world by storm, but it also went to show that the fashion elite is taking more and more interest in Germany—even if in Vetements case it was for some so-ugly-it’s-good fashion.

Since its inception, pinqponq has been at the forefront of Germany’s lifestyle brand take off. Now for FW19, the accessories brand continues its push for innovation and creativity with a collection inspired by German suburban living—think brickwork houses, retro ’70s décor, and traditional German pragmatism. Neon yellow streetwear bags are among some of their boldest new additions—a nod to the high vis garments often sported by practically-minded Germans—balanced out by lashings of more subdued, nostalgic hues—specifically olive, and khaki. The bags might be vintage Germany, but the collection is underpinned with modern ideas. Even pinqponq’s prominent dots, blue to symbolise technology and functionality, and red to represent emotion, speaks of Germany’s efficient, yet artistic nature. From cutting-edge sustainable materials to a contemporary, genderless approach to fashion, pinqponq has deepened its reputation for intelligent design, never once forgetting it’s German origins on the route to get there.

As a fashion designer native to Germany, Wolfgang Joop‘s design style has always been marked by a fusion of German and Prussian influences. But Joop has also been taking Germany’s fashion reputation in an utterly new direction. Through his high-end ‘Wunderkind’ label, the avant-garde veteran attempts to translate the style, or “DNA”, of Berlin’s women onto a couture stage. This wouldn’t be the last time Joop would be inspired by the dress-sense of German women—a recent collection by the designer is dedicated to, in Joop’s own words, the “strong and fearless” style of Angela Merkel.

Balenciaga may be a quintessentially Spanish brand, but even it has been tuning their luxury antennas to the sights and sounds of Germany as of late. More specifically, the instantly recognisable—albeit slightly garish—vibe of German supermarkets Edeka and Ikea. Traditional German sensibilities may not be up Balenciaga’s street, but re-purposing slightly tacky logos is in perfect keeping with the brand’s controversial MO. In 2018, following up on the Balenciaga blue IKEA bag, the luxury brand launched a rebooted version of the commonplace Edeka shopping tote. At a retail price of $1,050 the remake was crafted using lambskin leather, German trademarks, and a healthy dose of humour.

While extravagant trends come and go, clean silhouettes and sartorial simplicity are yet to go out of style—a fact that Laos-born, Berlin-based designer Hien Le has built his design career upon. First inspired to enter the fashion realm by the work of the original German fashion icon, Karl Lagerfeld, Le has been making a splash on the Berlin fashion scene ever since. In fact, his discreet cuts are now making waves globally, and he’s done it all by eschewing imitation and embracing German identity and craftsmanship. Whether it’s through his gender-fluid garments, sleek lines or laid back fashion shoots in Kreuzberg, Hien Le chalks his aesthetic inspirations down to German minimalism and the raw attitude of his home city, Berlin.