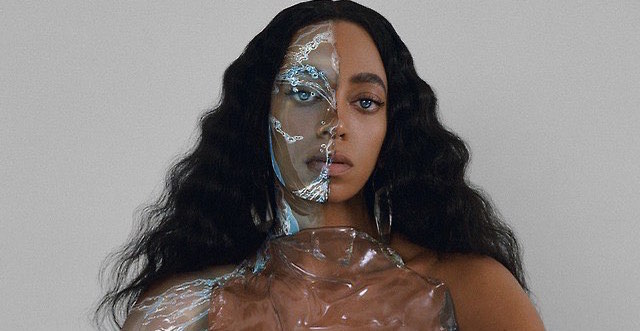 To some, the phrase ‘third eye chakra’ means nothing, to others, it refers to the spiritual energy centre responsible for perception and intuition, but to 71.5k Instagram users, it’s the alias of Christian McKoy—the 27-year-old artist transforming PoC into beautiful, supernatural beings. Images of Rihanna, FKA Twigs and Solange litter the digital artist’s divine dreamscape—transformed into tentacled temptresses and slithering serpents straight outta sci fi. The image of divinity is one that people of colour, and particularly black women, have been largely excluded from, and it’s @3rd_eyechakra‘s aim to change that—by addressing, harnessing and propelling their power, one occult composition at a time. 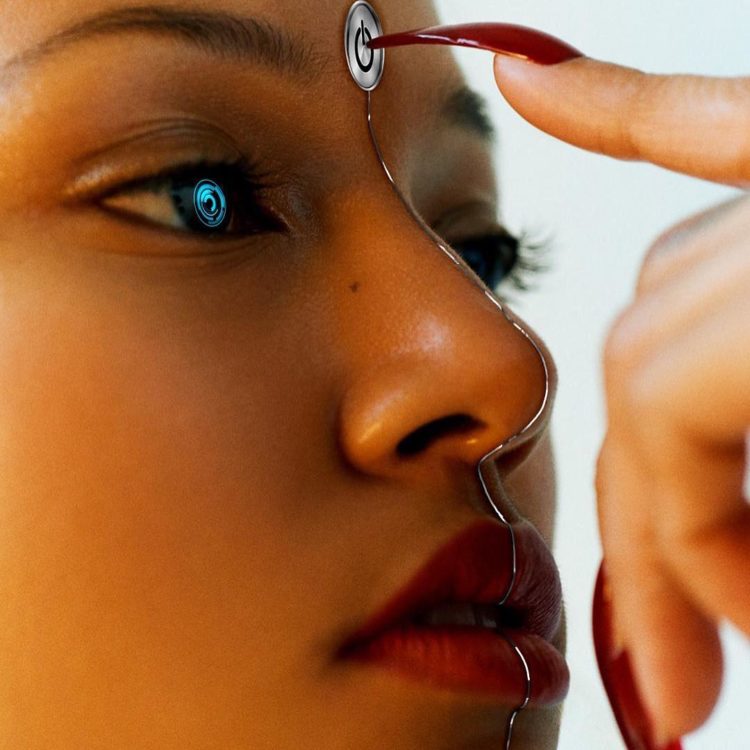 How did 3rd eye chakra start, and how has it evolved since then?

It really was just a natural progression. I was always into art and creating as a kid, and since my age has evolved into a more digital experience, my art just organically switched over.

Your feed is filled with divine, godlike, celestial beings—what’s your own relationship to divinity?

I’ve always felt sort of vulnerable being femme, black and fat, so I had a yearning to have control over my body. My art really is an expression of how I want people to see me and people like me; powerful beings.

Is there one specific approach or school of thought that defines your outlook?

My art is definitely influenced by my culture but I don’t really think it has a specific box it goes into, I tend to jump from subject to subject, although science fiction has a special place in my heart. 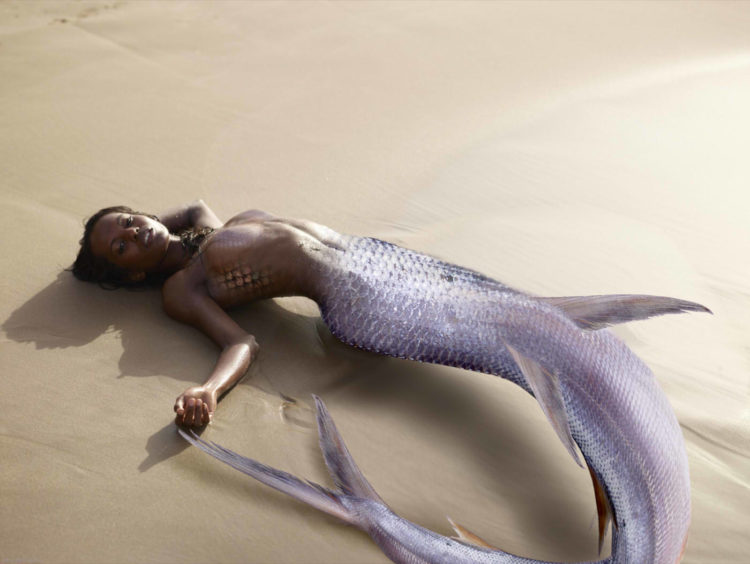 When do you think you first fully understood the issue and importance of representation and misrepresentation in the media and in the world?

I figured it out pretty early because being black and in certain spaces you have that loneliness and longing to see someone like you in art or tv. It can be very detrimental to a person’s autonomy when they’re not represented in spaces and given permission to be themselves.

Obviously the Renaissance and depictions of holiness feature heavily in your work, a genre of art almost totally devoid of black identity, what about this type of painting—as opposed to others which are equally whitewashed—appealed to you so much and felt apt to re-define and re-work for the 21st century?

If we boil down the impact of Renaissance paintings to its base chemicals, society loves them because of how they represented beauty. Not seeing black bodies as beautiful is just something society has kept going strong so I wanted to make space for us and say ‘this is beauty too’. I don’t ever expect people who don’t look like me or share the same experiences as me to tell me I’m worthy to have space. 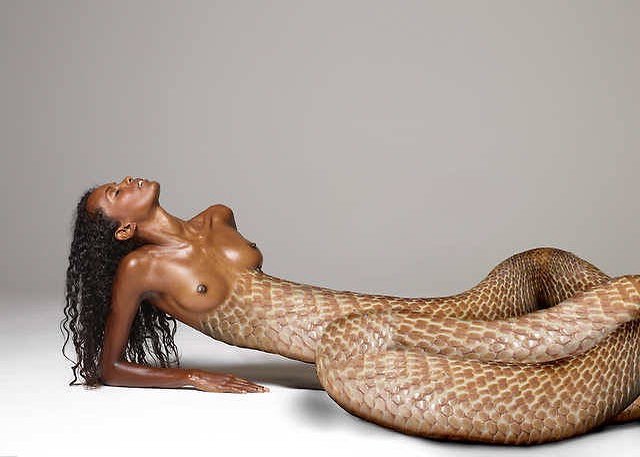 Have you always been drawn to the fantasy aesthetic? What was your first exposure to that kind of visual?

Yes! I’ve always been into fantasy (I mean who doesn’t love a good fantastical narrative). My mom used to collect huge quantities of VHS tapes and so as a kid I’d spend hours and hours watching them. So I think being exposed to vast genres of film really set the stage for my crazy creativity.

What initiatives, activists, which writers, directors, public figures etc. do you think are changing the game for trans, femme, PoC representation at the moment?

There are so many to name to be honest! But to name some of my favourites are Rashida, River Moon, Bri Malandro ,Gwen Parris, iconickbeauty and Aaron Philip. They all contribute to showing the talent, knowledge and relevancy the community has and its so amazingly inspiring. They make me want to push harder to making space for more creatives.

If you could have any supernatural ability what would it be?

Shape shifting, definitely. It would be rad if I could express the different parts of my personality with animals so it’s like in its raw true form. 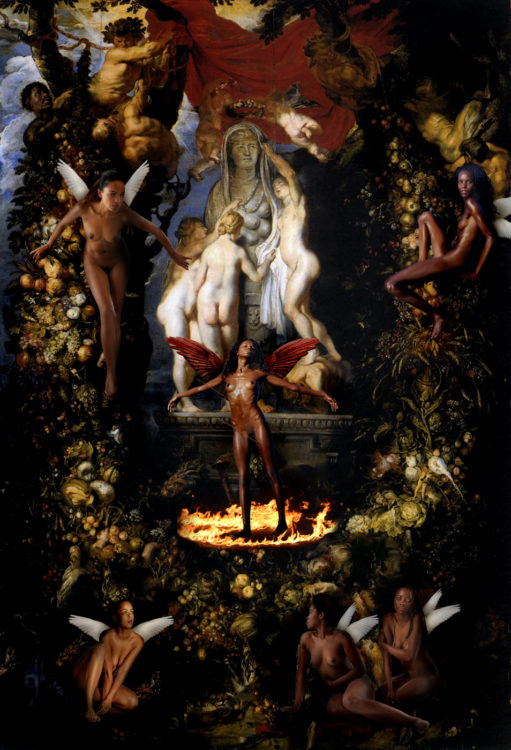 Your images are largely concerned with power—how would you describe the relationship between possessed power and perceived power?

I believe marginalised groups have more power than they think they do, kinda like an untapped power, and I think people used their perceived power only use it to benefit them rather than the rest. Even if helps only by a fraction, I want my art to unleash the power in marginalised and oppressed groups.

When do you feel the most empowered? What do you think is the best way we can empower each other?

Creating is a big part of feeling empowered. A lot of the time black and brown people can’t outwardly express their true selves so art can really make you feel in control and something you’ll never lose.

Who is your favourite mythological character and why?

Mermaids and witches. There’s something really inspiring about these femme characters and their complete autonomy. Across all cultures and countries, a femme body in complete control of herself strikes fear into men which is always a plus in my book. 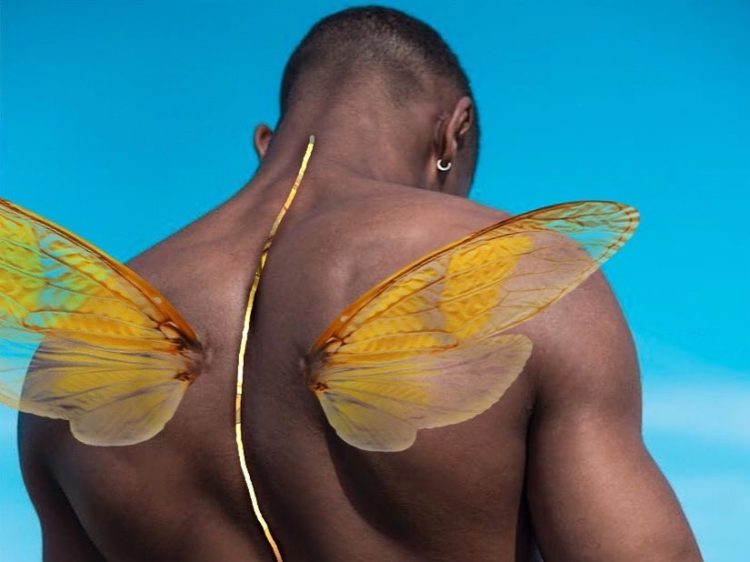