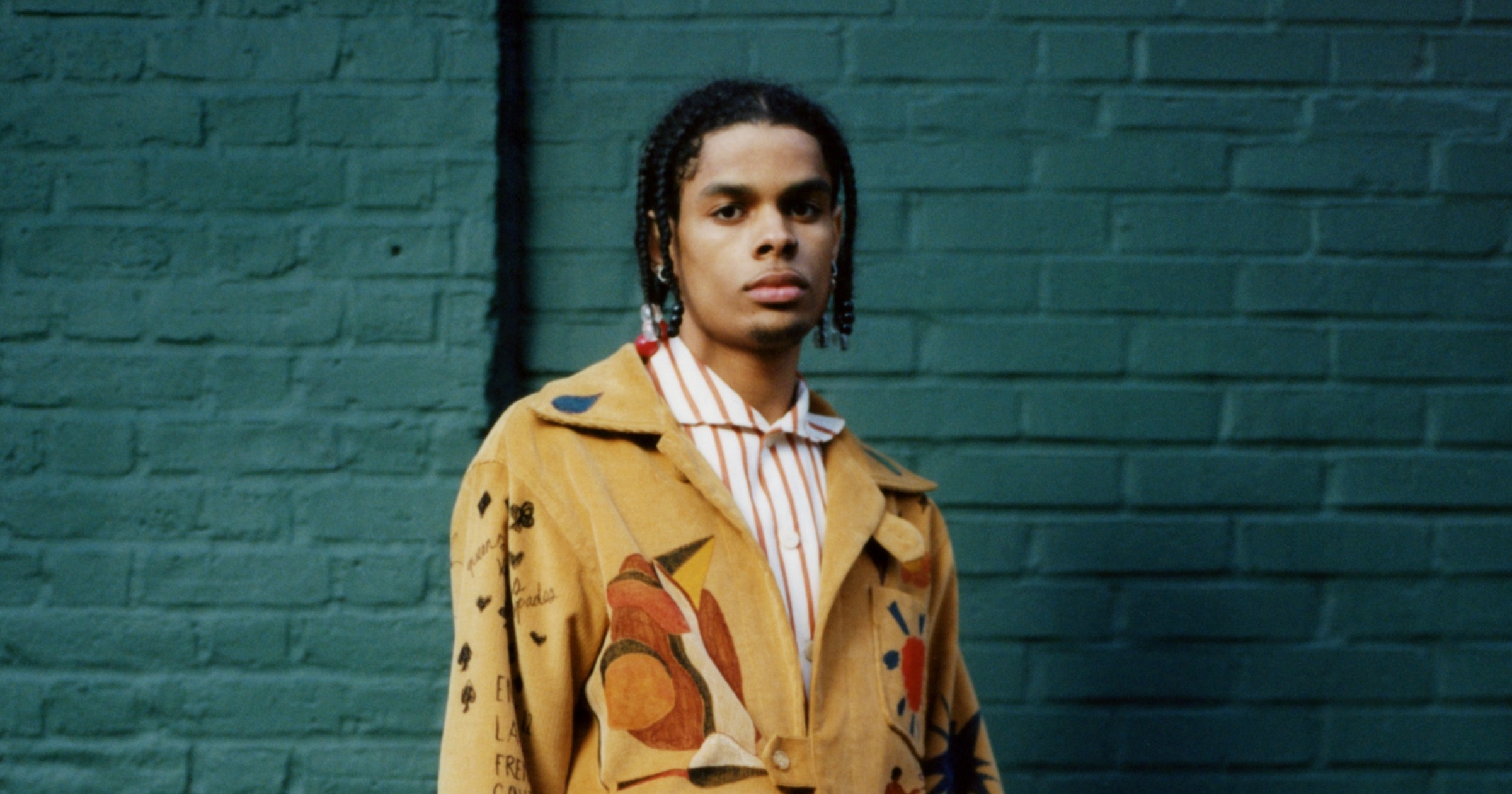 BODE IS THE CHILDISH GAMBINO-RECOMMENDED BRAND DEDICATED TO DEADSTOCK

Unlike the short, three-year lifespan of her eponymous brand, the handiwork of New York designer Emily Bode is rooted in the antique. In the form of boxy, yet delicate, menswear silhouettes, the message of Bode is simple—repurposed garments that tell “personal narratives”, she explains. Indeed the Parsons graduate and Marc Jacobs alumnus works best when inspired by people. Her recent AW19 collection, for example, was inspired by the life of a fellow archivist—New York gallerist Todd Alden—and was composed using eBay treasures and vintage baseball cards. Before this, 19th-century quilts, grain sacks, French bed linens, and novelty souvenir T-shirts have all been pulled down from the attic for her collections. Whether by way of applique, patchworking, or quilting, Bode breathes new life into these rare remains, and in turn, they imbue each of her collections with a soft haze of nostalgia, an emotional history. Her’s is an aesthetic that seems custom built to be viewed through the grain of an analog camera, in the golden hour.

With such a sentimental weight placed on the past, you might wonder where Bode’s work stands in the modern sphere. But the designer hasn’t only made foraging for forgotten fabrics fashionable, she’s making it relevant. Through her waste-conscious attempt to urge the contemporary market to buy less, but wear longer, Bode pieces are designed—or destined—to become heirlooms. It’s a romantic and rather extraordinary notion, particularly when you consider Bode’s cult-like status among celebrities—will Ezra Miller or Donald Glover’s Bode purchases be passed down their respective family trees? With one-off pieces this beautiful—and utterly timeless—it’s certain that anyone who owns a Bode is bound to keep it close throughout fashion’s changing seasons.

Before her patchwork pieces get the chance to stand the test of time however, they’re being placed upon the prestigious LVMH stage. In light of such a laurel, we caught up with the 2019 finalist and talked antiquing, working retail, and her 400 milk cap raincoat.

What first sparked your curiosity in fashion design and how did that grow into a career for you?

I’ve always wanted to work in fashion. I don’t think that I always necessarily understood what that meant, but when I was a kid I was really drawn to clothing. When I moved out of my parents home a few years ago I found these scrapbooks full of drawings of dresses that said: “comes in 3 colourways.” So I was always into design. Throughout high school, I thought I was going to be a stylist but in Parsons, I took a particular class where we had a menswear project, my professor was so lovely and allowed me to experiment with menswear and it kind of just took off—by senior year I was full on only doing menswear. It’s just been something that has been really natural for me, and in terms of textiles, my interest has always been there because I grew up sewing and craft making with my family.

Where did your archival interest in antique materials come from? What’s your process now for finding these textiles for a collection?

I grew up antiquing, we have amazing antique markets in Atlanta and both of my parents are from Massachusetts, so in the summer we’d spend a lot of time there and we’d go to a lot antique and summer markets. That’s also where the idea of collecting came from, my family were always really into collecting antiques and still today I enjoy sourcing a lot of it myself. I try to source as much as I can in the summertime because we have the most amazing outdoor markets in and around New England. When it’s not the summer time I work with antique dealers and sourcers that I’ve known since I was little because I’ve gone to these markets for so many years.

Would you say that an appreciation for worn or second-hand materials is more or less prevalent in the fashion industry right now? Do you think that there might be too much of an emphasis on things being new?

An emphasis on something being new I don’t know, but I think a lot of people are attracted to the idea of storytelling now because what they’re seeing their customers respond to, and their customers are responding to storytelling and the images behind that, so a lot of processed images concerning the history of the garment or the factory. You definitely see a lot of bigger brands diving deeper into the historical narrative of their own company. In terms of the culture we’re now in, I think it’s very attractive to the customer.

What are your biggest aesthetic inspirations? Who would you say is your design muse?

Each of my collections are inspired by personal narratives. I follow the familial history of someone I’ve had a close relationship to or someone who has a similar sentiment to collecting or was raised in a culture of collecting. The aesthetic of the collection is often dictated by that inspiration, but of course, there are running themes through all the collections. We primarily make clothing inspired by domestic textiles, so that’s anything that has been in and around the home or has been made for the home. And my design muse is my friends, I still collaborate with friends of mine that I met when I was a first-year student at university here. The people I surround myself with and those who work with me on the brand are very important.

What’s the most experimental or ambitious piece you’ve tried to make in your collections?

Well, this past season we did raincoats with PVC and each raincoat had upwards of 400 milk caps encased in them. So that was a crazy challenge just trying to get them to stay. The penny one was even more of a challenge because the pennies are so heavy that they not only want to tear the PVC, but they will fall within their little enclosures. So that was an ambitious one, that was so crazy to figure out!

If you had to pick one, what would be your most regrettable teen style phase?

I mean growing up was a huge part of understanding what sticks and what your style is, for example, my studio now is very reminiscent of what my childhood bedroom looks like. I have a pretty big hat collection on the walls that we use for styling but that initially came from just collecting! In terms of teen style phases – certain nail polishes I can’t believe I wore. Every time I see people with yellow nail polish, that is something that I really remember. Or black nail polish—I just don’t think it looks very good…

If you could give one piece of advice to aspiring young designers today, what would it be?

I would say intern at as many different places you possibly can. And also work retail—that’s like a huge one. I’m a little shocked to see kids trying to work in fashion who have never worked in a store before. I think you can learn about so much, from what people are buying, why they try clothes on and why they don’t, how things are hanging in display or labelled, to how you ship things out. You know a lot of the processes and procedures that I have in running a small or young business have come from working retail. It’s not even from internships necessarily, a lot is through internships, but becoming familiar with the process of having the product come to you and then back out to the customer, it’s really helpful to work in a store.