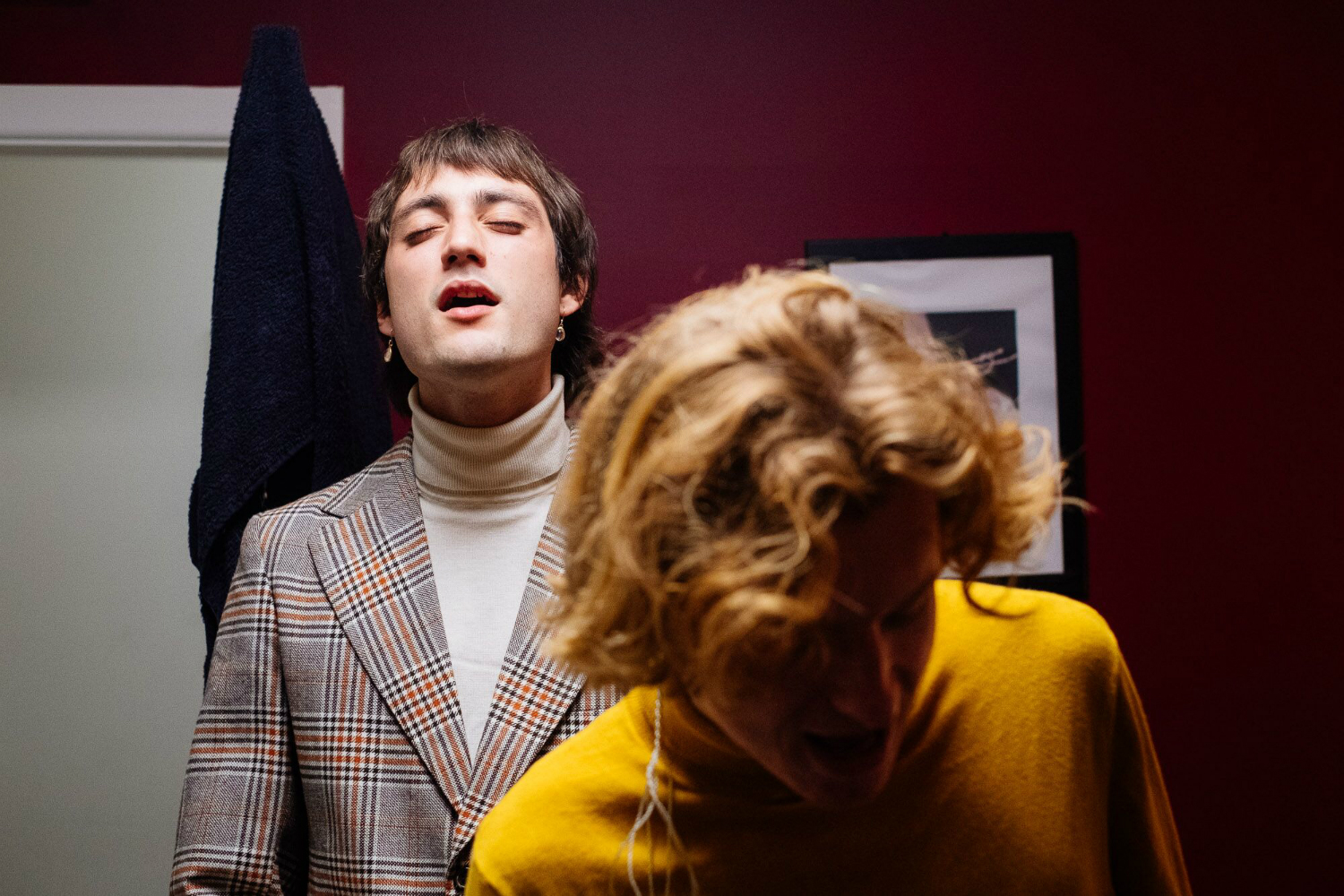 PARCELS ON BRINGING INDIE-POP BACK ON TOP

With the rise of EDM in pop and an overall increase of electronic influences throughout all of music, one may have thought indie music to be dead, a relict of times long gone. However, looking back at 2018 and the prosperous year it proved to be in terms of music releases, it seems there’s been a shift back to mellow, feel-good guitar jams, acoustic slow burns and slightly cheesy pleas of naïve, young love by long haired, semi-post pubescent beach boys.

Somewhere in the midst of all of these things we see Parcels, a handsome quintet from Australia, that has—over the course of little time—stolen our hearts with their effortlessly good mood-fuelling, disco-funk-infused bops. In reminiscence of their parents’ records and the music they grew up with, their undeniably ’70s throwback sound has managed to strike a chord with people all around the globe. The Daft Punk-approved band of childhood buddies settled in Berlin to find their big break—a city known cherished as a starting point for artists of every trade to experiment and navigate fluidly through genres and areas of expertise. Fittingly, we sat down with the group in said town, just hours before their final show of the year, as they prepare to put an end to their seemingly everlasting tour, concluding in their hometown-of-choice before exchanging German frost bight for sunny holidays down under. Together, we looked back at their fondest memories of 2018, how they settled on the sound that’s helped them bust glass ceilings, and what it’s like to merge friendship with business. 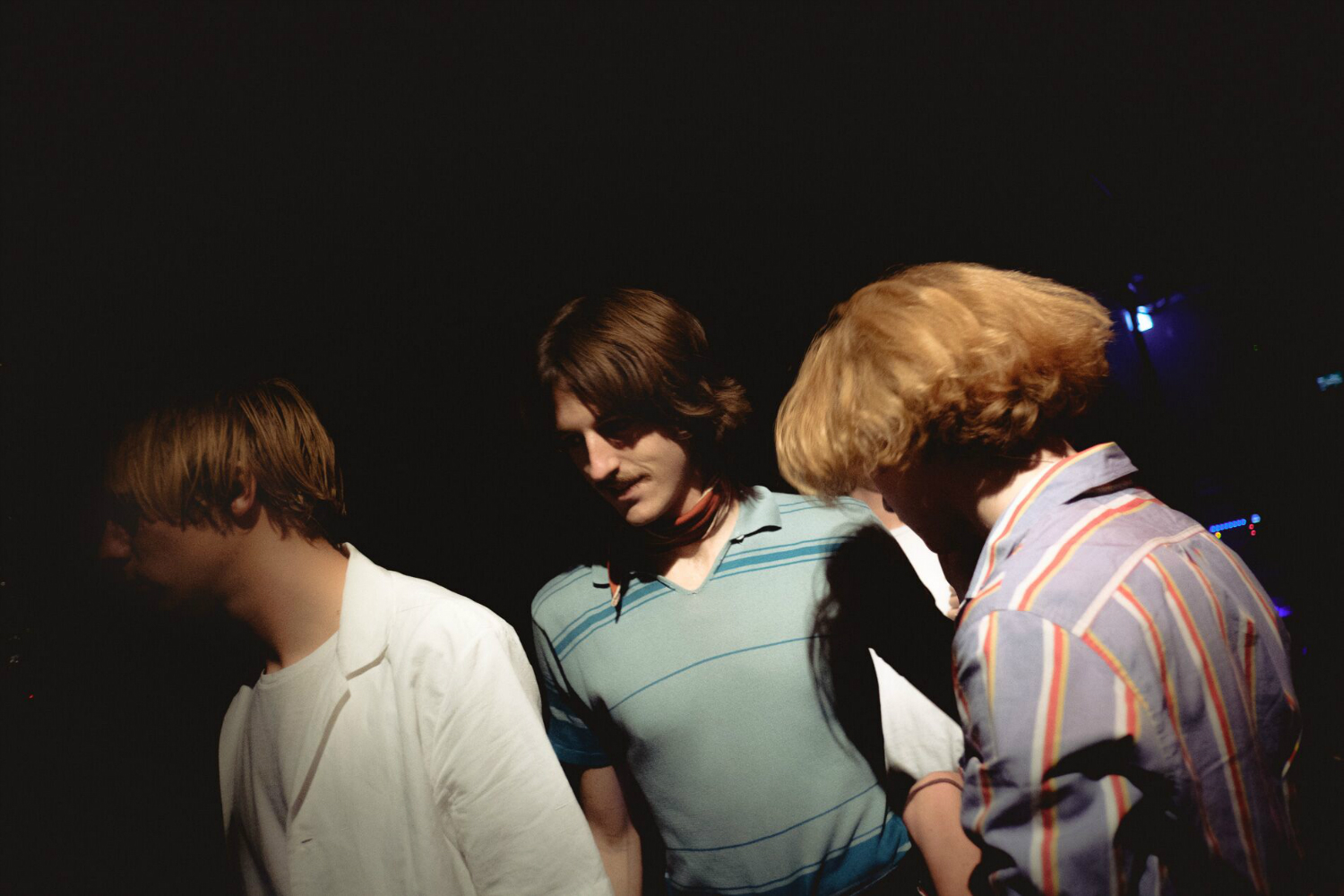 Of all places, why’d you decide to set up camp in Berlin?
We kind of had an idea of the city. We had heard of its electronic music scene and knew a couple of bands back in Australia that had been to Berlin and shared their stories. It was a pretty spontaneous move. One of us had been here for a holiday, stayed in Mitte and didn’t like it [laughs].

Mitte won’t necessarily provide you with the “Berlin-experience” praised by so many.
Nope, not at all. But we didn’t really think it mattered where we went, as long as we were together. It just seemed like a good idea to get away from Australia.

How come?
Just the music scene. But also the adventure. We didn’t really know anything about Germany or its musical landscape, it just seemed like a fun thing to do after school [laughs].

So, have you all known each other for that long, too? Do all five of you go way back?
We’ve known each other quite long, yeah. Some of us know each other longer, but by the time we were, say, 13, we’d all come together.

I imagine it to be tricky to go from friends to colleagues, so to speak.
It’s surprisingly easy. Sure, we spend A LOT of time together, but we’ve managed to keep things pretty casual. Rarely do we clash over friendship vs. business. There’s too many stories of mates-gone-bands where they all ended up hating each other in the end, and we’re very aware of that. We don’t want to get on each other’s nerves too much, we try to keep things as relaxed as possible. 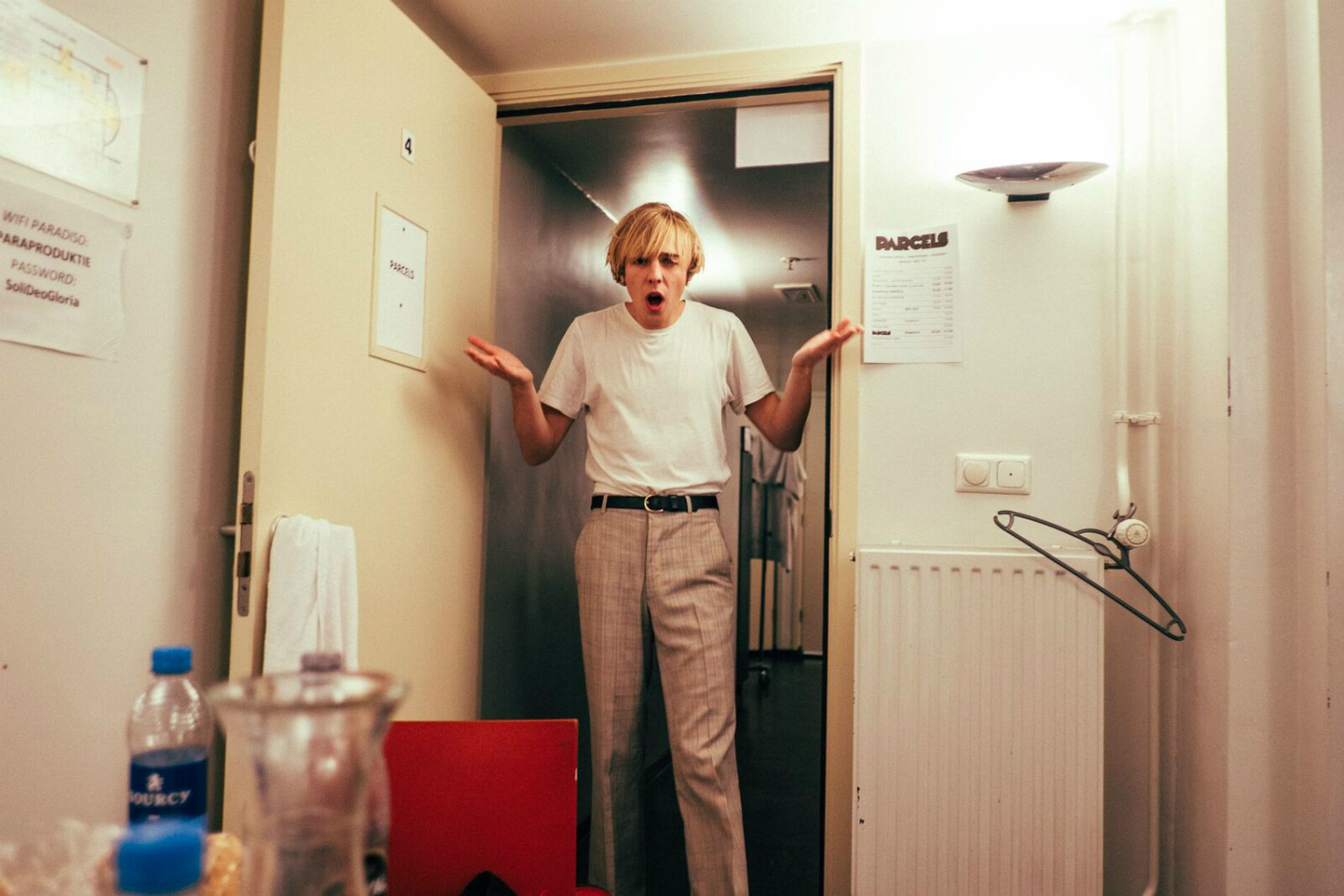 You experimented with quite a few genres, and unsurprisingly Berlin’s techno identity seems to have inspired some of your earlier work. That being said, the songs you make now have little to nothing to do with rough, lyric-less techno or the other areas you’ve dabbled in. How did you end up with your current style?
It was all a very natural progression. We didn’t come here to make techno. But, truth be told, we had a relatively ignorant idea of how things were done over here. A lot of local music is made by DJs with a very specific angle. It’s influenced us in some ways, for sure, but maybe not in the way we initially expected it to. We enjoy the dirty, raw, drum machine sound and it has somehow helped shape us, definitely. But even so, at the end of the day, we make pop music. It all boils down to returning to your roots, returning to the music we grew up with, very unrelated to the music you hear here. For the longest time, it’s just been us playing our instruments. It’s been a journey.

You said that a lot of music you used to listen to flows into the music you make now—what kind of stuff were you referring to?
We listened to a lot of soft rock, soul—anything ’70s, really. We’ll never really get away from that, I think. A new discovery we’ve made—and something that’s very apparent on our record—is exotica. The Beach Boys, who also ventured into the genre, inspired us greatly. And we also went back to ’50s and ’60s. But you’ll hear some more modern stuff as well, ’90s references, for instance. We used to do more folk-y stuff, and you can still find that in our music now, maybe not at first listen, but it’s in there. Instrumentally, Steely Dan or Marvin Gaye are kind of our guardian angels.

You’ve worked a lot with Daft Punk—a duo notorious for fusing futuristic electronica with nostalgic elements of the past. How was it to work with them? And how have you incorporated this duality of old and new into your debut?
That’s the thing: they, too, are really into the kind of mix that we like. That’s how we connected. They have such a huge palette of music in their minds, and they draw inspiration from so many genres. That was the bond, they saw that in us, that we were also fans of combing pieces that others may feel are incompatible. They came to see us at a show in Paris, and meeting them, being able to work with them and pick at their brains was such an amazing learning experience. They gave us such a better understanding of production. They were pulling songs and references from every place imaginable. They didn’t limit themselves, but were so specific at the same time. And then there’d be these Eureka moments, where they’d find what they were looking for, what they were waiting to hear. We trusted them greatly. They mentored us and really changed the way thought of the band and how we want to move forward, on a personal and professional level.

The drop of your first proper full-length was around and about two months ago. What’s happened in the time since?
Nothing, really [laughs]. It was such a big project, and it took months and months. When we had finished it, we were so stoked. But in the industry, unfortunately, there is this long waiting period, where the label prepares the release. That’s when it gets kind of tiring. You just kind of wait, the excitement wanes, and by the time it’s actually out and everyone’s asking you about it, it’s so far in the past, it’s off of your mind already. So many of the moments you anticipate prior to having the actual experience turn out to be less magical, in a sense [laughs]. 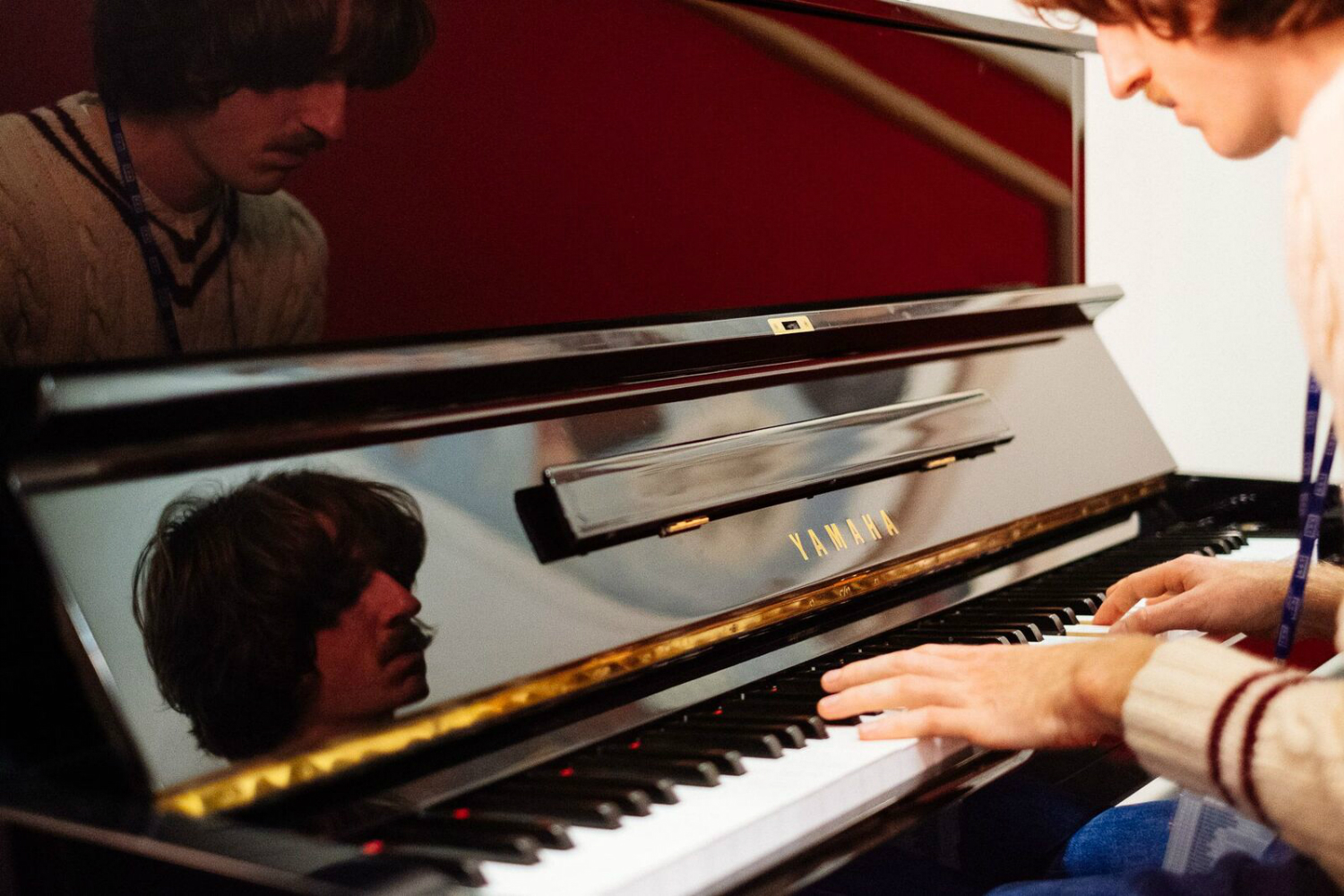 Speaking of industry disillusionment—how have other things differed from the way you’d imagined them beforehand?
You know, the good and the bad are kind of as you’d picture them. It’s still hard to think that this hobby is now our business. In the beginning, that was something we got excited about, but now the excitement’s kind of worn off. We’d just rather play music and not think too much about the circumstances surrounding it. But we wouldn’t be here if it weren’t for the way this business works, whether we like it or not. So, we’re grateful. That’s just the double-edged sword of being signed musicians.

Every track on the record is titled with words put together to one word—was that an artistic choice of some sort?
For the record: definitely [laughs]. No, in actuality it started because one of our laptops had a broken space bar. So, when we sent tracks for our first EP, there was no way around it. And we’ve just stuck with it throughout. We actually like that it came through a rather stupid coincidence as opposed to having been created within a brainstorming session next to a white board, thinking “Let’s put all the words together, let’s be different” [laughs].

The actual story does sound less pathetic than pretending to see creative depth in it, I must say. But finally, tell us about the band name.
Well, that’s not as fun or exciting of a story other people often hope it to be. A sign that read ‘parcels’ was at our local train station. And Louis [band member] stole it, and hung it in his house’s basement, where we used to hang out all the time. The sign already looked like a logo, you could see an entire business behind it already [laughs]. We tried to talk others into taking the name. But when the time came and we couldn’t really come up with a fitting name for our own band, we resorted to ‘parcels’. There was never an alternative.