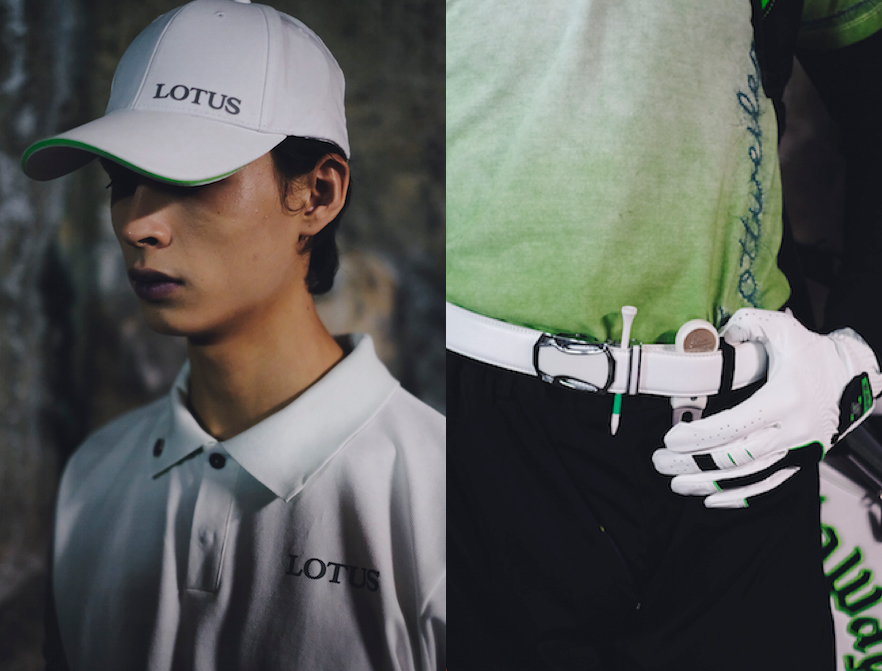 BEHIND THE SCENES AT COTTWEILER’S UNCONVENTIONAL COUNTRY CLUB COLLECTION

January sees many of us picking up abandoned yoga mats, dusting off sports gear, loading up sports bags and venturing out in a bid to abide to the “new year, new me” adage we optimistically set ourselves. But for London menswear notoriety, Cottweiler, sport is a constant. Last season saw models grace the catwalk garbed in head-to-toe tech-wear and armed with yoga mats. And in yesterday’s unorthodox AW19 presentation—held in a dingy brutalist carpark, 12 floors underground—designers Matthew Dainty and Ben Cottrell took the conventions of the country club and turned elitist sportswear on its head. In a collection characterised by neon club bags, golf-inspired belts (equipped for teeing off) and sneaker-loafers produced in collaboration with Reebok, the two LVMH-nominated designers fused elements of the industrial with recreation and leisurewear. Centre stage, urinals were refashioned as fountains, spraying out water while models cruised through the space in the label’s infamous forward-thinking sportswear influenced aesthetic.

A refreshing take on the sportswear trend that’s been spamming the fashion world for the last 8 seasons, Cottweiler’s energetic collection was an ode to the lost art of cruising and the affects that technology has had on human face-to-face interaction, and—in all its tennis balls and golf gloves—a nod to the verb at the heart of sport itself: play.