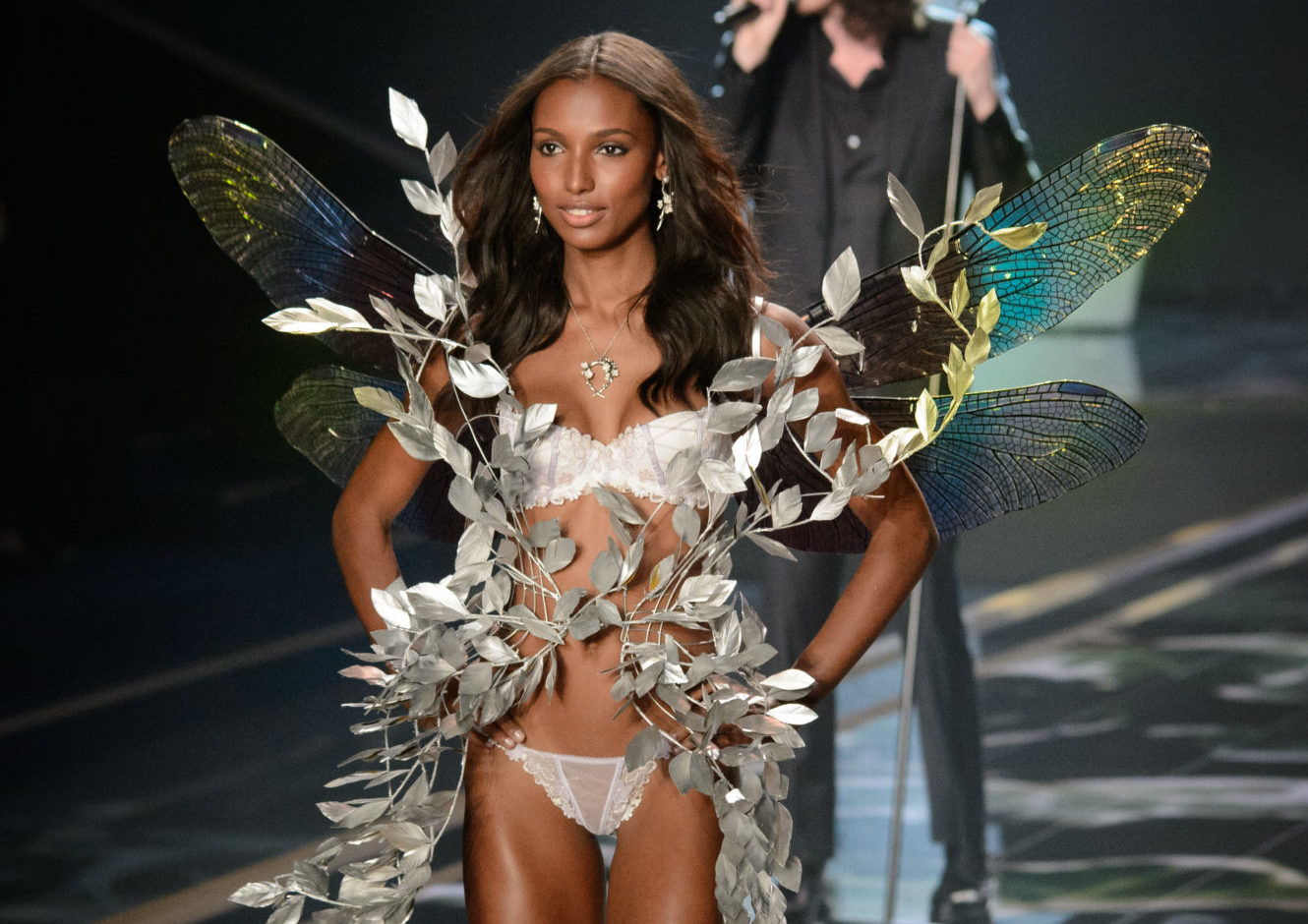 Earlier this week, after nearly two decades, Victoria’s Secret has announced that it will no longer be hosting its annual globally televised Fashion Show. With a huge fan following (the brand have nearly 69 million followers on Instagram alone), the show is infamous for its Angels—the plethora of fashion’s top lingerie models, notorious for walking down the runway donning triple XL angel wings and tiny underwear.

Victoria’s Secret was founded in 1977 by Roy and Gaye Raymond with the vision to provide women with an alternative to the boring, pragmatic, unsexy lingerie that had previously existed (and distastefully only sold in multipacks) by making lacey thongs and push up bras the norm. The first show was hosted at the Plaza Hotel, NYC in 1995, under the leadership of Ed Razek who has been responsible for organising the show since its inception. The first live webcast show in 1999, brought in nearly 2 million viewers (causing the site to crash) who watched models—including Tyra Banks and Heidi Klum—walk the runway dressed in silver angel wings with matching satin and glitter bras. The concept of the Angels—the crowning of certain models in a hierarchical fashion amongst their fellow model peers—began when Karen Mulder was named the first (followed by Tyra Banks) strutting down the runway in the first ever set of wings. But the Angel status was an honour only bestowed on the industry’s crème de la crème. While there has never been any official information confirming the criteria by which one was named Angel, our best guess is a combination of popularity, commitment to the brand and—of course—physical appearance. Over the years the brand has been joined by the likes of Gisele Bundchen, Adriana Lima and Miranda Kerr, and viewers have tuned in in their millions.

But during an earnings call on Thursday last week, Leslie Wexner (CEO of the label’s parent company) announced the decision to cancel the Victoria’s Secret fashion show. I, for one, couldn’t be more pleased.

For me, the Victoria’s Secret fashion show takes me back to my teenage years. Memories I have associated with the annual event are primarily of my adolescent male classmates staying up late on a school night to watch these superhuman supermodels strut down the runway in feather and lace. Aside from the unnatural beauty standards this was setting for my gang of 14-year-old girls and I, we also bore witness to the ‘best-to-worst’ girl of the night rating contest that would take place the following day. It’s no wonder I spent a majority of my teenage life frustrated at my five feet tall Indian mother for not genetically blessing me with never-ending legs. And it is no wonder that a huge majority of young girls are overwhelmed with the endless process of self-enhancement. It is through the consumption of media such as (and especially) Victoria’s Secret fashion show that girls are forced to accept the sexist attitudes that allow their bodies to be treated as purely object of desires.

So when I heard that show is cancelled for this year, a certain level of my teenage angst is mitigated. I sigh in the relief of knowing that one less article will be published on the infamous Victoria Secret Boot camp. (Whatever will I do without 15 fitness tips from this year’s Angels?)

Though Victoria’s Secret’s reasons may not be as honourable as we want them to be—citing their focus on evolving their marketing strategy by placing more focus on digital efforts—it is the overwhelming response of the public that gives me hope. Although I am gauging the reaction primarily through impassioned tweets, comments and articles it has sparked, it is evident from people rejoicing in the death of the show and the support the decision has garnered that the brand has no place in today’s market. It is a result of continuously failing to be more inclusive, whether that involves a diversity in body representation or the unacceptability of Razek’s transphobic remarks from 2018.

It feels as though finally the work being done by our generation of feminists—that has helped push for #MeToo and created the call out culture we’ve so desperately needed—is finally beginning to see some results.

It is the encouragement we need to continuously call out our partners, brothers, friends and bosses when they recite yet another sexist joke—no matter how uncomfortable an atmosphere it creates. It is our collective responsibility to speak up, correct and educate, not just for ourselves, but also for those who cannot. But such efforts are exhausting and often seem fruitless. So when we are given victories like the deletion of this year’s Victoria’s Secret fashion show, it must mean somewhere, somehow, our efforts are paying off.

i’ve had so much pasta since this day

Of course, our work is by no means done. Saying we have a long way to go in the face of claiming equality, is a vast understatement. But it’s important to take our victories where we can get them,  and personally this feels like an important hurdle we have overcome, not to mention one that has been a long time coming.

I look at this victory as the ammunition I need, when sometimes fighting seems like a lost cause.  It evidences our ability to create palpable change. In this case it might result in the next generation of young girls to have a few less hyper sexualised ‘role models’ dictating societal beauty standards, and that is a victory I am happy to accept.