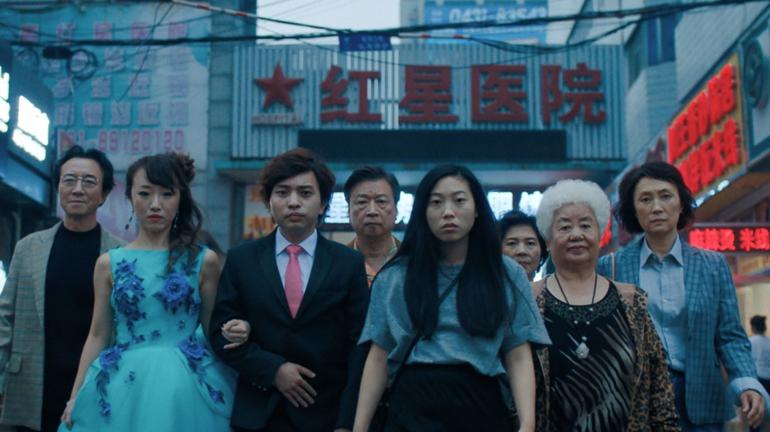 ‘THE FAREWELL’ IS THE UNMISSABLE CHINESE FILM THAT LIES ABOUT DEATH

When my mother died, I was 15 years old. I did not understand the concept of grief, but what I could grasp from my Jewish mother’s lasting requests: I’d promise her to see a therapist after her death. This conversation occurred three months prior to her passing, and when I saw the trailer for the new film The Farewell, I thought I’d see my experiences painted across the screen.

Instead of leaving the cinema a blubbering mess, I left solemn but with a new appreciation for life. The Farewell, written and directed by Lulu Wang, is the first film to show me pain so piercingly loud, not by words or actions, but by suppression. The A24 film, starring Chinese-American rapper and actress, Awkwafina, who plays the role of Billi in her first serious breakout role, and Zhao Shuzhen, 75-year-old Chinese native actress, who plays Nai Nai, is a cultural marker of many traditionally Asian, familial dynamics and displays the conflict that diaspora causes in Awkwafina’s character struggle of navigating her homeland and her American-ness.

The film centres around the elderly Nai Nai, who is suffering from from stage four lung cancer and has mere months to live, and her family’s decision to hide her prognosis from her. In other words, it’s about a dying woman who doesn’t know she’s dying.

According to the Financial Times, and a survey of Chinese physicians, it’s commonplace in China for doctors to first disclose a cancer diagnosis to family members without the patient present, thus allowing them the opportunity to keep such a diagnosis secret. In Chinese culture, shielding loved ones from hurt and sorrow is an often necessary measure taken in the face of sickness and death, but it’s a foreign concept from my Puerto Rican & Jewish upbringing—we talk, and we’re loud. Yet, such actions are not uncommon in China, and this kind of shielding is quite an interesting and thoughtful tactic used to drive away fear.

“Chinese people have a saying: when people get cancer, they die,” says Billi’s mother (Diana Lin), which stirs a few laughs in the theatre. “But it’s not the cancer that kills them, it’s the fear.”

When Awkwafina’s character Billi, Shuzhen’s granddaughter, is instructed to stay in New York and denied the right to say goodbye to her grandmother, she pushes past her parent’s requests and travels to Changchun, deciding to bring the whole family together for the last time at her cousin’s impromptu wedding. Born in China but brought to the States during her early adolescence, Billi struggles to reconcile her Western mindset with her family’s Chinese one, and battles with the decision they’ve made to rob Nai Nai of the human decency of knowing how much time she has left. To the best of her ability, she conceals the sorrow that seeps from her forced grin, as her Nai Nai greets her with “stupid child,” a term of Chinese endearment.

The time spent in China planning the wedding of her cousin, and bride (who had only been together for three months), allows the family to spend and cherish their lasting time with their matriarch. The visit is pure, full of small yet important moments, and this element of secrecy is an underlying premise of the film. The structure and plot ceases to reveal much about the inner thoughts of each character—emotion is shown as a novelty, and a privilege—something that resonates with the mentality of Billi’s Chinese family.

But while the film may conceal emotions, Wang doesn’t shy away from bringing stunning portraitures to the screen, with breathtaking head shots, reminiscent of Barry Jenkins Moonlight. Each character’s deep eyes, smile or lack there of, sprawl their hidden emotions for all to see without directly saying it. Interactions between characters, whether warm or cold, still present an aching so real the audience can almost feel it.

And that’s the thing: Death does not have a singular definition or feeling. How one chooses to shed light and love upon the matter is distinctly unique and personal. While many cultures are more vocal about their losses, others are told for generations they must stay strong. Such as the title and the tradition proclaims, a farewell is not a final goodbye, but rather a more dignified ‘see you later’, and Wang shares this experience in the most thoughtful way I’ve ever seen.