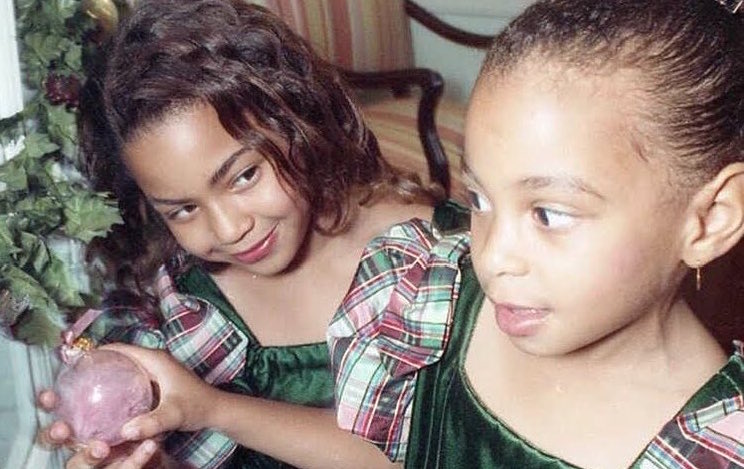 We live amid a cultural climate oversaturated with nostalgia. It’s a word we hear so frequently—in every aspect of our lives—that we’ve perhaps forgotten what it really encapsulates. Our understanding of this charmingly retrospective concept is inextricably tied to generational circumstances—TV shows, hit movies, fashion trends and musical moments. Often, the concept of nostalgia, and our perception of it, is whitewashed and limited to the mainstream cultures prevalent at the time—repeatedly resulting in sheltered and cherry-picked accounts of what specific groups of people want to see, rather than catering to other marginalised communities as a whole. Until now. Enter the Instagram account schooling and serving us the real deal—@rewindbeauties.

Rewind Beauties is an account archiving fierce and glorious moments from the ’60s, ’70s (and beyond), with a key focus on people of colour and women. Its aim is simple: “intersectional nostalgia”. London based Mica, the creator of the account and a political curator in her own right, tell us “I love delving into the past, especially the ’60s and ’70s because there’s both so much pain and beauty—as well as so much for us to learn! I was tired of the lack of representation on many accounts, so just decided to create my own that focuses on inclusion and the importance of intersectionality”.

The account chronicles the late 20th century via countercultural representation and through an array of defining moments for WoC. Garnering 27.5k followers, it’s one of the largest Instagram accounts of its kind, openly and fairly and portraying nostalgia in its most inclusive form. From old advertorials and documentary photos of political uproar, to baby celebrities and classical movie stills, Rewind Beauties exhibits it entirely, gracing us not only with the all-embracing nostalgia we really need, but with an education too. As Mica puts it, “Rewind Beauties is a hub for those who enjoy history and style, and actually give a fuck about injustice”.

A “wistful longing or sentimental reminiscence”, nostalgia applies to more than just one specific time period—not that our current infatuation with ’90s flip phones and ’00s Paris Hilton does much to attest to that. @rewindbeauties bridges that gap, pulling rare and vibrant content from the dazzling decades prior. The ’60s and ’70s marked political change, warfare and huge cultural shifts—from The Beatles and Rolling Stone Magazine to Civil Rights and Indira Gandhi, the first and only female Prime Minister in India—yet they often escape millennial consciousness, precisely because they’re not nostalgic first hand.

It’s so important that archives like Rewind Beauties exist in order to elevate powerful women and people of colour, as well as create a community and network of shared appreciation and recognition. By pointing out and acknowledging our differences, we end up successfully building alliances and more principled coalitions which help us move forward and progress with a better understanding of how our cultural structures really affect other members of society.

The term ‘intersectional’, which was coined by Kimberlé Crenshaw in 1989, has become a buzzword in contemporary culture. Originally stemming from analytic theory, it essentially suggests that different groups of people exist and that they’re all affected by varying sectors of society in disproportionate ways. South Asian women and black trans women, for example, are undoubtedly more afflicted by racial and socio-economic dimensions than white cis women are. Intersectionality highlights the fact that we cannot just look at one viewpoint—we need to do our best to see the bigger picture, and take into account the concerns of overlooked communities.

Rewind Beauties does exactly this. By showcasing a myriad of individuals, some known and some not so known, from Indian actress Kajol Devgan and the young Diana Ross, to Miss Iran 1978 as well as Rosa Parks—this account resets the balance by visually portraying how certain captured moments are nostalgic for people for personal reasons, whilst others evoke a sense of nostalgia due to their vintage feel or aesthetic timestamp. A much better representation of an era full of action, poignant development and historical change, Rewind Beauties brings the well deserved captivating creators of colour to the forefront by showing us just how important and far back intersectionality actually goes.