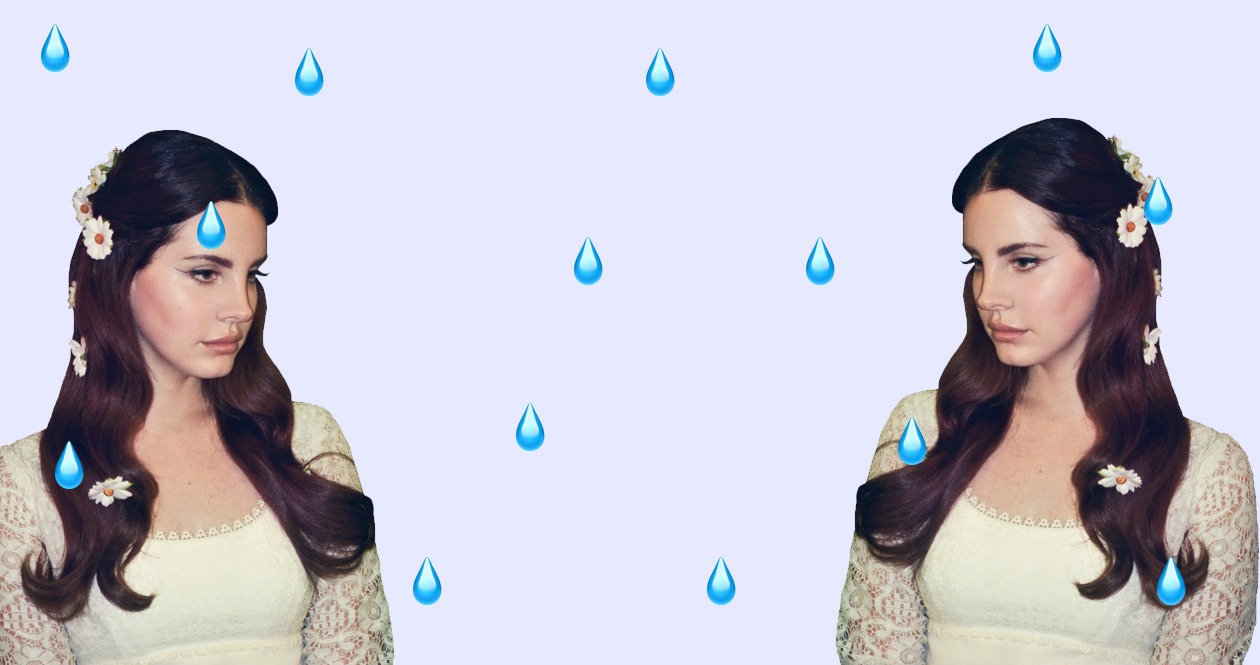 I used to hate to admit it, but in light of recent events I’m utterly unashamed: I’m not a fan of Lana Del Rey. Admittedly, I knew little about her—her music is just not my thing, but this week, following a now-viral post on her Instagram, my passive indifference became an active dislike.

The original post, which was uploaded five days ago onto social media poses a question to “the culture”, and sees Del Rey seemingly call out a stream of WoC artists—Doja Cat, Camila Cabello, Cardi B, Kehlani, Nicki Minaj and Beyoncé (as well as Ariana Grande)—for their choice to make music about “being sexy, wearing no clothes, fucking, cheating etc”, while she, on the other hand, is simultaneously “crucified” for her choice to be “delicate”. Unsurprisingly, the post struck many as being utterly tone deaf, and the singer faced a slew of criticism and hate messages—for good reason. INDIE SS20 contributor Niellah Arboine surmises in a recent Gal-dem article, “Intentionally or not – taking issue with this majority-WoC list of singers for enjoying nudity or being sexy instead of being “delicate” is white feminism 101.”

Arboine is right, intent isn’t really the issue—it’s the sheer ignorance of Del Rey’s choice of words. Shocked and outraged at being dubbed a racist, Del Rey’s blindness to the way her sentiments would be received, how her words echo the centuries old rhetoric that’s been used to patronise—or “crucify” to use her own terms—women of colour, reeks of privilege.

Her bizarre retaliation—by no means an apology, despite having quite clearly offended hundreds upon thousands of people—was a perplexing defence of her words and actions, advocating for “fragility in the feminist movement” and “personal reparations” for culture. Before the video came a follow-up post, which opened: “A couple of final notes on my “controversial post” that’s not controversial at all.” The ‘sorry, not sorry’ was deafening.

When I first saw the post, I asked my colleague, Music Editor and resident Del Rey stan, Max Migowski for his two cents. “I think her intent with those name drops—à la Ari, Nicki and Co—wasn’t to put them down,” he explained initially. “It felt like an example as to how other women in music have used their medium as means to chronicle their sexuality and/or experiences with romance. The artists in question usually did so using more of a “call them out”, “fuck you, and now fuck me”, “don’t need ‘em” rhetoric, whereas Lana’s always been a little more tragic in her journaling of dysfunctional monogamy. I don’t think it was ever so much ‘glamorising abuse’, but more so an uncomfortably comfortable illustration of how she (and we as people) tend to soak in hopeless situations, almost masochistically, for someone we think we can save but can’t-kind of thing.”

But despite being able to better understand Del Rey’s standpoint, ultimately, he felt the same as me. “I remember that she’s never been one to wave a political flag, only vaguely and rarely in form of song, and though I don’t necessarily think anyone has to be loud about their views, to have the platform she has and not do so or not do so in a better executed way is kind of like not voting—you’re too privileged to really care or feel directly affected. The posts that followed just sort of underlined that for me.”

Throughout the now three-stage ordeal, the closest Del Rey has come to an apology is saying, “I’m sorry that the folks, who I can only assume are super trump/ pence supporters or hyper liberals or flip-flopping headline grabbing critics, can’t read and want to make it a race war.” To which Melanie Iglesias responded, “I just want to point out that calling everyone who disagrees with you a trump supporter or extreme liberal is as reductive as someone classifying your music as anti-feminist.”

Ironically, given the self-professed good intentions of her post, and the anti-abuse sentiment, Del Rey’s is the kind of half-assed apology that’s typical of gaslighters and abusers. It’s exactly that “I’m sorry you felt like that” line that takes absolutely no culpability for causing offence, and writes its victims off as ridiculous, and wrong.

The video, which was posted on Monday, four days after the initial outcry, continued along the same tangent. Amid shameless self-promotion—name-dropping her new album and volumes of poetry—Del Rey delivers another almost, yet equally empty apology: “I’m sorry that a couple of the girls… who are mentioned in that post have a super different opinion of my insight.” Lamenting the loss of the women she now refers to as “friends” seems a sharp about-turn from the indifferent sentiment of her previous post—“if the women I mentioned don’t wanna be associated with me that’s absolutely fine by me”.

She also brings FKA Twigs into the equation. “The difference is when I get on the pole, they call me a whore, but when Twigs gets on the pole, it’s art.” Ignoring the fact that FKA Twigs is a professionally trained dancer with over a decade of experience, Del Rey’s huff of “it’s not fair” fails to recognise that the same vernacular apparently being used to criticise her is one that has also been objectifying and belittling black women for centuries. It’s almost as ignorant and eye-roll-worthy as her “don’t ever ever ever call me racist” plea—“the singers I mentioned are my favourite singers”. (‘some of my friends are black!’)

“The way she chose to handle this fiasco is bizarrely insensitive,” Max affirms, “especially because of how she expects to be included in a dialogue from which she is excluding WoC—by now denying them that same entitlement; the entitlement to voice how and why they very reasonably feel overlooked, objectified and outright offended.

I feel like she’s not ‘educated enough’ to make the sort of statement she made. She doesn’t understand that even though it may not be a race thing for her, it’s always a relevant variable to someone else, especially for just about every person she chose to reference. To not (want to) understand that reeks of a type of ignorance, one that signifies ‘I’m about as feminist as I want to be and I want to claim a right of acceptance for my personal experience,’ despite purposefully forgetting that she’s taking away from other peoples’ reality, by negating the undeniable involvement of race in the given context.”

It echoes Reni Eddo Lodge’s definition of white privilege in Why I’m No Longer Talking to White People About Race, “so many white people think race is not their problem,” she writes. “Why don’t white people think they have a racial identity?”

“What makes this whole ordeal so interesting and so difficult to appropriately approach is that her argument could have had a stand-alone value, had she not dragged other people and topics into it—most of whom/which she evidently has little knowledge about,” says Max. “She could’ve mentioned none other than her own name and it would’ve probably legitimised her concerns, or at least made them less attackable. She brought race into this, whether she likes it or not,, herewith sabotaging her own cause by then refusing to look and think beyond the borders of her personal perspective. And then she sabotaged the opportunity to make amends and/or spark or take part in a more substantial debate.”

When Del Rey said: “making it about race says so much more about you than it does about me”, she was wrong. This situation says far more about her than it does about those offended. For as much as Lana Del Rey feels she has not been heard, she is refusing to listen. She has made the conscious decision not to apologise, and in doing so, she’s proved that she doesn’t care to expand her feminism beyond the parameters that suit her. She’s being rightly ridiculed as the white woman crying, ‘this is not a race issue!’ Nope, I’m not a fan of Lana Del Rey.