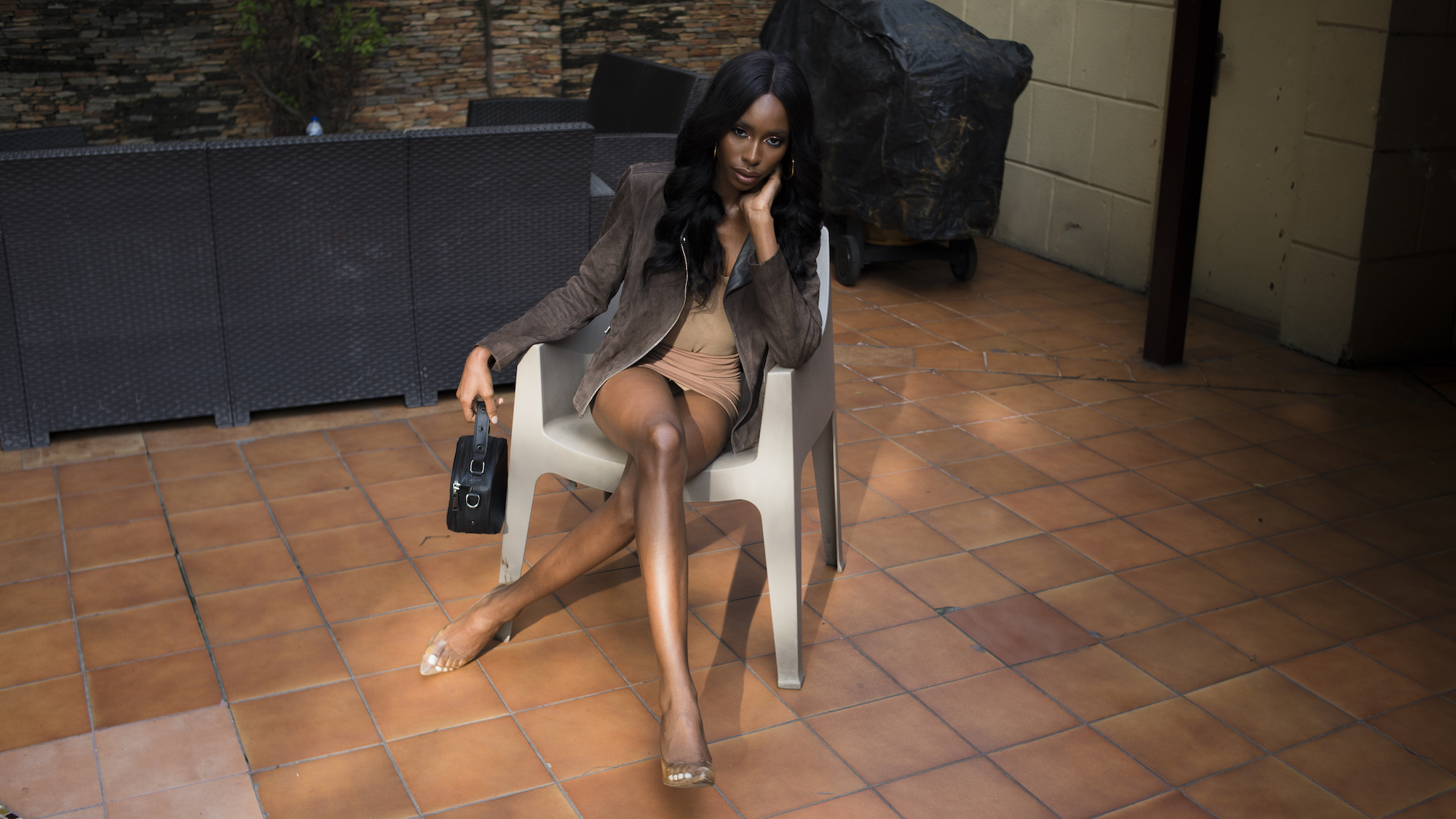 When a 16-year-old Aduke Shitta-Bey ran into British-Nigerian actress Eku Edewor at the supermarket, her whole life changed. After helping a lost Edewor find her way, the two exchanged email addresses and the rest—as they say—is history. Now 21, the proud Lagosian is signed to Beth Model Management, the oldest and most renowned agency in the state (and self-professed ‘most prestigious in Africa’), as well as 20 Model Management in Cape Town, she’s walked for numerous designers and featured in Odunsi’s Star Signs video.  She’s currently working towards launching her own range of skincare, building a clothing line, and DJing parties in her hometown of Lagos.

As part of INDIE’s AW19 print issue, we spoke to Stephen Tayo, Wavy The Creator, Bubu Ogisi, Aduke Shitta-Bey and WAFFLESNCREAM about life in Lagos and how its hype is being skewed by the West.

You became a model at a young age—how did that affect your perception of yourself?

It was hard. I worked really hard to lose weight. In modelling, we always have someone telling us, you look this, you look that, you’re too tall, you’re too short. Over time, I’ve just had to be confident in who I am. So, when people say things to me, it doesn’t really hurt anymore. I always knew the industry was very racist, too, but that’s just a reality that I had. I’ve had to accept the stuff I can do. I only do my best, and if my best is not good for them, I keep trying to do my best. Someone else will recognise me—that’s how I feel.

Do you feel like Lagos has given you those opportunities?

Yeah, I feel like it’s popping, and it definitely can get better. I think if more international brands make it a key focus, Lagos will get better.

And is that something you’re seeing?

I think that’s happening slowly but surely. There’s a lot of talented creatives out here in Lagos—photographers, makeup artists, models, videographers—the talent here is really amazing; they’re just hiding. Slowly the world is beginning to feel our impact. To see us come out and everything. It’s been good. 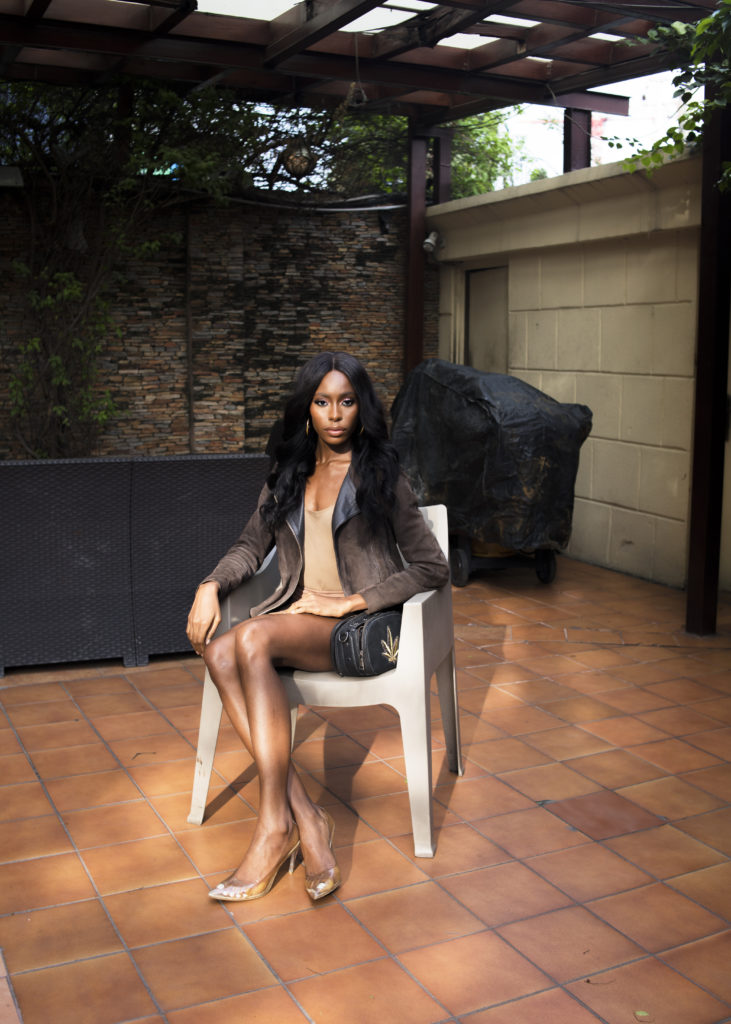 Why do you think there’s this buzz around Lagos?

I think it’s a little bit of fetishisation—there’s a fetish around it. There are people who aren’t even in Lagos who are now reclaiming their Nigerian identity because it’s cool, it’s a wave now—it’s a trend.

Yeah, people who have ‘escaped’ Nigeria. Everyone’s hopping on it, but they don’t know the Nigerian struggle, they’re not here, they haven’t lived it. There are a couple of brands that are fucking with Lagos, so a lot more people are paying attention. I’d use Naomi Campbell as an example because she’s been to Nigeria a couple of times and she pushes Nigeria out there on her social media. People go to her page to get what’s cool now, what’s the trend—that’s what I see it as. Now, being African, being Nigerian has become that.

Definitely. What do you think is the result of that?

In one sense, it’s kind of good, cos people are getting the attention they need, but at the same time, I also feel like it’s kind of lame there are people that don’t really know the Nigerian struggles—that don’t support the Nigerian struggles. They all just want to have fans and also jump the bandwagon. In that sense, it’s not cool, but the fact that other people are getting the attention they deserve for their work and they’re getting jobs and they’re getting known and getting out there—it’s good for their careers.

I think a lot of what’s been said, or who’s been hyped, has been male-centric—women have been written out of the conversation a bit. Do you think that’s actually representative?

I think it has a lot to do with management. A lot of these guys blowing up—they’ve just got a good team around them. I feel like there’s space for everyone. It depends on the management you have—how they’re pushing you. But there’s also a mentality. In Nigerian society, men always feel like they’re better than women. They naturally feel like they’re on top, they’re the head.

And do you think those attitudes are changing?

To be honest, for the average Nigerian man, I think how they feel about women is how they’ve always felt about women. You can be a video vixen or a lawyer or a doctor or whatever—but they have that particular mindset ‘okay, I’m a man, men are better, men are the head.’ But right now, there are a lot of women who are really trying to fight for their rights and fight for their equality. But when we talk about feminism, the Nigerian man—the average Nigerian man—feels like it’s about his wife not cooking for him, it’s about his wife not cleaning his clothes, but me personally, I feel like that’s really none of my business. As a feminist, I’m always just talking about equal pay, you know. Don’t say that, because I’m a woman, you can pay me 70,000 naira and, because he’s a man, you pay him 200,000, but we’re doing the same job. That’s what I’m talking about feminism. I’m talking about domestic abuse in the home. When I’m talking about feminism, I’m not talking about what you and your wife decide to do in the bedroom; I’m just talking about how you treat your wife as a person. Whoever is cooking is none of my business—I genuinely do not care.

Then there are other women who have misunderstood feminism; they’ve misinterpreted it as something bitter and angry. And then those women give men the wrong perception of feminism. It’s a battle, we’re going back and forth, back and forth, but hopefully soon, we’ll see a light at the end of the tunnel.