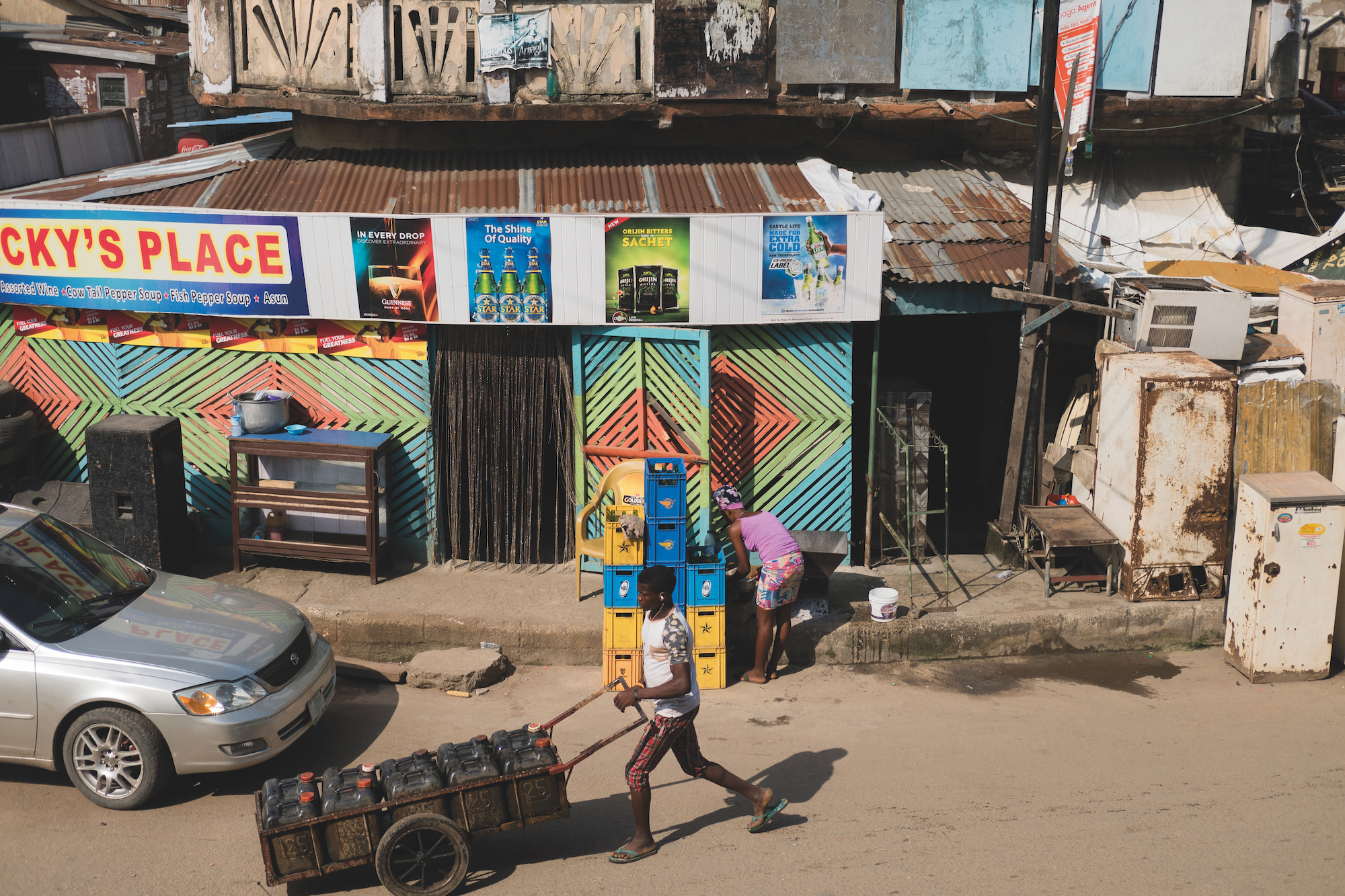 LAGOS’ “COOL KIDS” ARE OVER THE HYPE

“I think we’re doing the exact same shit we’ve always been doing—and even if there was no hype, we’d still be doing the same thing.”— Jomi Marcus-Bello

We’ve all heard the news: Lagos is ‘on the rise.’ The Western media has called it—magazines like us are guilty of spewing news much like it—a new generation of creatives are ‘putting Nigeria on the map.’ Not the map of the world—on which it has only existed since British colonists named it in 1914—but the list of places deemed worthy of our attention,  according to the West.

Despite being the city that gave the world Fela Kuti, Femi Kuti—all of the Kutis, in the nation that birthed Chimamanda Ngozi Adichie, Sade, Chinua Achebe, Asha—the current ‘hype’ surrounding Lagos began in about 2015, and reached an all-time high this year thanks to the likes of Santi, Odunsi (The Engine), and other such stars of the hotly debated ‘Alté,’ or alternative scene. It’s driven by supposedly left-wing, youth-orientated mags—of which we’re fully aware we’re part—but is frequently problematic, demonstrating little or no concern for the way such hype feeds into a hierarchical system of Western supremacy. The rise of Leeds-born, Lagos-based skate crew WAFFLESNCREAM, for example, led one article to proclaim that “this could be the century for African youth,” as if, up until now, youth in Africa did not exist.

Such portrayals are dangerous (though this much seems obvious), and while, for the most part, attention is a good thing—as a new generation of creative talent is afforded the recognition they deserve—positioning Lagos as ‘up and coming’ purely because it’s thus far been absent from the West’s cultural radar is insolent. We’ve also been guilty of similar rhetoric in the past—and it’s something that has to be actively addressed. It’s symptomatic of the prevailing colonialist mentality that has dominated the way people in the West think and talk about Africa for centuries. It’s the same kind of misrepresentation that prompted Nobel Prize-winning Nigerian writer Wole Soyinka to call out the BBC’s Welcome to Lagos documentary in 2010 for its “colonialist” and “condescending” depiction of the city. “It gave no sense of Lagos as what it is—a modern African state,” he argued. “What we had [instead] was jaundiced and extremely patronising. It was saying ‘Oh, look at these people who can make a living from the pit of degradation’.”

But similarly irresponsible—and more frequent—is the tendency to fetishise what model Aduke Shitta-Bey calls “the Nigerian struggle,” or project onto Lagos this cool-kid status, whilst overlooking the fact that the vast majority of Nigerians are not afforded the opportunity to chase creative dreams. To romanticise the rags-to-riches ideology, or frame middle- and upper-class young Lagosians within it, is equally harmful. And in the same regard, to hold Lagos-born fashion, music, and art to the exact same measures and frameworks that exist in Europe doesn’t always make sense—it is to say we only afford validation to those who are able to assimilate, or fit the mould of a Western system, without any want to understand or celebrate difference. And it’s exactly this kind of trope that 25-year-old photographer Stephen Tayo is rebuking through the vibrant portraits he lenses of people in his hometown. “I want to show people: this is Lagos—and that Lagos doesn’t equal Africa,” he explains. “I want to fight the misconceptions that we’ve seen in the media over the years.”

For INDIE AW19, Stephen Tayo captures a cross-section of Lagos’ creative community, as they share their opinions and personal experiences of life, work and creativity, both in and out of Nigeria.

Check back for interviews with Stephen Tayo, Wavy The Creator, Bubu Ogisi, Aduke Shitta-Bey and WAFFLESNCREAM.

Levi's Pride panel is pushing the importance of pronouns