The Western, media-perpetuated view of Iran is one tainted by stories of strife, pain, gender inequality and religious unrest. Its one where women’s bodies are policed, their clothing dictated by the patriarchal powers of the Islamic republic government, and gay sex is subject to the death penalty. But this pervasive image of Iran is desperately recent. Rewind just 40 years, and the pictures of Iran tell a very different story.

Taken for Zan-e Rooz magazine (زن روز) between 1965 and 1978, these vibrant images speak of a bygone era—one that’s been lost to the enduring, regimented aftermath of the 1979 Iranian Revolution. They show empowered women, smiling, laughing, showcasing their beauty and intelligence as part of the prestige of the yearly Miss Iran pageant, conceived by the same magazine. The vintage images see young women styling themselves after Farah Pahlavi, then-empress (shanbanu) of Iran, still remembered for her contribution and vested interest in shaping and upholding Iranian art and culture. Their high-quiffed hair, colourful, garish and indisputably ‘70s clothing is a far cry from the reserved dress imposed upon women in Iran today. While obviously not a complete picture of Iranian society at the time (much of the country was still conservative and disapproving of such empowered femininity even back then), these images evoke more than just nostalgia, but an intense longing for what once was, a past that seems evermore distant from Iran’s current existential reality. 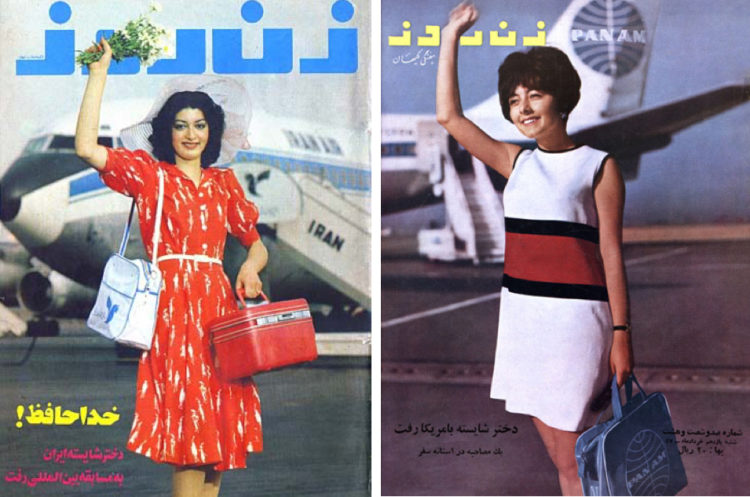 Pre-revolution, Iran’s shah Mohammad Reza Pahlavi had encouraged women’s rights, advocating for education for all and granting women the right to vote. National eventsl like beauty pageants, and initiatives encouraging women in sports were conceived—albeit with a heavy intent on pushing Iran as a country of modernity in the eyes of the West—and these were emancipatory for many Iranian women. Under his rule, Pahlavi relaxed the existing prohibition on hijab, despite his belief that they were oppressive and unprogressive, allowing women (at least hypothetically) the freedom to choose. The revolution—one which came as a surprise to the rest of the world from a country of relative economic stability, prosperity even—caused seismic shifts in Iran, resulting in a mass exile by Iranians who disagreed with, or felt threatened by the new Islamic rule. The country’s pro-Western rhetoric was almost instantly replaced with anti-Western totalitarian theocracy, to palpable effect. After Ayatollah Ruhollah Khomeini, the first leader of the Islamic Republic of Iran, overthrew Pahvali, it was ruled that all women, regardless of nationality or religion, must wear hijab, a law that’s still in effect today and punishable by up to 20 years in prison.

Reflecting on this celebration of emancipated and empowered femininity today is decidedly bittersweet, revealing the disparity between the Iran of the current Islamic Republic and the country those belonging to the Iranian diaspora feel no longer able to call home. But it also speaks of hope—that such a recent history might one day become a reality in Iran once again. 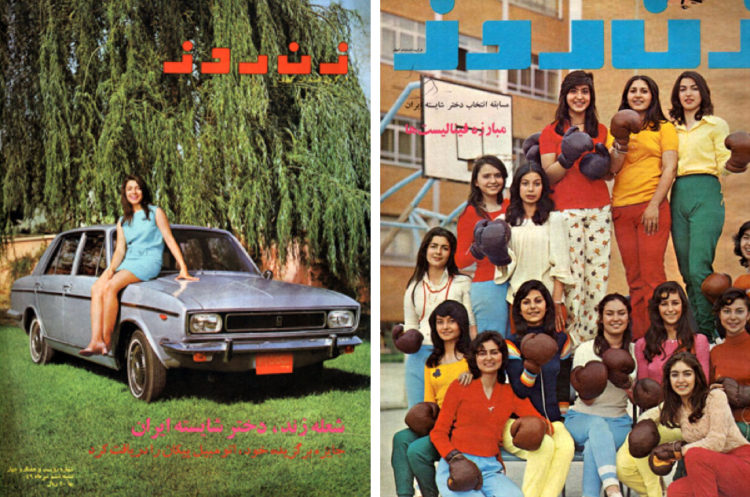 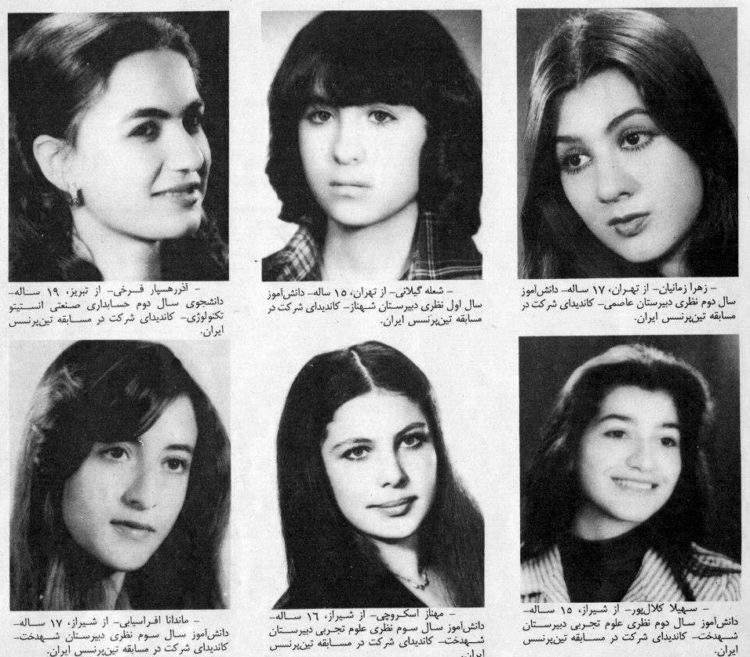 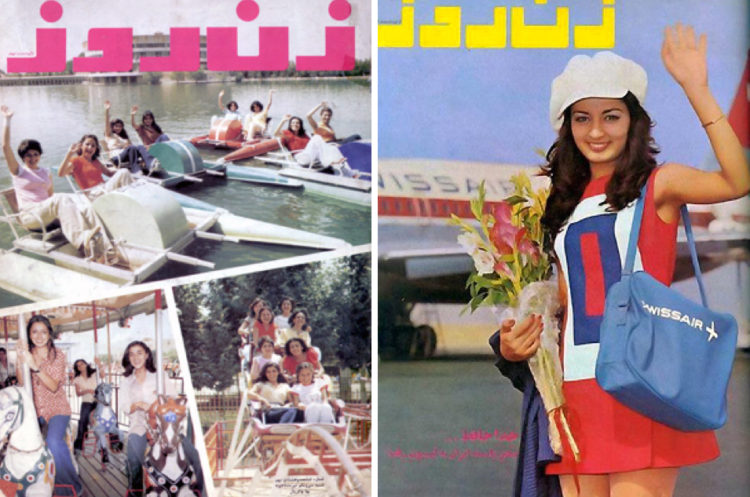 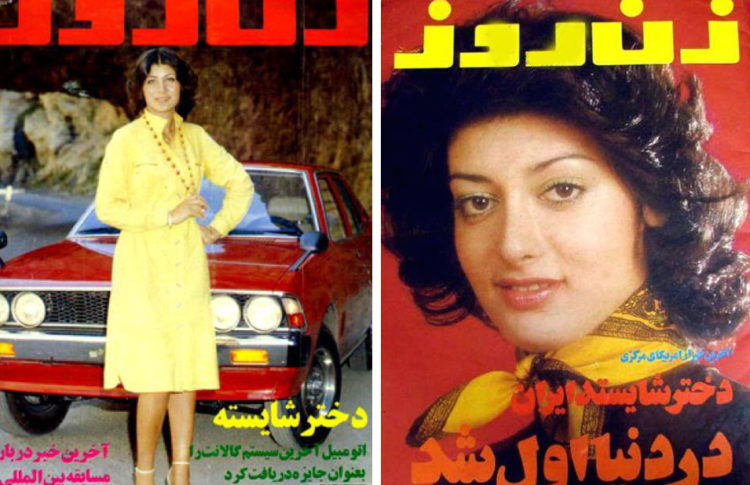