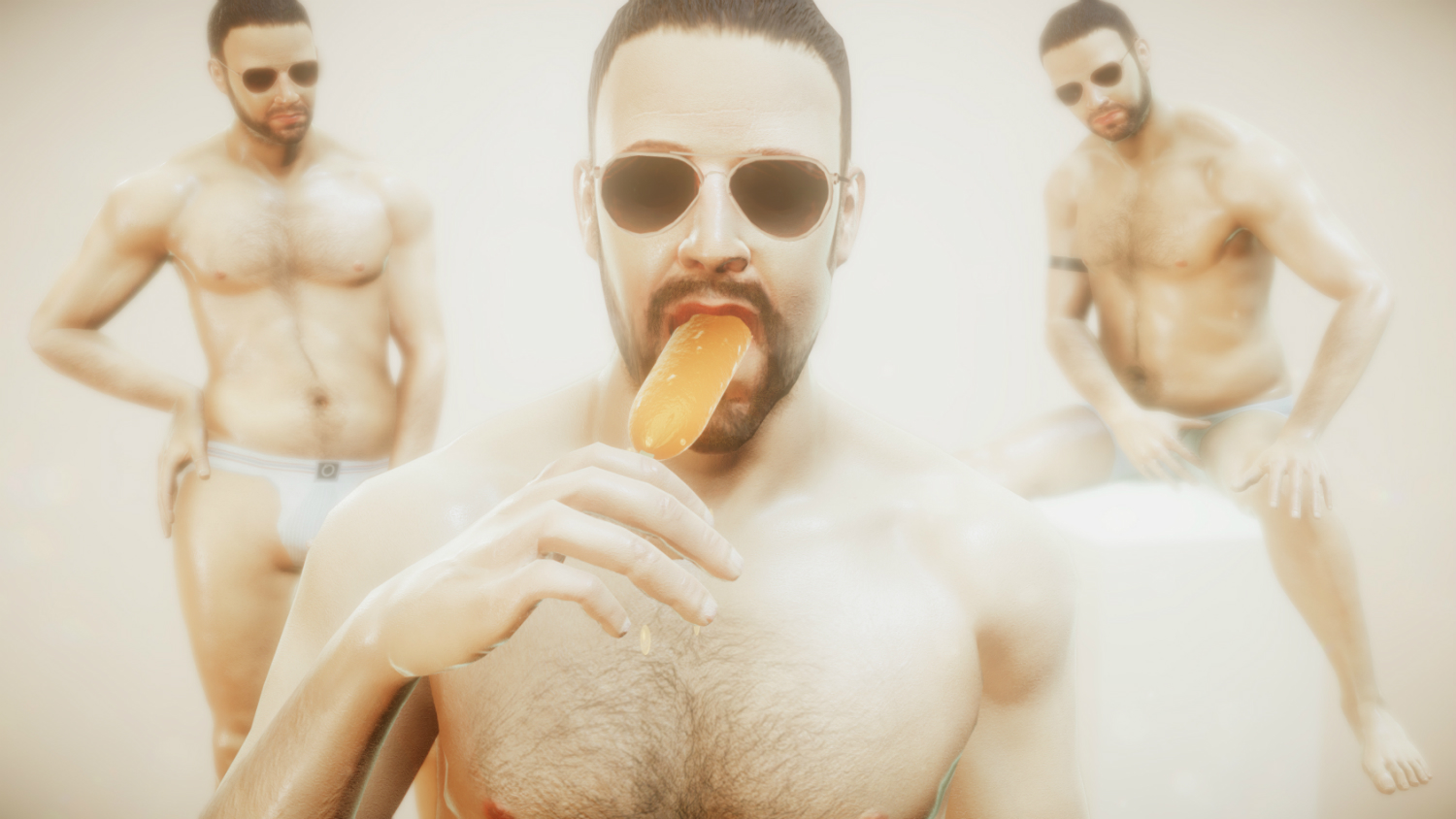 It’s more than safe to say that video games have had an almost frightening impact on our society, birthing a multibillion dollar industry as a result. From the primitively amusing Tetris to addictive jump-and-runs like Super Mario or gory ego-shooters à la Call Of Duty, video games have managed to intrude our lives via console, cell phone or virtual reality helmet. It’s a format inevitably braided into our pop culture – so strongly that it has helped spawn its very own culture, a parallel universe to old and young all around the globe. Their endless variety and accessibility offer an easy exit from our tumultuous (or not so tumultuous) every day lives, temporarily stripping us of boredom, stress and struggle.

Nevertheless, despite the treasure trove this industry paints itself to be, a lack in — or questionable execution of — minority representation within the majority of big shot game designs casts a colour-paling shadow on enterprises and their output. In response to these discrepancies, Berlin’s Schwules Musuem and the LGBTQ Game Archive have joined forces to illuminate and support the dazzling history of queer video games and queerness in video games. Going by the name of RAINBOW ARCADE, the iconic LGBTQ+-dedicated institution’s newest exhibition was brought to life by an international line-up of prestigious contributors. Attempting to learn more about gaming economy and the slippery slope of distinguishing pleasure and politics, we talked to co-curator Jan Schnorrenberg, and had him share some insight on a dilemma many of us have been deaf to.

RAINBOW ARCADE came about as an afterthought to another project named Superqueeroes—an exhibition devoted to showcasing LGBTQ+-representation in comics. Pop culture encircles us wherever we go and mirrors contemporary discussions in society. Furthermore, it highlights their progression and contradictions, allowing us to evaluate just how permanent they really are. Through RAINBOW ARCADE, we wanted to zoom in on another post-modern medium of entertainment: Video Games.

Can you tell us a bit about the video game industry at large? Why do you think it’s so important to shine a light on the queer contents within?

This branch of trade has gained immense popularity and has evolved considerably, especially in the last decade, which is something we try to illustrate through our exhibition. Ranging from independent projects by single people to small teams of programmers to major studio, blockbuster-like creations by hundreds of graphic artists, the industry embodies a very broad spectrum. Unfortunately, though, most larger scale design studios still shy away from positive, affirmative queer narratives, and favour rather problematic interpretations of queerness. That alone is reason enough for us to take a close look at these spheres, to examine them from the inside out.

To many, this analysis of LGBTQ+-representation in video games seems somewhat ungraspable. How does RAINBOW ARCADE aim to rectify this?

With this exhibition, we want to address different kinds of visitors. For those who are unfamiliar with video games, we want to introduce them to gaming as a cultural space, wherein political and social dialogue is existing alongside entertainment. While the perception of video games has shifted in the last decade, the medium still burdened by a predominantly dubious reputation: Games are simply not taken seriously. RAINBOW ARCADE will show that this is not the case, and that, on the contrary, digital media can be conscious of what happens in the ‘real’ world. And of course, we would like to reach out to gamers and game developers and advocate for queer content in video games as a narrative opportunity. Maybe we will even inspire future ventures of theirs, encourage a new perspective.

Where can we look to find LGBTQ+-characters, -options and -storylines?

There are quite a few “mainstream-titles” that allow their players to navigate through game play with queer characters, or to craft their own queer narratives. The Sims comes to mind as one of the most obvious examples. Nowadays, a lot of so called open-world games don’t explicitly abstain from options of, say, same-sex relationships or the like, but these options are not easily found. More often than not, players have to come by these options on their own. This form of “hidden” representation is quite common. This is why the trailer for The Last Of Us II – an upcoming sequel to 2013’s highly successful action-adventure game – came as such a surprise when it featured a lesbian kiss fully and unapologetically, promising further exploration of protagonist Ellie’s queer identity.

And what retro games would you recommend checking out?

1989’s Caper In the Castro is a classic point’n’click-adventure and the first ever queer video game that we know of. You can find and play it online. It’s a fascinating look into the past and most certainly worth playing. It can also be played in our exhibition!

Video games are traditionally targeted at heterosexual men and often filled with violence, objectification and sexism. How have queer subject matters stood up against that?

For the longest time, the depiction of bisexual and/or gay women stood out as the most common form of queer content in video games. And in most of these cases, those characters catered only to the sexual fantasies of heterosexual men, as opposed to serving any narrative purpose. The video game industry has thought of men as their target audience for too long, even though, in reality, the scope of players is and has always been far more diverse. Our exhibition will show how different queer content has been presented in video games, ranging from decidedly political statements to causal portrayals of queerness as a matter of fact – similar to how heteronormative topics and characters have been featured since the beginning of video games.

The concept of escapism is one that takes a central role within both the gaming and LGBTQ+ communities, however it still feels as though the industry is somehow neglecting queer consumers and their user experience. Why do you think that is?

There are many ways one can approach video games, queerness and escapism. Ryan Best, creator of 1992’s GayBlade, used the game to channel his experiences with discrimination, and the whole process became therapeutic. Other games, such as 2016’s Elixir are metaphors for contemporary queer life experiences, whose emotional core can create awareness for these experiences among non-LGBTQ+ players, thanks to the medium’s immersive qualities. In Gone Home, we saw how creators drew inspiration from the complexities of queer issues as a corner stone of the plot, featuring a coming out storyline that came for a lot of players very unexpected in mid-game. Many reasons could be named to explain why we the industry avoids these more progressive – and more realistic – approaches, the most obvious being a latent fear of upsetting their heterosexual consumers or political reactions of any kind – but let’s be honest: in many cases, we can simply trace it to plain, subtle homophobia and the plenty of little ways it is still expressed nowadays.

How do you think can we stronger push this agenda and make it more suitable for the masses without having to disproportionately praise minor efforts or risk critical accusations of unnecessary, inappropriate politicisation of entertainment?

This is the one, big question we’ve been asking ourselves for years. I personally believe it’s nearly impossible to create cultural works without including your own experiences and perception of our society and its issues in the creative process. If these perceptions happen to be identical to societal norms, they are rarely identified as a political statement. This is where power structures show themselves. Consequently, this means any form of opposing opinion, such as queer and/or feminist critique of the status quo, is forced to defend its raison d’être before even being heard. RAINBOW ARCADE wants to widen this conversation: what type of representations do we wish to see? When is inclusion too subtle, when is it too explicit? And who even gets to decide over these things? What’s more important to us, however, than replies to these questions, is that our exhibition gives queer gamers, developers and creations – all of which have existed since video games first appeared over thirty years ago – an long overdue acknowledgment, by offering them a public space to express themselves which had been occupied by their heterosexual counterparts for far too long.

RAINBOW ARCADE will open its doors starting with a vernissage on December 13.