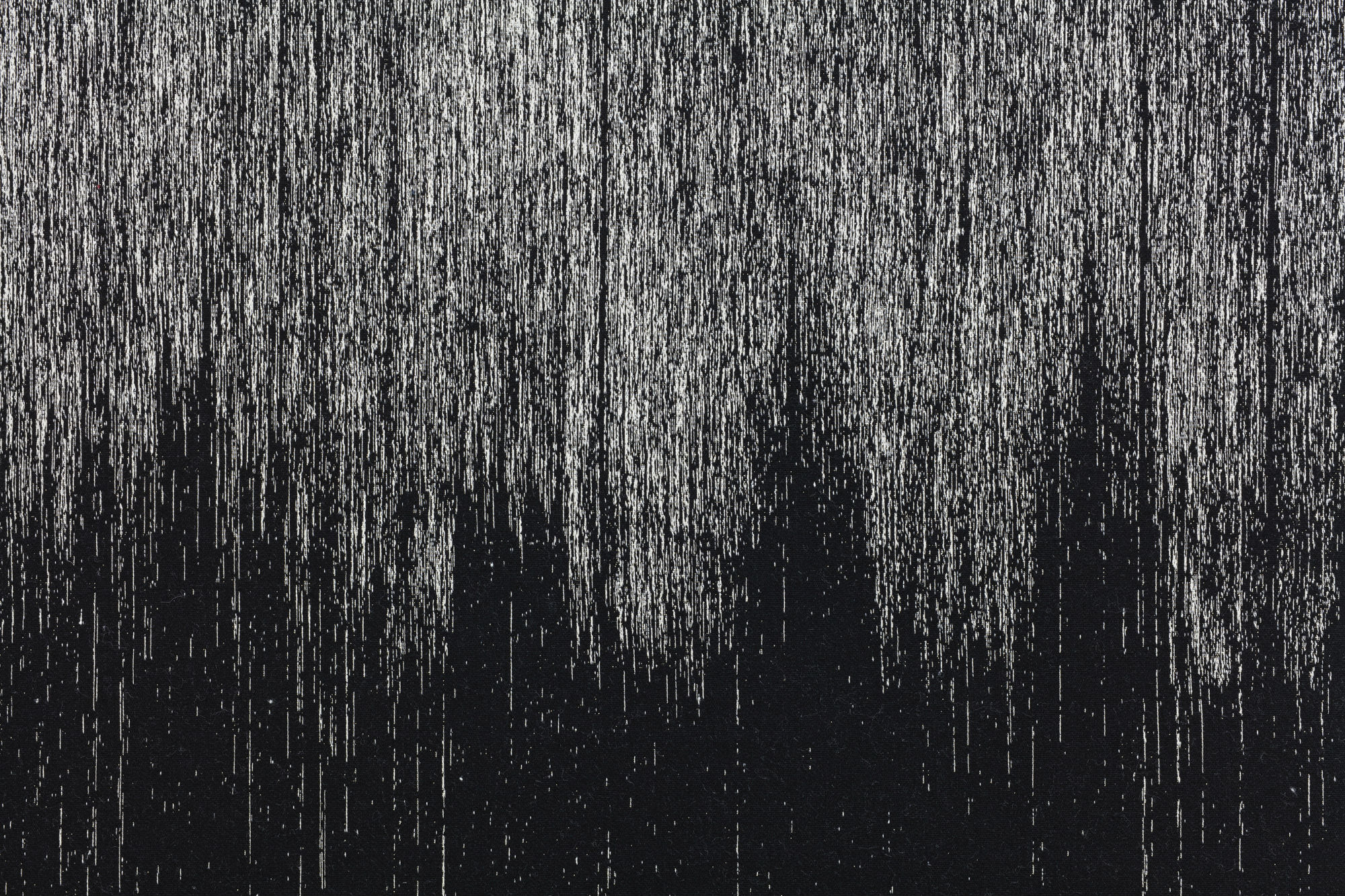 SHINING A LIGHT ON THE DARK WEB

We’ve created a monster and it’s called the world wide web. Few of us understand it, this unfurling freak of Frankenstein-ian proportion, so we’ve brushed aside its depths and opted for ignorant bliss. To calm our consternation, we’ve adapted our language, forging an online vernacular of enduring, yet inconsistent metaphors, evoking sentiments of security and adventure. We talk of it as water on which to “surf”, cascading with “streams” and “torrents”; or as architecture, housing “sites”, “windows”, “walls” and “rooms”, offering infinite spaces to be occupied. When we refer to its “pages”, we liken it to an encyclopaedia, brimming with boundless potential for knowledge. Confronted with this alien concept of ungraspable proportions, we’ve adopted the language of familiarity to ease our fear of the unknown. But there’s one part of this all-engulfing “net” we’re yet to normalise: its blubbering, ominous underbelly — the dark web.

Type the words “dark web” into your browser, and you’ll no doubt pull up floods of articles swarming with drugs, violence and illicit trade. Google paints its picture as one of a dungeon-like dystopia — a putrefying parallel universe ruled by unmerciful drug lords and cold-blooded killers but googling the dark web is error number one. “It’s an autonomous entity,” explains software engineer, backend developer and cryptocurrency enthusiast Omid Aladini. “It’s totally unindexed and unsearchable through the surface internet.” So what exactly lies beneath? And does it deserve its nefarious name?

“The dark web is dark, for sure,” Aladini admits. “But there’s so much more to it than that.” Coming from a man who bought his first bitcoin for 100 euros from a man outside Berlin underground station, Kottbusser Tor (which is now worth 5.6 thousand), it’s certainly credible. Aladini explains that the dark web — the so-called sordid cesspit overflowing with dodgy dealings and merciless crime — is actually a tiny subset of the internet’s anonymised under-layer known as the deep web. Sinister by name, and sensationalist in propagation, the two concepts (“deep” and “dark”) are shrouded in mystery, thanks to both their elusive lexicon, and society’s pathetically defeatist attitude when it comes to understanding the inner workings of technology. In actual fact, the deep web is an expansive and essential entity accounting for an overwhelming 99 % of the internet. Hidden behind paywalls, HTTP forms and institutional intranets, it’s the part of the web that protects us when we make an online transaction, for example, and allows us to access our email securely. The dark web, however, is where things get interesting.

“It’s like a whole different layer built on top of the internet,” Aladini explains, with phraseology that contests the pervasive preconception of the dark web as some iniquitous abyss lurking beneath the surface. To him, and probably anyone else who’s familiar with the ins and outs of the internet, the dark web is an adroit addition, a feat of developing that takes the building blocks of the “normal” internet and manipulates them into something almost untraceable. The dark web is a place where anonymity is sacrosanct. And while it’s untraceability is not inherently nocuous, it’s the harbinger for its “dark” reputation — a festering flatland where humanity’s most feral creatures come to feed.

The dark web works by bouncing users’ connections through three different encrypted nodes, or servers, in random geographical locations, Aladini explains. It’s accessible only through specialist software — most commonly Tor (the onion router) — and, much like an onion, requires layers upon layers to be skilfully peeled back in order to trace. “Basically, you become anonymous.” Its existence, then, is a glaring paradox, openly discoverable (to anyone who downloads Tor) yet almost completely untraceable. It’s why the dark web has spawned an onslaught of illicit marketplaces —shifting everything from prescription pharmaceuticals to unlicensed firearms — because its accessibility and anonymity makes it almost the perfect crime. Bar two critical factors.

Firstly, while the dark web’s anonymity makes it a haven for illegal trade, it also makes it ripe for scams, and there’s always the possibility of being double-crossed. “If you buy a gram of coke from an anonymous drug dealer and it never turns up, who are you going to complain to?” Aladini laughs. Secondly, of course, no crime is ever totally traceless, and that goes for the dark web too. “The FBI is super present in there,” Aladini explains. “They have an undercover force operating on all the major sites.” It’s reportedly how they caught Ross Ulbricht, dark net notoriety and founder of legendary black-market operation, Silk Road. Branded by the media as a modern-day evil mastermind, Ulbricht was eventually caught and found guilty of eight charges, including conspiring to traffic narcotics via the internet, money laundering and computer hacking, and was sentenced to double life imprisonment, plus 40 years, without the possibility of parole. While his pseudonym, Dread Pirate Roberts, may be the most fabled character of the dark web story, his “IRL” self will live the rest of his life incarcerated.

The US Justice Department wrote, in a letter to the judge responsible for sentencing Ulbricht, that he needed to be made an example of. His unrelenting retribution is a reminder to all dark web deviants that behind every transaction is a real life exit node. Cyberspace may appear to be a virtual no man’s land, intangible and unvisitable, but that’s not the case. “All websites are served from a physical location,” Aladini assures. Even bitcoin — which saw a mighty surge with the conception of Silk Road thanks to its considerable anonymity — is only as strong as its weakest link. “You have to be clever about it,” Aladini explains. “If your first bitcoin transaction is for selling drugs, whoever that drug dealer was probably has your address — there’s always a real life connection in the end.”

Unsurprisingly, Ulbricht’s case is not the last time the dark web has found itself the subject of media scandal. Last year, the autonomous Tor network hit headlines when it came to light that a 20-year-old British glamour model had been kidnapped and auctioned as a “sex slave” over the dark web. Earlier this autumn, a man from Texas was arrested after scouring the dark web for a girl he could “murder and eat”.

But despite the plethora of sordid tales that saturate accounts of the dark web, and paint it as a hotbed for illegal activity, Aladini assures me there’s another side. “The term ‘legal’ has different meanings in different countries,” he says. “Typing in ‘facebook.com’ might be ‘normal’ for you, but it’s illegal for some people.” It’s an illuminating perspective, and one that’s largely erased from Western discussion — owing, irrefutably, to privilege. It’s easy to take for granted that in countries like Germany, our rights are more or less in line with our concept of morality, but the case is gravely different elsewhere. Growing up in Iran under a repressive regime which banned sites like Facebook, Twitter and YouTube outright, Aladini used Tor purely to gain access to the web most of us use everyday. In this light, the dark web doesn’t seem so dark, lifted by a revolutionary potential to overcome encroachments on human rights that are all too real elsewhere. It’s something that’s been acknowledged by Facebook itself, who set up its own self-contained onion domain so users could bypass censorship via the Tor network. Actually, it’s part of Tor’s DNA — launched by the US Navy and funded by the US government in order to protect the privacy of activists. For the freedom fighters striving to overthrow tyrannical regimes, anonymity is paramount. “Privacy matters because you don’t know how it’s going to be used against you,” Aladini affirms, “whether it’s for something as menial as targeted advertising, or a threat to your freedom.”

When push comes to shove, the dark web is dark — it’s earned that name for a reason — but darkness, like anything, is relative. From black-market trade to terrorism, hitmen services to stockpiled revenge porn, the Tor network certainly isn’t the most wholesome place on earth (or online), but it’s not inherently evil. At its brightest, it provides a veritable means of circumventing censorship, paving a way towards freedom of speech and upholding the human rights that many
deserve but aren’t afforded. The dark web isn’t a parallel universe, it’s the very real manifestation of humanity’s inherent malice — a perverse playground where some choose to chase their deepest desires — but for others, it’s also a way out — a bona fide reminder that without darkness, there would be no light.