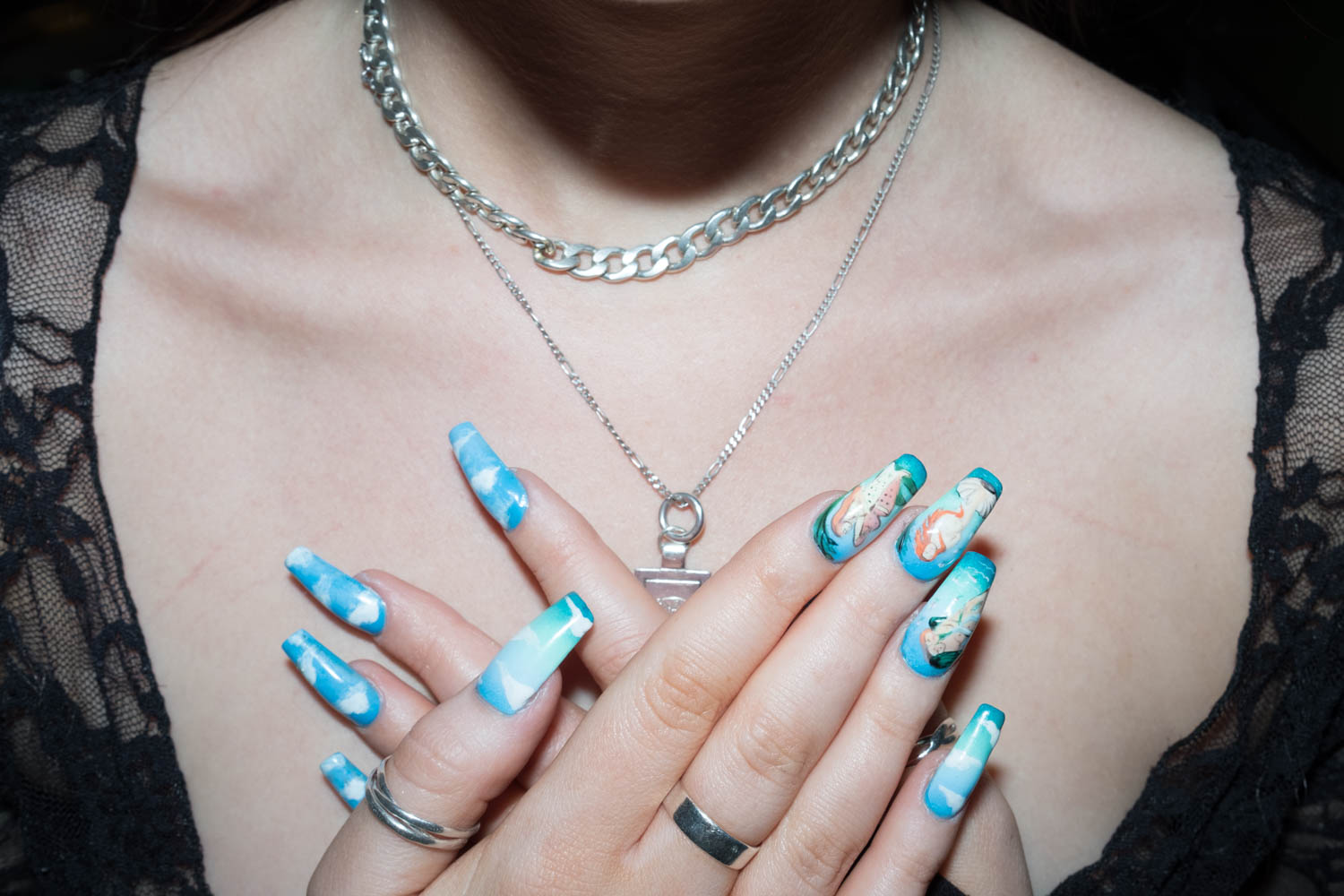 Mercury’s in retrograde, your chakras are out of alignment and you’ve got Botticelli’s Venus hand-painted on your nails. No, this isn’t the middle ages; modern spirituality is having a moment and it’s making its mark on the mainstream. From our millennial fascination with meditation to a new-wave of witchcraft, we’re embracing spiritual practices with no holds barred. But why is The Renaissance having a renaissance? What part of our collective consciousness is pulling us to practices with no rational explanation? And what does religious symbolism have to do with the occult?

“It’s a generational thing,” explains practicing witch and nail artist Natasha Blake, currently on residency at ISLA Berlin. “We’re creating our own belief systems and throwing out expired traditions. Christianity is dying out because we’ve long evolved from a misogynistic and homophobic Bible.” In 2018, society at large is more secular than ever, but religious iconography is still prolific across our aesthetic culture. Catholicism drenched the Met Gala’s red carpet earlier this year, and since then, fashion has continued to gold-encrust, bejewel and bewitch in an effort to emulate the divine. So though we’re recoiling from the clutches of regressive religion and opening our minds to more free-thinking spiritual practices, we’re borrowing from the same iconographic pool.

Take Brujería, for example — a branch of aforementioned new-wave witchcraft, originating in Puerto Rico. “It’s tied up in Catholic iconography because of its history,” explains Blake, a self-proclaimed bruja. “It’s similar to witchcraft and wicca, although it’s more the culture and lifestyle that makes it what it is.” Blake explains that this branch of magic is more inclined towards shadow work — or delving into the darkest depths of the self — for example clearing negative energies and banishing unwanted entities. And most importantly, it’s a gift. “It’s not a choice,” she affirms. “I always knew I was a witch of some sort — it’s in the blood.”

But whether or not you buy into witchcraft as a viable practice, or dismiss it as complete hocus-pocus, there’s no denying the role that witchy affinities occupy within the mainstream. From the Sabrina the Teenage Witch revival, to an influx of touring tarot workshops, psychic readings and witchy beauty products, otherworldly phenomena are well and truly capturing the zeitgeist. And it’s hardly surprising — reclaiming this historically persecuted female stereotype and embracing so-called witchy tendencies is a decidedly feminist action. And so the witch has come to embody the ideology of the Bad Bitch — a role that’s taken hold in recent years to empower, embolden and encourage female independence and unashamed self expression. And as modern women are finding an affinity with the archetype of the witch, they’re reigniting occult and religious symbols of the past, trickling down into our daily Insta feeds, style choices and beauty regimes.

Blake’s own Instagram for her business Fuego Nails, based in London, reads “B.A.D Nails For Bad Bitches”, and it’s this decidedly DGAF attitude that dominates her aesthetic. It speaks of an overarching feminist trend within nail art, and within society today, reflective of the kind of strength and power the modern woman represents. “You can say a lot with your nails,” Blake asserts. “You can portray who you are and who you want to be.”

Natasha Blake of FUEGO Nails will hold a residency at ISLA Berlin until 8th December! Find out more here.