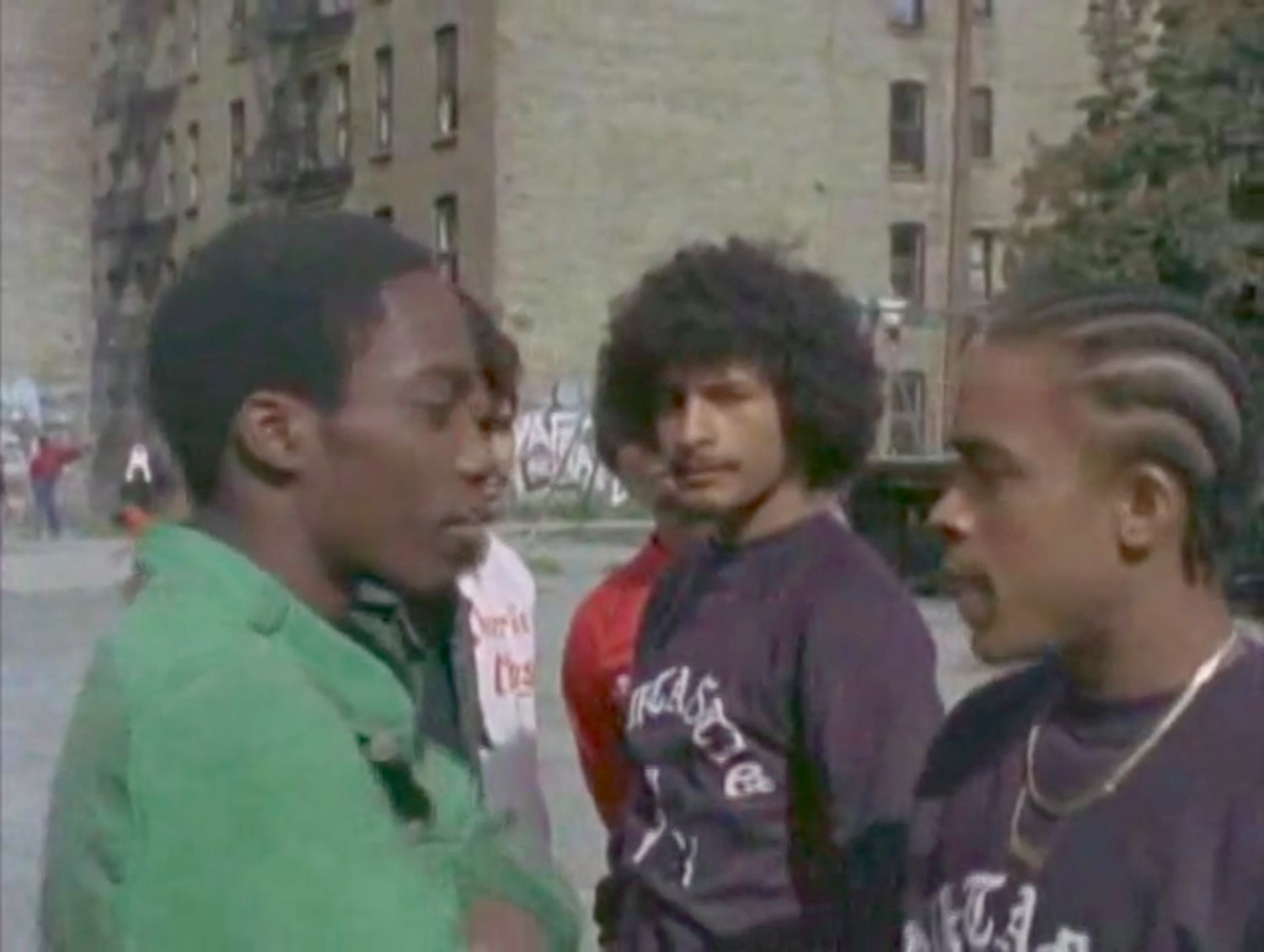 HOW THE TRADITIONAL HOMES OF HIP-HOP BECAME POP CULTURE CAPITALS

If there’s a single vision of Memphis hip-hop fated to be preserved in time for future rap scholars to study, it might have come from a movie. That’s right, Memphis — despite all its rock, blues and rockabilly history — has a proud rap tradition too, with 8Ball & MJG, Three 6 Mafia and Yo Gotti flying the flag. Yet it was the 2005 flick Hustle and Flow that truly encapsulated the meaning of the city’s beats ‘n’ rhymes to the Memphis identity.

Take it from Terrence Howard’s character DJay and his succinct spiel to star rapper Skinny Black, played by Ludacris: “One day, this whole motherfucking place is gonna be gone. This club, this city, man. This whole U.S. of A., man, is just gonna turn to dust, right? And a whole new civilisation is gonna rise from this one. And they gonna start digging, you know. They gonna dig up the pyramids over in Egypt. They gonna dig up the Eiffel Tower, Statue of Liberty and the Empire State. But if a n***a wanna know about me? Wanna know about Memphis? All they gotta do is find your first underground tape, n***a.”

Hip-hop has always been vigorously captured in movies. The huge success of John Singleton’s Boyz n The Hood (1991) laid out the trappings of growing up a black male in South-Central Los Angeles on widescreen. From there, a new era of black cinema was formed, sparked by righteous anger, partially inspired by classic American gangster flicks, and frequently featuring rappers in lead roles eager to display more ripples of their talent. Menace II Society (1993) was a rougher animal, with far more violence and far less remorse than Boyz. Then there was South Central (1992), Friday (1995) and, on the East Coast, movies like Juice (1992) and New Jersey Drive (1995). It qualified as a lowkey cinematic movement — and “hood movies” is what they’d be called.

And so, the burning South Bronx — blighted at the time by an arson epidemic sparked by the area’s total economic collapse — will eternally be hip- hop’s true home, added to the other music capitals that have brought their own distinct styles in the four-and-a-half decades since the first rhymes were spit. The rap music these cities and regions produced has become inseparable from their sense of purpose — their sense of self.

Skipping forward in time, gangsta rap banged so hard and the movies were so good that the areas that provided the backdrop became highly glamourised. The “ghetto” or the “hood” has been so fetishised through pop culture that kids don’t always realise that these tower blocks and neighbourhoods are made up of real homes. The word “hood”, of course, comes from neighbourhood, but its meaning is as difficult to define as Bizzy Bone’s rap style. The Wu Tang song “In The Hood” offered one trenchant description as Streetlife, a Wu affiliate, gave a bullet-pointed rundown of the hood he grew up in, from heart-breaking details (“Babies born addicted to drugs”) to governmental mistreatment of residents (“And the school system is like a minimal prison”).

Long before the hard-boiled lyrics that would define hip-hop for many, Bronx natives Afrika Bambaataa & The Zulu Nation laid out the burgeoning new culture’s key pillars: rapping, turntablism, breakdancing, graffiti art, and the element that binds the rest together: knowledge. Then there was Grandmaster Flash, Kurtis Blow, The Sugarhill Gang, Melle Mel, Lovebug Starski, The Cold Crush Brothers, Fab Five Freddy and a galaxy of others — old school legends who strutted the cold streets as blessed ministers of hip-hop.

From a localised movement, art was created. Centring around graffiti artists and featuring a cast of hip-hop gods, Charlie Ahearn’s 1983 flick Wild Style is one of the key documents in capturingthe genesis of the culture and all its elements. Skip forward a decade into rap’s golden age and Nas gave you a vivid portrait of Queens Bridge on Illmatic. The Wu Tang Clan created a vision of their home borough that linked Staten Island to Shaolin. Pick your own favourites from New York City’s golden age canon; they are all as distinctly Gotham as traffic jams and excellent pizza.

Hip-hop is in New York’s DNA. Even the most pop-cultured city on Earth is intrinsically linked to rap. The first batch of Wu-Tang solo albums sit alongside the works of Martin Scorsese and Spike Lee in capturing the city’s distinct grooves. If you want to learn about New York, spin these records and absorb their words, sounds and flavours.

South Los Angeles, Miami, ATL and Southside Chicago have equally all been hubs of rap inventiveness that became cultural centres and breeding grounds for a modern form of Americana. As the 1980s rushed to a close and the 90s were ushered in, the City of Angels was haemorrhaging. Years of systemic racism and urban mismanagement had taken a vicious toll on L.A.’s marginalised communities with police brutality, crack cocaine and gang culture engulfing the city, corroding its soul.

As “South Central” became a national byword for urban mismanagement and metropolitan decay, it was hip-hop that aired the region’s grievances. And no one in L.A. was as vicious in their criticisms as NWA. The group attracted equal parts distinction and infamy with their raw, unflinching and dangerous jams. It was music that captured South Central discontent, articulating local issues with the LAPD and other local authorities with the veracity of a typhoon. Later, the L.A. Riots brought even more attention to the city. The Crips and Bloods became well-known in faraway corners of the planet. Anybody listening to the rap music coming out of the inferno could at least hear about the pain.

It wasn’t all as politically charged. Through the city’s hip-hop, South Central culture was captured and beamed worldwide. Just examine the video for King Tee’s “Dippin’”, from 1994. The sun shines down over the concrete wilds as low-riders bounce down Imperial Highway. Or the barbecue cookout of Dr Dre and Snoop Doggy Dogg’s “Nuthin’ but a ‘G’ Thang” (1992). Crenshaw, Compton, Watts, Long Beach and a handful of other neighbourhoods became global centres of pop culture.

But it’s not called South Central anymore. The name was changed to South Los Angeles after a proposal by resi- dents who felt there was a negative stigma attached to the name. That’s because this vision of Los Angeles has long lingered; just consider the 2004 video game Grand Theft Auto: San Andreas, which plays like a flipbook of South Central’s greatest pop culture moments. Almost every mission encapsulates a different brick of the South Central built through records and movies — a vision of the region the world has seen through a pop culture lens. Though released nearly 15 years ago, the game still lingers in the collective consciousness through memes and memories.

Forget Manhattan’s skyscrapers, the tower blocks guys like Streetlife rapped about are the real American temples, where those at the bottom of the capitalistic crush feel the tightest squeeze. Or consider Chicago, where for the past half-decade drill music has captured the violence of the city’s south side via artists like Lil Durk, G Herbo, Chief Keef and King Louis. Phenomenal music is what we need to document a desperate situation. But it’s hard to enjoy the music on purely a superficial level when the city recorded 650 murders in 2017 and 771 murders in 2016.

Some rappers have fed off this fetishisation. 50 Cent himself put out two video games that pitched him as a duel glock carrying uber-gangster. He, as much as anyone, has commercially benefitted from a sexed-up portrayal of his own criminal history. That stuff is an addictive narcotic to record-buying kids all over the country and the rest of the globe eager to engage in a form of tourism, visiting a life they’ll never really know. And with this fetishisation comes the appropriation of origin stories to shift units. If Sun Tzu had written a book on rap beefs, attacking the credibility of your opponent would without doubt have been in it.

Earlier this year, Damon Young, the editor-in-chief of the website Very Smart Brothas, published ten lies and misconceptions about the hood. They included the myth that most drug dealers are minted or the fallacy that there are no middle class families living in these areas. It’s a sobering reminder that while the art that has emanated from hip-hop’s homes has documented real life, some of the true details have been tangled up along the way.

Really, though, the idea of hip-hop and home is about showing geographical loyalty — not by gauging your affiliation to your roots with the hatred you show for other areas, but with love for your own origins. 03 Greedo sports a cluster of grapes inked on his face — iconography of the Grape Street Crips. Despite upending to Los Angeles, Pro Era lieutenant Chuck Strangers this year put out Consumers Park, an album in the classic New York hip-hop lineage. The music is in these artists’ DNA. You can’t separate it from them any more than you can remove eggs from a baked cake. Rap is a prism into the spheres its stars orbit: you can tell a lot about a person from how they engage with their home.