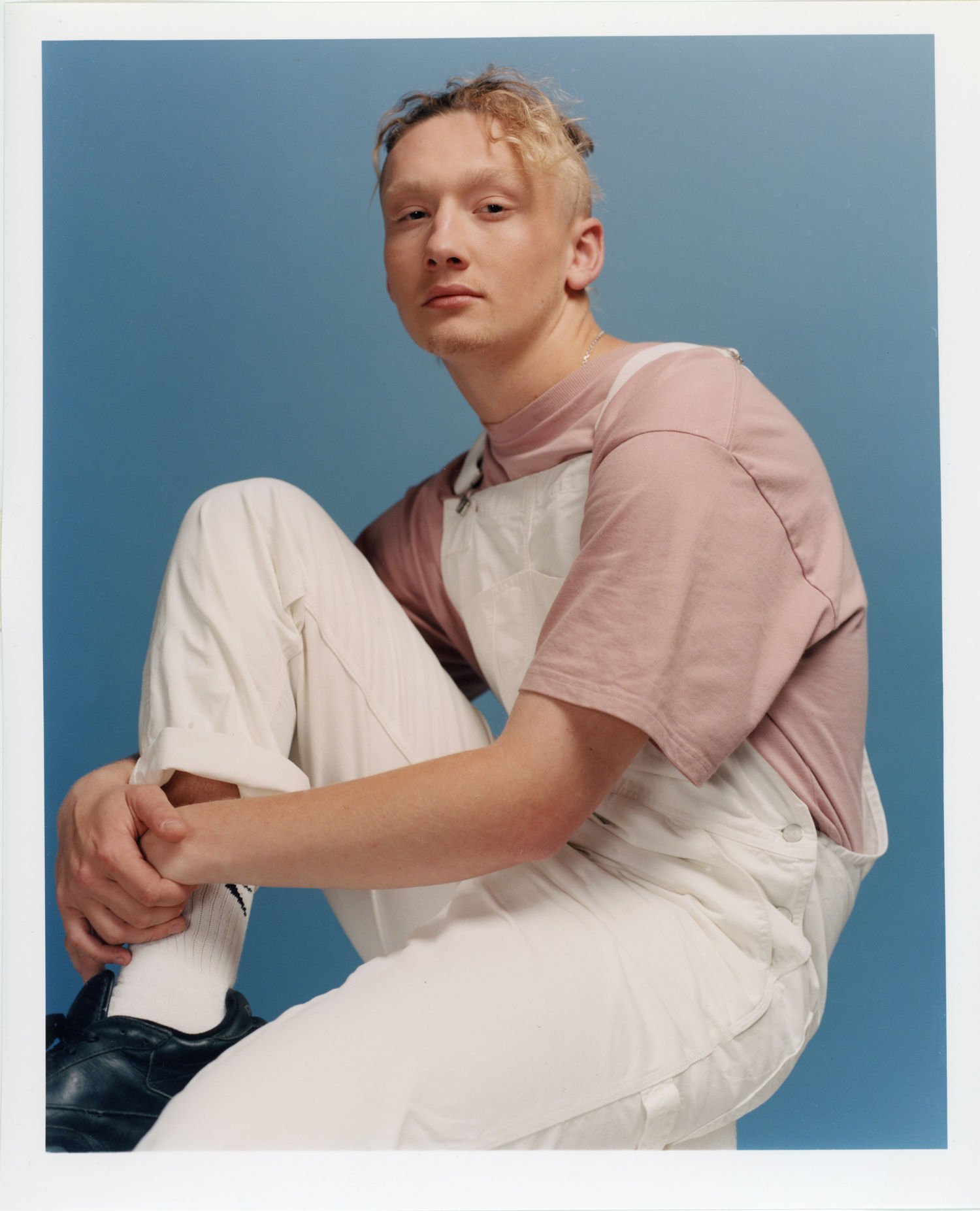 “MUSIC ALLOWS YOU TO CROSS THE BOUNDARIES BETWEEN FACT AND EMOTION”: AN HONEST CONVERSATION WITH YELLOW DAYS

There’s an old-school sentimentality about George van den Broek, better known by his moniker Yellow Days. The UK-based singer-songwriter is just nineteen, yet he manages to capture the emotion and rawness of the great soul singers. But he is not stuck in the past; his dream-like music is an appropriate soundtrack to the lives of today’s youth, overlying smooth R&B with relatable lyrical reflections on life, heartbreak and mental health. Through his philosophy of not caring what people think, he demonstrates how vulnerability and strength of character are not mutually exclusive. We caught up with him ahead of his Berlin show last week, where he chatted to us about his song-writing process, the importance of emotional honesty and music as an extension of a state of mind.

You went from writing songs in your garden shed to performing them in front of international audiences. What have been the most challenging and rewarding parts of this transition?

I guess the most challenging part is not being able to do what I always used to do: write songs every day. The hardest part for me is not being able to bash out the tunes. I love being in the studio, and it’s a real shame to have to leave every time. That hurts for me. The most rewarding – I guess that’s when the crowd loves it.

A lot of your music has been in the making since your early teenage years. How have you dealt with the pressure to produce new music?

[With] my EP, I spent my early years from about fourteen to sixteen writing it. My last album – ‘Is Everything Okay In Your World?’ –, I had about a year to write, whereas this one I’ve been writing for about a year and it’ll probably come out next year. So, if anything, right now I feel like I have too much time because I write so much music. I have about three albums that I could do. I’ve got collections of ten or more songs that are about three volumes deep. So, for me, it’s hard to pick what to put on the album. That’s my problem, it’s not so much not having enough time or not having enough songs, it’s having too much of both. If I had less songs and less time I think I’d be a happier person. It’s stressful having to pack it all in. That’s hard for me, but I don’t know about other artists.

Talk us through your song-writing process – where do you start, and how do you build on an idea?

I’ll begin with either keys or guitar. I get some sort of chord progression going, start to feel whether it’s happy or sad. Then I connect myself with the feeling of that sort from another time. I start resonating the feelings of that time through what I’m doing and try to make a song that represents those feelings. I normally spend a whole day on one song. If you start at the early morning and finish late at night, that’s a lot of work. For me, it’s done then. I can write all the lyrics, I can think of all the possible melody changes and such. Of course, you have to go back and make sure that the production isn’t complete trash and sort out a little mistake here or there. But when it comes to the actual writing, that’s a day for me normally. I write music every day, and if I can’t write my whole world turns upside down. Everyone around me knows that things aren’t right because I’m not making the tunes.

There’s clearly a lot of emotion behind your songs, both in the writing process and in the performance. How does it feel sharing so much of yourself with your audience?

It’s cool. I’ve never really been afraid of sharing myself. I’ve always been incredibly open. I tend not to be scared of what people think because I guess everyone has an opinion – there’s no point listening to all of them. You should just listen to your own. And any kid should think like that. You should just show yourself to the world and it doesn’t matter what they say. That’s a philosophy that I’ve always had. Some people want to shut down people being that open and some people love it, and it doesn’t really matter. You just have to do it and see what the hell happens. And hey, it paid off for me.

Is it easier to be this emotionally open in smaller, more intimate gigs?

I quite like the big venues because it’s less personal. You’re just looking at the mass of people and it’s like you’re the alien. I kind of get a sick joy out of being completely alienated by the crowd. It’s something about the separation between you and them. When it’s larger, something like two or three thousand, you’re looking at them and it’s just a mass of heads. They don’t have individual personality and you’re the only individual in the room. There’s something quite sickly sweet about that.

It seems like mental health is a very personal topic for you. Why is it important to speak openly about this?

I guess I just write from the heart, and I personally struggle with issues of different sorts and I assume that others do. Especially in this day and age, I feel like mental health is definitely something that people are going to have to become more aware of. I just write about how I feel, and sometimes I feel depressed or anxious or sad. I wouldn’t hide those feelings from the world for any reason. I want to share that because it’s how I feel at the time. I always try and write about the most emotionally evocative moments. For me, intense anxiety or depression is an incredibly evocative moment and I wouldn’t miss that out of my album. A lot of the music tends to resolve around that sort of self-help feeling. That’s the subtext of the music.

How do you think music can help young people who are struggling in a similar way?

I think there’s something about music – it’s so wonderfully pointless. Someone who is depressed can really understand that; how something could be wonderfully pointless. There’s no intrinsic meaning to music, it’s just sounds, but they echo emotion through your body. I just think that’s fucking special. I think what it does is it wakes [people] up to what things can be. Because if music is good, then it’s expressing how different people feel. It might remind someone of what happiness is. Or they may say something about how they feel depressed, and then you feel like there’s someone with you in the same boat. These are just people speaking their minds and I think people can relate to that through the sounds and the chords and the melody. It makes it more than just someone saying how they think or feel. It’s like some sort of great, grand experience – like some sort of psychedelic experience. Music allows you to cross the boundaries between fact and emotion. And I think that can always help people.

It also probably helps to hear things from the perspective of a musician you admire – it might make someone realise something about their own situation.

Definitely. I [hear] kids saying stuff like they were depressed and now they feel better. That’s amazing, because I remember being a kid, like when I was fifteen, and being horrifically depressed and listening to music and it making me feel better. The idea that I’m doing that for someone else now, that’s sick. I’ll keep doing that, for sure.

Which musicians have helped you?

I used to listen to loads of blues, which probably made things worse [laughs]. Ray Charles, Howlin’ Wolf, Etta James. I love the blues, it’s the best genre really.

You’ve also spoken about your synesthesia – which means you can listen to music and link it to a colour.

Yes, essentially, when I listen to a piece of music I can associate a colour, or a couple of colours, with that piece of music. It’s kind of like that ethereal, non-physical mind moment which is receiving some sort of colour to do with the music. And it’s probably just a brain fart, but it happens every time so I started noticing it. It’s how I designed my artwork for all my singles and albums. I get a colour from a song and I use that.

Is that where the name ‘Yellow Days’ comes from?

It’s actually not, but a lot of people think it is. The idea of ‘Yellow Days’ is that it’s supposed to be about your teenage years, your youth. It’s essentially about the times that you were troubled and confused and everything was too intense. I feel like everyone had that period in their life, around the age of sixteen to nineteen. I think that’s like when people are normally in the hotbed of emotional turmoil. It’s about youth and confusion and over-emotional-ness and all these very teenager-y feelings which I feel like a lot of people come back to later in life in short bursts. I’m living my yellow days right now.