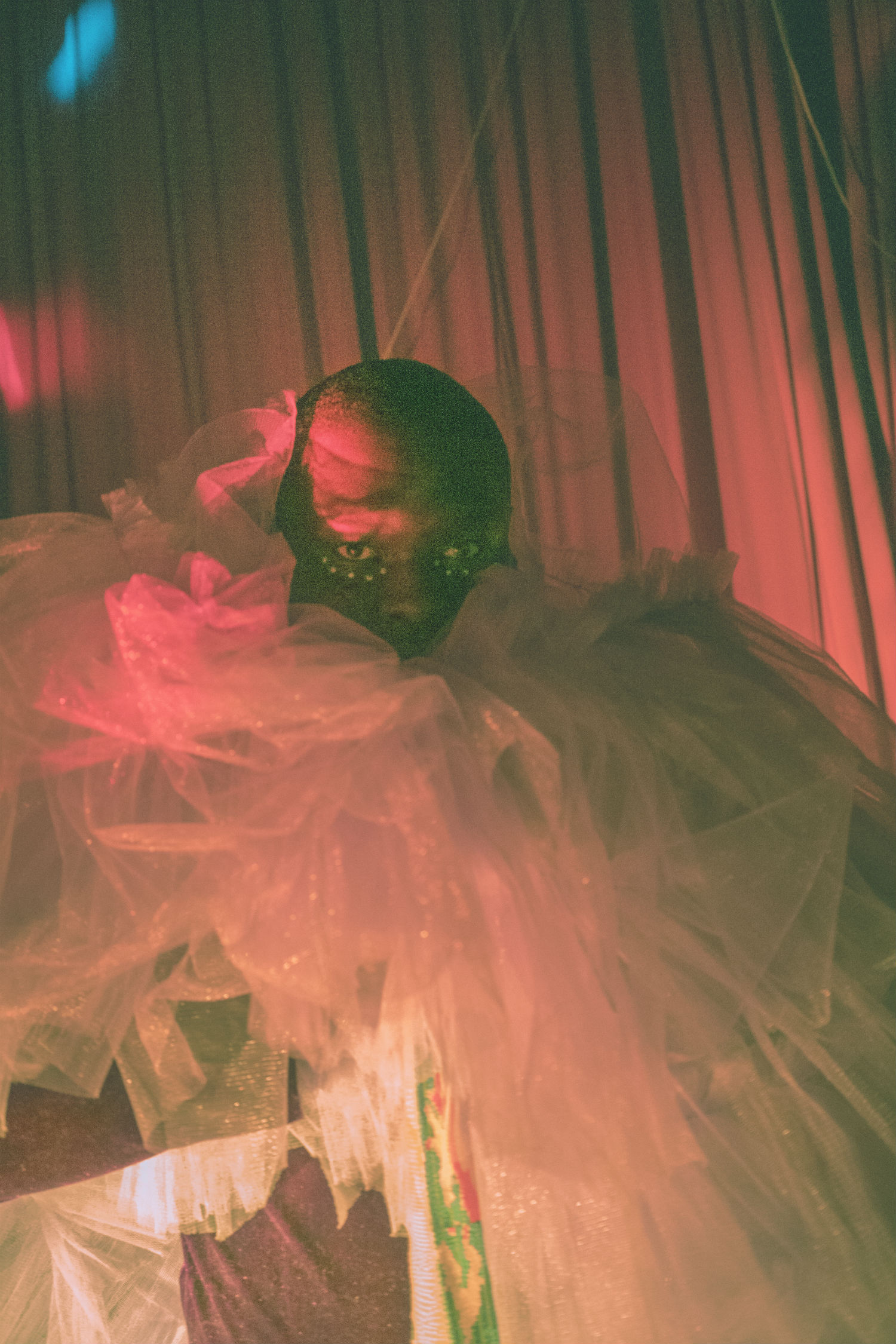 HOW BALLS, VOGUING AND DRAG ARE TRANSFORMING THE FASHION INDUSTRY

Earlier last month, Opening Ceremony made headlines when it announced a collaboration with Sasha Velour, season nine’s winner of RuPaul’s Drag Race, on the brand and retailer’s SS19 collection debut. The show, which took place on 10 September, was nothing short of a lip-sync extravaganza. The line-up included a number of fellow Drag Race contestants — Shea Couleé, Miss Fame, Jiggly Caliente and Farrah Moan — who were invited to reinterpret a fabric from the collection, construct a look and performed in it.

It appears as though the industry — or at least a segment of it — is attempting to dismantle and deconstruct heteronormativity. Fashion does, after all, have a legacy of subversive politics, and clothes have played a crucial role in problematising ascribed identities throughout history. For example: both the 19th century Macaronis and the subsequent Dandies dressed themselves in extravagant and often effeminate clothes in an effort to combat and challenge the rigid social classifications of Victorian England. Our identity, and by extension our sense of self, is imagined, constructed and communicated by what we wear and the ways in which we choose to present ourselves.

“Clothing is an integral part of gender performativity,” says non-binary fashion designer William Dill-Russell. William, whose sharply tailored clothes can increasingly be found in the pages of high-end magazines, actively seeks to combat gender binarism through his costume-like designs. His sculptural garments point to the artificiality of our appearance, emphasising the theatrical dimension of our day-to-day interactions. “I’m inspired by queer history, particularly the balls from the 1960s, 70s, 80s and 90s because of the people who participated in them. They were trailblazers for my community. They were totally unapologetic about who they wanted to be.” It is the unabashed gender-bending confidence of legendary performers like Pepper LaBeija that the designer hopes to instil in those who wear his dark, dramatic creations.

Theatricality is equally central to fashion designer Dennis Schreuder’s creative output. It is the “power to transform yourself, to assume a different form” that inspires many of his bold, unconventional designs.“Making the abnormal the norm, this is what appeals to me,” Dennis tells me. “I want to shock everyone with expressions that are dramatically different in order to make it difficult for people to respond to them.” For his latest catwalk show, Dennis encouraged models to interpret their ensembles and construct characters around the clothes they were wearing; one walked, another ran, while a third model vogued down the runway. The designer’s openminded, democratic approach hands the reigns over to the wearer, and transforms Dennis’ conceptual designs into vessels for people to freely express themselves.

But queering the catwalk is also an act of revolt against the racist, sexist and transphobic prejudices that permeate the fashion industry. According to TheFashionSpot’s 2017 fall report, only 27.9% of models cast for fashion week were women of colour — the vast majority of women walking the AW17 shows were white. Plus-sized models made up just 0.43% of all castings, and only 0.17% of the castings were made up of transgender women. A more recent survey published by The Cut shows that just 14% of major fashion brands are helmed by women.

“The fashion industry is a difficult, sometimes vicious place and I don’t want anything to do with it,” says designer Yamuna Forzani who specialises in graphic knitwear. An active member of the Dutch ballroom scene, Yamuna chooses to showcase her clothes through pop-up balls — the most recent event took place outside London’s National Gallery during London Fashion Week. “I cast all my friends from the scene and design the outfits with their personalities in mind,” she explains. “I instruct each model to take their time and to really show themselves. A runway show is usually very fast; one after the other, with two models walking at the same time. I want each model to dance, twirl, do a dip, whatever they feel like in the moment. I tell them to just be yourself because you are more than enough, to me you are everything.” By integrating ball culture into her collections, Yamuna reframes the catwalk as a queer, inclusive space and prompts us to reconsider where fashion can exist and who it belongs to.

Photographer, director and fellow vogue performer Celine Fortenbacher spends much of her time foregrounding non-normative identities through her celebratory pictures of balls. At the heart of her art lies the subculture’s political roots: “it’s essential to understand that the language of voguing, really a language of protest, stems from a community that actively subverts conventional ideas of femininity and masculinity. It’s the voguers who inject my pictures with energy, attitude, and selfexpression.” This sentiment is echoed by Guy Tahi Roland, Kiddy Smiles’ personal stylist who recently worked on MAC Cosmetics’ Bread&&Butter ball. He believes that the fundamental pillars of the ball scene are artistic activism and acceptance. “The most important lesson I’ve learnt from the LGBTQ+ community,” Guy reflects, “is that you can be whoever you want to be, that I can be whoever I want to be. There is no judgement.”

This inclusive mindset is made all the more radical in light of the restrictive norms that gate-keep and police the fashion world. Brands like Opening Ceremony might be fighting to diversify the industry, but the stats still reflect a system that conforms to long established frameworks. In a time when fear of difference has given rise to Brexit and Trump, the designers and artists queering the catwalk have become crucial political actors. They offer us an alternative imagination of the future, one where gender is not fixed, beauty not prescribed and our identity not reduced to predetermined social codes.