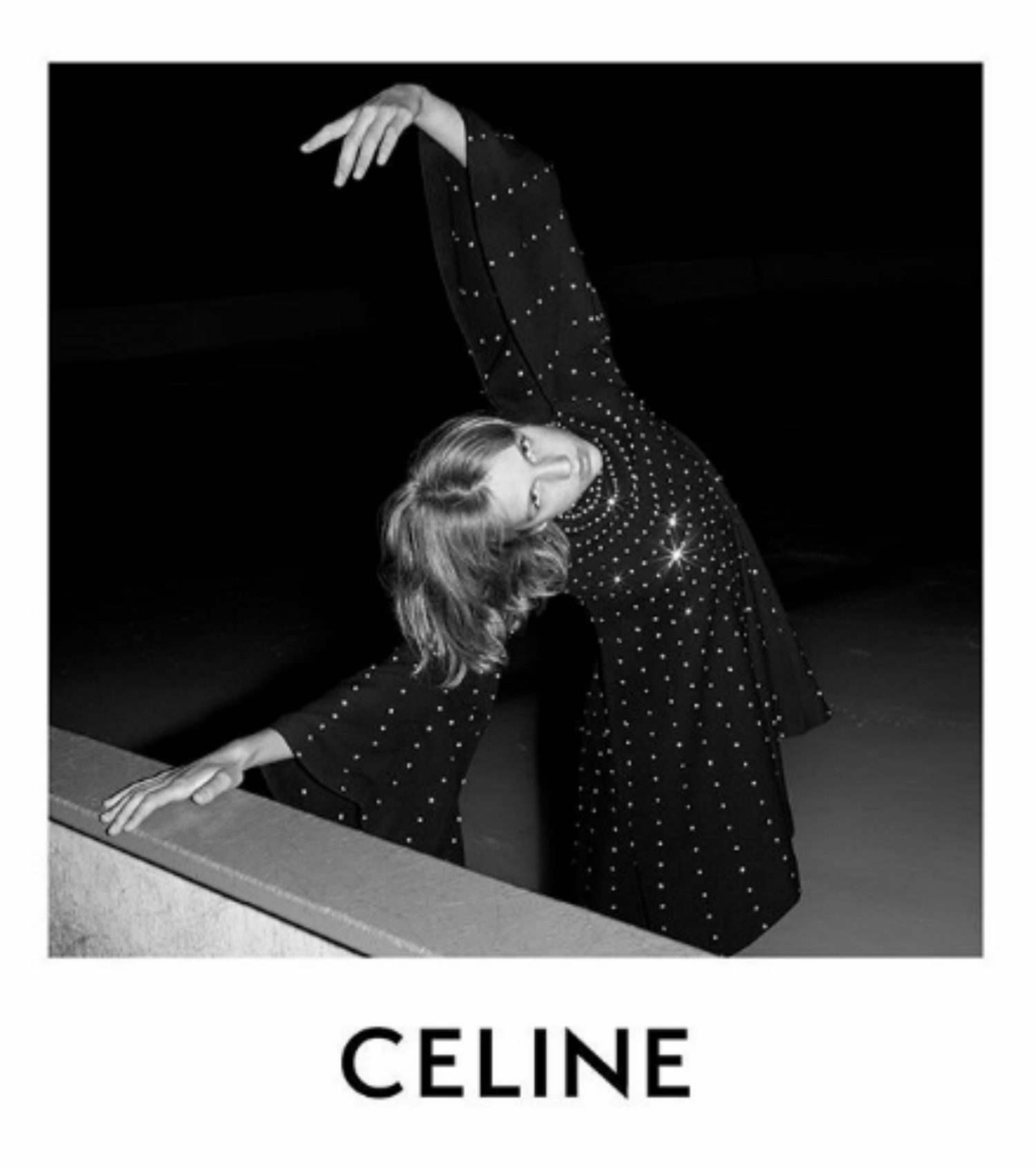 This Tuesday, October 2, marked the final day of Paris Fashion Week, officially ringing down the curtain on this year’s shows for Spring/Summer 2019. A few weeks prior, we curated a brief round-up of what-to-watch, calling attention to a handful of exciting occurrences surrounding fashion’s ever-spinning rumour mill. In the following, we intend to highlight a couple of contributions that stood out — for good and for bad reasons — , and discuss the state of fashion in times of societal and political crisis, and further, why some of the industry’s frontrunners appear to be somewhat out-of-touch.

In regards to controversial output, New York kept it rather low key this time around, focusing more on positive, partially even slightly humouristic approaches towards taking a stand. Gypsy Sport drew its main inspiration from nature, dressing a diverse cast of gender-nonconforming models in greenery-enhanced beach- and leisure-wear. NAMILIA went pleasantly overboard in a collection fittingly titled “Crusade Of The Pussycats”. “In NAMILIA’s name, we pray, Awomen” the program read, as Vulva-shaped crossbody bags, exaggerated motorcycle gear, and none other than Paris Hilton and Teyana Taylor in the Berlin-brand’s take on Victoria’s Secret-esque angel wings strutted down the catwalk. And in what has since become sort of a staple for the Belgian designer, Raf Simons‘ CALVIN KLEIN collection, once again, made a mockery of American Pop Culture, dressing models in swimwear-inspired onezees paired with shark printed tops in reference to Steven Spielberg’s JAWS from 1975.

As presumed beforehand, Riccardo Tisci’s Burberry debut was all anyone talked about during London Fashion Week. While, to many, the collection lacked a clear vision of where the Italian designer’s version of the label was headed, sending 134 looks down a relatively small runway could be understood as a statement in itself. Mens- and womenswear was showcased accompanied by an almost overwhelming selection of multi-functional accessories, most of which were emblazoned with the new signature monogram. Tisci — who has previously been credited for Paris-based Givenchy’s glorious ascension and the implementation of streetwear in a luxury market — drew from Burberry’s rich outerwear past through numerous variations of the house’s iconic trench coat, as well as introducing perhaps more youthful garments, such as logo printed T-shirts, into the upcoming ready-to-wear range. Overall, Tisci’s offering was anything but boring, however, it appeared a bit scattered in terms of creative focal points. Nevertheless, we consider it a fairly good start, predict the line to be — if nothing else — a commercial success.

We witnessed Prada taking a trip back to the 60s, with models sporting micro-bangs, pixie cuts and Twiggy-lashes, while Dolce & Gabbana, who’ve recently received more attention for problematic comments about celebrities and social issues than their clothes, sent a diverse, star-studded cast of models — Ashley Graham and David Lynch-muse Isabella Rossellini among them — down a crisp, white-tile runway. On the shadier side of things, however, we find Moschino. The inherently comical-yet-chic label led by American designer Jeremy Scott came under fire for their latest set of looks: A collection initially praised for its uniqueness and execution would soon make negative headlines for allegedly ripping off Norwegian designer Edda Gimnes’ collection from a couple of seasons prior. According to the latter, she had been in talks with Moschino reps over a job, only to later spot pieces resembling her portfolio-material strut along in Scott’s SS19 presentation. However, Scott and Moschino responded to the accusations with proof at hand, pointing to archival sketches of similar style, more or less putting an end to the controversy.

All in all though, it feels like Paris should take home the award for most questionable Fashion Week of the season. Two shows, in particular, seem to have struck a negative chord with audiences in- and outside of the fashion circuit. First off, let’s start with Hedi Slimane‘s debut at CELINE. The French designer’s first gig at the formerly Phoebe Philo-led maison was undoubtedly one of the most anticipated events of the calendar. While many mourned the departure of Philo and her signature minimalist aesthetic, one had the impression that equally as many were excited to see Slimane infuse his handwriting into the brand’s DNA, especially after LVMH announced the new CELINE would expand into menswear and fragrance. Unfortunately, aligning with Philo-devotees’ and Slimane-critics’ worst fears, CELINE-sans-accent-tegue failed to impress. In what can only be described as a complete turnaround, Slimane transformed the reserved, stoic, powerful CELINE-woman into sequined minidress-wearing nightlife vixens. And while the two styles are close-to-contradictory in visual comparison, Slimane is notorious for his love of the grungy wild child, as it was also the aesthetic basis of his previous work at Saint Laurent.

What functioned for Saint Laurent quite well as means to appeal to younger, cooler crowds, felt unnecessary — in the court of public opinion — for a brand identity so well established as CELINE’s was under Philo. Furthermore, prestigious publications and Instagram users alike agreed that the depiction of Hedi’s supposed CELINE client was an inappropriate one when viewed in light of the problems women face in the world. Here, #metoo movements, Trump’s presidency and the Brett Kavanaugh v. Dr. Christine Blasey Ford case come to mind as current prime examples for the mistreatment, silencing and degrading of women through a patriarchal lens. Not to say Hedi Slimane is a supporter of any of those things, but with a cast of 93% almost troublingly skinny-looking, white models, one cannot help but wonder how in — or better out of — touch this man really is with the culture we live in, let alone the methods he could or should have made use of to solidarise himself with women of all colors, shapes and backgrounds. A handful of commentators even went as far as to say that Slimane’s drastic reinterpretation of CELINE was lackluster and boringly off-trend at best, and a straight up middle finger to Philo-era sophistication at worst.

Albeit in a different, yet (to some) equally upsetting way, American avantgardist Thom Browne presented his SS19 nautically themed collection in Paris, too. Partially constricted in clothing to the point of movement-inability, atop of freakishly steep heels and disguised by mouthless masks, models tried their best at effortlessly swaggering through the ever-so-opulent set. Though spellbinding in terms craftmanship and commitment to detail, the message people accuse Browne’s jawdropping looks of conveying is a pretty troubling one. Viral Instagram fashion critics @DietPrada note that “in an era where women’s accusations are consistently doubted and dissected at every step, this showing reads as tone deaf.” Their post regarding said show has garnered more than 22.000 likes and close to 1.000 comments, proving there is a certain amount of scepticism to be held against a collection that, at first glance, evoked nothing but awe from many of the industry’s key figures. Whether this is to be viewed as a misunderstanding between designer and spectator, provocation or plain carelessness is yet to be declared. Whatever it may be, though, this collection, along with many others, raises questions on the relevance, credibility and wokeness the fashion industry is performatively pretending to bring to the table, vs. the sensibilities it actually serves or doesn’t have any of.

Maybe there was something in the @thombrowneny show notes we didn’t see, but we’re finding it hard to grasp the need to show women literally bound and gagged on the runway at this particular moment in time. In an era where women’s accusations are consistently doubted and dissected at every step, this showing reads as tone deaf. If this was somehow a response to end the silencing of women, it missed the mark. Between their models incapacitated by the 5 inch heels (many with their arms laced down, unable to brace a potential tumble), the near vaj-exposing finale parade at Saint Laurent, and Hedi Slimane obliterating any shred of the thoughtful sensitivity that Phoebe Philo imbued into women’s fashion at @celine , Paris fashion week seems to be on shaky ground. At least we still have Miuccia to save the day with @miumiu tomorrow. Besides all that, how about that tribute to Anna Della Russo in her heyday of streetstyle stardom? Lol. • #thombrowne #pfw #parisfashionweek #suiting #tailoring #zegna #metoo #registertovote #callyoursenator #mask #horror #corset #lacing #bondage #heels #shoes #runway #wiwt #ootd #boundandgagged #torture #dietprada

Fashion is, always has been and always should be a channel of an artist’s view of the world and the things that happen in it. Many designers, past and present, have elegantly and powerfully demonstrated the balance act it can be to create not only clothing you find beautiful to wear, but clothing that hits a nerve and makes you think. It’s not everyone’s duty to advocate non-stop for causes within all areas of their private and professional lives, but being the outlet it is and having the influence it has, it can seem nothing short of ignorant when industry role models stray completely away from utilizing fashion to artistically process the hardships a large amount of communities face in our society. A more refined sense of tact could’ve probably avoided at least the problems we’ve addressed in revision of Paris Fashion Week. And while, of course, a fair amount of rebelliousness is integral to being a successful creative, there certainly are ways to keep things interesting without being reckless.