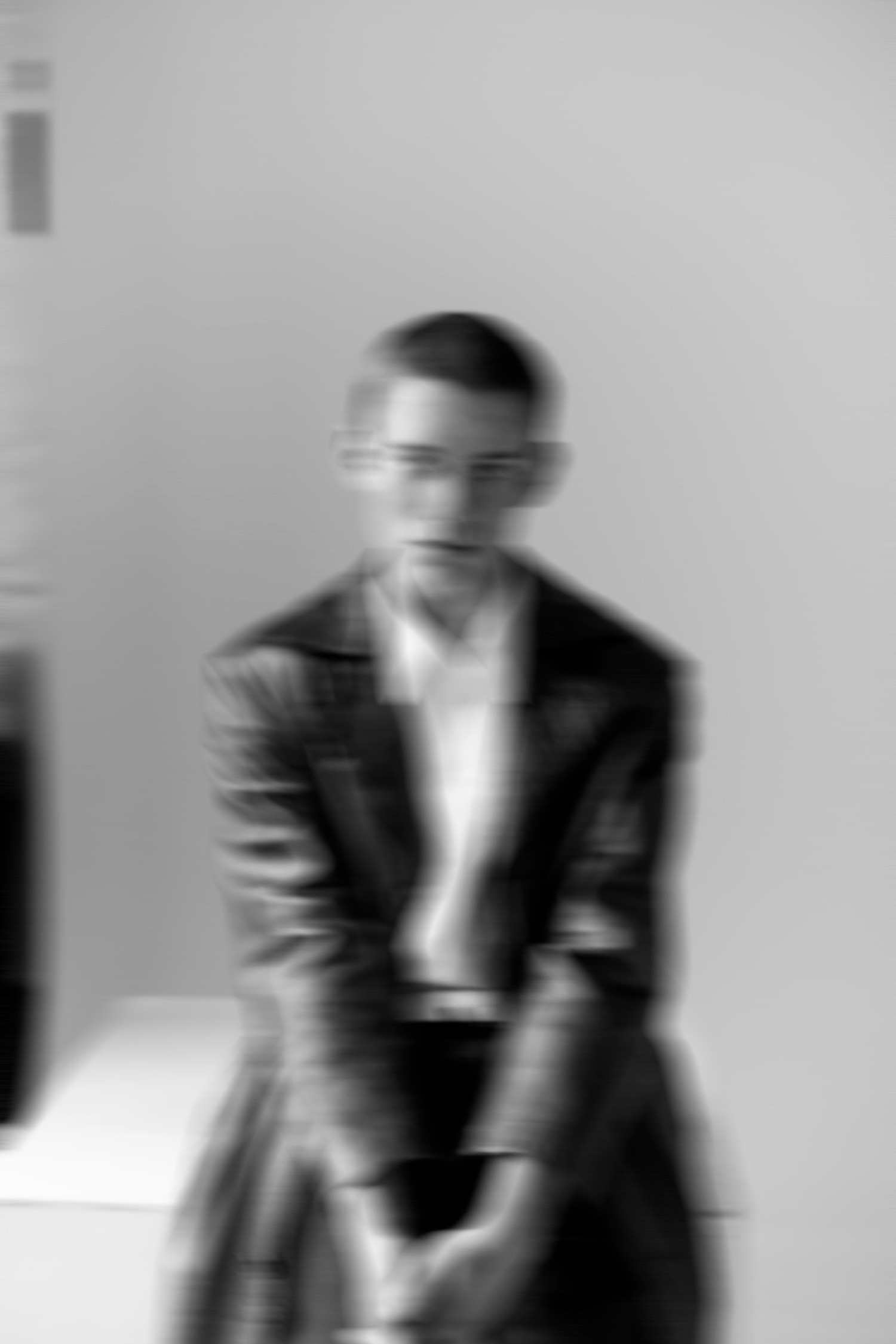 ARE WE ESCAPING SENSE? EXPLORING MUMBLE RAP, MEMES AND MEANING

In 2015, the rapper Hopsin released a video satirising the trend for newer artists to slur their words to the point of nonsense. Called “No Words”, the video begins with a harsh criticism of the delivery of so-called “mumble rappers” like Future or Desiigner whose lack of enunciation makes their lyrics almost unintelligible. “These foo’s ain’t spittin’ no type of dope shit but that’s not even the bad part: they’re not even saying words anymore!” he laughs. “I know for a fact that nobody knows what these dudes are saying!” he continues, before launching into a highly auto-tuned flow of ad libs and gibberish over heavy beats accompanied by stock visuals of cash, strippers and fast cars.

It’s not surprising that “mumble rap” faces such stinging criticism; claiming the new is deficient in comparison to the old is a line of argument that’s marked discussions about art since as long as we’ve been having them. But quite aside from the conversation about its value, the tendency towards obscuring meaning by scrambling language is hardly even new to begin with. In such an ever-evolving genre as rap and hip-hop, language is constantly renewed, referenced and revived. And it’s far from the only art form that’s relied on spouting nonsense—quite literally—to creative ends. Rappers like Young Thug or Lil Yachty, the exact lyrics of whose bars are hotly debated on Genius forums, are simply relying more on form than content to affect their listeners, asking the audience to fIll in where they don’t want to defIne. Traditionalists might call it non-sense and they’re probably right—but not in the dismissive way they think.

Mumble rap suits the zeitgeist. It suits internet forums, YouTube videos, Twitter and memes: it suits an age where we collectively bring sense to things, when meaning is scant. Because the internet was built for nonsense. Well, it was built for sense, really—as a means to communicate, connect, share information. But, much like language itself, the very fact that the internet is supposed to contain useful things makes it ripe for subversion, to create things without much use, or sense, at all. The internet is an often silly, inane place, full of human mistakes and automated meaninglessness. Pictures proliferate, meaning forms through memes and apparently unintelligible rap lyrics can take on new life of their own. Trawling the internet, particularly sites like Tumblr or Reddit where users have free rein to post unedited thoughts and bad photoshop jobs, you’ll come across all kinds of gibberish. Misspellings spawn new cultural phenomena, inviting us to play a game of definitions for made-up words: just look at the endless entries on Urban Dictionary.

But nonsense isn’t just trivial, nor is it new. The Bad Lip Reading video you’re watching on YouTube sits in a long cultural tradition of people using illogical language to create inane humour. Language by its very nature is a form of logic, an imperfect mode of expression that obeys set rules whose everyday purpose is largely functional. Nonsense denies that function: it eludes logic by deliberately making our most significant form of communication malfunction. It appeals to the parts of our brains that don’t want to follow rules, logic or formality, and that’s why linguistic nonsense is so appealing as a type of expression, particularly of humour—an enduring kind of parlour game.

Examples of deliberate linguistic nonsense date back to at least the Medieval times, with absurd poems about fish giving sermons and eels singing hymns written in Old English. In Victorian England, nonsense poetry became particularly popular, a kind of proto-mumble rap, and the form was refined; it was a way of playing in a society that had otherwise strict moral and behavioural rules. Edward Lear and Lewis Carroll were two of the most well-known masters of nonsense poetry, with Lear publishing his famous poem“The Owl and the Pussycat” in the same year as Carroll wrote his tales of Alice in Wonderland. The hallucinatory world of Wonderland was—still is—a land of nonsense, of random occurrences where rabbits can be late, madmen throw tea parties and playing-card queens yell “of with their heads!” on a whim.

One of the most famous episodes of Through the Looking Glass is when Alice reads the poem “The Jabberwocky” about the slaying on an imaginary beast. Carroll uses made-up words that are difficult to decipher. But for all its nonsense, the reader can still tell that the poem is grammatically correct, recognising which nonsense words are verbs and which are nouns. It has a rhyme scheme and regular lines. And, despite all the meaningless words, you can tell what’s happening. A boy goes of to kill a beast and comes back triumphant. For something labelled as nonsense, “The Jabberwocky” makes quite a bit of a sense.

When you look back at this nonsense poetry, written nearly 150 years ago, it becomes clear that cultural non-sense—as silly, absurd or ridiculous as it is—usually leaves you with at least the impression of sense or feeling. And that sense comes about not in the content but in the form. Poetry is a highly structured, formal way of writing where its stylistic features, its rhymes and metrics, give rise to part of its meaning. And in that way, memes, inane Vine videos and Desiigner’s drawl aren’t a far cry from nineteenth-century poetry. Memes also accrue rules after a while circulating the internet (a 4chan bro will never hesitate to correct your non-conforming use of Pepe the Frog) and at least part of their meaning comes from the right combination of text, font and image formatting to create the best comedic effect.

In that way, nonsense relies on human response. The reason images are so popular on the internet is their ability to communicate a whole host of human responses without the need to write any-thing but a few words to complete the thought. Kermit drinking tea captures silent judgement; Grumpy Cat is all of us on Monday mornings; and Success Kid is how we feel after a win, no matter how small the victory. The most enduring, funniest memes though, are able to transcend simple relatability and—like the best non-sense — resist any attempt at meaningful “translation”, or at least lose their humour when they are. Why is Doge funny? Could you explain it to your parents? It’s more than simply the misspelling of “dog”, even if that’s how it began life. There’s some infectious effect that comes with the picture of a Shibe dog, the expression it’s making, the comic sans font and the bad grammar. Much words. Very laugh. Unlike Kermit sipping his tea, one does not simply Google “why is Doge funny?” and find a satisfying answer.

Of course, memes are not all nonsense and they’re by far the only form of modern absurdity. But they often begin as such and they begin to communicate something that becomes more refined the more it’s shared. The way memes convey ideas, the way they have their own established forms, demonstrates a very human tendency to make sense out of nonsense—to shape the absurd and give it at least an interpretation, if not a definition. Even the most deliberately incoherent rap lyrics appear to make some sense in context, either because of the rhythm, the timing or the mere suggestion of speech.

It’s in the search for meaning we inevitably bring to it that nonsense can take a dark turn. Wonderland is supposed to be a playful place for children to imagine but it can also strike the reader as terrifying. And while “covfefe” might make you laugh at Trump’s stupidity, the rest of his illogical, senseless tweets and actions are more Kafka than Carroll. Non-sense poetry had a major influence on art and literature in the twentieth-century, in the shadow of World War I, a war most often described as “senseless”. Nonsense was fun in Victorian times because there was always solid order—social mores and Christian values — to return to when Alice woke up. But what if it turns out Wonderland is a dystopia and we’re not waking up from it, after all?

The influence of the absurdism and irrationalism in Lear and Carroll’s creations can be found in much twentieth-century art but, post-war, non-sense seemed more nefarious than fun. From James Joyce to John Lennon, Dalí to DeLilo, the loss of meaning has manifested itself in modern times as menace. In the decades following the World Wars, many people lost their faith in religion and the ordering principles of society were rocked across the Western world in mass countercultural movements in the 60s and 70s. If life had no meaning, then meaninglessness was no longer funny—it was existential dread, something that threatened our human impulse to bring sense to being.

If internet absurdity was originally fun, often accidental, how can it still be seen as such when the websites where we share our most mundane thoughts and jokes are also the site of digital espionage and treason? Even that sounds ridiculous: to think the spies have logged on to Facebook. But it’s true. And when it’s true, it’s not funny anymore. How can we laugh when the people elected to protect us are buffoons spouting drivel, drivel that’s harmful to the majority of the populations they govern? Elsewhere online, brands and advertisers hijack memes and viral videos in order to sell and merchandise, slipping branded content into the ways we entertain ourselves. And in the rush to create content, meaning gets left behind. Captions on Instagram usually convey the bare minimum; clichés and strings of emojis really don’t say anything at all and yet they are the most common kind of writing that accompanies posts. Social media encourages us to spout platitudes, nonsense wrapped up as inspiration, meaningless strings of hashtags, just to feel seen.

But calling out when harmful ideas are masquerading as the absurd goes a long way to fighting back against institutional nonsense. And often the best way to combat the inane is with the inane; satirical sites like The Onion and illustrators like Julie Hoots make fun of the daft nature of modern politics and Instagram influencer culture alike, with a kind of acerbic wit that can both make you laugh out loud while cutting to the heart of the absurd.

So nonsense is a double-edged sword: it’s funny to lack meaning when you have meaning to return to but in a society where the illogical has permeated into the systems supposed to give us some order, nonsense can be terrifying. The difference lies in the choice. Nonsense is supposed to be subversive, not authoritative; it can only be a game when you’re given a choice whether to play. Faced with nonsense, with a gaping hole where meaning should be, we’re invited to make our own meaning: the human response to non-sense is to try to make sense of it. So it might not matter that Future was too high to sing “Tony Montana” coherently or that Young Thug doesn’t deign to enunciate — all that matters is: are you still going to press play?

Header image by VIC BAKIN, from INDIE NO 58, The Nonsense Issue

FEATURE,   INDIE NO 58,   MUSIC,   THE NONSENSE ISSUE
Loading next Article