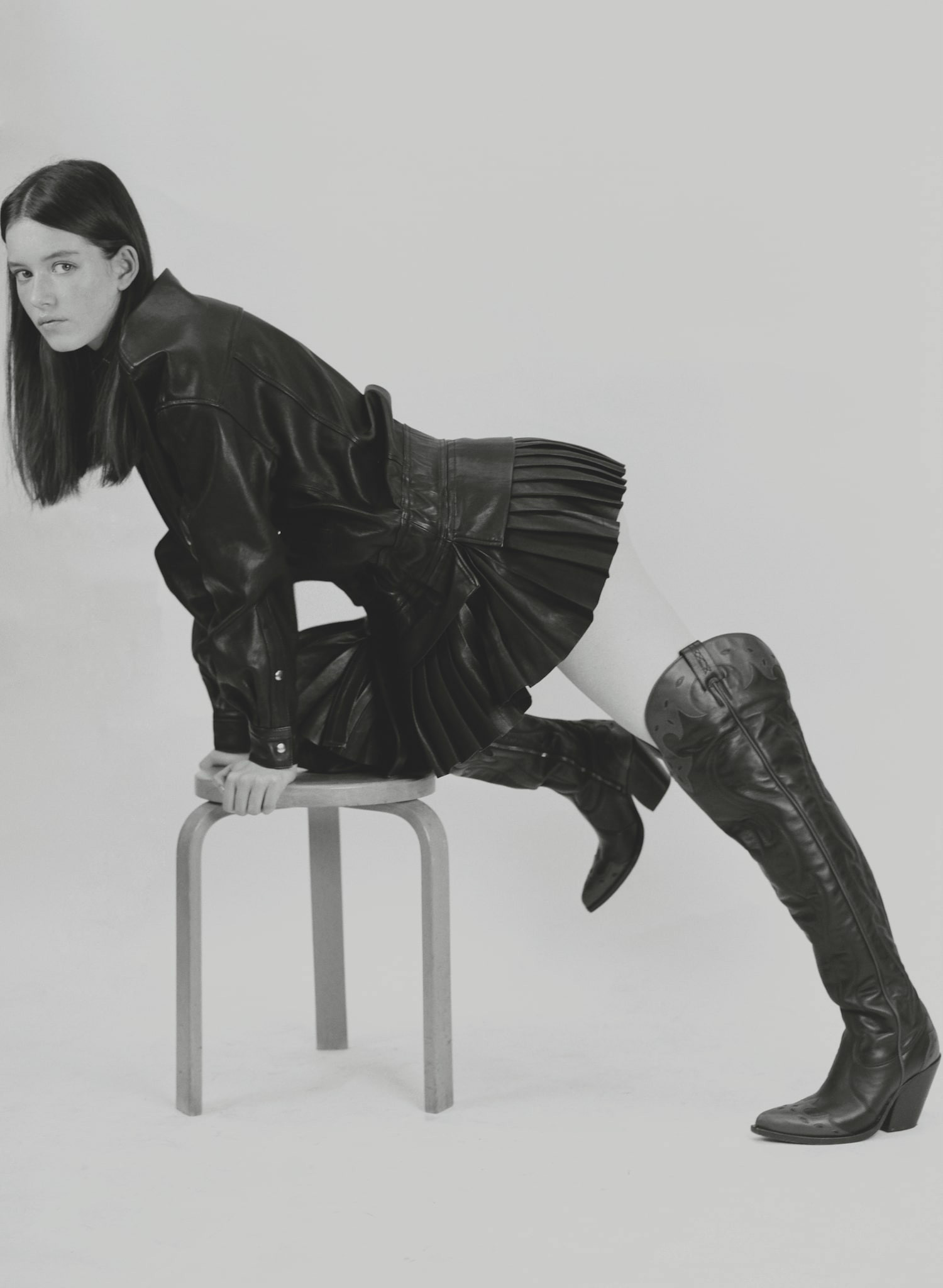 THE EVOLUTION OF: THE MULTIFACETED COWBOY BOOT

Hated by some, embraced by others, there’s no denying the cowboy boot’s enduring presence on catwalks. Most recently, brands like Calvin Klein, Ganni and Coach have debuted their 21st century take on the classic silhouette. Over the years, the resurgence of Western style has come in the form of wearable clothing, costume and, according to some, American symbolism. One has to wonder how commonly-worn Halloween attire could cross the line into high fashion – and further, into politics. Surely, there was a time when its popularity as anything other than day-to-day footwear was unimaginable. The cowboy boot wasn’t originally meant as a fashion statement, or a political one. So, at what point did we start to see it differently? And why does it keep coming back in style?

In the ‘Wild West’

The shoe was ultimately a practical choice. Hard-wearing and sturdy, its appearance was of little importance. Originating in 1870s Kansas, it came with a purpose. It would be worn by men who would spent all day on a horse, so comfort-level was also an afterthought. It was a working boot; a safer alternative to their more precious dress shoes. Many of the design features were reasoned decisions. The tall shaft meant the rider’s leg was protected from slipping out. The higher, angled heal stopped his foot moving through the stirrup, which would cause him to fall off the horse. All the things we now know and love (or hate) about cowboy boots were essentially safety precautions.

Cinema is to be partially credited – or blamed, depending on where you stand – for the cowboy’s transition into the fashion sphere. ‘Western’ occupies an entire genre, tracing back to the late 1800s. Of course, the relevance of these films was originally historical – educational, even. Their clothing was merely a representation of what people looked like back then. But as the genre grew in popularity, it took on a new level of significance. Major stars began taking on Western personalities, and suddenly their outfits entered the mainstream. Butch Cassidy and the Sundance Kid (1969) stars Hollywood favourite Robert Redford as a slick outlaw. Having already been established as a heart-throb, he no doubt helped the cowboy style along. In 1980, John Travolta once again made the pointed boots look cool in Urban Cowboy. But the context was still costume. While they were now being associated with looking good (or the good-looking), it would take more than a few films to inspire their place on the runway.

In the public eye

The broader adoption of a trend is often accelerated by its celebrity sightings. In 1989 Princess Diana, widely cited as a fashion icon, stepped out in tan cowboy boots – worn, intriguingly, with a pair of grey sweatpants. Later, Taylor Swift’s modernisation of country music was accompanied by a suitable getup; in the early stages of her career she frequently exhibited the shoe alongside floaty, feminine dresses. Not everyone loves Taylor Swift, or her original country style, but in some ways it doesn’t matter who is wearing something. The more an item is seen, the more people are aware of its existence – and no publicity is bad publicity. Nevertheless, it does help when someone of universal stature takes on a trend, such as Alexa Chung. And in this case, she has, on several occasions.

That brings us to the modern day. Some think the return to the cowboy boot is more about nostalgia than its visual appeal. Designer Taylor Ross expressed to Vogue that it’s a reflection of the current messy state of US politics; the obsession with the classic Southern cowboy exemplifies a sentimentality about the past, when things were arguably simpler. The boots are unmistakably American – associated with the heroism, patriotism and violence all at once. Just last year, a photo circulated online of a pair lying abandoned on a pavement following the Las Vegas shooting: a poignant reminder of the concerning direction the country is headed in.

A more surface-level analysis might be easier to bear. Have today’s design masters succeeded in drawing a firm line between costume and contemporary interpretation? Paired-back versions by Calvin Klein have captured the aesthetic while maintaining an air of sophistication. Phoebe Philo’s black trench with embroidered Western motifs is a perfect nod to the broader equestrian trend without over-stating its relevance. Dolce & Gabbana brought the cowboy boot to 2018 by rolling it in sequins. Designers have certainly been creative – but the truth is, no matter which style wins out, there’s every chance we’ll look back the cowboy boot in ten years’ time with disbelief at its popularity. Judging by the emerging pattern, it’ll probably be in style again the following year.