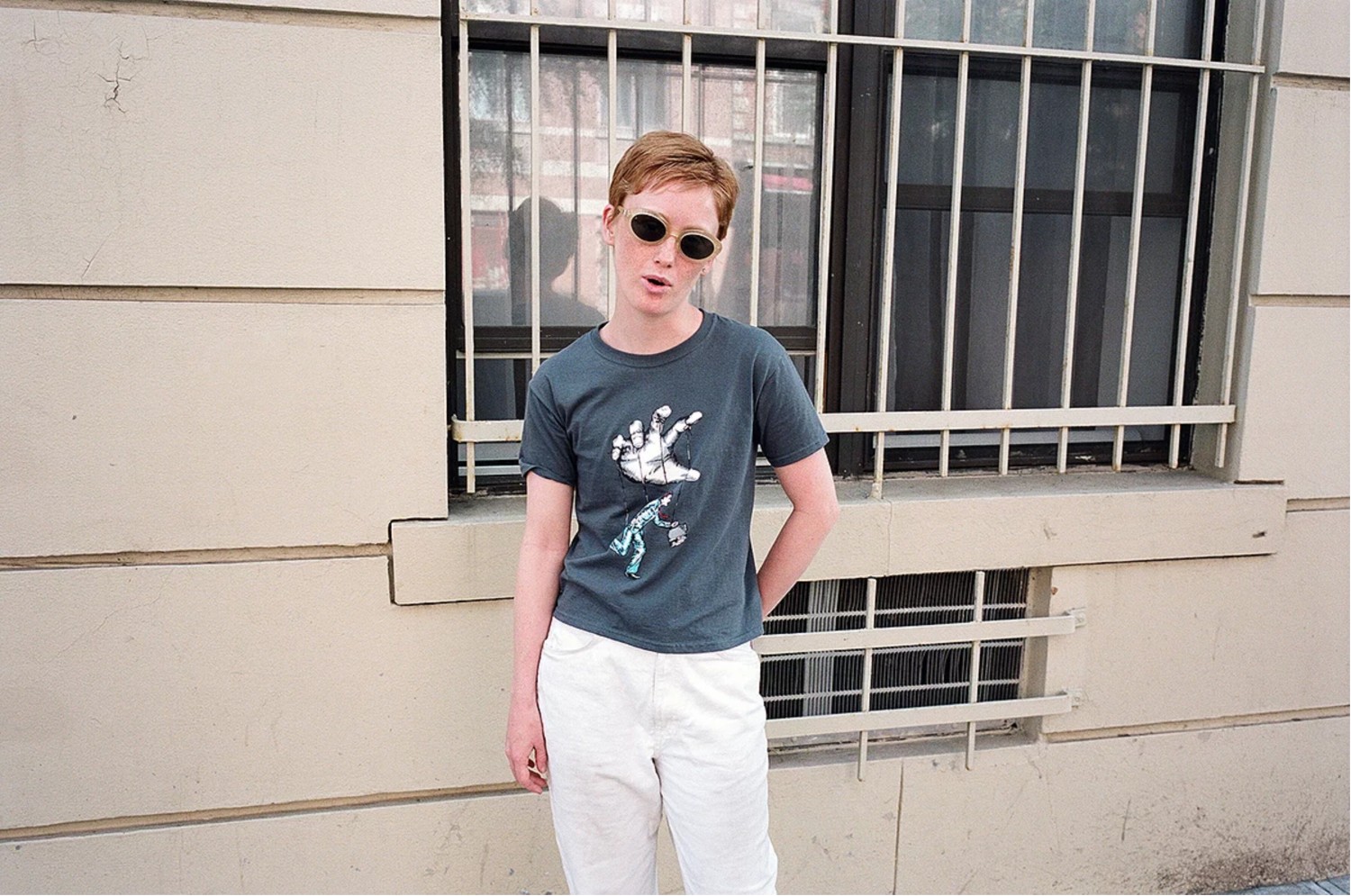 JACK GREER ON LOOKING AT SUBCULTURES THROUGH A PHOTOGRAPHIC LENSE

“There is a lot of beauty in daily activities,” explains New York-based multidisciplinary artist Jack Greer, who’s built his career documenting and archiving subcultures of which he immerses himself — you’d scarcely find him outside of Lower Manhattan, where he’s constantly filming in the streets or creating work in his studio. The medium and materials in his work varies; whether it’s filtered through his documentary, “Circles in Tompkins Square“, which focuses in on the myriad characters in the park, his “Sharpie Landscapes”, where he renders scenes of graffiti-laden rocks in the woods, or his cactus sculptures, into which he threads chains and ropes, Greer’s more concerned with the message than a consistent vessel.

When sorting whom to include in the first iteration of our group-exhibition platform Good Taste, my co-conspirator and fellow journalist Katja Horvat and myself were quick to ask Greer to join the roster. For us, good taste has a lot to do with love, community and camaraderie, things that Greer understands and exemplifies more than most. The following is an excerpt from an interview included in the book, “Good Taste”, which consists of a series of Q&A’s with the artists from the show in New York. 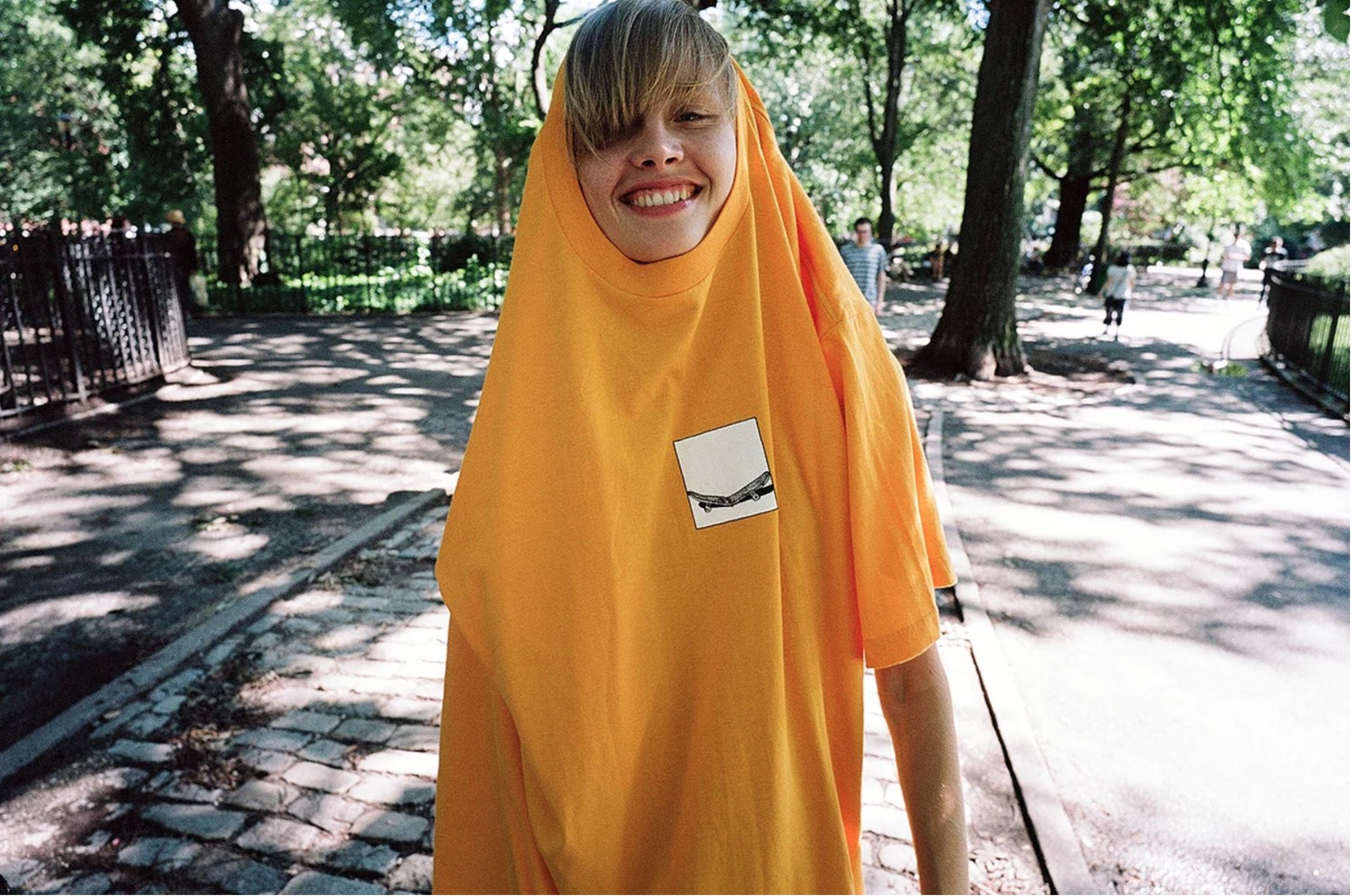 What are you working on now?
A music video for Dev [Hynes]. It’s starring a friend of mine and I’m basically just trying to gather as much footage as I can of him going through the activities that he participates in, like skating, or like just now, it was a tattoo in my apartment. It’s not that dissimilar to “Circles in Tompkins Square” and Iggy Pooped combined in the sense that it’s a sort of day-in-the-life happenchance, circumstances that I come across in New York.

How do you decide what you want to capture?
There is a lot of beauty in daily activities, especially those that are common for people in my life that are outside of the spectrum of what is normal for most people. If I were sitting in an office job all day long, maybe it’d be more difficult to find the moments that I do. It’s very easy for me to document what’s interesting to me; there’s a slew of it. The people I’m focusing on are in their teens or early 20s and have open-ended schedules, with the excitement and openness to participate and do things. They’re not guarded. There is something that is a symbiotic about the whole situation that makes it fun for both of us.

They’re excited to be a part of it and I’m excited to just shadow their lives, which is ultimately my life as well. I mean, if I’m honest with this, I had another person holding the camera while I was giving the tattoo earlier. One of the reasons that it works so seamlessly is that I understand the experience; I’m a participant; and therefore I’m able to capture the things that are probably perceived as being most important from both sides. I recognise the hyper-specificity of these little subcultures as a result of being in them for so long. The people I’m documenting know that they’re in a very comfortable place with me. I’m not going to make them look like a dickus. 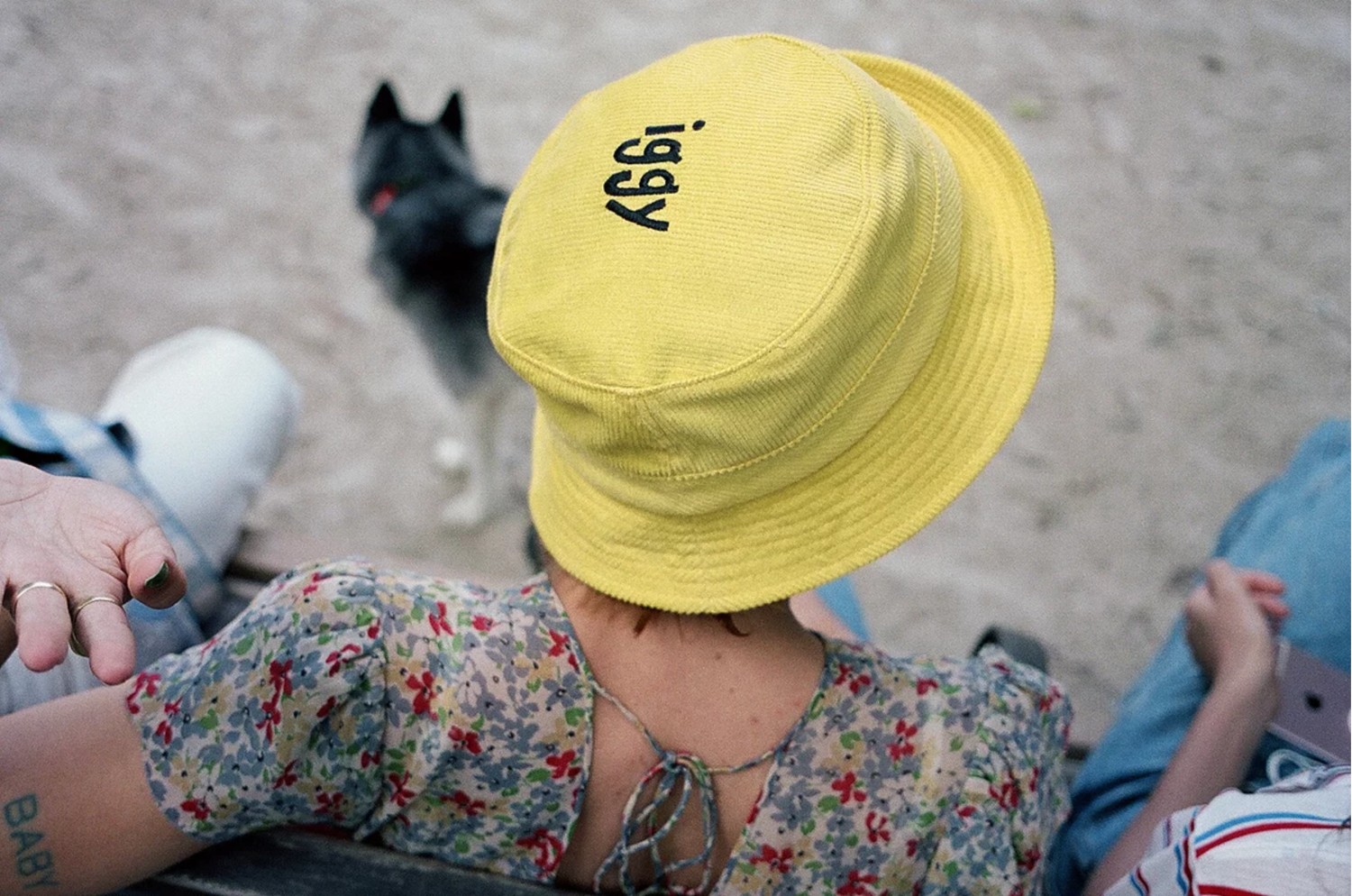 Would you say that the skateboarding community is the source of all of your material or do you think you step outside of it?
I would hope I step far outside of it. I think that the community is where the source of a lot of my material comes from. But I don’t think that means that it’s skateboarding. It’s a congregation of youth in a public space — decisions made in a major metropolitan city by a pack-oriented group. Skateboarding is oftentimes the unifying activity that brings people together but it’s really just a mechanism for me to gain those stories.

How would you describe your collective work?
I’m interested in archiving. I’ve always felt that I don’t make work about a ton of different things. I make a ton of different types of work about the archiving of groups of individuals in shared spaces that are fleeting. They are all different approaches and methods to the madness — the materials and mediums vary from video, drawing, painting, sculpture, cactus — but oftentimes it comes back to this idea of the documentation and archiving of subculture and microcosms and public spaces with individuals passing through them. 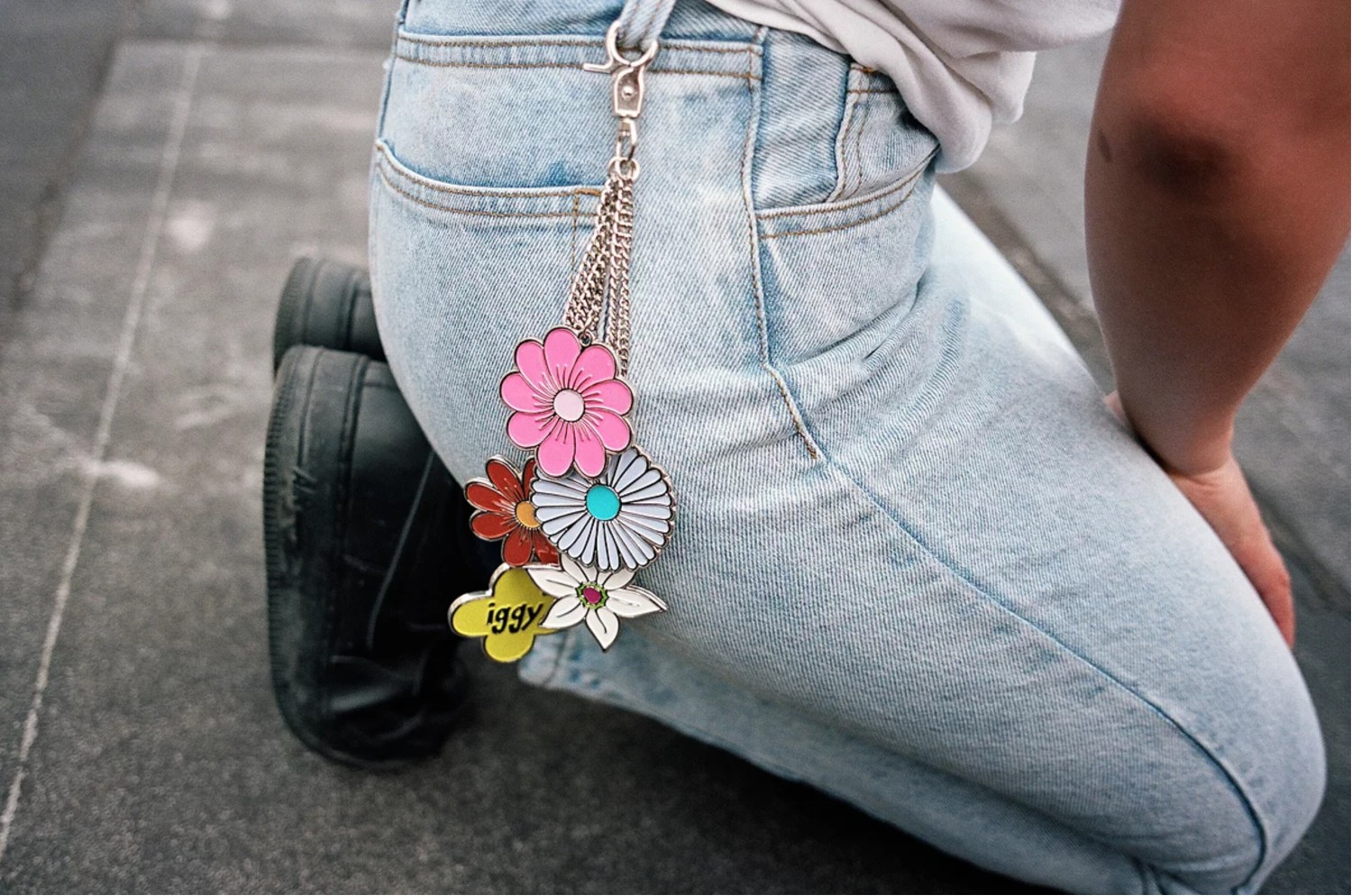 How does that universe operate within a larger universe? How has your work changed?
I think that I’ve become more aware of what the work is about. Although it was always true to form, I didn’t recognise why I made it. I knew I loved pulling these scraps together of my friends and sewing them, but it took me some time to recognise how much that fit in line with this desire to archive something transitory. So as I’ve grown I’ve become more aware of what’s important about the work and what might just be an aesthetic decision after the fact. Therefore I’m able to see the value in some elements of things and the unnecessary components of others. I’m able to structure projects moving forward around the vision. I like being able to see through the surface of the works and really understand what my propensities are and what philosophically I believe in discussing as a human being.

Do you have any concerns about being labeled a jack of all trades, but master of none?
You know my whole life I did. When I was closer to what could be considered a career-based artist, there was a desire from people around me to specify what I do. They didn’t want me to acknowledge the fact that I had worked in fashion as a freelancer in order to pay the bills until my artwork sold. Rather than bring that up as a relevant point for discussing my sewing skills, it was something that was pushed behind because all different people — from collectors, to curators, to even people working alongside me — felt as though it was disingenuous to do more than one thing. For them it was impossible to have full commitment mentally in more than one way. And I think that what’s so wonderful about 2018 is that, one, I’m old enough now that I don’t really give a fuck what people have to say about me. If I’m validated, cool. If I’m not, cool. And two, cross pollination and juggling active creative endeavors is, for whatever reason, celebrated all of a sudden. Now it’s cool. I think I’ve managed to find a way to be the happiest working artist. 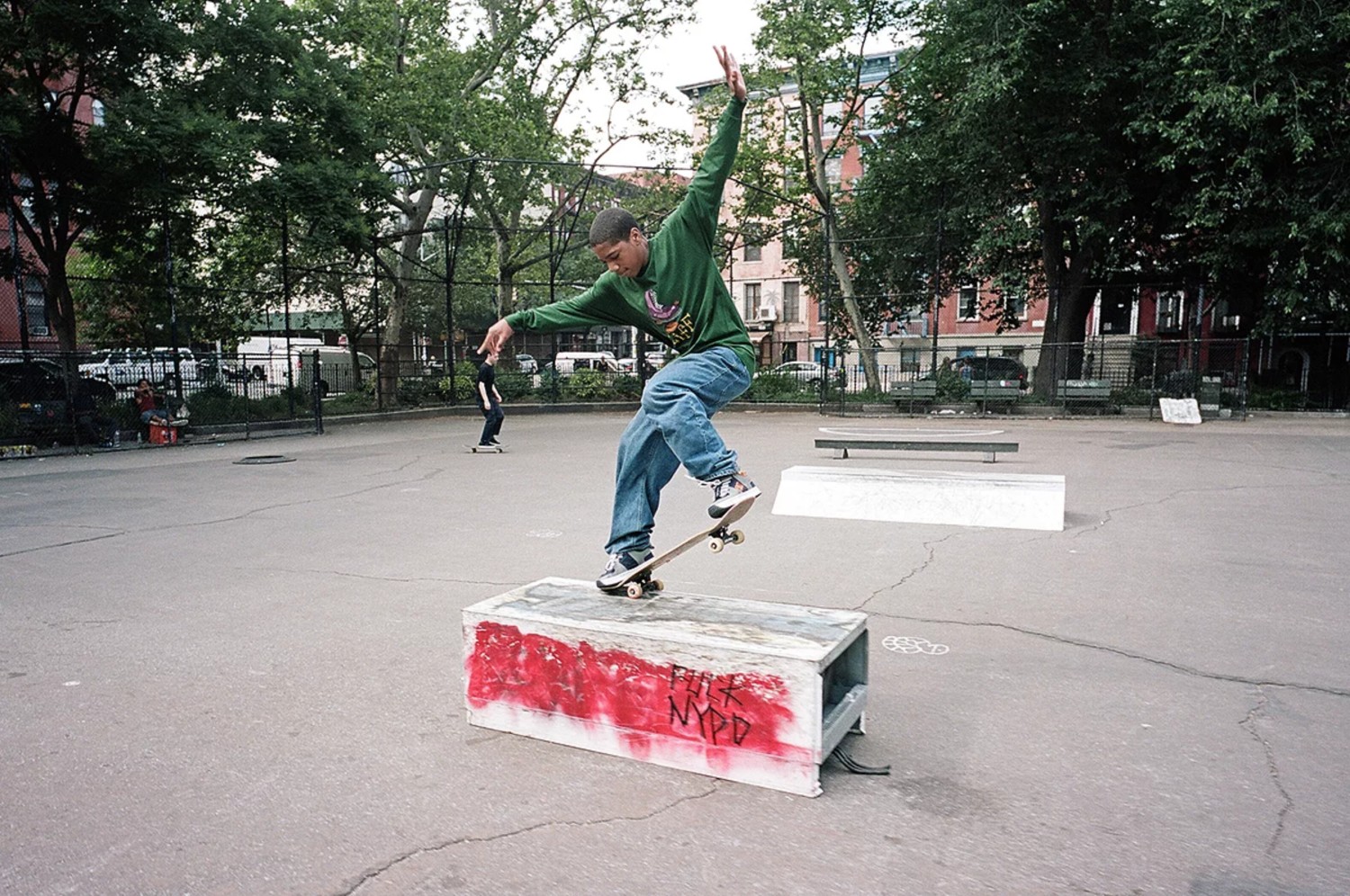 Whom in the art community do you admire?
You know I can admire the work, but I got to say that in many ways I’m not actually that familiar with the personalities and the people. I’m not that intertwined in the art world. So I don’t know if people’s work that I like are also the people that I like.

Let’s discuss work, rather than the person.
I’m funnily attracted to some West Coast artists. The palette and the approach feels of the same brain as mine. I’m definitely attracted oftentimes to more figurative works — the same way I watched documentary films as opposed to anime. I respect any artist who is true to themselves. But when it comes to what am I attracted to, it oftentimes is work that is not that dissimilar to my approach. I love watching documentary films that hone in on a less-than superstar.

Why do you think that is?
Part of it comes from my love for people and there’s a lot of stories out there that are important so I don’t really need to watch another documentary about Warhol. No disrespect, but I think there’s value in so many people’s stories and experiences that I’m trying to capture something that’s fleeting. They might get lost or swept under the rug. If someone else isn’t going to do it, why not me?

I feel similarly. I just record it differently.
That’s why my whole thing; it’s about microcosms. We have the world; we have the country; we have the city; and we have a world within that. And within that is deeper and deeper, down a spiral which will hopefully show that the world when at its largest, is actually more connected than you think. Because through these experiences and stories all the way down the rabbit hole, you find this connectivity between all these different types of individuals and their stories that hopefully will build a larger sense of empathy amongst people in the world, because they recognise: same same but different.

This interview is part of the Good Taste series, an exhibition outlet created by Katja Horvat and Paige Silveria, and
whose first exhibition was powered by Budweiser.