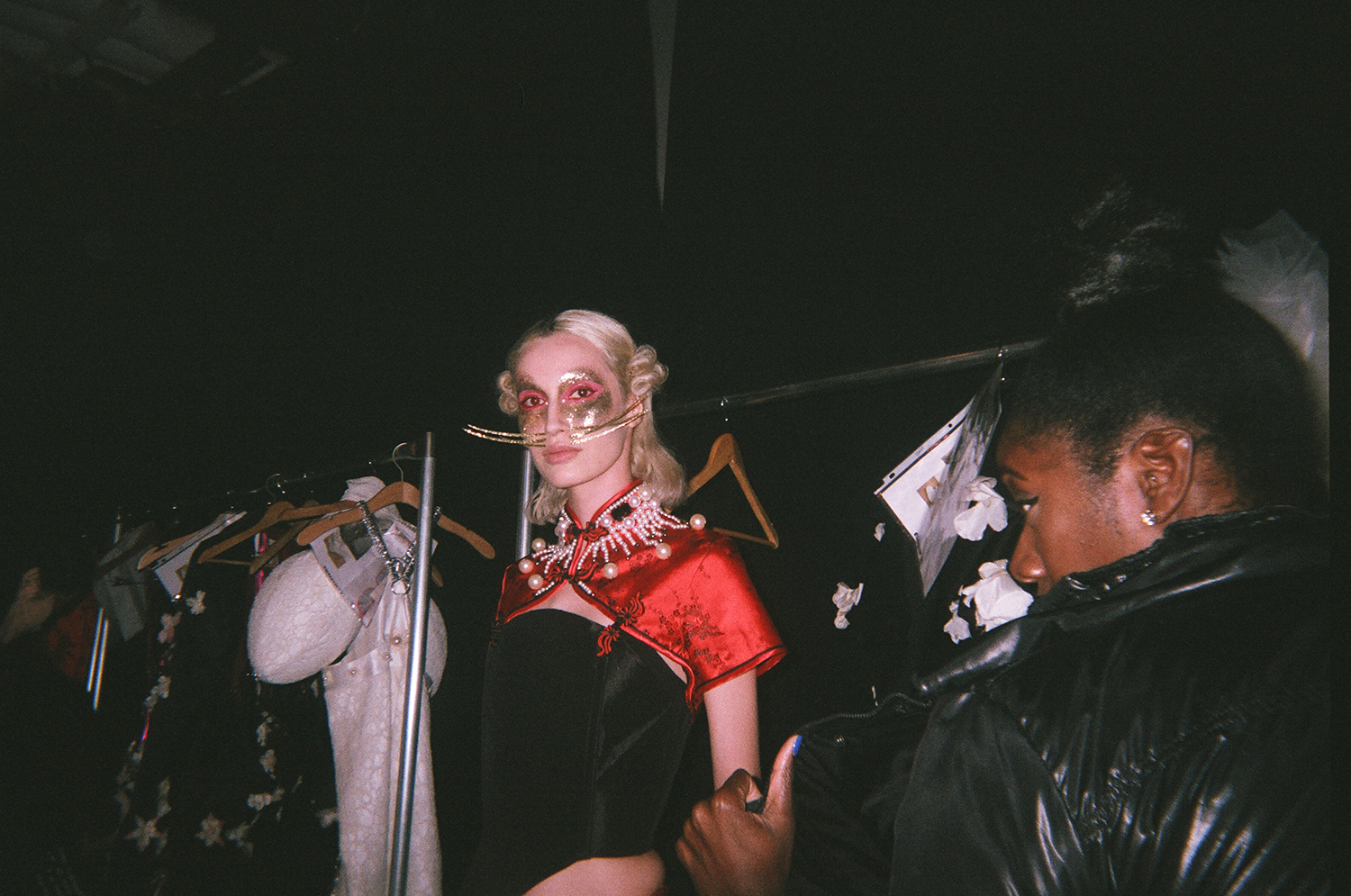 IN CASE YOU’VE LOST TRACK: A GUIDE ON WHAT TO EXPECT FROM THE SPRING/SUMMER 2019 SHOWS

As it undeniably lies within its nature, the fashion industry is in constant shift, with designers and houses re-evaluating and re-inventing their identities as means to keep up with the speed of change in consumer habits, trends and a politically charged creative climate. In anticipation of some of this season’s most looked-forward to transformations, innovations and disruptions, we curated brief overview of what to expect and/or not to expect from Spring/Summer 2019 fashion week‘s offerings.

With New York Fashion Week in full swing, we look back at an already-iconic Opening Ceremony pre-presentation hosted by none other than RuPaul’s Drage Race Season 9 winner, Sasha Velour, featuring performances by fellow queens and pop music legend Christina Aguilera. The star studded event is to be followed up by a an electrifyingly vibrant collection of bold colors in ready-to-wear silhouettes you’ll want to grab right off the runway. Aside from Carol Lim and Humberto Leon’s New York gig—mind you, the pair is also credited for having re-established KENZO—, we also can’t wait for Berlin-born brand NAMILIA’s show. By mixing firm, feminist beliefs with NSFY-prints, cuts and accessories, and pop-art-esque humour, the duo has already achieved instant recognizability, cultivating praise from press and celebrities alike.

Nevertheless, with such sudden success comes a great deal of pressure to deliver at even higher standards. Not to say we have doubts, but we can’t help but wonder what Nan Li and Emilia Pfohl have come up with to reassure their audience that they’re here to stay. Same goes for Gypsy Sport, a brand unrivaled in terms of diversity (in every sense of the word) and original, wonderfully weird pieces. Obviously, Raf Simons‘ next Calvin Klein gig is one to watch, too, as the Belgian designer has continuously surprised with his spin on the New York classic, subtly and not-so-subtly drawing inspiration from a politically divided country and its youth, creating refreshingly experimental pieces on the grounds of timeless American sportswear.

Arguably the hub for up and coming fresh faces of fashion, London Fashion Week and its partakers never disappoint when it comes to wow-moments. This time around, however, it’s the premiere collection of a Riccardo Tisci-led Burberry that has everyone at the edge of their seats. Following a minimalist redesign of the English house’s logo and the launch of a brand new monogram print—both of which have divided fans and critics alike—, we have yet to be introduced to an actual garment. Given the mystery that’s surrounded the upcoming collection, we doubt Tisci will stick to predecessor Christopher Bailey’s rather romantic approach towards the iconic brand best known for its signature plaid and trench coats, instead opting for an edgier reinterpretation of Burberry’s archive material. Most recently, Burberry came under fire for reports that the brand was destroying millions of dollars worth of clothing, leather goods and beauty products, allegedly aiming to sustain exclusivity and desirability in an oversaturated luxury market. After backlash, the company explained it would step away from burning unsold items and the usage of fur. Needless to say, we can barely wait to get to know the new Burberry and will continue to closely observe its every move.

European Fashion capital Milan’s take on fashion week has never shied away from bringing jaw-dropping opulence and finest Italian craftmanship to the table. In what has presumably proven a wise business decision, Prada has, most recently, drawn inspiration from its very own past, re-introducing us to personal favourites, new classics and streetwear friendly attire, catering to an increasingly diverse crowd of rule-bending and -breaking fans. Most recently having relaunched its popular, nostalgia-inducing active- and outdoor line, Linea Rossa, we believe the house will continue to dabble in its past while simultaneously meeting a new generation of hungry, fashion-forward consumers’ aesthetic needs. In a rather unusual turn of events, Alessandro Michele’s Gucci will show in Paris instead of Milan, with a promised return to Milan in February.

Aside from the fact that Paris is the indisputable epicenter of the fashion industry and, thus, offers a more-than-impressive line up of labels—young and old, traditional and avant-garde, local and international—year after year, this season’s most divisive and anticipated event has to be Hedi Slimane’s debut as CELINE’s creative director. Following a creatively radical reinvention of the Yves Saint Laurent image, Hedi Slimane departed from the famous Parisian house—which, thanks to him, we now know simply as Saint Laurent—and temporarily fled fashion limelight in 2016, only to resurface as the newly appointed head of famed ready-to-wear label Celine. In what can only be described as typical fashion, Slimane had its typeface changed from C É L I N E to CELINE, to the dislike of many.

An ode to a 1960s version of the brand’s logo, the new design was revealed alongside enigmatic campaign images of gold foil curtains and a black and white picture of a model facing the opposite direction of the camera lens, wearing what is assumed to be a black sequin cardigan from Slimane’s first collection. CELINE was formerly led by British designer Phoebe Philo, who, with her signature minimalist-but eye-catching style-approach and knack for irresistibly chic leather goods, turned the struggling maison into one of the most popular high-end labels of recent history. Understandably, CELINE-fans are anxious, if not worried, in light of Hedi’s appointment, as his aesthetic—in and outside of his work for Saint Laurent—arguably has little to nothing in common with Philo’s take on womenswear. These concerns have further been fueled by complaints from customers who claim CELINE’s website has been wiped clean of all pre-Hedi content, disabling online shopping. As we have yet to receive information on design-demi-goddess Philo’s whereabouts, we do very much look forward to what Slimane’s vision has in store for CELINE and hope it’ll please old fans, as well as attract new ones.