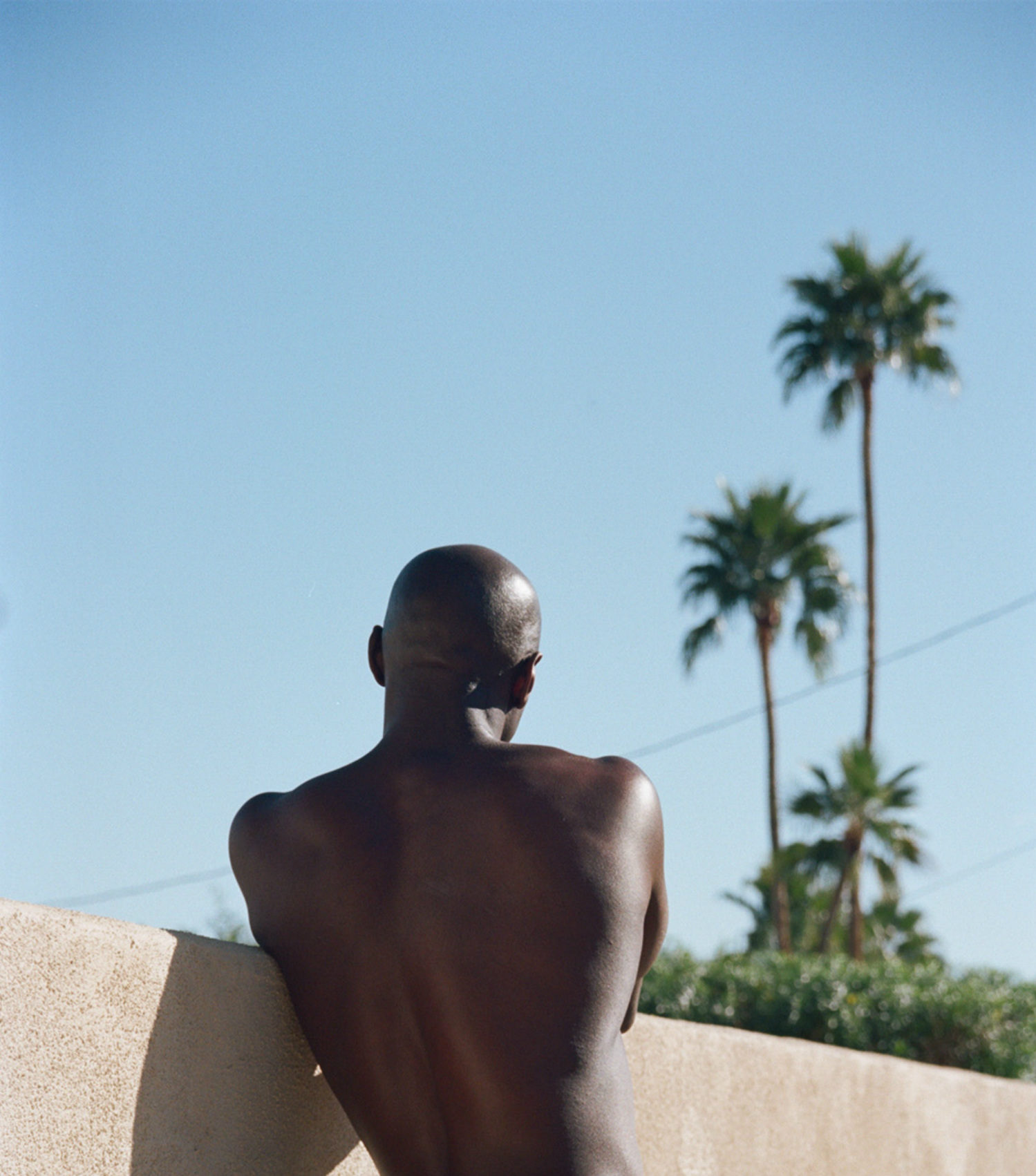 IN SEARCH OF MALE BODY POSITIVITY: “WE ARE ALL HUMAN BEINGS AND FRAGILE”

Adonis is the name to a tragic figure in Greek mythology. He was the mortal lover to Aphrodite, the goddess of love and beauty. One can imagine he, too, must’ve been rather attractive in a classic sense of the word. Not for nothing do we, to this day, talk about Adonis, or better his body, as somewhat of a standard-setting archetype, the ideal version of what a male body can (and should) look like. Further, you may also be familiar with the so-called Adonis-complex, a body dysmorphic disorder based on fears of being too skinny, not buff or defined enough.

Contrary to what still seems to be popular belief, men, too, suffer from pressures of bodily perfection. And when we skim the enormous landscape of fashion and commercial advertising, this lack of body diversity within the male-targeted market becomes all the more evident. While the debate surrounding unrealistic, even discriminating body ideals as part of female casting has long reached mainstream relevance, the same discussion in regards to the male body image is yet to really take off.

Needless to say, girls and women are still not liberated from restrictive perceptions of beauty, as many companies seek to place “plus size” (or rather regular sized) women solely “as means to an alibi”, as opposed to legitimately embracing diversity, Mona Schulze, founder of Curve Model Management—a Hamburg-based agency devoted to models surpassing size 0—, tells us. “More often than not, one in ten females is plus sized and cast for all the wrong reasons: self-adulation and to avoid criticism”. On the other hand, though, through wide-spreading movements advocating for body positivity, women of all sizes seem to feel more empowered than ever. “We receive loads of applications on a daily basis of women who love their body and want to flaunt that confidence. When we street cast models, women generally feel very flattered, but also confirmed in their beliefs that they are, in fact, beautiful no matter their size”, she explains.

“It’s a whole other ball game with men, though. Street casting male models is quite a challenge. Most men we approach feel uncomfortable with that type of attention, they’re in disbelief, denial even, that there is such a niche for men, simply because the majority of ads we see suggest otherwise and they can’t picture themselves categorized as models.” That in mind, we remember that menswear is often associated with a very particular model-silhouette as well: Tall, slender and/or muscular, cheekbones and jawlines, piercing eyes and flawless skin. Just about every fashion campaign—fast or high—displays the male body moulded to perfection, proportion and symmetry within every detail. Similar to the female market, it’s the underwear department here, too, that protrudes as the most problematic. Calvin Klein, Giorgio Armani, Versace… You name ‘em. All of them promote their products through models with Demi-God-like sets of abs, arms, legs and generously stuffed briefs. Not to say these men have no place within the industry or—god forbid—should be discriminated against for their appearance. But it’s about representation and identification. And whether Casting- and Art Directors like it or not, their average consumer has little to nothing to do with meticulously photoshopped, airbrushed, roman statue-esque physiques.

Back in 2016, American Eagle Outfitters became the center of attention for what was first believed to be part of their sub-brand’s new campaign and a move in the right direction. The release featured a variety of ethnically and bodily diverse models in the house’s boxer shorts. After an apparently unexpected wave of genuine praise from media and consumers, the retailer admitted that aforementioned images were part of a social media April Fools post, and not meant for official advertising purposes, but as a hoax to raise awareness for their mantra of refusing to retouch images. Unsurprisingly, this rather poorly executed—and quite frankly confusing—PR stint was met with backlash, despite the good intentions it may have had initially.

However, actual change is on its way. Schulze tells us that “in the beginning, clients that booked plus size male models were very commercial, very catalogue. They didn’t want a sixpack-type, they wanted the everybody’s-favorite-neighbour-type, someone more relatable to market their products. Now, we see an increase of diversity in more aesthetically-appealing ads. Shops like Zalando and Asos have integrated a curation of brands for the fashion-affine customer, and Levi’s recently shot a campaign with one of our models to emphasize the importance of diversity within their menswear range.”

Nevertheless, high fashion is far from being appreciative or inclusive towards non-catwalk figures, particularly when it comes to advertising. We ask Erik Raynal, Parisian stylist and creative consultant based in Berlin, how he’s experienced this shift within the industry, and why the male body appears to have been neglected somewhere along the lines of the body positive movement. A big part of the problem, he says, is attached to outdated societal demands connected to gender. “We generally associate the idea of ‘masculinity’ with being confident about oneself and one’s body. We as a society are primed to perceive men as more capable of handling situations, facing challenges and getting into higher work and social levels, and thus demand them to be more in control of their emotions.” According to Raynal, the fact that there has been no real movement for male body positivity also stems from a difference in expectation: “I just feel men don’t have as many pressures, standards, conceptions and norms to abide by in terms of how they look, so they are allowed to feel more secure about their figure than women.” The latter also implies that men are subtly stripped of their rights to articulate insecurities and disguise them as part of conforming to age-old definitions of masculinity. “As someone who opposes the idea of gender and the stereotypes involved, I feel it’s time to further explore the male body in alternative ways.” As it may be less a question of how satisfied men really are with their bodies in comparison to women, and more so a question of being able to freely address discomfort, Raynal wants to “show that men are also vulnerable” – “We are all human beings and fragile,” he says.

(Un)surprisingly, reaching out to male models in hopes of receiving observations from within resulted in little to no success. The majority of models being entangled in contractual obligations, obtaining statements that go beyond client- and/or agency-approved commentary generally poses a challenge. It seems, however, that this subject in particular, is a very sensitive one. One that many chose to respectfully decline taking a stance on, no matter the circumstance, no matter personal or professional. It seems as though asking, let alone answering the question of where to look for male body positivity and whether such an idea even exists within high fashion is too risky.

On a positive note, though, the aforementioned American Eagle just released a new series of campaign shots, aiming at a more embracing approach towards advertising their jeans for customers outside the scope of ripped, blond beach boys. That being said, while we are certainly able to witness individually driven progress, the fashion industry at large still struggles with transporting an inclusive, inviting image, instead having created a body-elitist one, for men and women alike. For better or worse, it lies within the hands of consumers to accelerate change by calling labels out and encouraging them to part ways with so called traditions. Just as female body positivity, male body positivity, too, will have to be birthed and nurtured by us first before we can expect the industry to follow suit.