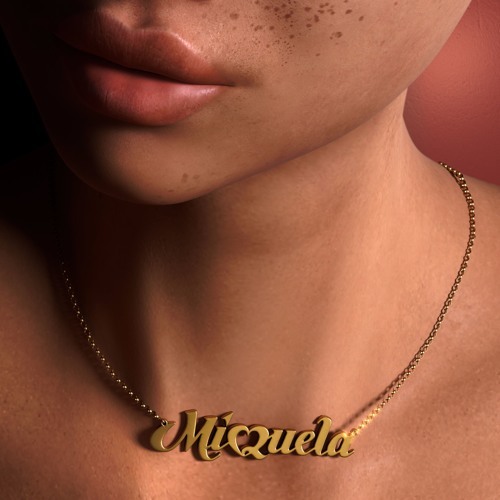 “SIRI, ARE YOU GOING TO TAKE MY BOYFRIEND?” – CGI MODELS, SEX DOLLS AND INTIMACY’S UNEASY FUTURE

After investigating the intersections between artificial intelligence and work, here we explore the effects that AI models might have on the future of intimacy.

At face value, Miquela Sosa of @LilMiquela seems like your average influencer. Nineteen years old and based in Los Angeles, she wears the latest sneaker drops, parades around with a troupe of micro-celebrities and supports #BlackLivesMatter. She has an ever-coveted blue check next to her name, and has attracted attention from brands like Prada, Opening Ceremony and 032c—oh, and she’s not real. But you already knew that.

It is obvious that Lil Miquela is positioned as a critique of the ways in which we engage with human influencers: her photo descriptions mirror influencer rhetoric to a T, and she offers a similarly constructed vulnerability, sharing personal anecdotes and life updates as they see fit (one particularly incendiary instance of this vulnerability came earlier this year, when Lil Miquela and fellow fembot @BermudaisBae underwent a very public feud). Through this mimicry, Lil Miquela and her peers reveal the underlying fakeness and performativity of our favourite Instagrammers; they defamiliarise any claims to authenticity present on social media, practically calling all of our digital interactions into question—for how much more ‘real’ is Lil Miquela than Chiara Ferragni or Kylie Jenner?

What’s the MOOOOVE tonight?? I heard that if you walk towards the house with the music playing then you find the party! Maybe we’re early. If you have the address to the function tonight then drop it in the comments!!!!

But beyond her posts and collaborations, perhaps the most revealing aspect of Lil Miquela’s persona isn’t the content that she posts but the ways in which people interact with it. Equal parts drawn out conspiracy theories (Is she an actual robot? A product of too much Facetune? A member of the illuminati?) and eerily genuine compliments, the comments section of her posts illuminates not only the drastically different ways in which people interpret her phenomenon but also an overwhelming cultural fixation—and attraction—to fembots.

In extreme instances that mimic the plot of Spike Jonze’s Her, commenters go so far as to declare their desire to hook up with Lil Miquela. For a 15-year-old boy from California who commented “Idgaf if ur a robot I’m F%cking u” on a selfie of Miquela’s taken four months ago, this desire boils down to blatant attraction: though he acknowledges that she’s not real, he says he “would definitely hook up with her” because of her looks—or, more specifically, because “she’s lookin like a schnack” (see our full DM conversation with him below). Other commenters that we talked to expressed similar views, labelling Miquela their “dream girl” or “WCW”, and expressing a desire to date her—whatever that would entail. But is that really all the attraction boils down to? Why is Lil Miquela that much more physically desirable than other influencers whose looks she was modelled off of?

For writer and creative technologist Janna Avner, the seemingly culture-wide attraction to fembots comes down to much more than just the aesthetic. In her essay “Selfless Devotion”, she argues that fembots like Miquela, rather than posing a legitimate critique of the ways in which we interact with performed femininity, instead perpetuate existing hegemony surrounding gender performance and commodity: “These bots reinscribe a particular idea of woman, a full-bodied manifestation of a market-viable personality that turns the limitations of bot technology into a kind of strength,” she writes. “Their facial expressions; their wrinkleless, youthful looks; their high-pitched, childlike voices; and their apologetic responses are all indications of their feminized roles.”

Rather than focusing on building an intelligent personality—one which rivals that of humanity—fembot creators are instead fixated on creating something physically perfect but (purposefully) mentally deficient. And it is this mental deficiency, Avner argues, that draws men to fembots in the first place: after all, the cyborg women of the ever-so popular Ex-Machina and “West World” lose all of their appeal when they acquire minds of their own—an idea reiterated by Twitter’s sex robot memes, wherein the doll’s owner unplugs her or hits ‘reset’ when she begins to ask about their relationship status or express opinions of her own.

Though Lil Miquela’s “personality” isn’t as apologetic or particularly mentally deficient as, say, the robot Sophia, she still reinscribes that same, market-viable version of femininity that Avner recounts—albeit in more nuanced ways. By virtue of being fake and therefore untouchable, she represents a standard of femininity that is thoroughly unreachable for women today. She also, crucially, acts as an object onto which male spectators are able to project their deepest desires, lending her a quality that is not entirely dissimilar from that of a sex doll.

The website of RealBotix, a sex robot company prided on its realism and implementation of AI technology, resembles an online game more than a venue for unconventional forms of intimacy. Its homepage is filled with busty Sim-like women in tight white halter tops, surrounded by a sample of the different customisations that prospective customers can enact. Bolded catchphrases are scattered throughout, beckoning the viewer to come closer, to believe. “THE FUTURE IS NOW!”, one says. “Be the FIRST to never be lonely AGAIN!”

Matt McMullen, the company’s CEO credited with making Harmony, the world’s first commercially available sex bot, says that the process of making a successful sex robot is all about achieving the perfect balance between realism and fantasy—what he calls the “uncanny valley”. “A moving doll is different from a, you know, detailed-to-the-finest-skin-pore copy of a person — and then making it move, for me, is a little off-putting,” he said in an interview with The Telegraph. “If you keep it far enough away from super-realism, I think you’re in safer territory.”

Much like a sex doll, Lil Miquela’s success is premised upon this balance of the real and the fantastical: before she ‘came out’ as a robot earlier this year, much of the buzz surrounding her had to do with whether or not she was real; whether she was an actual robot, a CGI creation, or a heavily photoshopped girl-next-door. And even now, when her Instagram bio proudly reads “19/LA/Robot🍒”, commenters still pride themselves on being able to point out her flaws: the missing belly button, the smaller left hand, the lack of nose hair or peach fuzz. As with McMullen’s Harmony, Lil Miquela’s appeal lies in the grey area between human and machine, between hyperrealist freckles and distorted limbs. 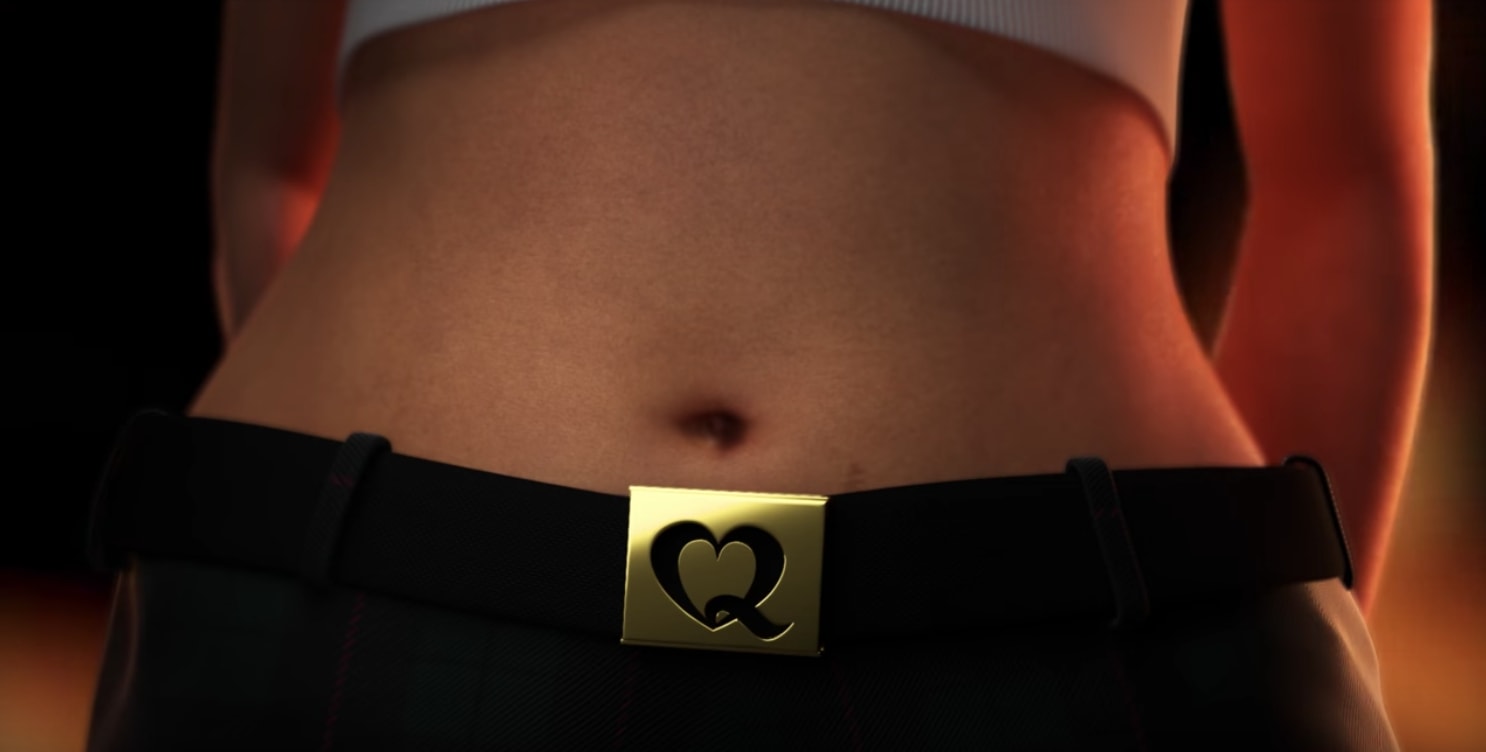 By all accounts, the phenomenon of Lil Miquela might be a start.