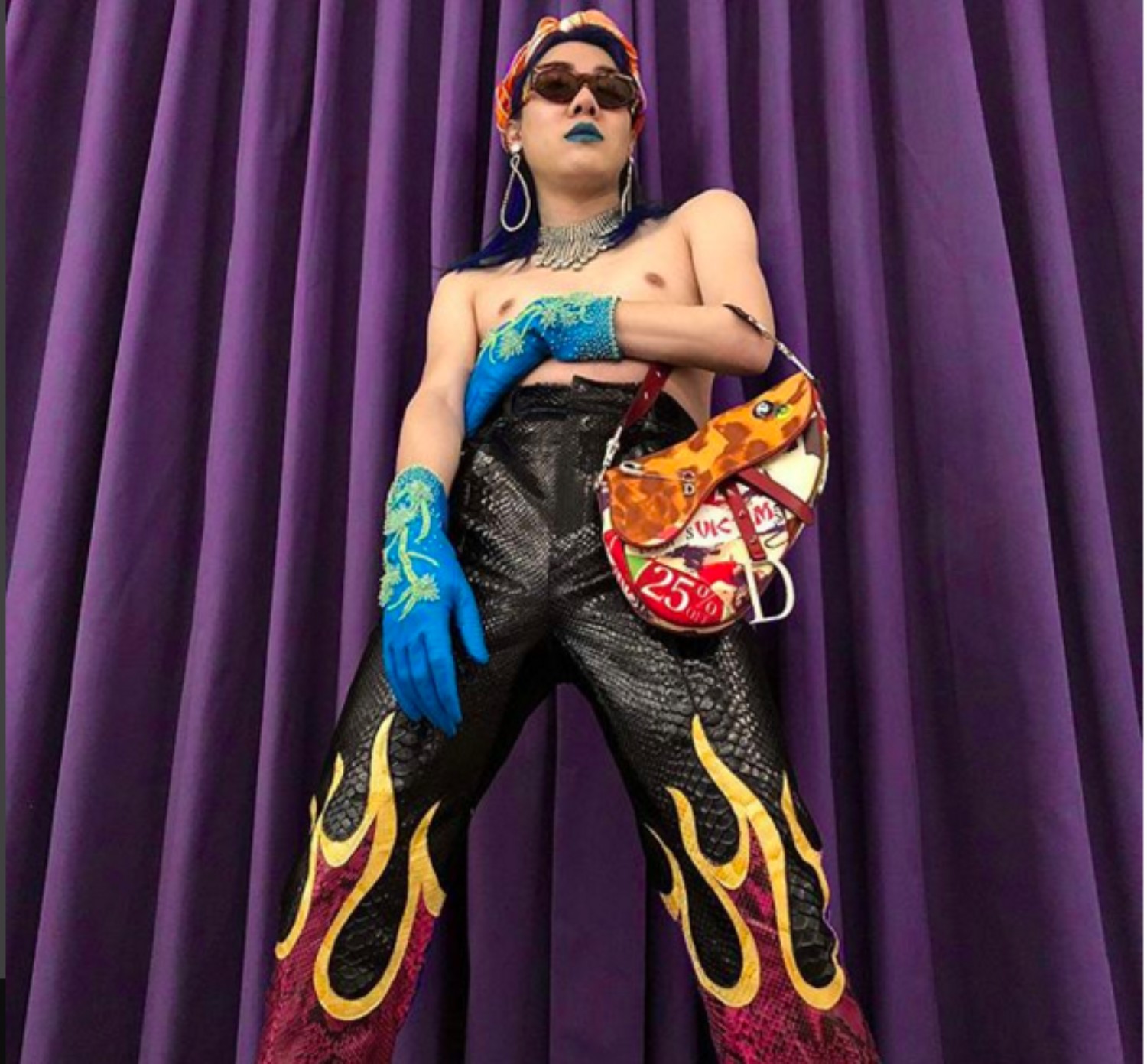 Where the Dior Saddle Bag has its name from seems to be obvious. Still, ever since this integral piece of recent fashion history was released in 1999, it could be rather spotted the shoulders of every early ‘00s star than near the stables – just think of Destiny‘s Child, Paris Hilton, Mischa Barton, or its appearance on Sex and the City. The golden “D“ dangling off the side of the bag perfectly reflected the logomania and label obsession of the 90s and noughties – and with its short strap and a size that fits right under every It-girl‘s armpit, the saddle bag was convenient shopping companion and party possession all at once.

But before this coveted career was to come, the Saddle Bag made its debut in John Galliano’s Spring 2000 Ready-to-wear collection for Dior. In the spirit of the bag, the show was staged as every cowgirl’s dream – including outfits equipped with denim, handkerchiefs and leather harnesses. This link to fetish also was the reason why Galliano’s inspiration for the bag was later speculated to stem from Helmut Newton’s photograph “Saddle I”. A provocative image featuring a model in underwear, wearing a saddle on her back.

But whether this is true or not, what definitely happened is that Galliano’s design hit a nerve – catapulting the Saddle Bag right into the It-bag olympus, in a time where there actually still were It-girls and It-bags. And the hype lasted for quite some time. After the launch of a mini-version, Galliano in 2006 came up with 12 new designs, representing 12 different countries that were close to his heart. Every pattern represented a certain aspect of a nation – with France receiveing a toile de jouy fabric design as an homage to Marie Antoinette while China’s version featured dragons and a coral colored pattern. However, not too long after this launch, the playground of ideas for reinvention got exhausted, going hand in hand with the fashion crowd’s demand for more settled, toned down designs.

That was until Dior’s Maria Grazia Chiuri, who was appointed Artistic Director of the storied fashion house in 2016, entered fashion’s playing field. And just like we replaced the Motorola fliphone with a Smartphone and that pink Juicy Couture frottee hoodie with a classic bomber jacket, the Saddle Bag has evolved its appearance too, now sporting monochromatic leather and bohemian patchwork patterns.

But the new Saddle Bag range also contains a version reminiscent of John Galliano’s day at the house Dior. Decorated with the Diorissimo logo all over, the bag easily adapts to the 2000s-nostalgia-trend that can found at almost every fashion show right now. Paired with micro sunglasses, a slip dress, some low waist trousers – or, just like Bella Hadid has already sported hers – with blue jeans and a fitted white blouse, the options to bring it back are endless. With a constant hunger for new releases, it feels fitting that designers start to research their brands’ archives for looks to revive – as we have already seen with Donatelly Versace’s Supermodel offering, an homage to the times of Gianni Versace in the 80s.

However, the advertising force for the new-old-bag is nothing of an anachronism. Using the power of social media, Dior hired Instagram influencers like Camila Coehlo or Bryan Boy to post pictures with the Saddle Bag exactly on the day it was released. Accompanied by a video series on how the bag is made, the publicity action perfectly taps into the zeitgeist of wanting to know where your products are coming from and who actually made them. The little films show every step from the drawing of the design to the stitching together of the bag until finishing details like decoration and beadwork.

And the Saddle Bag doesn’t just reappear in the Women‘s lines: Dior Homme designer Kim Jones also created an hommage to it, worn as a belt bag or a holster in his first menswear offering for the house. Proving itself to be ever as versatile, the Saddle Bag has finally arrived in 2018. And no matter which one you choose, you definitely won‘t be able to miss this fashionable comeback.