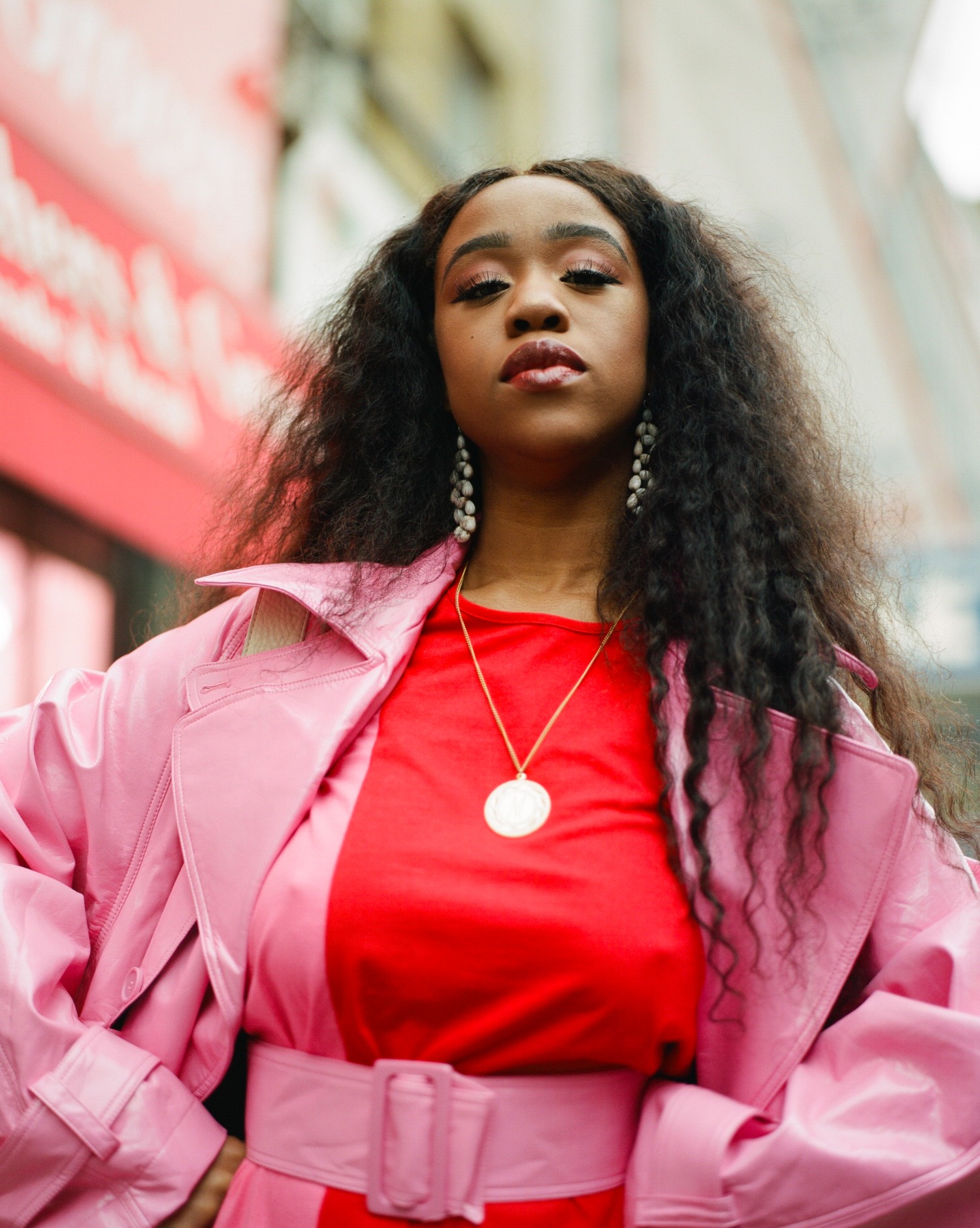 5 TIPS ON HOW TO MASTER LIFE ACCORDING TO THE SLUMFLOWER

Chidera Eggerue AKA The Slumflower is a self-proclaimed trouble maker – that is, an empowered individual whose unwavering devotion to delivering her message is forcing a still-not-fully-woke world to blink and keep open its comfortably comatose eyes. At just 23 and already an award-winning blogger, author, speaker, creative director and pioneer of #SAGGYBOOBSMATTER, a hashtag that began when she stopped wearing a bra at 19, her message is strong and clear: LOVE YOURSELF. A native of Peckham in South London, an area once vilified before its gentrification, Chidera came across photography duo Street Etiquette on Tumblr and their project, The Slumflower: “it was about combining beautiful things with things that aren’t seen as beautiful so I chose it as my name because I wanted to embody this idea of a beautiful thing growing up in an environment that doesn’t necessarily promote its growth.” A prolific speaker on issues such as racism, misogyny, mental health and physical acceptance, The Slumflower is single handedly creating a positive shift in collective consciousness through her Instagram, talks and now her debut book What a Time to be Alone, which became a Best Seller in just a week after its release.

A two year process, What a Time to be Alone is a result of “in between breaks of self-doubt, imposter syndrome and going through stuff that I extracted lessons from which I share in the book,” Chidera says. Her love knows no limits – on September 6th, younger generations will also have the opportunity to join The Slumflower’s movement when she releases her second offering, Scribble Yourself Feminist, a book for young thinkers aged 12+ aimed to encourage feminism conversations at an early age. Chidera wants present and future generations to understand that “it’s okay to be angry but it’s more important to allow your anger to inspire you to create a change in a way that doesn’t put you in danger, to stand firmly in what you believe in and build a community of people who want to create a change regardless of how small or large scale it is.” She counts the likes of Alexandra Elle, Chimamanda Ngozi Adichie and Reni Eddo-Lodge as a few of the writers she admires and in a similar way to theirs, Chidera’s own writing encompasses a special kind of ingenuity. fearlessness and boldness in sharing her experiences as a black woman in today’s society. Full of wisdom from her own lived experience and the Igbo proverbs her Nigerian mother taught her as a child, What a Time to be Alone is Chidera’s gift to all people – a strong call to stop seeking external validation, a reminder that real value lies in character, far beyond surface appearances and with a bit of time alone and TLC, you will surely realise you are already enough – here are five tips from What a Time to be Alone.

‘Certain mistakes must need to be made, in order for the real growth to begin.’
No matter how embarrassed you are by your mistakes, ultimately what matters is how much you learn about yourself from them – not how quickly.

‘You cannot save anyone.’
If you know you cannot live with someone you’ve chosen to love living a lifestyle you don’t agree with, you have the choice to either accept them as they are from the beginning or leave them to be with someone who accepts them

‘Everything happening to you, is for you.’
Life is one big cosmic mess but everything you’re going through is pushing you closer to the person you need to be.

‘Surround yourself with people who honour how you feel.’
A lot of the time, when people strangle our emotions, it’s because they haven’t yet learnt to face their own.

‘The time spent looking at other people is the time that should actually be spent on self-development.’
With all the time we spend ‘preeing’ other people’s social-media accounts, imagine what we could have achieved by now if we directed all that energy inwards instead?

What a Time to be Alone is available to purchase here.