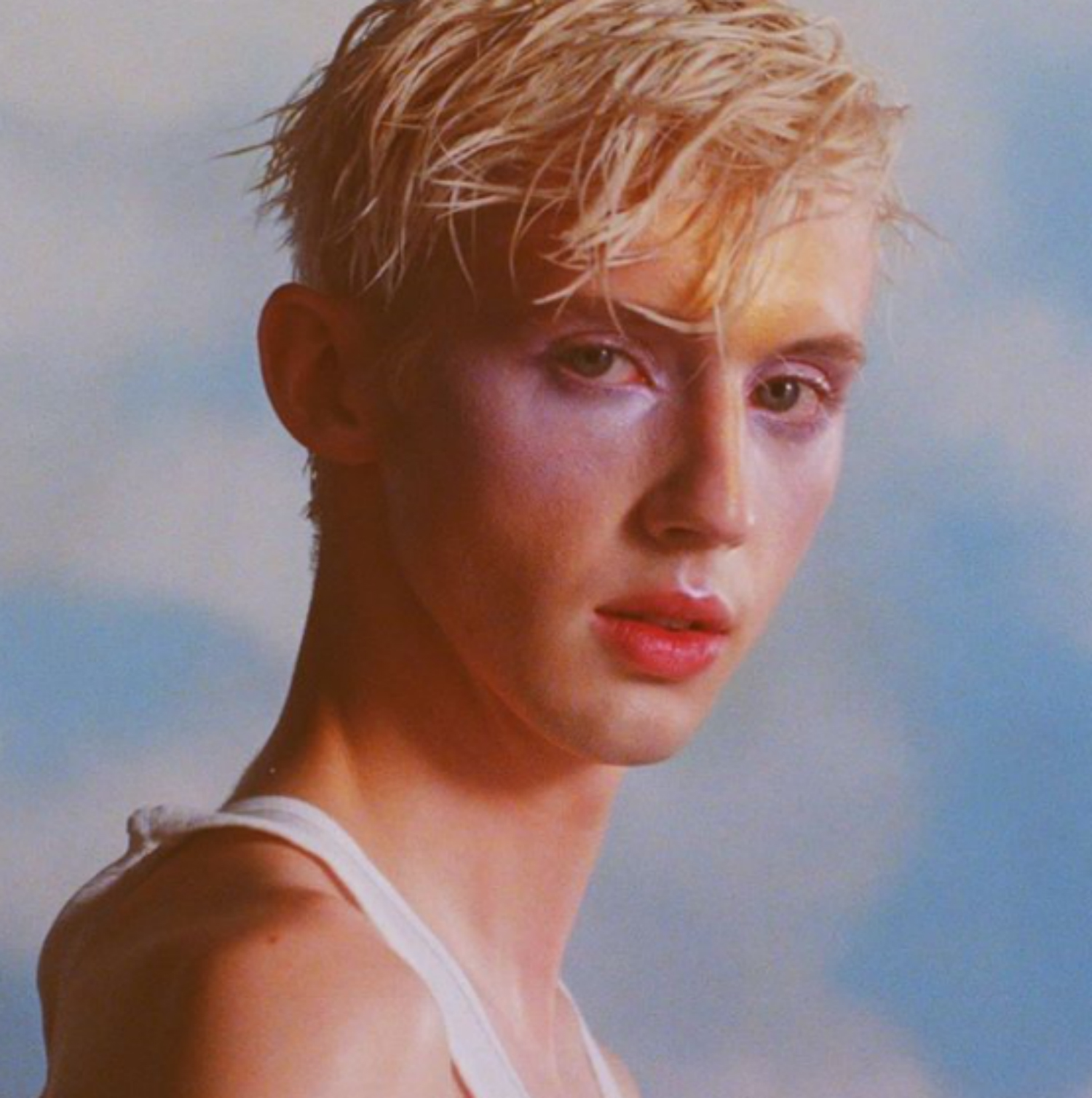 10 UNAPOLOGETICALLY QUEER TRACKS AND THEIR MEANINGS

Today’s pop music landscape is more diverse than it’s ever been—in every sense of the word. While we still have a long way to go and obstacles to overcome, there’s no denying that awareness and acceptance towards the LGBTQ+-community has increased, most definitely in part due to artists of all trades sharing experiences and processing queerness through their craft. Especially when these contributions successfully enter the mainstream and become accessible to a wider audience, they transport messages of equality, and thus underline the fact that—at the end of the day—we are all the same: people who try to navigate through life and love, the good and the bad.

In celebration of Berlin Pride’s Grand Finale this Saturday—the iconic Christopher Street Day—we had a closer look (and listen) at some of 2018’s particularly interesting queer tracks to find out more about the meanings and creators behind them.

Years & Years take the first spot on the list with their symbolism-packed single “Sanctify” off of their recently released sophomore album Palo Santo. Ever since they started, the Olly Alexander-fronted electro-pop trio has taken pleasure in addressing LGBTQ+-relevant issues in their music, “Sanctify” being no exception. From embracing one’s own identity against all odds to struggling with someone else’s denial,  the track encapsulates a well-known experience to anyone who has ever been involved in a non-heterosexual relationship clouded by societal judgement. “In the night you come to me / ‘Cause I’m the one who knows who you are / Give me your confession / Saying lately, life’s been tearing you apart”, Olly sings shortly before bursting into the emotionally charged chorus, followed by brilliant word play that should ring a bell for anyone familiar with Grindr, Tinder or the like: “You don’t have to be straight with me / I see what’s underneath your mask”.  If, in fact, the latter is not self-explanatory, you should know that, here, the term “straight” refers less to “truthful” and more to straight in a sexual way, digging at mask—a play on “masc”, the abbreviation for “masculine”, commonly used by men looking for more “masculine” counterparts, as opposed to men more in touch with their “feminine” side. If you don’t know why that’s problematic, you may want to reconsider reading this article.

Aside from the fact that she is one of today’s most talented and even underrated DJs, Honey Dijon is well established as a pillar of the queer music scene. As an outspoken trans woman and activist, the Chicago-born musician is worth paying attention to in case you weren’t already. This year’s output was as good as ever, with a personal favourite being the track above: “Stars”, a rework of Disco legend Sylvester’s song of the same name, featuring Sam Sparro—voice to another queer anthem, by the way. Dijons fabulously nostalgia-heavy production, paired with Sparro’s characteristically high pitched, soulful vocals makes for a marvelous match that could’ve just as well been sent to us straight from the 80s. The 6+-minute track is pure throwback with an easy but important message: “I’m a Star”.

Troye Sivan is one of, if not THE posterchild for a new wave of gender-boundary-breaking popstars. Following a successful YouTube career and a beautifully blue-eyed debut album, the Australian singer continues his analysis of love: What started as a journey through feelings of romantic attraction has since developed into recounts of physically sexual explorations of identity, with “Bloom” at the forefront. In his second record’s title track, the 23-year old compares himself to a flower in bloom, metaphorically describing sex with another man, Sivan being the receptive part of the two (“I bloom just for you”).  Anyone who’s been in his shoes, or basically anyone who’s had sex, can verify that it can be an exciting and pleasurable, but also vulnerable and intimidating experience: “Hold my hand if I get scared now / Might tell you to / Take a second, baby, slow it down”.

Mikaela Straus, better known to the world as King Princess, is a 19(!)-year old singer/songwriter from New York and just released her EP Make My Bed in June. The self-described genderqueer artist’s breakthrough came with the single “1950”, a slowburn ode to queerness of all shapes and colours, partially inspired by the 1952 novel Carol—a story documenting the complicated but happy love story of two American women in the 50s. “So tell me why my gods look like you”, Straus chants in admiration for the female physique, also possibly referring to same-sex relationships between ancient Greek gods, such as Aphrodite and Artemis, “And tell me why it’s wrong”.

“Heart To Break” arguably doesn’t feel like the deepest song out there in terms of lyrical or instrumental content, but it’s a song musically engineered to make you feel good, sing and dance along to nonetheless. “Even if it means that I’ll never put myself back together / Gonna give you my heart to break / Even if I’ll end up in shatters, baby, it doesn’t matter / Gonna give you my heart to break”, she cries atop a synthpop-y melody, reflecting on the paradox of wanting someone you know is not good for you. The cotton candy land-esque music video, starring the German-born singer and LGBTQ+-advocate Kim Petras herself, is perfectly in tone with the tune that has garnered a spot on what seems like every Pride playlist in the world and, thus, just might become one for the ages.

Hayley Kiyoko has lived what many would have and still consider(ed) a dream come true: Childhood actress gone Disney Channel personality gone popstar. However, the 20-something year old has opposed being molded a certain, overly commercial way, openly taking a stand on, and singing about her life as a gay woman—in a career-environment that arguably might not have always been the most supportive—, without making a big deal out of it. Her song “Feelings” is part of her first full length, Expectations, and proves that human emotion knows no such thing as sexual or gender-related distinction. “I walk through this world, just tryna be nice / They say I’ll get hurt, if I’m not like ice”, she begins, mocking people’s constant obsession of playing hard-to-get to the point of disinterest. The chorus similarly aims at so called rules and restrictions we place on others and ourselves when it comes to dating; that battle within over wanting to get something off of your chest but fearing emotional rejection; pretending to be okay with the purely physical when, in actuality, we long for more: “I over-communicate and feel too much / I just complicate it when I say too much / I laugh about it, dream about that casual touch / Sex is fire, sick and tired of acting all tough / I’m hooked on all these feelings / I know exactly what I’m feelin”.

New York City songstress Teyana Taylor didn’t quite achieve mainstream appreciation until she emerged as the star of Kanye West’s now-iconic, 70s-porn-inspired music video for The Life of Pablo‘s “Fade“. Post-“Fade”, Ye took it upon himself to produce Taylor’s long awaited second record, that we’ve now come to know and love as K.T.S.E.. Amongst many other R&B-hybrid-gems, we found “WTP”, specifically, outstanding. The Harlem Ballroom-inspired track was co-written by Mykki Blanco—contemporary queer idol in their own right—, who also serves guest vocals on the sexually charged, house-heavy dance track that also samples vocal snippets from legendary documentary “Paris is Burning”. “I’m still, I’m still wet here tonight / So I will make you cum through the night / Will you touch me? Will you go deep in me? / I will in the sheets / I will, I will, I-I-I will”, Taylor bursts, leaving little to the listener’s imagination.

Héloïse Letissier’s project, Christine and The Queens, made a name for itself by relentlessly questioning identity-related norms of society, and this year’s offering elegantly follows suite through provocative lyrics and exquisite production. “Girlfriend”, the first song off of the pansexual Parisian’s sophomore effort, has us as listeners rethink how we view ourselves and our position whilst intertwined in a relationship. As means to criticise gender stereotypes, Letissier agitatedly sighs “Boys are loading their arms, girls gasp with envy / F-f-for whom are they mimicking endlessly?”, before reaching her conclusion in the chorus: Girlfriend / Don’t feel like a girlfriend / But lover / Damn, I’d be your lover”, effortlessly rejecting every pre-defined role she may or may not is expected to play.

Last but not least we find ourselves obsessing, again or still, over SOPHIE. The Scotland-born multi-talent has worked with Madonna, MØ and Charli XCX (to name only but a few), before finally blessing us with her spellbinding debut Oil Of Every Pearl’s Un-Insides—a collection of sonic experiments and deeply personal contemplations of human behaviour and (self-)evaluation. While technically released end of 2017—months ahead of the aforementioned album—we can’t help but fall in love with “It’s Okay To Cry” once more in 2018. While it’s hard to pick only one passage from the song’s lyrics, the gorgeous simplicity of the chorus is an empowering and beautiful, but possibly even tragic reminder of what we may have (wanted to) hear(ed) when coming to terms with who we are. Words that may have made things a lot easier by provoking a sense of hope and acceptance, both of which may have seemed out of reach: “I, was that a teardrop in your eye? / I never thought I’d see you cry / Just know whatever hurts, it’s all mine / It’s okay to cry (It’s okay to cry) / I can see the truth through all the lies / And even after all this time / Just know you’ve got nothing to hide”.