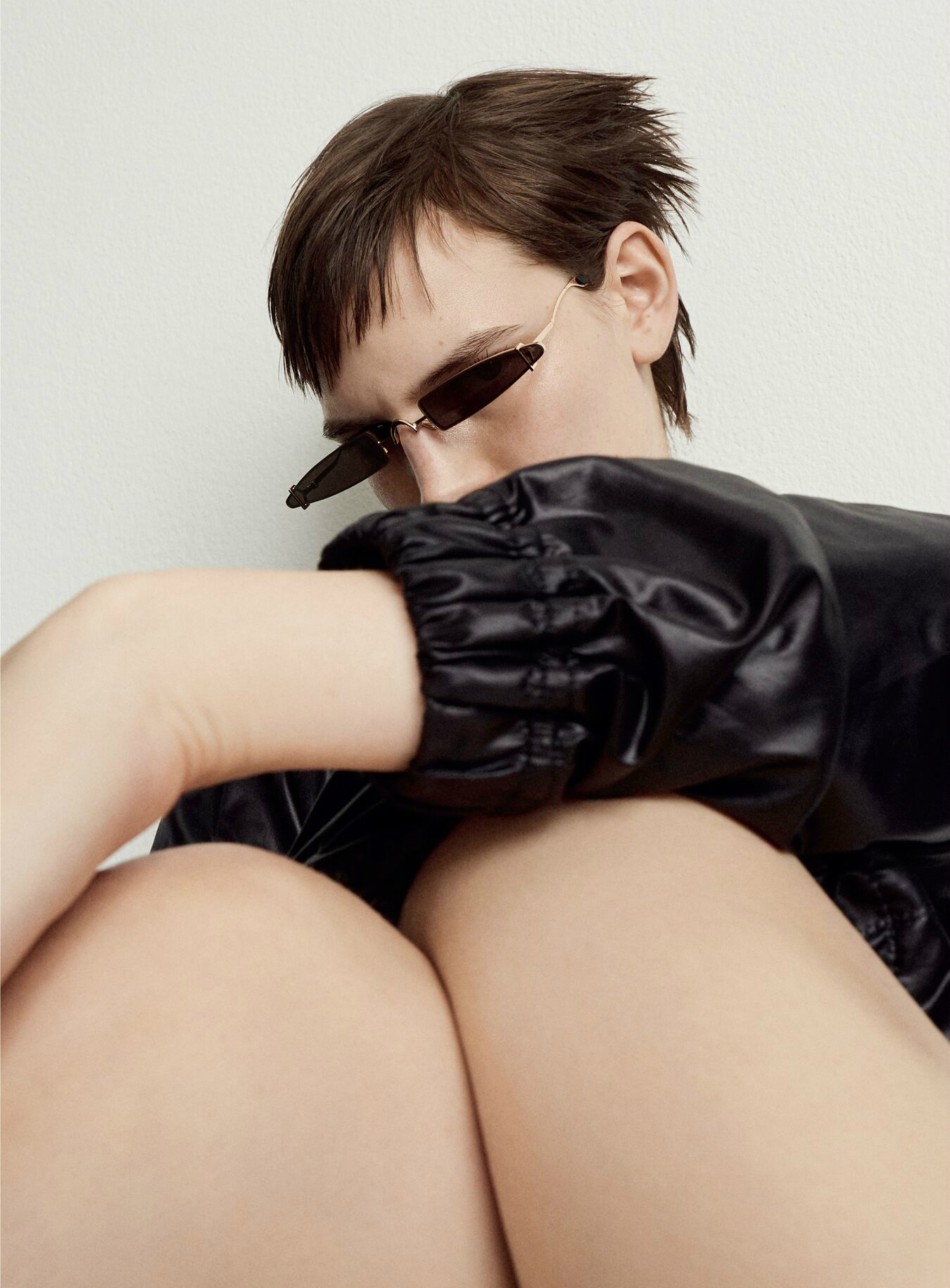 Premised upon a philosophy of “high-end experimentation”, Seoul-based Gentle Monster has been a major force in the eyewear industry since they launched in 2011. And with a roster of collaborations including Tilda Swinton, Hood by Air and Alexander Wang, it’s no surprise that Beijing designer Xander Zhou was next up on the list.

The sunglasses, whose launch this past Friday followed a LFW runway collaboration between the two designers, perfectly fuse Gentle Monster’s signature take on angularity with Zhou’s taste for the avant-garde (remember the pregnant male models?). The sharpness of the sunglasses’ upper half is balanced by the roundness of the lower half, resulting in a look that is versatile enough to pair with virtually anything. An angled streak across the front of each lens adds a unique touch.

Along with these sunglasses, the designers are also releasing an exclusive raincoat, set to launch this August. Rumor has it that there’s a sneak peak of what it may look like in the collection’s short film below: