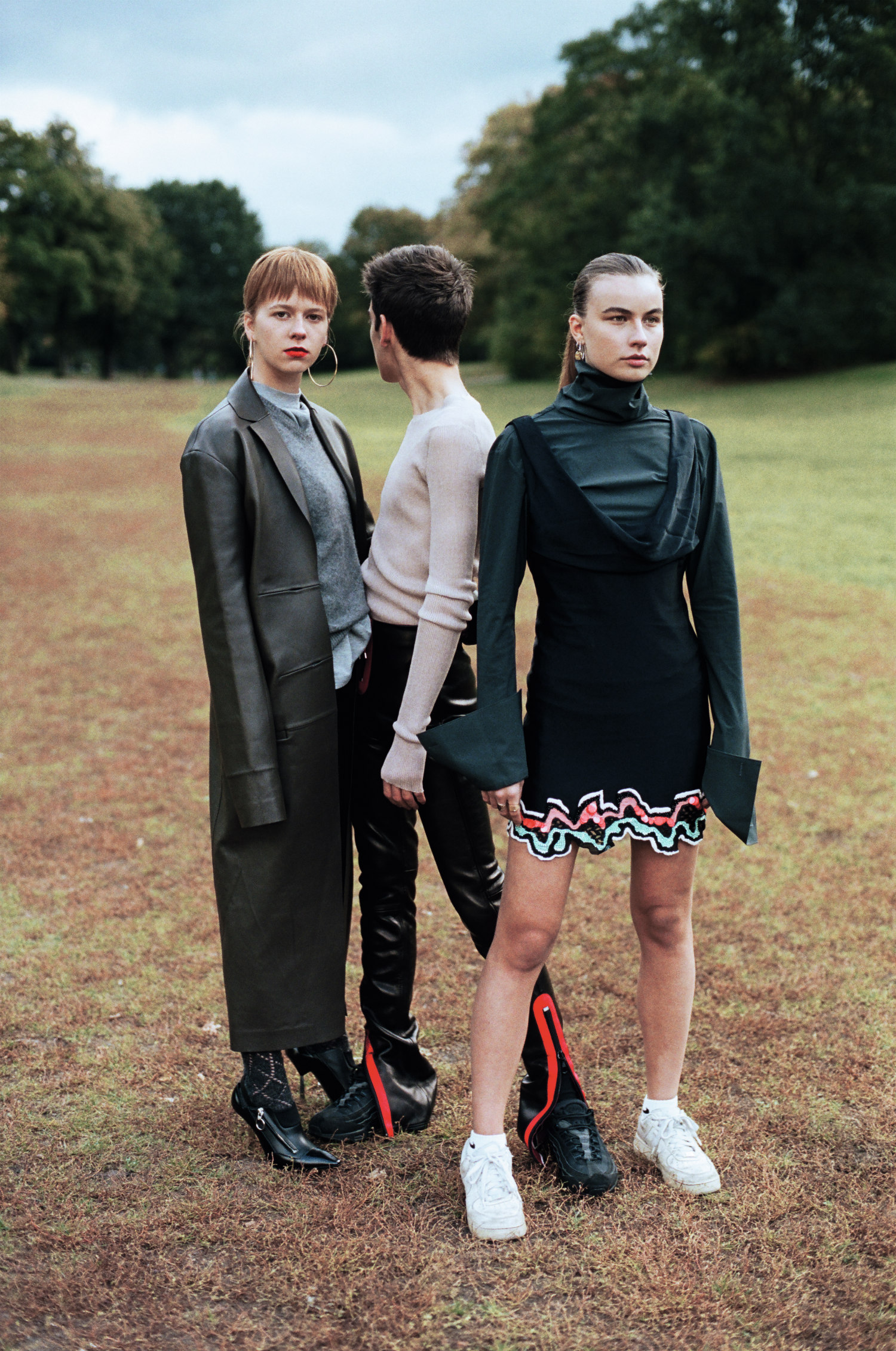 UNITED BY A MUTUAL DESIRE TO GET AHEAD, THIS IS GENERATION SPEED

Cocooned in the dense atmosphere of the university library, mind racing, diving deep into a pool of words, theories and hypotheses, any sense of conclusion is diverted by rapidly emerging alternatives; if I were to peer into my psyche, it would seem to be a series of complex, inter­related ideas, each indistinct from the next, a kaleidoscope of neurological activity. This is Adderall and we are the Adderall Generation. The millennial generation are amongst the first to experience largely unrestricted access to Adderall, whether it be from ADHD misdiagnosis or bought from legitimate bearers profiteering from their prescriptions. Amphetamine was first synthesised in Germany in 1887 and has been used pharmaceutically in the United States since 1927. Since then it has become the drug of choice to optimise pro­ductivity, with roots in the military, wage labouring and, most recently, amongst young adults. The real question is whether Adderall really increases brain capacity more than a strong cup of coffee or wheth­er users are in fact experiencing a placebo effect. The effectiveness of the medica­tion is irrelevant when analysing the social significance of Adderall. What is most compelling is the societal revolution that has implicated the surge of psychostimu­lants that is plaguing our generation.

Medical professionals have disputed the effectiveness of Adderall on non­-ADHD sufferers, claiming that while they may experience a slight benefit, it’s largely a placebo effect. Despite these findings, study drugs are increasing in popularity. In May 2016, the Oxford stu­dent newspaper Cherwell published a survey that showed 15.6 % of students knowingly took Modafinil or a similar drug without a prescription. A drug traditionally reserved for communities deemed to make up the lower echelon of society is now equally as prevalent among the most elite universities that demand both im­peccable intelligence and superfluous funds. Amphetamines have vanquished the class system, garnering a dedicated fol­lowing from the trailer parks of Midwest America to the student digs of Harvard. There are minor differences between the chemical structure of methamphetamine and Adderall, yet a huge disparity exists between the stigma attached to each: one is associated with a relentless drive for success and the other with lazy, thieving addicts chasing their next hit.

The cultural landscape in which Adderall prevails is one of incessant work, pres­sure and competition. The millennial and Gen Z generations are the protagonists in a societal revolution, where the private is made public and lives become a micro reality show, a constant stream of Insta­gram footage. Your feed represents a visual stream of aspiration, reminding you of all that you are yet to achieve and prompting you to re­evaluate your efforts so far. The uninhibited insight into the lives of others has fostered a highly competitive culture; whether it be the accumulation of finan­cial wealth or happiness, complacency means social exclusion. We reside in a hyper­aware society, ever conscious of the system and our place within it, owing to an always­-working mentality, fuelled by Adderall, to get ahead.

The term “millennial” clutters the mainstream media; it is not merely a word to describe the generation of young individuals that were born roughly between1980 and 1999, it is also a vague word that has been artistically manipulated by media outlets, used to tar all young adults with the same brush, a grouping that is wholly perceived as a generation who have easy access to everything, subsequently breed­ing an aversion to hard work. “Millennial” is a word used by older generations to belittle the efforts of the modern youth and emphasise the confusion they feel in response to younger people’s behaviour which they misunderstand to be largely narcissistic, financially irresponsible, in­tellectually vapid and exclusively virtual. The media wrongly interprets the effects of an increasingly digitalised existence on the millennial and Gen Z generations. Despite the ability to fulfil one’s wishes with the swipe of a finger, whether it’s using Uber Eats to satisfy hunger or Tinder to meet the need for human inter­action, this omnipresence has fostered a sense of inescapability: ever present and ever aware.

The preconceived notion that millennials are a generation of idlers could not be further from the truth. The concept of a career has evolved from being one long­-lived position to include a number of complementary professions demanding a broad skillset and the con­vergence of work and play. University de­grees are no longer considered a luxury but a necessity to even be considered among an overflowing group of applicants. The result is an overqualified generation competing for a finite number of jobs, underpaid and under­-stimulated, falling victim to a crisis of self­ esteem. The boom­ing culture of unpaid internships is a prime example of this phenomenon; post­graduates are viciously competing with many others eagerly willing to spend long hours completing arduous, low-­skill tasks to gain experience and “get their foot in the door.”

Disguised as a way to trial run your future career, increase your network and boost your LinkedIn connections, internships are a form of free labour utilised by most companies across the globe. Young adults from lower income backgrounds are being excluded from the most desirable roles, since their families are unable to finan­cially support them whilst they endure the 6 months of unpaid work required to put you in good stead for further professional and social development. Psycho­stimu­lants are enablers; they provide the energy you need to work a second, minimum wage job to supplement the financial drain of an intern placement. Study drugs empow­er students from lower socio- economic backgrounds to participate in a ferocious, unforgiving job market. The BBC reports that taking an unpaid internship can cost an individual £ 926 a month in London —an indulgence reserved for only the wealthy or those prepared to forgo their precious spare time, risking both their mental and physical health. Such drastic social conditions perpetuate the “always working” culture that is consuming an entire generation.

The unprecedented use of psycho­stimulants such as Ritalin, Modaf­inil and Adderall in high­pressure envi­ronments reflects the fierce conditions for social advance. Lack of sleep has been fetishised while individuals who maintain a healthy work / life balance supported by eight hours of rest are painted as lazy and indulgent, unable or unworthy of compet­ing amongst those who do not. The effects of these toxic expectations that are char­acteristic of our generation are yet to be truly understood, much like the medica­tions that exacerbate them. The prospect of chemical changes in the brain, physical damage and organ failure are offset by prospects of professional success and sur­passing your peers.

Drug use offers a valuable in­sight into the cultural landscape of an era. The 60s LSD scene was prompted by a desire to escape the plight of politics and to emerge enlightened. The study drug gen­eration of the present day speaks volumes about the unparalleled pressures faced in modern society. Adderall will continue to sow its seed: a bewitching temptress swal­lowing up an entire generation, united by their mutual desire to get ahead.

FEATURE,   INDIE NO 59,   THE WORK ISSUE
Loading next Article