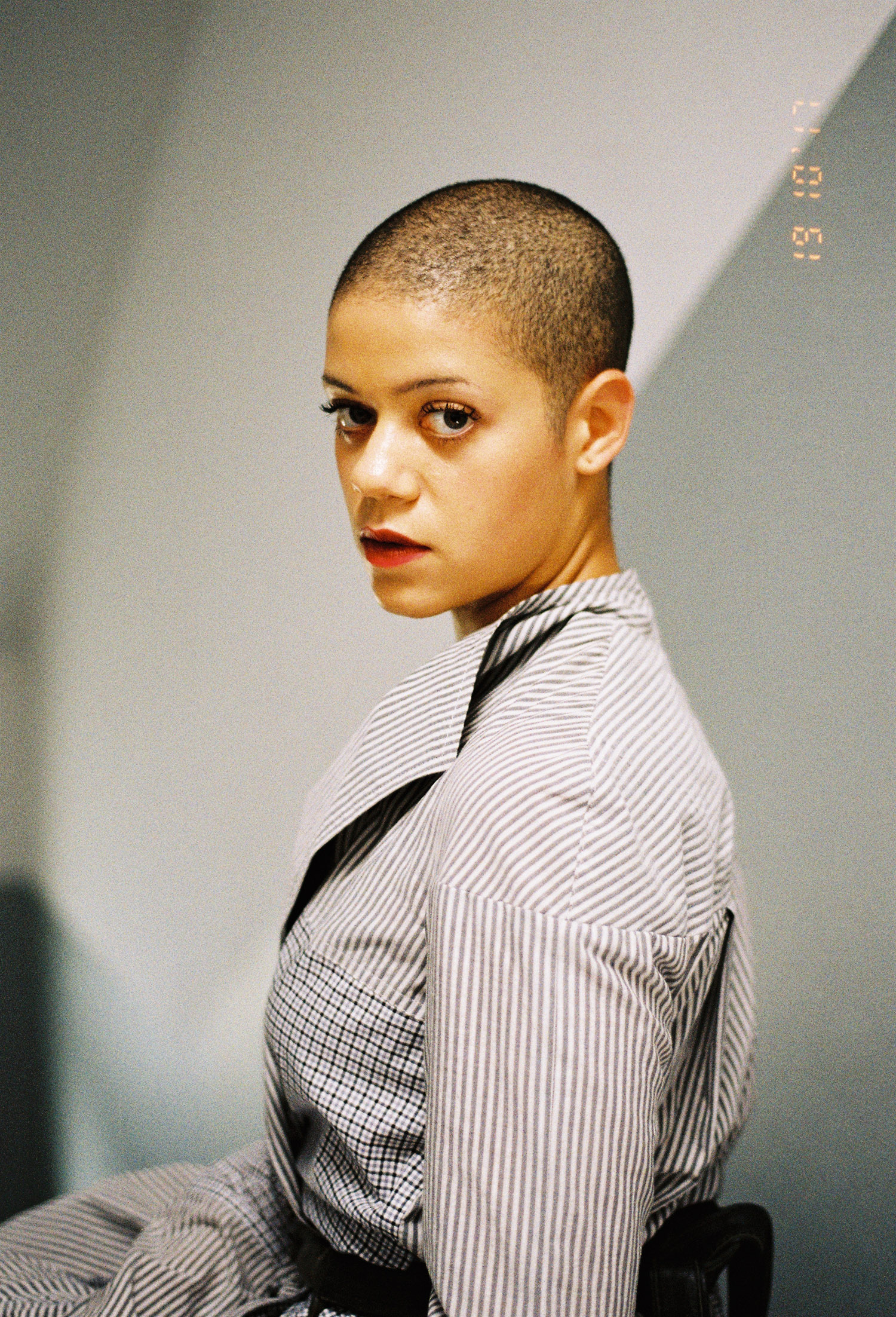 Now, being finally able to call Berlin ‘home’, Katrice treasures the social acceptance for living life on her own terms. And, this is exactly what she does, as a writer and poet. Initially it has never been part of her plan to come to Berlin. Travelling the world, drifting through cities like Paris, New York, and London. Then, after facing visa troubles in the UK, Katrice Dustin went back to her hometown Calgary, Canada. A town where, in her own words, the majority of the people go to school, get an office job, buy status symbols, move next door to their parents, repeating the previous generation’s lives. Otherness would be condemned harshly. Pretty much the contrary to Berlin. Coming to the German capital spontaneously, without really knowing what to expect, she was met with a tough welcome by the city’s brutal winter that can easily leave you feeling lonely.

What impact has Berlin had on your life and work?
I actually have time to write, which is amazing. I’m an introvert disguised as an extrovert so sometimes I need to really isolate myself in order to work and recharge. But even with all the time and freedom Berlin offers creatively, I still procrastinate. I think I’ve just accepted that that’s who I am, no matter which city I live in. It also seems like I’m always busy with something, which is wonderful. I’ve ended up doing a lot of performance-based projects which I really love and hadn’t really explored before moving to Berlin. Hopefully there will be more of that to come.

Have you ever been confronted with mental health issues in Berlin?
I think it goes without saying that alcoholism, recreational drug use, and weekend-warrior culture is pretty prevalent in Berlin. And of course, this allows for mental health issues to run rampant. They’re very closely entwined. We all know what the prolonged effects can be, so I think it’s just important to check in from time to time and be objectively honest with yourself. No one is invincible. After living in London and then coming here, I was like: “Wow, everyone is so calm!” And, I guess that’s true to a certain extent. In London, everyone is so focused on paying their rent, making a name for themselves, not getting beat by the competition, getting from A to B… The pace, the life, the interactions with people are faster and more aggressive. It’s a rat race! Berlin is definitely a lot slower so people are more calm, people listen, they take their time. I love that.

Have issues with mental health ever affected you directly?
My life story is basically inseparable from the topic. I have also struggled with anxiety and depression, alongside many other people. I’ve learned to try see these things more as a part of me rather than something foreign which inhabits me. For me, it will always be a process, I don’t believe there will ever be a cut and dry way – only learning and adapting. I think I’ve finally found a balance that works for me. I just try to ask myself how I’m feeling. If the answer is “not so hot”, then it’s time to re-evaluate. A lot of my friends are DJ’s, a lot of my friends go out and live this ultra-party lifestyle which is completely normalised. And it’s fun! If I could, I would be on the dance floor every night of the week. I just know from experience that it’s never been sustainable or done me any good to get too caught up in it, and I can’t really afford to have to constantly ask myself where my head’s at. Also, I’m a lot less impressionable now at 26 than I was at say, 19. Back then, it was a different story. I don’t think I could have handled Berlin at 19…

You often hear that people ‘get lost’ in Berlin, many come and many go. Can you relate?
You definitely shouldn’t treat this city like a playground all the time. I think if you run this route of just treating Berlin like a free-for-all, you’re kind of disrespecting the city and the fact that people come here for many different reasons; its affordability allows lower-income families to have comfortable lives, small businesses can actually see a future here – but of course, this is a rapidly changing reality. Berlin is also one of the most unique and historically fascinating cities in the world. I live 200 metres from the remains of the Berlin wall at the Mitte-Wedding side, and I’m still in awe every time I walk by it. I think if you ‘get lost’ here, it’s a choice. You can also choose to have a career here and build a life here. I think the people who ‘get lost’ here were already lost to begin with.

There is a stigma attached to creatives, that tells us that the creative mind is most creative when affected. Do you agree?
Maybe writers are more sensitive to the world around them because they have to be. When you’re really in the zone, the work always comes first. You sacrifice your mental state for it. But I can only speak for myself. It’s true that I used to think I could only write anything worth reading when I was depressed. I no longer believe this to be true, as I’ve realised that I’ve also made some of my best work when I’ve been totally in love. Maybe it’s just the strength and depth of the emotional state that makes a difference, not the type of emotion itself.

How would you describe your current mental state?
Calibrating. My mental state is definitely clearer now than it’s ever been in my life. As Sophie Calle said: ‘I am just trying to have as much of a poetic life as I can.’ I’d say I’m happy, but I’m inherently never satisfied. There are a lot of things I want to achieve and experiences I still want to have, but I’m trying to practice gratitude because I’ve got it pretty good! A lot of people long for happiness as if it’s this distant, abstract concept. I think it’s great to strive for a better life for yourself, but I think it’s just as important to remember to take care of what you’ve got before it’s gone. Joni Mitchell never lies!