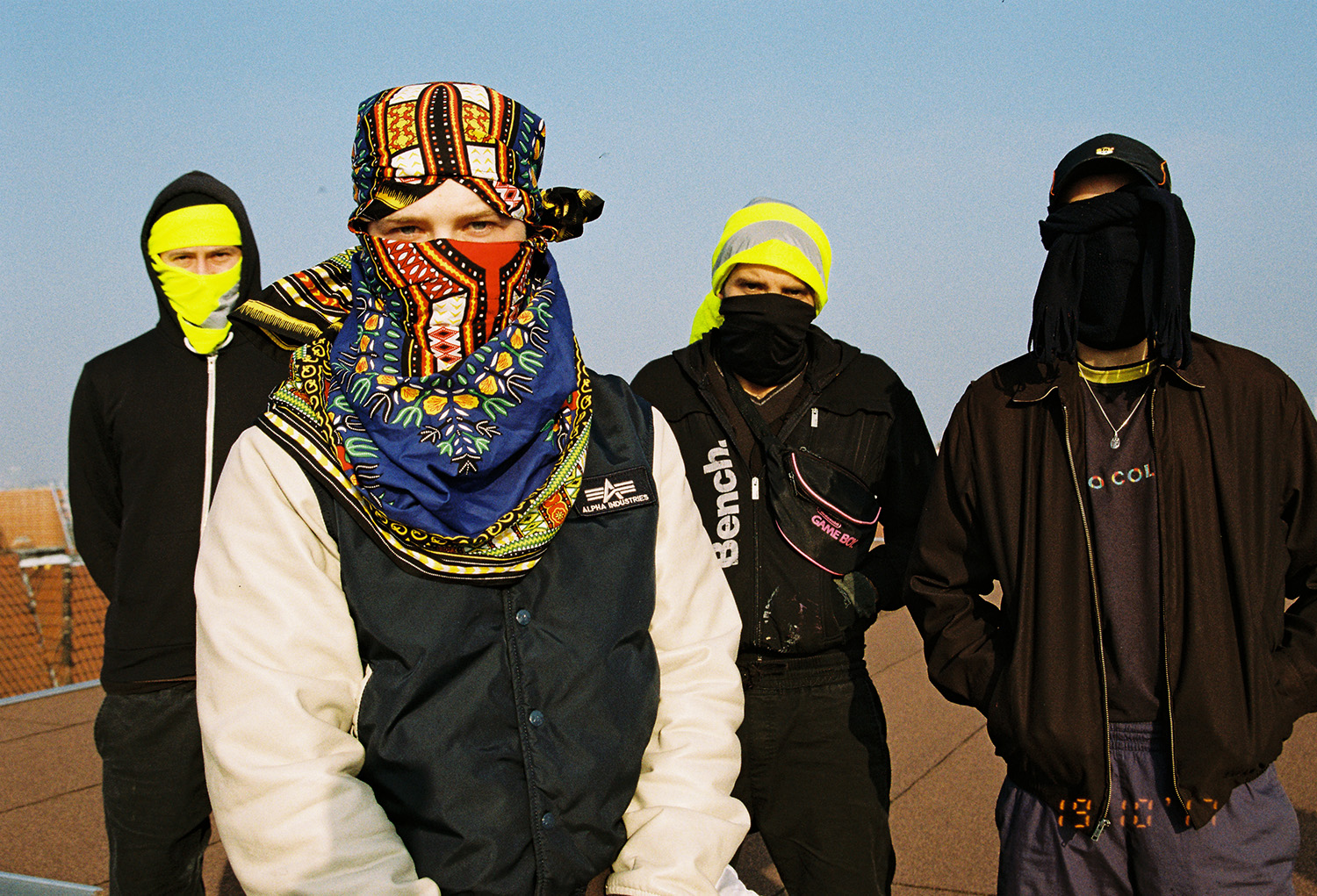 When he turned 28 he took a deep breath. Rocco, the head of political art collective Rocco and his brothers, didn’t join the inflationary mentioned ‘Club 27’. Rocco, or whatever his real name might be. As an artist whose canvas is the public space the intermediate world of anonymity versus total visibility became his reality. A reality he shares with his crew, with his brothers. The original Berliners know the city from before gentrification hit hard, from when Kreuzberg was still cheap, but dangerous.

Their art reflects the changes that have happened in Berlin, mirrors our society, its hypocrisy, its yellow press profiteers and followers. Born in the realms of graffiti the collective reclaims space with satirical installations and socio-political pieces, they made art autonomous, democratic, while forcing the attention of bypassers. Since its founding in 2016, Rocco and his brothers got a lot of attention for their campaigns, like the construction of a secret bedroom in an old subway tunnel, the setup of 32 CCTV cameras ina public transport waggon, or subverting advertisement by placing their own versions of Airbnb on billboards reading slogans like, “Who pays for your holiday” and the hashtag #boycottairbnb all around Berlin. They never fail with their validity, they never miss the omnipresent eye. Only when they – disguised as construction men – build up their work in broad daylight…

What were your experiences growing up in Berlin?
The Berlin I grew up in has nothing to do with the Berlin it became today… It was dirtier, poorer and criminality was more common. But it was our Berlin, it had soul. Early on you learned that you have to adapt yourself, that you have to resign to the food chain of the city and its streets – as a teen who spends most of his time exactly there. They were important experiences, even though they weren’t all good. But we enjoyed our youth, we used the advantages of a metropolis in our favour. The anonymity, the indifference ofthe Berliners, as well as the tolerance and the cohesion. Berlin was the black sheep of Germany, not as interesting and popular as it is today. But Berlin was and will always be our playground. The best one.

City living has become synonymous with pressure. Do you feel the two are inextricably linked?
That the pressure of a big city has an influence on your psyche is clear, but it’s dangerous to generalise – there are so many factors that take part in this. The metastases of a city like Berlin can have a positive and negative affect, smothering on the one hand, motivating on the other. For example, if I was to leave Berlin, or if the urban space was to be taken away from me, I would definitely show some symptoms of depression, for sure.

Have you already been confronted with those severe psychological issues?
I lost three friends to depression, an incredibly devious, ruthless phenomenon. I went to more funerals than weddings in my life. That’s why it’s hard for me to speak neutrally about a clinical picture like this. When my brother and friend Jakob passed away in April this year I suffered from panic attacks, most often in the surroundings of a bunch of people, completely unprepared. More evidence that psyche and body form an inseparable symbiosis. 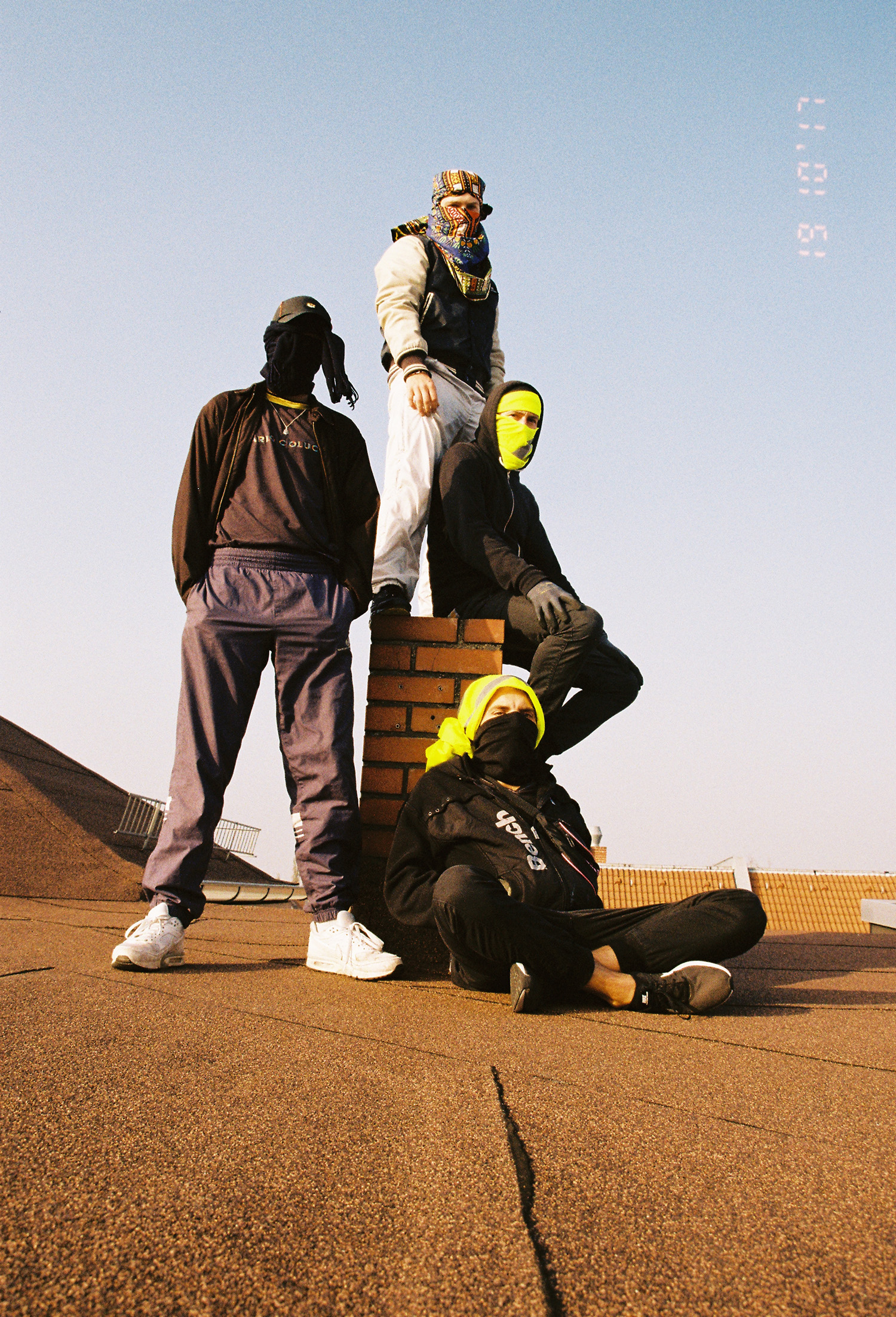 Do you think this relationship between Berlin and mental health is any different to other cities?
I don’t know if Berlin has a special significance… The life here is – partially – more excessive, uncompromising, more manic than anywhere else. It depends on how you indulge these qualities, Berlin can get dangerous. The city welcomes you sincerely, but could let you drop in the next second. If you come here with too high expectations, Berlin can easily disappoint you, especially when you came here naively and thought the city was just waiting for you. You have to be careful and daring at the same time, in a healthy mix.

Your art critiques gentrification, the yellow press, surveillance in public places (and much more). How do you hope your commentary will impact the challenges Berliners are faced with?
I’m not a doctor and my art is no medicine or solution. Maybe it can serve as a thought-provoking impulse, but everybody has to his own way to deal with his environment. Mentally it has never hurt anyone to fight against injustice. It’s a good feeling.
So much of your work takes place in the underworld, the U-Bahn, and holds a mirror up to Berlin.

What do these surroundings tell us about your city and its people?
The subway is the city’s most interesting junction, this is where they all meet. Everybody is holding the same pole and collectively waiting for the subway. Even though you’re going to the office afterwards and the person next to you to the job centre. It’s an interesting place where critical art is well served.

Without observation and sight your work would not be seen. Do Berliners suffer from blind-eye syndrome at all?
The blinders of the Berliners aren’t necessarily a negative phenomenon. It could be indifference, sure. Even fear or respect. But it could also be liberality and tolerance. It’s something different if – for example – a person leaves the railcar with a downcast look when there’s a fight or if a person smiles while watching a group of not so well disguised construction workers when they do a walk of shame in front of the Axel Springer building. You need to arrange yourself with the anonymity of a big city. However, I found my role in this city what maybe wouldn’t have been possible somewhere else.

Are you happy?
I’m fine, even though my lifestyle shows some schizophrenic characteristics. It’s not always easy uniting two alter egos in one life. Two alter egos that repel each other in our society. I’m happy. Maybe I need a holiday, but no one will ever get me out of Berlin.