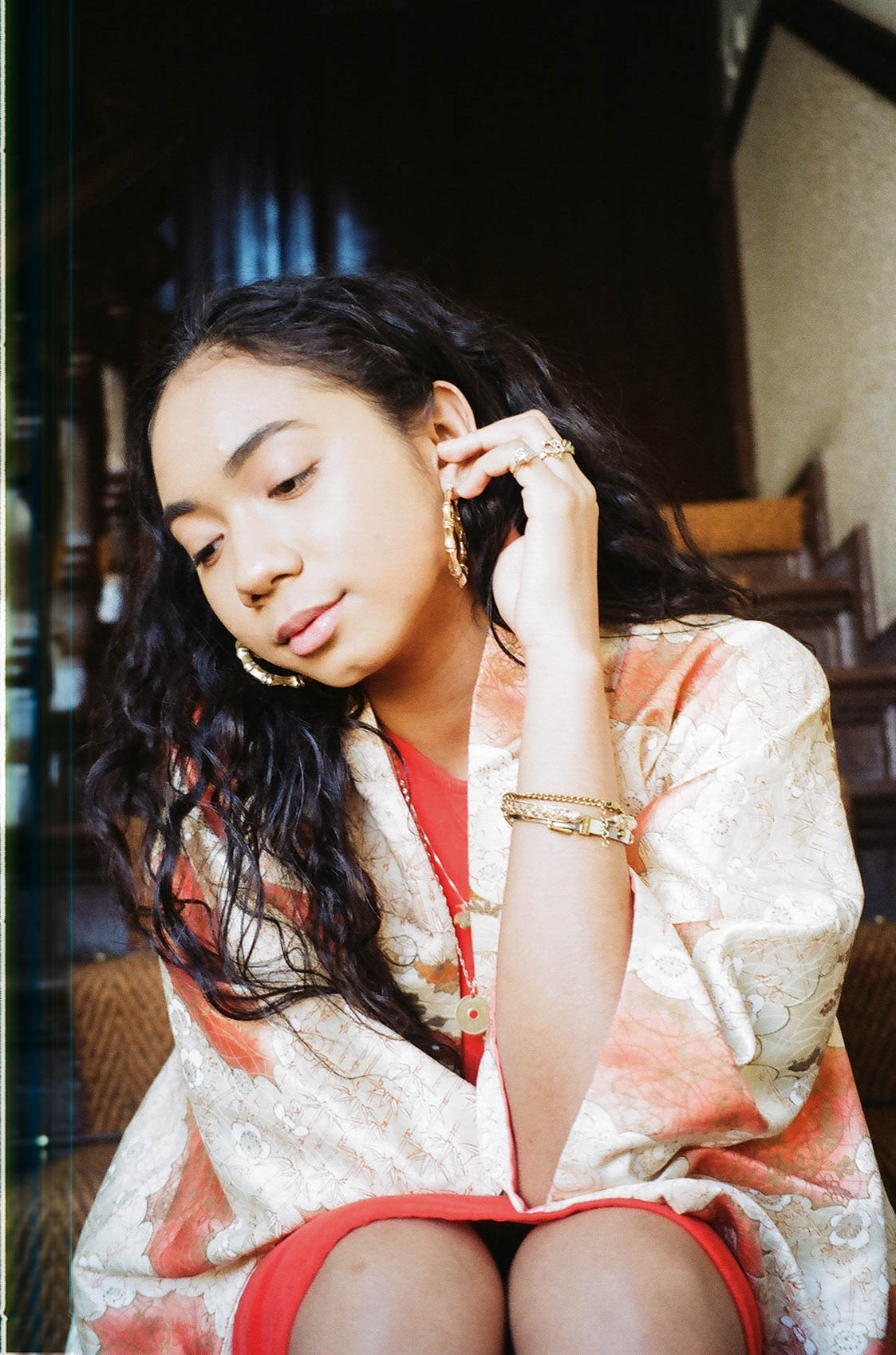 The nuances surrounding race and life in Berlin are individually relatable in many ways. By asking a group of five young black and mixed raced Berliners by both birth and choice on their opinions regarding life in the German capital as a person of colour, we’re granted a personal and tailored insight into this diverse community. Europe’s own hedonistic playground is unsurprisingly not all fun and games for those who belong to an ethnic minority, and in the following five interviews, these young Berliners explain why they’re here, why they choose to stay, why they’d leave and how they relate to this city within the context of race.

People of Colour bond by swapping stories, anecdotes and experiences. In talking feelings of home and microaggressions, these very distantly related diaspora members with widely varying ethnic makeups allows us to see their world through their perspectives. How the experience of one with roots in Japan and Trinidad differs to that of one with their paternal lineage based in Tanzania is beyond great, and so of course the way in which they experience life in Berlin can’t possibly be the same. In seeing their contrasting thoughts side by side we can just begin to fathom the numerous instances and feelings a person of colour can encounter in Berlin.

It’s no doubt that Berlin has made a name for itself globally as a pleasure-seeker’s paradise brimming with liberal ideology and alternativism, but what is it really like for intersection of young people of colour living here in the German capital? 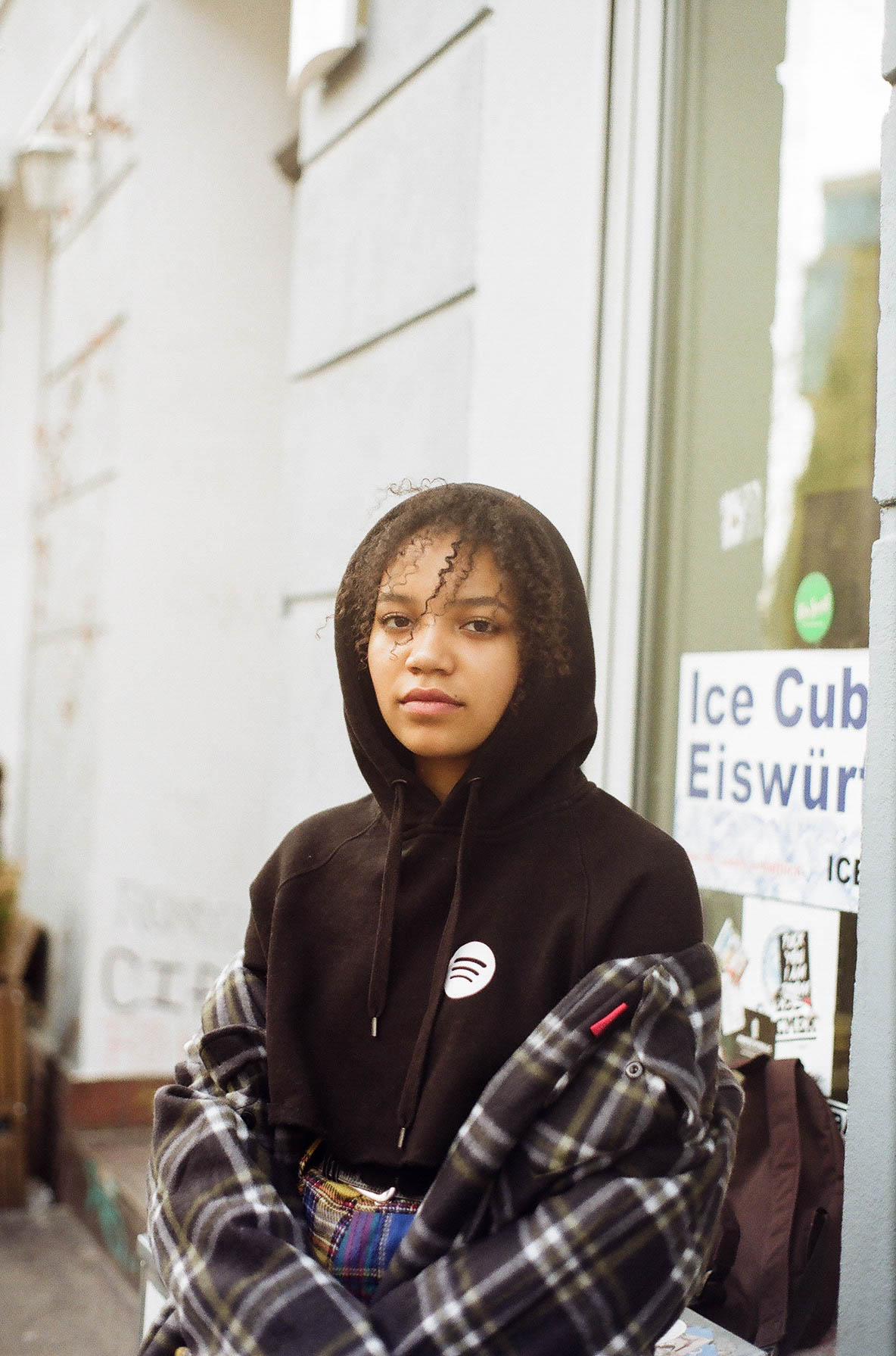 Do micro aggressions play a big part in your day to day life here in Berlin?

If you mean the moments of subtle racism one experiences as a person of colour in a majority white space, then it plays a big role. A lot of times we get used to it, because we have to. If you let all these small moments affect you on a daily basis, you would become hateful or aggressive. It would be unhealthy. That’s why I think a lot of us get end up starting to ignore these moments. You have to choose your battles wisely and know when it is right to speak up and fight, just as much as knowing when to move forward and not invest all of your energy on a certain behaviour, person or an ignorant and unthoughtful comment.

What do you think Berliners can do to be more progressive towards ethnic minorities?

I think this question is way bigger than just Berlin. It’s about a general understanding and the meaning of race and its history. If there would be an easy answer, I wish I could just tell you, I could say Berliners have to be more inclusive and open, but it’s way more complex than that. It’s about Germany’s long history that goes all the way back to Colonialism, Nationalism and the exoticisation of black people.

What piece of advice would you give to other black girls growing up in Berlin?

Growing up as a black girl in Berlin can be confusing. Finding your identity and loving your skin or hair in an environment, where the standard of beauty doesn’t represent you can be difficult. I would tell young black girls to find someone they can relate to – who will understand what they’re going through and teach them to embrace their own beauty and worth.

Would you ever consider leaving Berlin for the country of your familial heritage?

I spent almost seven months in my Dad’s home country of Tanzania between 2016 and 2017. I’ve always felt that it’s important for me to spend a longer period living with and having the experiences of that side of my family. Before then, I’d only ever visited my relatives for short amounts of time. It taught me a lot about myself, my culture and my family. It is obviously very different and I really appreciate the experience, but at the same time I realised that the freedom I have as a woman to move relatively free in Germany, is not a norm. I think that is one of the main reasons why I wouldn’t consider moving there. 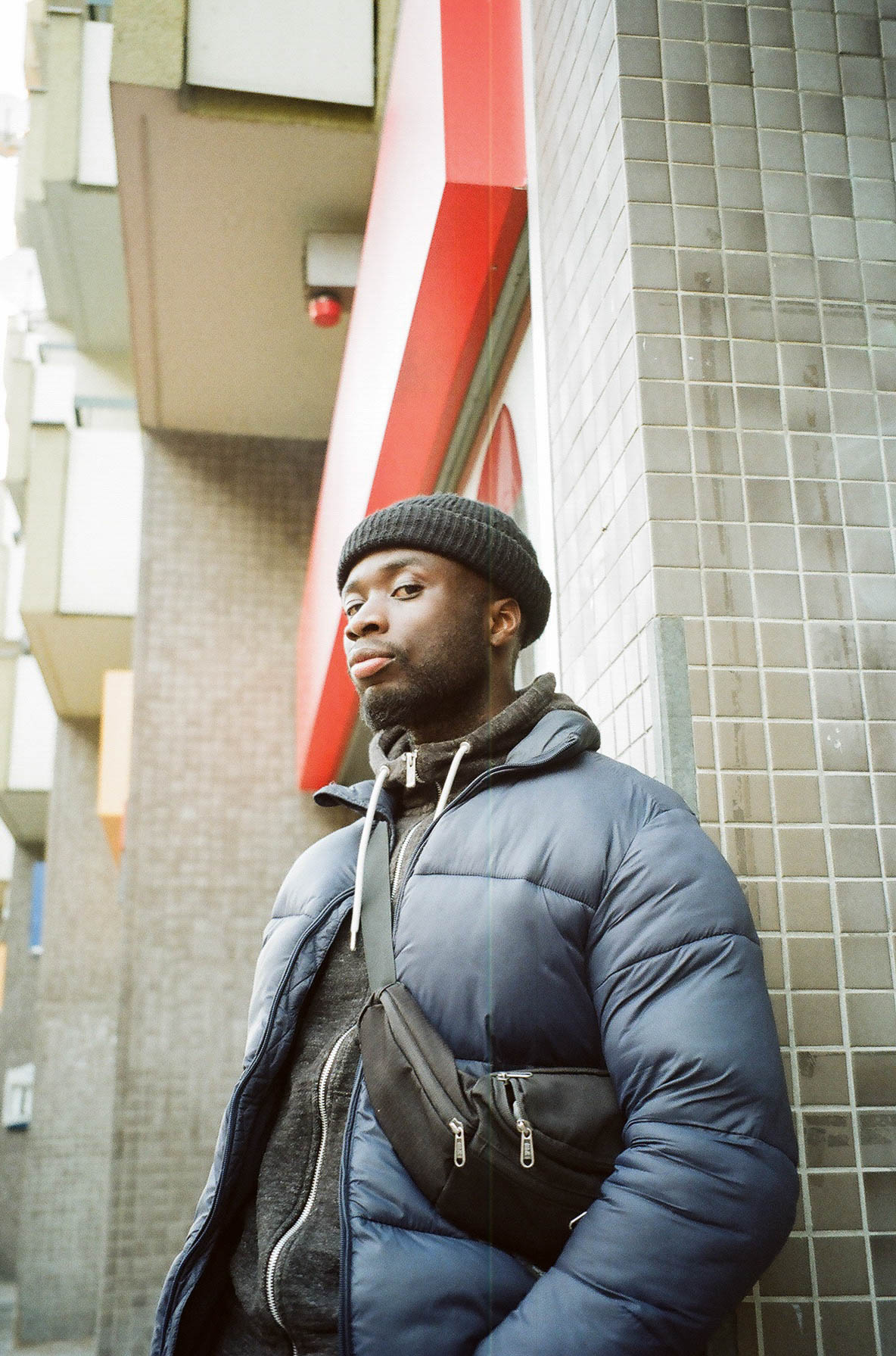 Where did you spend your childhood before finding home in Berlin?

I didn’t grow up in Berlin, I spent my childhood in Ghana. I was only six when I moved to Germany. We moved to Düsseldorf in the West of the country where I stayed until I was seventeen, then I moved to Berlin.

Do you feel as if people of colour are treated fairly in Berlin?

To be honest, I find Berlin to be a great city for people of colour. It’s international. I don’t feel as if people look down on me here because I’m black. Of course, there are uneducated racists here as there are with anywhere else on the planet but you won’t necessarily come across them unless you go to the city limits.

Do you feel as if people don’t see past the colour of your skin at times, as if it is something that holds you back?

Actually this motivates me. I’m down to talk to everyone who can’t see past the colour. If you don’t know any better, I’ll teach you.

Would you ever consider moving elsewhere?

No, I couldn’t. Berlin’s got me. I’ve never felt an energy like I feel here in Berlin anywhere else. But I should move back to Ghana someday, back to the place of my birth.

Do you feel if people were more concerned with your background where you grew up or here in Berlin?

I grew up in Brooklyn, New York and moved to Berlin over a year ago. On both sides of the Atlantic, one of the first questions I’m usually asked is something along the lines of, “Where are you from?”. (Here it’s typically because my horrible German skills give me away). In both instances I reply, “America”, my nationality and over here in Berlin, that’s the end of that conversation. Whereas back home, my accent and fluency in English would have already answered that question, the second question asked is more invasive, “Yes, but what are your ethnic origins?”. I think this happens because my nationality isn’t a satisfactory enough answer. My race and ethnicity is of greater importance in a place where I grew up, rather than the place where I’m already understood to be foreign.

What parts of your racial identity do you enjoy celebrating the most?

I love that my racial identity has allowed me to realise that there is always a counter narrative, a counter story. It’s afforded me multiple perspectives. Growing up in The States with parents from Trinidad and Japan, I was young to learn that the world doesn’t always see eye to eye on certain things. Also, that world doesn’t always provide the most objective information. Knowing this now, I question everything and feel more confident in developing my opinions and thoughts afterwards. I think this allows me to enter conversations openly, without the intention of imposing my thoughts on others and hoping I can leave with more than what I came with.

Would you ever consider leaving Berlin for your home countries?

I would definitely consider leaving Berlin. I feel a bit out of touch with people of colour at times, this makes me feel alienated and not whole. I do not know if this is a shared sentiment amongst other Berliners of colour but for me, it is important to keep in touch with those to whom I feel I can relate the most in terms of exchanging thoughts on racial discourse regardless of how this differs in a German context as opposed to an American context.

As a woman of colour, would you still say that Berlin is the liberal paradise everyone says it is?

Berlin is perhaps a queer paradise but as a woman of colour I’m not sure if there’ll ever be a liberal paradise for us. These promised places of safety and protection are hard to come by and we often end up questioning these places ourselves as they too often have problems.

What do you do to stay in touch with you heritage?

I actively stay in contact with it, I think that’s the best way to stay in touch with one’s heritage. I do my best to stay in touch with family in my parents’ home countries of Japan and Trinidad and when I can, I’ll visit. Other than that, I try to engage myself with Japan and Trinidad’s ongoing political in their current politics as well as cooking food from the cultures I grew up in. 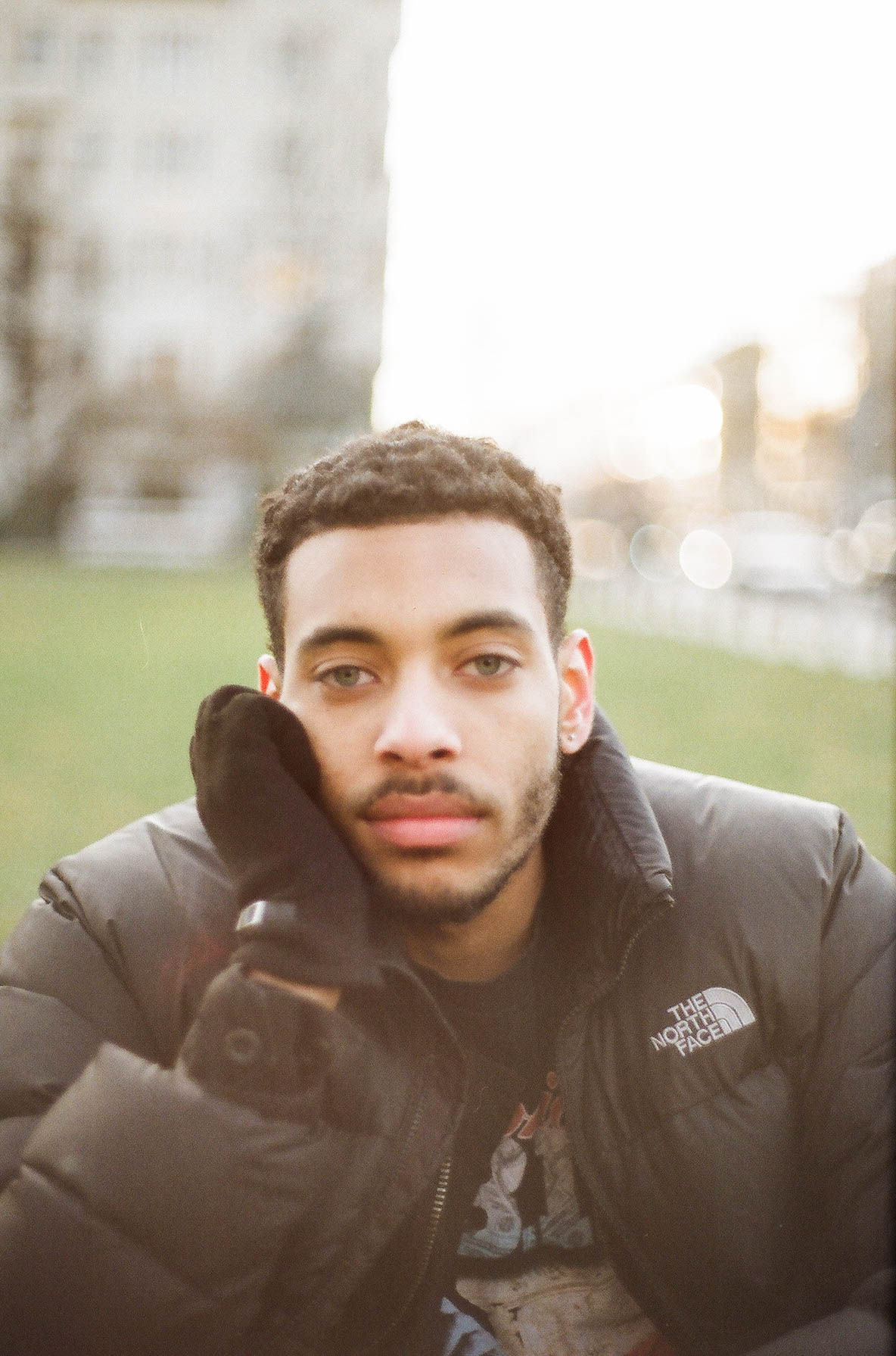 Where did you grow up?

My parents’ jobs meant that as I was growing up, I did not have much of a choice where I wanted to live. Because of this, I left Berlin when I was pretty young but returned when I was older. So even though I had a break from the city, I grew up mostly in Berlin.

How do you stay in touch with both your German and African-American sides?

I visit America quite often and I’d say that my interests are influenced a lot by the culture, for example music. I’m bilingual, speaking German and English and even though I am based in Berlin at the moment, I travel to the States every summer as my Mum still lives there. It’s always something really special for me when I’m able to go to America and see my Mum. When I’m there, I’m somehow able to connect to my American side more than I’m able to connect to my German side here in Berlin.

Have you found your diaspora/ethnic minority community here in Berlin?

Yes, luckily I have. The school that I attend is very diverse and international. There, I have had the privilege of meet many ethnic minorities.

Why did you choose Berlin, why is it the place for you?

Berlin’s multicultural layers make it the city for me. You can feel the city’s creative energy, especially through my generation’s work in music, art and fashion. 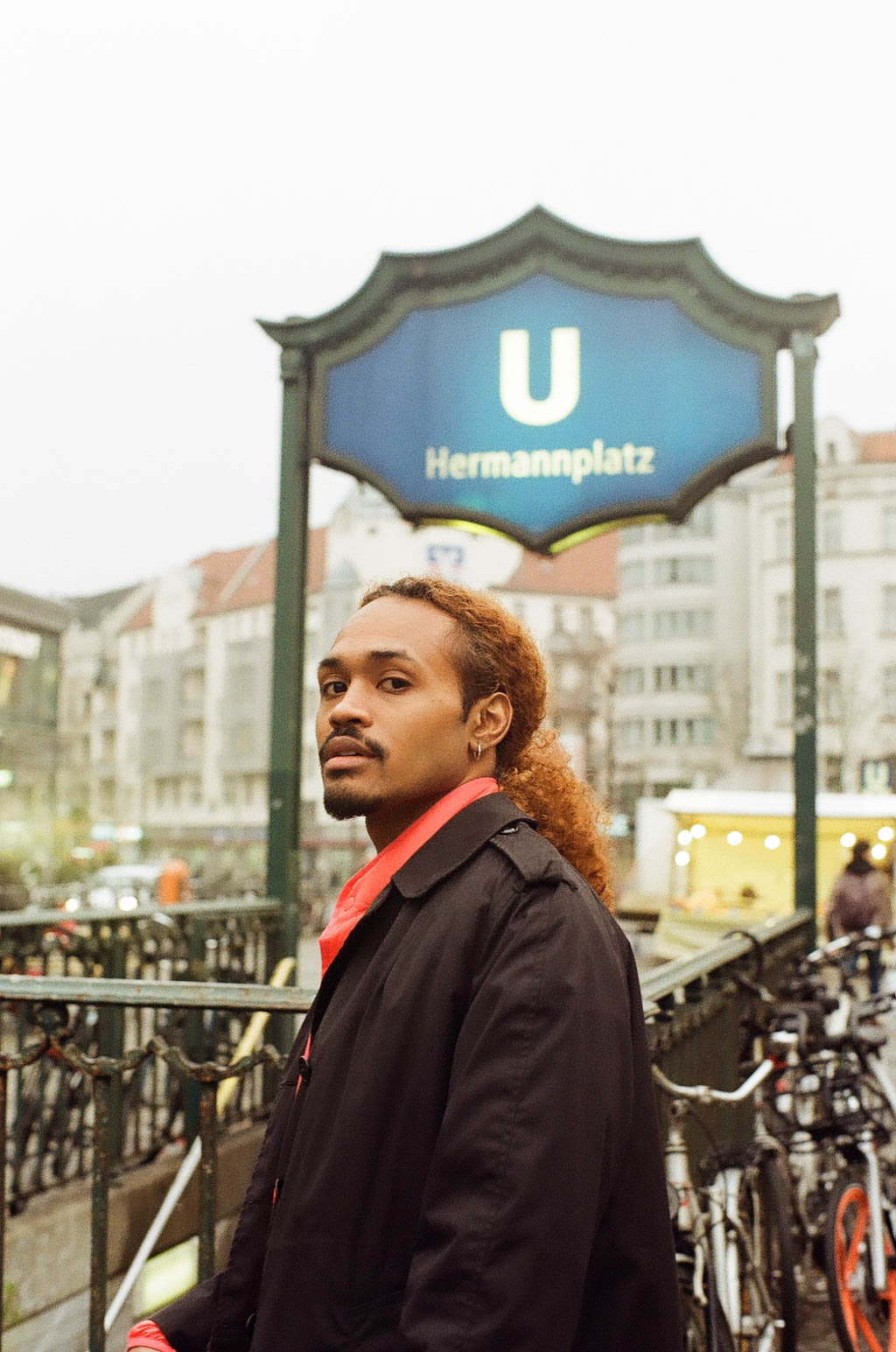 Have you found members of your ethnic minorities community here in Berlin?

A few, but to be fair, I’ve only been living here for a few months now. My hometown of Norfolk, Virginia has a very large African American community but comparatively speaking I’d have to say the community here in Berlin does seem to be more united.

How do you stay in touch with your heritage? Traditions, food, clothing, language?

I think these things are just rooted within me. They’re a part of who I am, so I can’t say I consciously make an effort to do specific things to ‘stay in touch’, so to speak. I do however proudly make an effort to share my culture with people through art and other creative outlets since black culture is being constantly appropriated in these same mediums.

Have you had any negative experiences in Berlin?

My personal experience here has been very welcoming. This being said, I’ve noticed that Berlin lacks representation for people of colour. This is sad but honestly not surprising – it goes to show that we are still many steps behind.

What do you think people of colour should be prepared to expect when they move to Berlin?

I’m so new to Berlin and still learning for myself what life is like here. I’d have to say so far though the city is very open and accepting. If you know where to go, you can find your community here and the freedom the city allows you makes challenging its image issues and other problems worth while.

Do you think Berliners still have work to do with regards to race relations to fulfil its liberal city image?

Of course, there’s still a lot of work to be done. I think one foundational issue to tackle is the misrepresentation of people of colour, their communities, and supporting organisations.