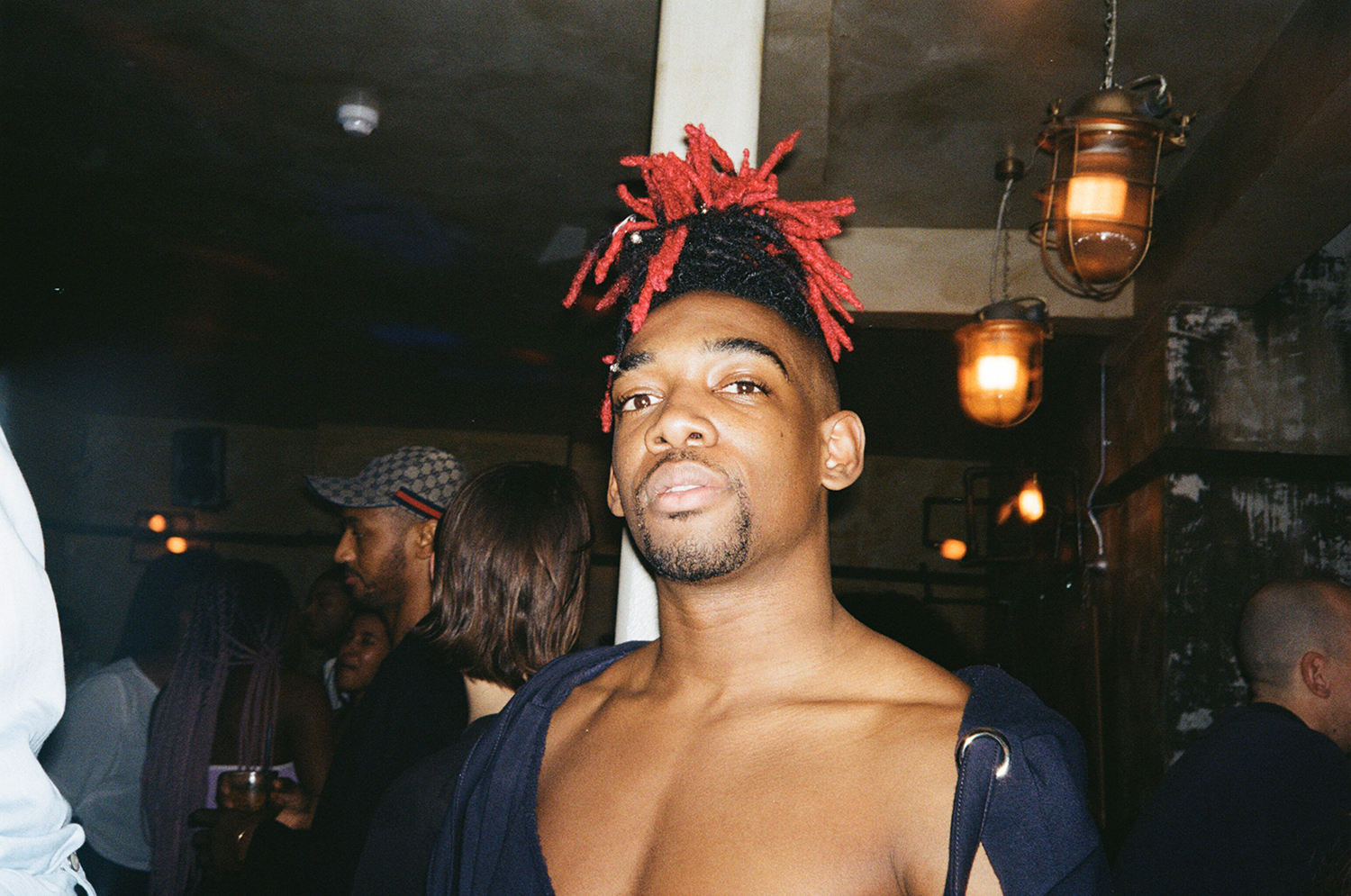 At just 25, Jay Jay Revlon is already making history as a figurehead of community and inclusiveness in the London Ballroom scene. Since walking his first ball in 2012, he’s opened his own Kiki house, DJ’d for balls across Europe, helped people in Portugal set up their own Ballroom community, and changed the face of the scene in London by creating English Breakfast London and his monthly vogue party, Let’s Have a Kiki. He continues to blaze the trail for those who recognise the necessity of creating community spaces – especially for people of colour. We spoke to him about his motivations for his many projects, authenticity in the scene, and the importance of being open to learn. 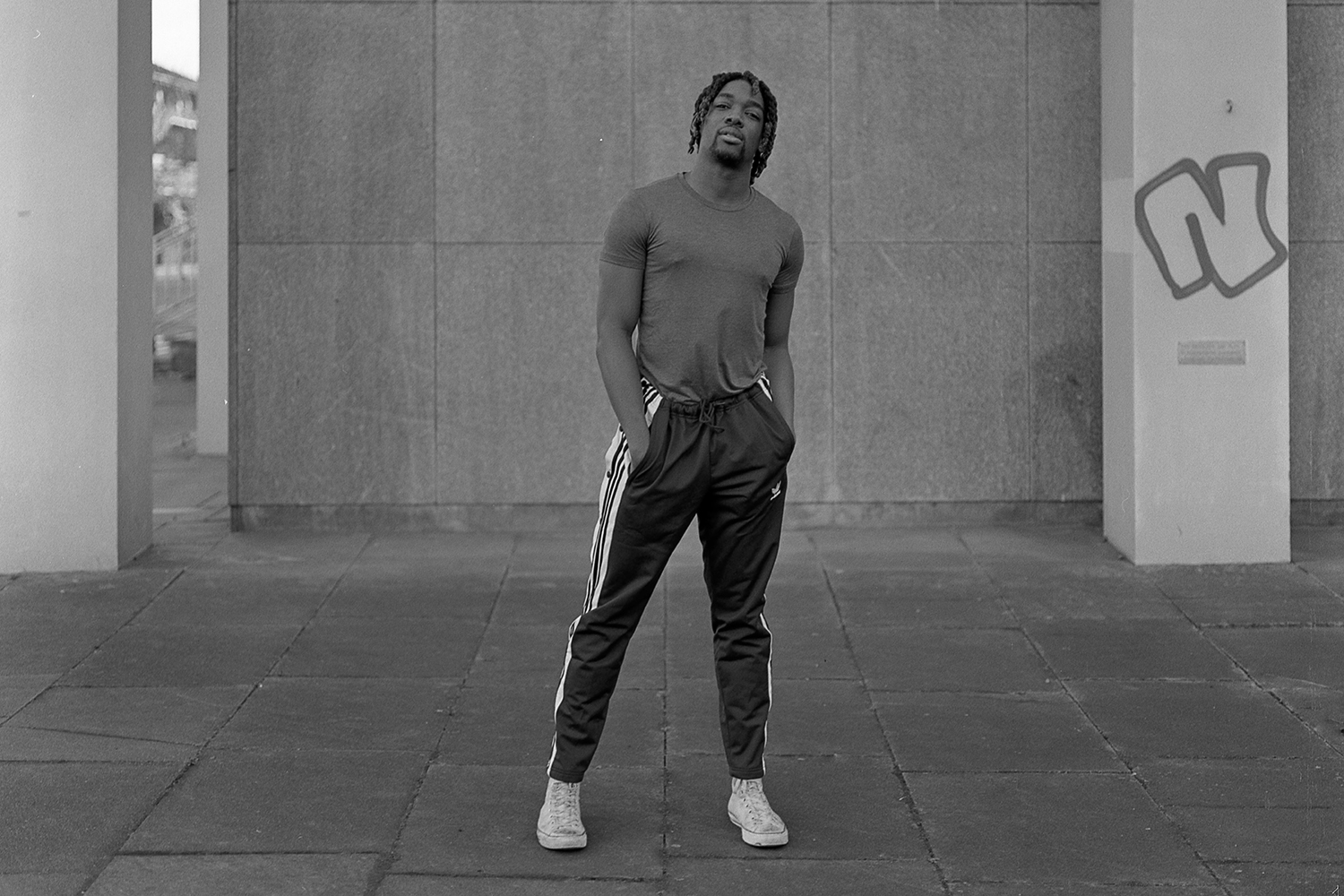 You’ve been working on an impressive number of different projects in the past few years. Firstly, tell us about English Breakfast London…
English Breakfast London [is] basically just a hub for the ballroom scene – to post ballroom stuff, post people’s ballroom events. [It] grew out of me and Sydney Ultra Omni when Sydney lived here. He wanted to do something that could be the core for London. It just came out of two people talking – we did one ball and then it just went off from there. We get emails every day from artists somehow, emailing us about their new music and all this other stuff.

And you also throw a monthly party…
Let’s have a Kiki is a party for voguers, by a vouger, for friends. It’s not this place where you can just come and stand about. Throw the drink in the air, get wet, get sweaty, dance vogue, all of the things, doing what you want to do, dance how you want to dance, be free, be who you wanna be. It’s just a space that can be great for everybody, you know? Shout out to Prince of Peckham for them being like, “we’ll give you this space, you do what you need to do with it, you help us, we help you”.

And more recently you’ve begun The Men of Colour Society?
The Queer Men of Colour group [is] to bring ourselves together – we need to be a society. There is no Facebook group for queer men of colour in the UK. There is NONE. This was crazy to me. We have one or two club nights, but these nights are run by people that are not of colour, and it’s supposed to be for us. So we’re putting money into their pocket, when we should be trying to come together and put it into our own pockets so that we can all do greater things.

I think it’s very important that we all talk about our truths and our experiences, but I feel like if we want to be the change that we want to see, we need to somehow be talking about how we can change that. Keep positive, keep moving forward. I understand there’s hurt, but where do we go from there? We can all do it. It can happen. And that’s my whole theory behind the group. We can make a change together. We can make it happen. We can change the stereotypes and the perspective. We’ve all watched “Black Panther” now. We’re all raging, and we all really wanna go to Wakanda. We can definitely do Wakanda, but you have to do Wakanda in a small party gathering somewhere, and then let it grow from there.

In all the spaces you set up and run, community and inclusiveness seems to be at the core. What motivated this?
For me, why I push inclusivity so much is I’ve always been community based. I was going to dance classes when they were 50p, for like an hour, two hour class, sweating down at something like 14, and I saw that community aspect. I understand what my community is missing.

I think from a broad perspective, we did have this thing we liked to call “the Banjee’s and the Boujee’s”. So I’m the Banjee, and people like me that are Banjee are, you could say, the community focused ones, the ones that are more about making it more accessible in terms of financial struggles. The Boujee’s are the ones who are like the expensive classes and all of that stuff. That’s the Boujee’s – where it’s more of a career kind of move, not a community based kind of thing. That’s what I take from Banjee’s and Boujee’s.

We’ve also bumped heads. Now, for me, I’m fine, because I’m doing exactly what I wanna do, but at the time it was really hard for me because I could never understand why we had this scene where I would never really see any people of colour. I would always see the same faces. I would never ever see new faces come through. I think it was a good foundation, in my eyes, but I never saw anything that felt like we are together. So hence why I came with my thing, my whole basis. My whole basis has always been that I’ve worked in the community. It is literally the only thing I know how to do – to try and build a community. 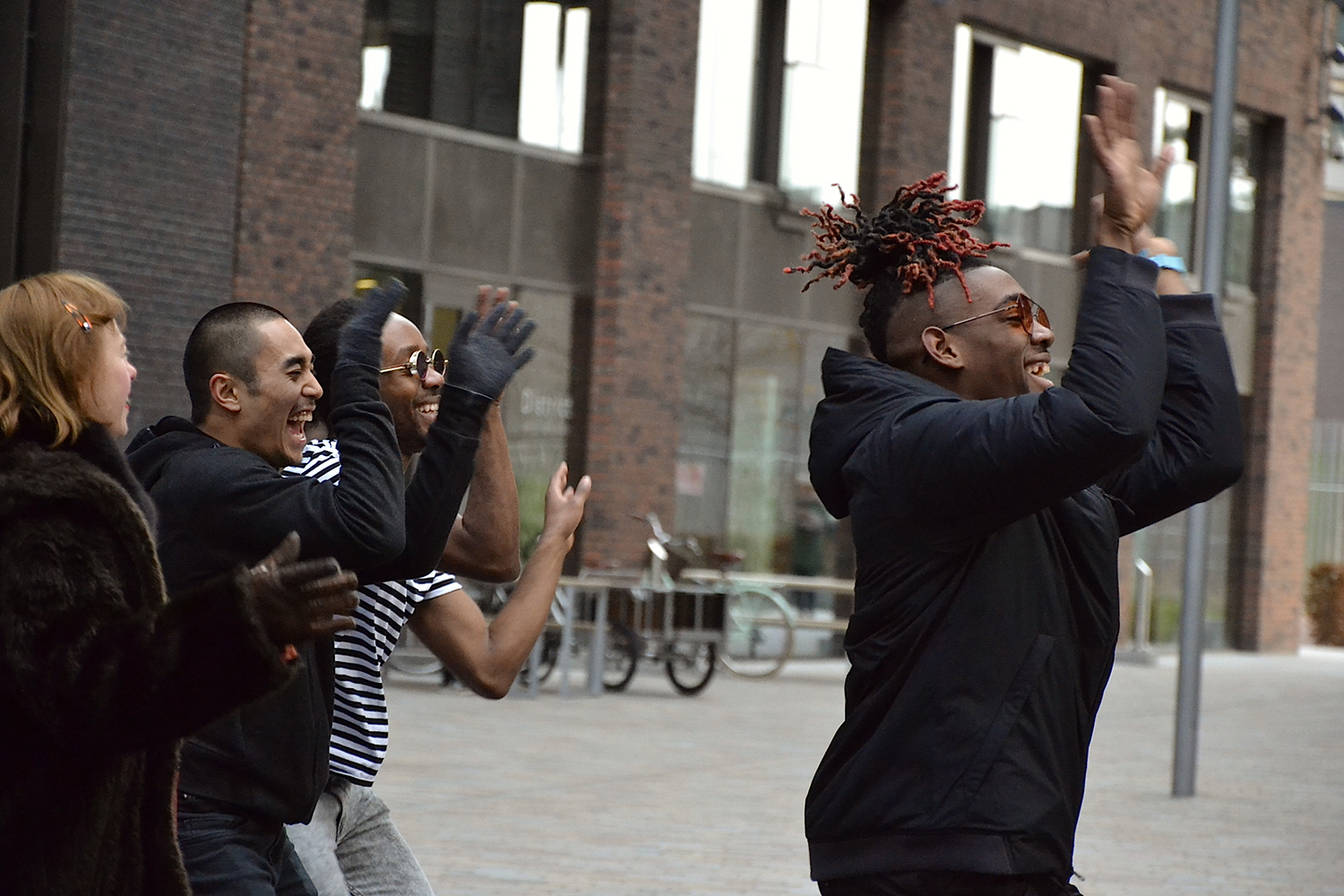 You’ve spoken publicly about the difficulties of people trying to capitalise on this culture – but the spaces you create are not for that.
Right! I spoke to a friend one day, and they said “how come you don’t just move to Portugal for a bit and help them build a vogue scene out there?”, and I say because, I might be a resident for them, but that’s not where I’m from. I can assist, but I’m not going to go and take over. That’s, for me, the whole thing of just actual genuine care. I never did this so that I could take over a scene. I did not do this so that everyone can email me for shows and interviews. I didn’t do this for fame or to be well known. I only did it because I thought something was missing, and what I felt was missing, I wanted to see. I always go by the saying “be the change that you want to see”. If you can’t be the change that you want to see, or you’re not trying to do anything about it then don’t talk about it. People always want to complain about stuff, but what have you done? If you haven’t tried, or you tried and it failed, are you still trying? Are you trying hard enough?

This seems like a running theme – keeping it proactive and positive.
Exactly. Back in the day you’d be hated for one: being of colour, two: being gay. So what did they do? With that negativity they made a positive space. You can’t go wrong with that. When I was in a negative place in ballroom, I made a positive space for myself.

That whole resistance has always been at the core of the ballroom scene, which is important. How do you suggest people educate themselves about that?
Kevin Ultra Omni has a website where it has every house, when they opened, the whole history. If you watch a film like “Kiki”, which is an amazing film by Twiggy Pucci Garcon and a woman called Sara Jordenö, that film literally tells you Ballroom 101, to this day. It shows you in the truest form. It was made with mad integrity. It really had everyone from Ballroom on it’s side. The whole film was just out of this world.

I think that what is important is that we don’t just take from these documentaries or anything, we really take and make sure we are doing it the way that we want to do it. You can do the tricks and you can do other shit. You can play with it, it’s fine. You can make your own rules. You’re your own city, your own country, your own person, you make your own course. You just have to be open to learning. “I didn’t know that, let’s find out together” – that saying is really healthy, because so many people come to you, asking questions, and some people don’t want to say they don’t know so they make up some shit and then it don’t make sense. Then they find out it was bullshit like a year later, and they feel lied to and they feel deceived. It’s not going to hurt your pride to not know. There is way too much pride, but it’s fine, because if you don’t know, you don’t know.

And if you don’t know, you learn.
Right! And that’s all there is to it. The only advice is, do as much research as you can, go to as many workshops as you can. Obviously everyone says “do your history”, but I feel like if you want to do a class, do a class. If you want to learn about the history after do the history after. If you want to be a part of the ballroom scene just come. Walk. Be confident. Just do it. People always feel like there’s rules to this, and there isn’t. The rule is, get the fuck in there and just do it. There’s no “You have to do this. You have to be here. You have to do this class for ten years and then walk”. There’s so much space for everybody. I think that’s all I would want to convey is that there’s a seat at the table for everybody, with everything. So if you want to do something, do it. Talk to somebody. Obviously don’t just come up and be like “yo, I’m gonna do a ball”. Just speak to someone, try and connect and say “hey I’ve got this idea”. It’s not going to hurt you. Just come in here with respect and everything will be fine.