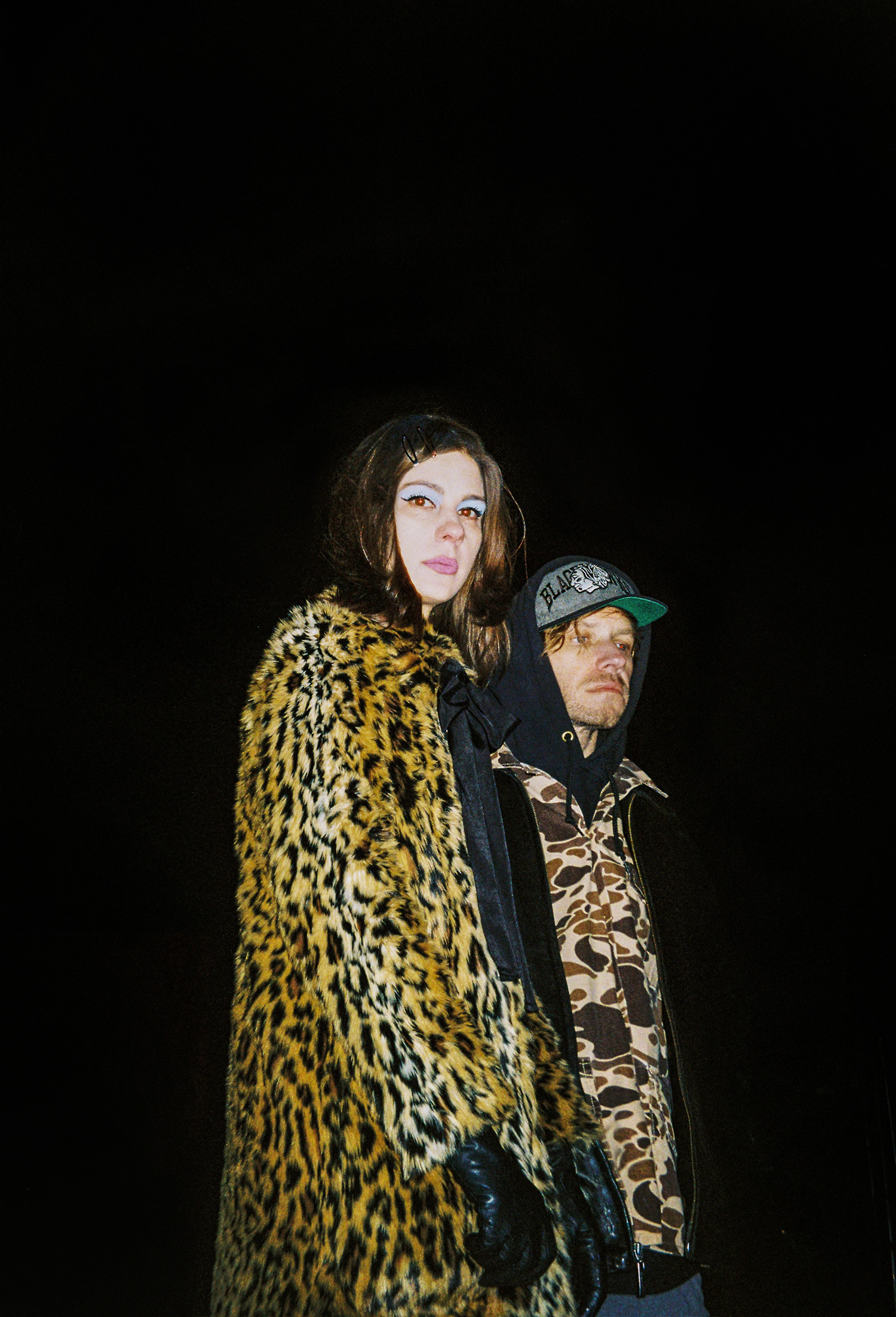 After being raised in small-town Germany to Bosnian parents, moving alone to Paris, and then later to Berlin, Islamiq Grrrls often speaks of her lack of rooted association with any particular place. This notion of independence from specific a city comes through in her work – separated from the styles and trends which usually unify sounds in places like Berlin, her ethereal work stands out against others who have begun their music careers in the city. From a different continent entirely, oOoOO was born in New York, and then moved to San Francisco – but again found that his sounds were separate from those around him. The deep, pulsating, often lyric-less music by oOoOO is distinctly different from that of Islamiq Grrrls, but there’s a commonality in mood that is understandably harmonious given the close working-friendship between them.

Now, the two artists have come together to create a collaborative album that reflects this relationship. While also working to update Nihjgt feelings – a record label founded by oOoOO – the two worked on an album which takes inspiration from an endless plethora of sources, bringing you something that is somewhat familiar, yet utterly unique. We caught up with them both to talk night-time vibes, working-trust, and stylistic independence… 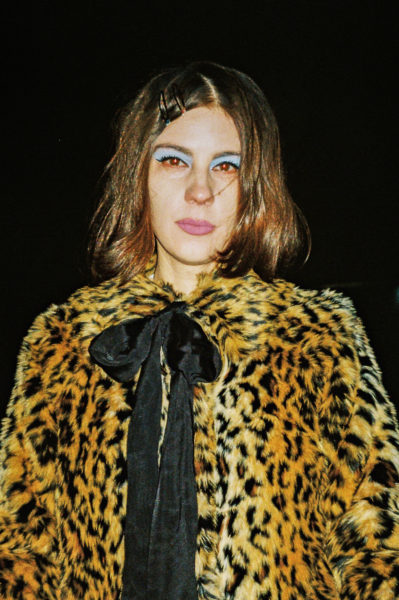 So you two have been friends for a while – how did the collaboration come about for this record?
Islamiq Grrrls: I think for myself it has always been really important to work close to [oOoOO] because I started in the nothing, on my own. I think that he recharges my batteries when I run out. It’s so frustrating when you don’t know what you’re doing – I got obsessed with making music that I couldn’t stop doing it, but it was so painful to make it. I would just make him listen, and he would sit down and mess around with it for a minute and give it back to me, and that would really revive everything.

oOoOO: I feel the same. All through my youth I played in bands and stuff, and as someone who is working on their own I really missed this collaborative kind of feeling you get when you’re working with other people. It’s great to have a fresh perspective on what you’re doing, especially from someone you really trust. When Islamiq Grrrls started making music we sort of kept our music separate, but then inevitably, because we were asking each other for advice all the time, it got to the point where it was becoming kind of difficult to distinguish what her contribution to my song was and what my contribution to her song was, and so it kind of just made sense – why don’t we just put all of our songs on one album? We’re still separate artists and we’ll present ourselves that way, but a lot of stuff we did just works together.

You met in Berlin and have been working here collaboratively – what brought you both here individually?
oOoOO: I moved to San Francisco in my late teens, and by the time I left around four or five years ago there was just nothing really going on there anymore. I thought a lot of really interesting things were going to be happening, but as it became so expensive everybody interesting left. I was travelling around a lot and I met people in Berlin, and I realised how much was going on here, I was just like what am I doing in SF? So I just kind of ended up coming here a lot and eventually just stayed.

Islamiq Grrrls: I think I just burned out in Paris, because I studied there and tried to build a career there. My flame started getting smaller and smaller and I lost the passion for the city – it kind of sucked the energy out of me and I was very depressed then, and didn’t know what to do anymore. I came to Berlin for a week on holiday, and I just felt like it was such a relaxed, free city. It’s the most generic thing I could mention now, but at the time it was really surprising to me because Paris is really different. People are very ambitious, career orientated, and talented, and there’s a lot of stuff going on, but Berlin is more relaxed. Maybe less career orientated, there’s less job opportunities or whatever, but that’s not what I was looking for. I just wanted to be free to build my own thing and chill and that was the perfect place to be.

Do you feel that this city – or any of the other places you have lived – influence the music you create?
Islamiq Grrrls: I would say it really comes from something very personal. I don’t think it has much to do with the city really. I’ve always felt really independent from the cities that I live in, I could sort of live anywhere. I left home very early, so this rooted feeling was completely erased from the beginning. I never felt really safe or settled, so I’m always ready to go and tense. I think the music comes more from personal preferences and interests and things that inspire me – I think I could live anywhere really and keep a similar thing.

oOoOO: I would pretty much say the same thing. I felt like Berlin, more than San Francisco for sure, is a place where you can have the luxury of living cheaply while making mistakes and taking risks and stuff.

Both of your individual performing names are interesting – how did they come about?
oOoOO: I thought just a series of o’s that symbolise absolutely nothing might be a good way to have a name that was really recognisable, but also didn’t really mean anything. The point was that I didn’t want any attention on my name, but as a result was that just created a lot of attention on the fact that I had an unusual name.

Islamiq Grrrls: My name has definitely attracted some attention too. Some people approach me in very aggressive ways, saying like “Yo, serious question – are you muslim? What’s your deal?”, and I’d be like, “well yeah – but so what?” And then I get: “Oh no, well then that’s really cool”, as if then I’m entitled to walk around the world to call myself that way. It just really pisses me off, but I also kind of like the way that it evokes some kind of weird reactions in people, and it makes people uncomfortable, because that’s kind of what the point is – to show people how uncomfortable it makes them, how unnecessary that feeling is, and how unjustified it is. I’m trying to dissociate the actual term from today’s context, and just make it something positive and great, and fresh and interesting. 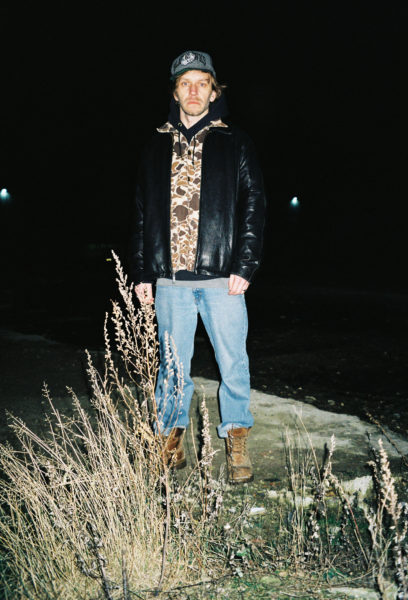 You both have quite a specific aesthetic, what influenced this?
Islamiq Grrrls: The aesthetic revolves around the night – I don’t like to use the term dark because it associates it with something that I don’t really mean or am looking for. What I like about the way the night looks and how the streets look at night is just something that has always naturally moved me and I’m really sensitive to for some reason. The day time kind of makes me feel under-pressure, like there’s life going on outside so you should be productive, and that kind of paralyses me in some way. At night I can really relax because I know everyone is sleeping and nobody cares. It’s just in my head really – nobody puts any pressure on me.

Islamiq Grrrls: Yeah, we do everything ourselves. I think that fact that we were obsessed with movies and visual arts etc. is what led us to start doing it ourselves. I was just starting to try to poorly imitate whatever I saw in a Clouzot movie or Maya Deren – there’s so many influences I don’t want to flatten it to some kind of reference because there’s so many that it’s not even close to paying tribute to them. We’ve worked a lot recently, but I’ve never been so passionate about anything like this, so it’s really satisfying when you work on something that you really love.