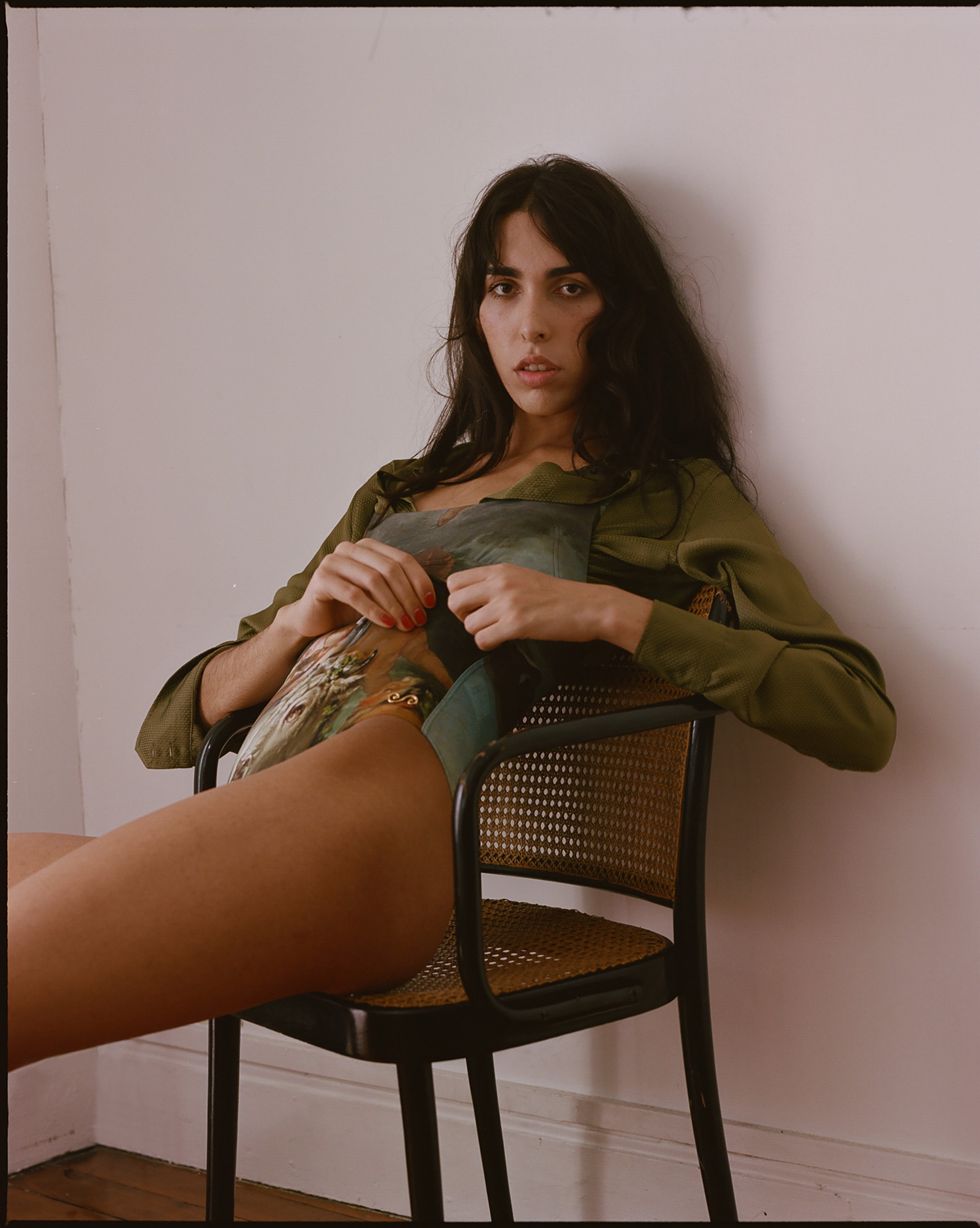 The sexual habits of the contemporary man and woman is as known as it is unknown to mankind. Freud once said that fetishism stems from psychological trauma––if we apply his theory to fashion, what is fashion’s trauma that has the industry wearing fetishistically appropriate attire?

Chris Sutton has worked with directors, stylists and artists across the scope of fashion and the entertainment industry, including Nicola Formichetti, Nick Knight, Steven Meisel, Steven Klein and Patti Wilson. His collaborations with musical artists have included work with stellar figures such as Beyoncé, Lady Gaga, Nicki Minaj and Scissor Sisters. Since 2012, Sutton has been working with Marilyn Manson as the artist’s fashion director and providing Manson’s Twins of Evil world tour with style. “I guess it’s about control, that’s what they have in common. It’s about what you give, what you take and how much you can endure before you need a safe word. Fashion may not be inherently dangerous but it’s an expression so at times it most definitely has evoked danger,” comments Sutton.

The relationship between fashion and sexual fetishism is a bond that has existed for centuries, the first commercially known example of this is tight-lacing and the use of corsetry. The same goes for stilettos and high heels. If we push this forward to more modern times and look at creative pioneers re-using fetishistic ideology to purposefully promote fashion you have Christian Dior who has re-introduced this love-hate silhouette for women through his ‘new look collection’ in 1947. John Galliano repurposed this silhouette and aesthetic several times during his helm at the House of Dior which set the standard for an era of couture one can’t forget. Even Raf Simons revisited this same aesthetic during his time at Christian Dior.

“There are moments where the visual codes are appropriated, in fashion and of course music videos, but I think they are quite unapologetic in their presence. You can’t really be bondage light. You are either sex or you are not,” says Sutton. Fetishism is a broad term to define, which also makes it very easy to misunderstand. “Most people don’t make the connection between the studs on their handbag nor the height of their stilettos and the visceral reality from which they were inspired,” explains Richardson.

You can’t discuss the growth of sexual fixation in fashion without mentioning Thierry Mugler, Dolce & Gabbana and Vivienne Westwood. These brands have scratched the surface of BDSM and/or S&M at some point––even Céline can be included with foot-fetishistic accessories like the tromp l’oeil toe shoes from their SS13 collection. Appropriating if one may suggest goes beyond the scale of creative direction and brand identity, and it has been so ever since Dior introduced tight-lacing to the commercial public of fashion enthusiasts. “I think they exist together quite naturally. If you look at the definition of fetish, it’s defined as an object of irrational reverence or obsessive devotion. At a fundamental level it’s about an object and an irrational desire, to me that is essentially the goal of every designer, to create an object that is desired,” speculates Sutton.

Craig Green for instance, may not be the typical vulgar and sexualised designer in the fashion sphere. But if one is to deconstruct each and single collection from Green––you will find straps, buckles, ties, blindfolds, holes and hiding versus exposing the body, all clear elements used in fetishistic nature. “Restriction, venerability and boldness, those themes are evocative for fashion designers, I think perhaps the themes from bondage and sex are probably ideal forms of escapism. Isn’t that what fashion is all about?”, continues Sutton. Matthew Williams of Alyx Studio frequently uses fetishistic elements in his collections: wires, leather straps, studs, rivets and chains to name a few. There are several noteworthy incidences in fashion where fetishism stands out, but one in particular appears to have made the biggest impression on Williams, who carefully explains that “Shaun Leane accessories was a huge moment in fashion industry when discussing fetishism and the rise of it in fashion”. Williams also says that the reason and meaning of his frequent use is that the fascination is there, and it’s something he prefers personally.

Just like Matthew Williams, Chris Sutton also mentions Shaun Leane: “I think Alexander McQueen’s magical collaborations with Shaun Leane are a perfect example of this. They created beauty that looked violent and dangerous. Their objects created a tension and friction. Isn’t that what dangerous sex is about?”

S&M is the field of sadomasochism — and elements from this sub-genre of sexual fetishism contain chains, latex, patent leather, studs, and whips. Brands such as Hood by Air has paved the way through including these elements in a more literal way than others — like mouth gauges, zippers and latex. Williams also mentions another significant character in bringing fetishism into the realm of fashion, “Rudi Gernreich of the 1960s, who was originally from Austria, but worked out of LA, he was one of Helmut Lang’s biggest inspirations”. His work can clearly be seen throughout the creative career of Helmut Lang, as well as in Shayne Oliver’s interpretation of the brand last season. The use of sexually fetishistic elements in fashion can be seen even more clear in the avant-garde side of the industry. Brands like Junya Watanabe, Comme des Garçons, Gareth Pugh and Yohji Yamamoto have all in some way or another incorporated belt straps, straitjacket elements and PVC, like seen in the Comme des Garçons SS15 collection, Blood & Roses. An aesthetic that Williams shares: “I just like them personally and that’s why I use them in my creative process.”

Sexual fetishism and fashion have and always will be a juxtaposed interest of man and woman. It has been compromised and exercised by almost every fashion house there is at some point over the vast course of fashion history. By looking back to Freud’s original theory that fetishism is a result of trauma and if we consider that what fashion and fetishism have in common is control. Fashion’s trauma can be none other than dissent. An overexposed rebellion towards the disapproval of fashion’s misguided connotations, all rooting back to the beginning of tight-lacing and heels.

Header image taken from INDIE No 54 ‘THE REVOLUTION ISSUE’: