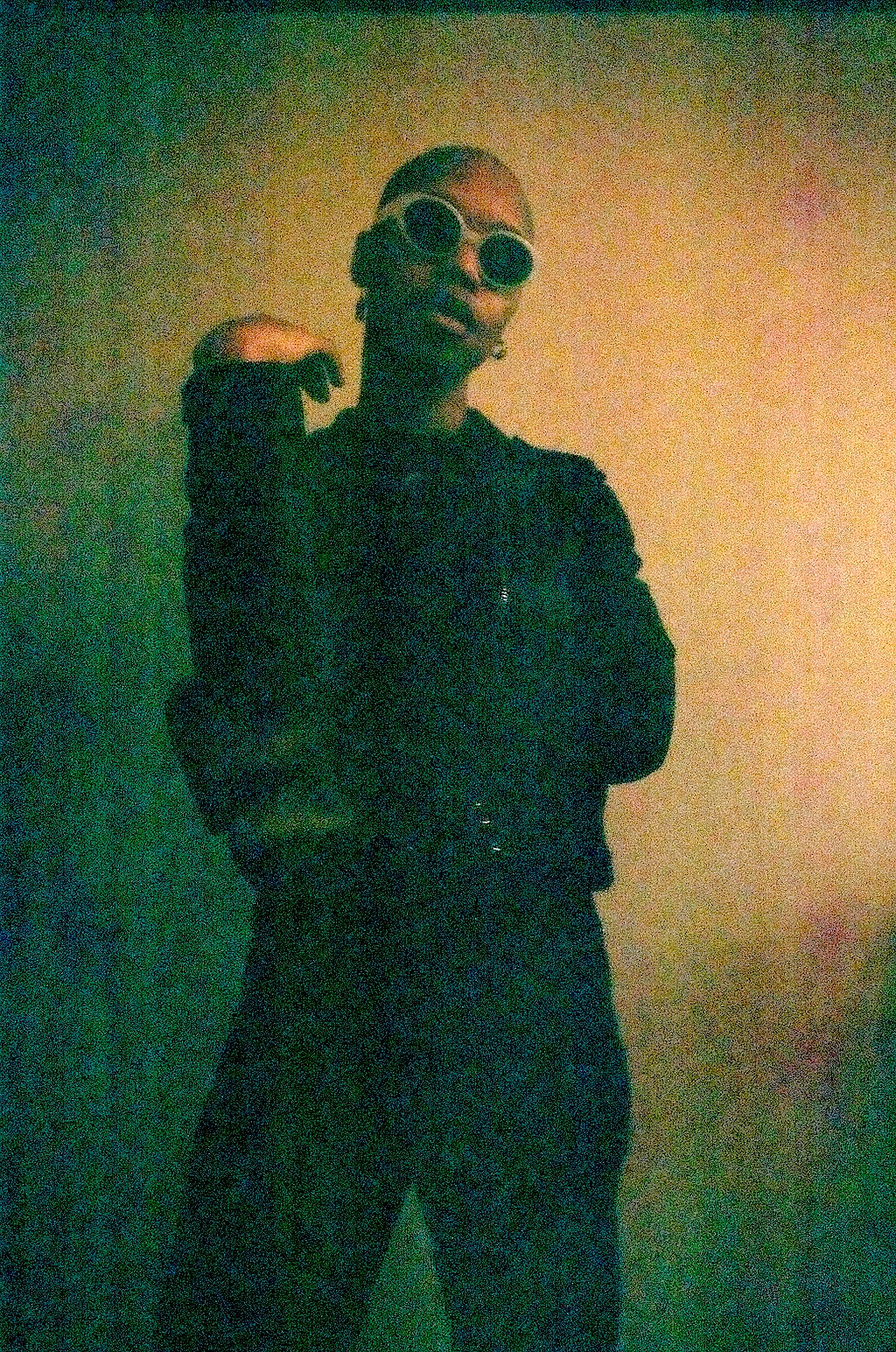 Nakhane Touré is a multi-disciplinary artist – musician, writer and actor, currently in the spotlight for his role in “The Wound“, a new film from South African director John Sengrove. The film, which made the Oscar shortlist for Best Foreign Film, has been lauded for its cutting edge look at cultural traditions and rites of passage. The story explores orientation, identity, love and performative masculinity. It handles traditional values clashing with a modern world. Nakhane plays a lonely factory worker who finds himself helping in an annual Xhosa circumcision initiation into manhood. His performance is raw and sensitive as he embodies a character he can truly relate with – in many ways the personal conflicts of the character mirror his own experiences. The film caused much controversy, especially from the people who still engage in this tradition.

Nakhane Touré began his performance with music. As a child, his mother and aunts introduced him to everything from South African choral songs to ’70s soul. His music also explores heavy topics from identity issues to self-acceptance – especially in his debut album “Brave Confusion” and his new video for the song “Clairvoyant“. INDIE met up with Nakhane in Berlin to talk everything music, acting, and rebellious spirit. 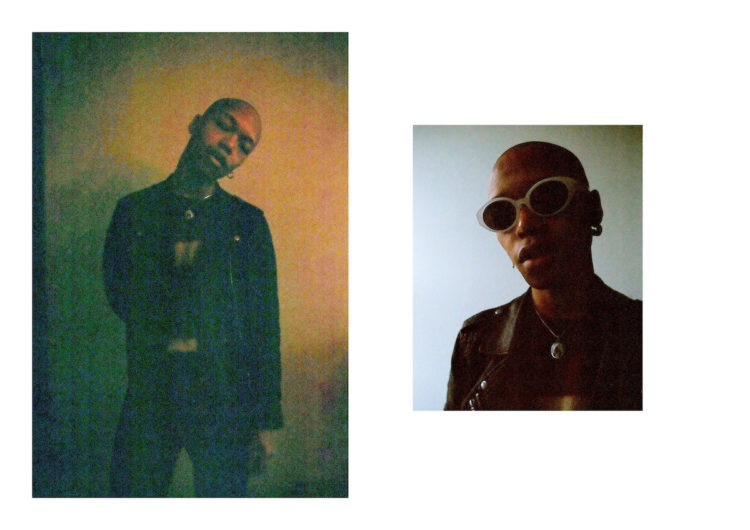 So, how did you become involved in “The Wound”? How does it feel to be part of a project that has been shortlisted for the Oscars?

Completely accidental. This movie has become a weird myth in my life. But it feels good. Although I was never thinking about something like being shortlisted for the Oscars when I was doing the film. I never considered it as a possibility. Life is so weirdly mysterious. We don’t know what we’re doing, because we don’t know what this is. How are we just dangling in space? There are other galaxies out there and we know nothing about them and it freaks me out.

I saw your TED talk where you talked about your family history. How do you think coming from a family full of rebellious spirit encouraged you in your performance and music when you were young?

My mother and her sisters all sang in choirs when I was young. I grew up hearing 60 voices in a room, singing classical music and some African choral pieces.That’s all I knew until I was about 6 or 7. Then we moved to Port Elizabeth and my mother introduced me to all the soulful stuff from the ’60s and ’70s like Marvin Gaye and The O’Jays. But looking into the history of my family and hearing family secrets, I realised that my family is a group of people who just followed their heart – for better or for worse. I see a pattern all over my family of people who are rebels.

You’ve also mentioned the difficulty of growing up – you felt you were hiding parts of your character and with that your sexuality; did your experiences help to channel that into the acting in “The Wound”?

Oh yeah. It was emotional. That’s the danger of it. There’s this whole idea of method acting – when you go into your own experiences to imbue whatever is on the page with authenticity. This meant I had to go back to places I thought I had moved on from. And you have to keep revisiting everyday that you are on set. It was hard, but it helped me make peace with it.

Completely. When you have a wound and its infected, you have to clean it, and it hurts, but it’s doing good. The scar will always be visible, but it doesn’t hurt anymore. You can look at it and say “Oh yeah, that happened”, but it doesn’t hurt. Everyone has things in their life. Have you seen the film “Rabbit Hole“? There’s a scene where Nicole Kidman has lost a son, and asks someone else with the same experience “Does it ever get better?” The woman replies that it doesn’t, it becomes different. Like a brick in your pocket. You forget. And one day for whatever reason, you go into your pocket and say “There you are, I forgot about you.” And then it hurts again. And then you carry on, and forget again.

Why is it so important for you to bring a modern element to South African music with your sound?

I’m not the only one doing that. If you listen to a lot of current South African music, it’s incredibly modern, electronic and experimental. What I love about this generation is that people aren’t waiting for big companies to tell them what to do. They are making things from their bedrooms. I find that so exciting. Because technology is good enough now that these kids are learning how to use it and they don’t care if people like it – they are doing it for themselves or for their friends. Which reminds me of the ’80s gay scene where house music started. Where these marginalised queer, black kids had this shitty equipment, thinking we know we’re never going to get signed by Sony or Universal, but we are doing it for ourselves.

Who are the biggest influences and inspirations for you aside from family?

Grace Jones, also Busi Mhlongo is an incredible artist from South Africa. St. Vincent is great. I also really love Fever Ray – the album she released last year was so powerful. And really something new. Aggressive but also full of love. This whole idea that we are not going to be fucked with, but we are going to love each other. 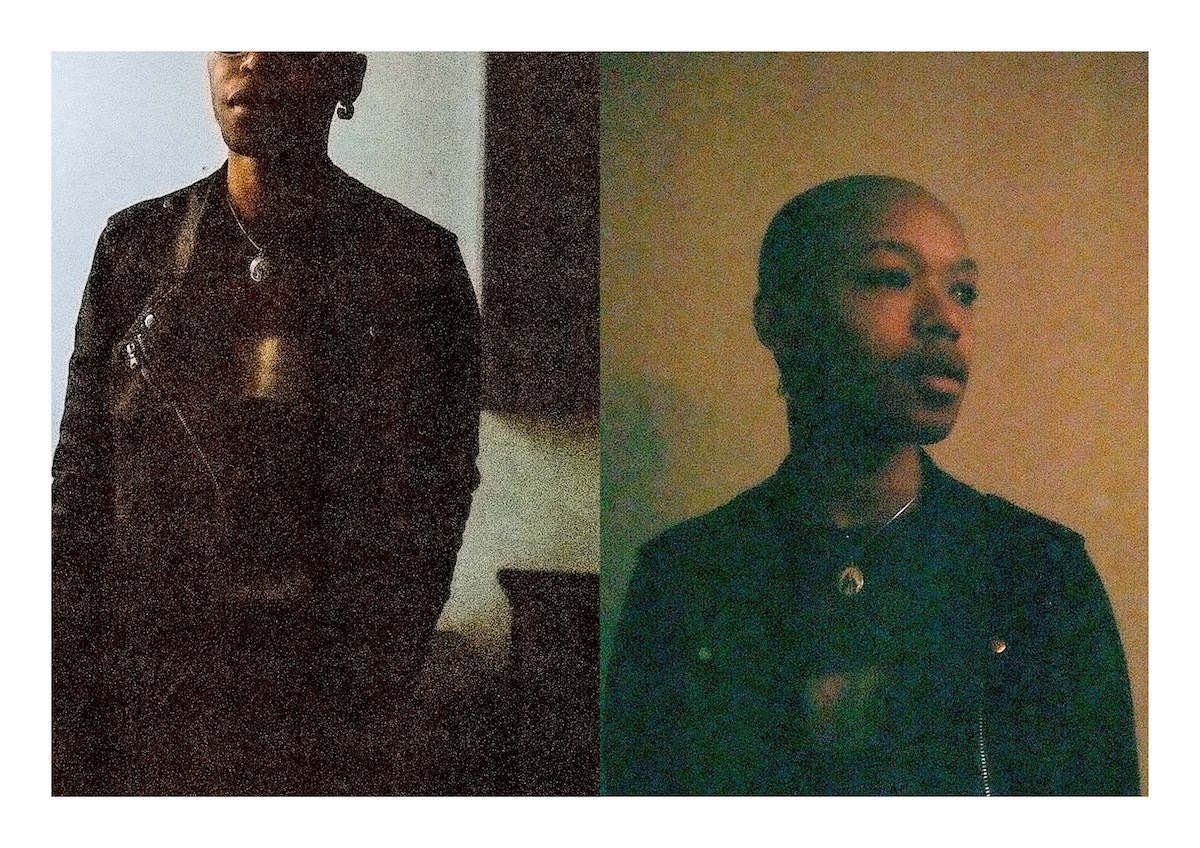 When you’re touring  or travelling for work, do you notice different levels of acceptance when it comes to queer culture in different parts of the world?

Something I’ve realised especially now, is that I think each city has spaces where you can be whoever you want to be and no one will care. But it also has places where you could get into a lot of trouble – for dressing a certain way or holding hands with your partner. So what I’ve realised is that it seems to me that most cities are the same in that way. Especially now with globalisation and the internet, it’s the best and the worst of that. People look the same – fashion is the same. All over the world.

All of this has been made by politicians who wanted to make money or create war. They are still doing it. Which is why in a lot of countries some websites are blocked, because otherwise they could see there’s not really much to be fighting about. And if you dig deeper you see that we all see the same thing, and separating us is all about control.

Do you think the cultural revolution and the internet is a reason why people want to revisit and examine rituals, traditions and rites of passage – as in “The Wound”?

I think for the first time, people have access to all this free information. The internet purports itself to be democratic which we know not to be true. However, having said that, you no longer have to read books upon books to know about a ritual that happened with the Aztecs 10,000 years ago. And I think that the age of information, as they call it, has opened up curiosities, and should bring more empathy. I think that people should look at all these different rituals and see that sure they do it a little differently from me, but we are all the same. But for some reason, a lot of people don’t want us to be the same.

I think that’s the positive thing with our generation – I believe that we really are starting to see some change. Despite the global political situation right now, I have this feeling that things really are shifting.

When I look at my little sisters, so much of the youth now doesn’t ascribe to any gender, which is interesting. I never thought that would exist in our lifetime or in our world. It goes back to a time before all this organised business – now it’s all about language, we give these things words. The word “homosexual” is only 150 years old. We have these labels and scales and even that is compartmentalising. We need to use the internet as a space of sharing good information, but there are some people who are hellbent on being negative. Whatever happens we can’t be like them. We shouldn’t ever take their shit, but we will not sink to their level.

Check out the trailer for “The Wound” here :