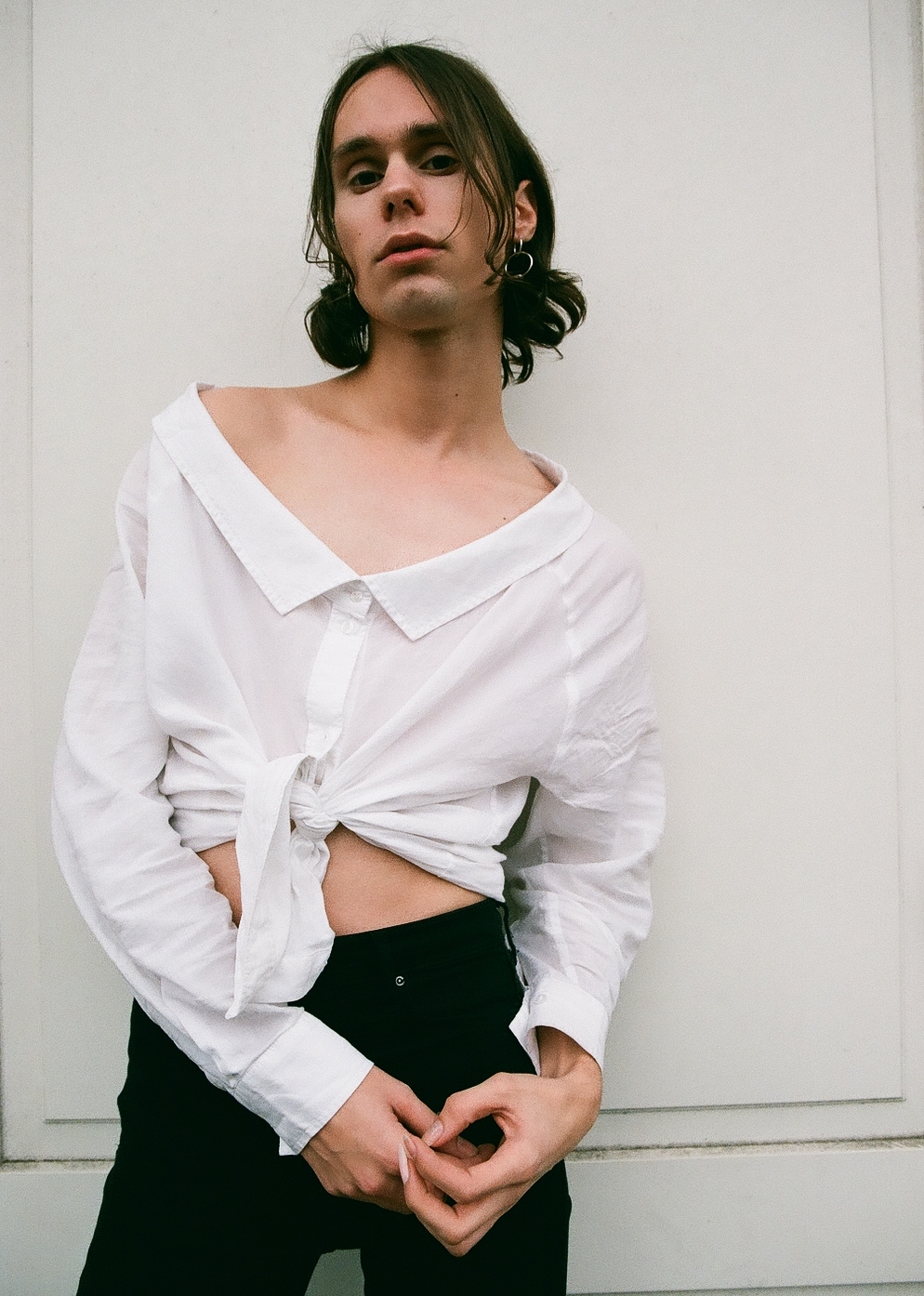 How can the power of clothes attach a gender to the wearer? And why does the destruction of that idea cause so much panic and fear? INDIE catches up with the muses and models that don’t fit into gendered norms and are actually wearing these clothes – and they have things to say on this new world of genderless dressing. In the past couple of years, we have witnessed fashion re-examine the idea of gendered models and clothing. The internet age makes us want to drop all the labels that get put on us. Brands like Gucci and Balenciaga have started to mix genders for their men and womenswear collections along with many others – the fashion world is a-buzz with the new concepts of how to “un-gender”.

When it comes to fashion, the rules of gender are always being pushed and played with. In the last couple of years we have seen the rise of the “anti” model – with agencies like Anti Agency, Lumpen and Tomorrow Is Another Day casting people who are more genderless to suit the future the world yearns for. We saw a push towards anti gendering with the Rolling Stones and the hippies – they shunned a military zeitgeist and replaced it with peace and love. Models have pushed female boundaries in favour of androgyny for decades. Then along came Ziggy Stardust to bring a new model of alien humanity. How is it different this time?

What would you like to see change in model casting choices by big designers?
Maybe that they should have a bigger variety in general – especially in skin colour – there are too many white chicks! Young and old, and also in gender – they should have more genderfluid boys and girls included. When it comes to the actual procedure of casting, maybe that they shouldn’t be so harsh with the newbies. They should provide more feedback even if the model doesn’t get the job, so they can leave the casting without feeling discouraged. I wish it could in general be more of a human process – it’s fashion not a competition. And also that a smile is so much more beautiful than a bitchface.

If there were no gender rules in mainstream fashion, do you think people would dress differently?
I already dress without gender rules, but I think some guys would dress differently because people in general are expressing themselves a lot through how they dress. If there isn’t a rule system, then it would be very different for certain straight men. For women I think it’s different, because women can also wear these heavily masculine clothes. But for men it’s still stuck.

What about using clothing to express yourself to the outside world?
I think there was a time when I wasn’t really interested in fashion, but now I’m starting to love to play with the silhouettes and try to also make people question “Is this a man? Is this a woman?” I have so many comments from straight men who told me “Wow, I thought you were a woman.” I like to express with my fashion that you never know – I could be anything.

A lot of the time people say that men are more restricted, and have a lot less choice?
I think that’s the main problem – fashion has become so based on gender, again. Why as a man must I only wear men’s clothes? Like the silhouettes of women are pretty different to men but in fashion you can use any item to own it. You don’t need to label it as womenswear or menswear.

Do you think this time genderless is here to stay in the modelling industry, and if not, then why?
There’s always been playing with gender, since the Renaissance and even before. But I do think this generation handles things in a very different way, the reach is so big. It’s not just with fashion, but has more of a global impact. People are going to have massive opinions. Not all of them will be supportive but at least it’s out there – that’s super important.

What do you think of the concept that clothes help you blend into society?
In a way clothing shows people what group you belong to. Or not even a group, just the person you want to be. But the person you want to be is always made by someone who had this idea before you. I think fashion is creative, but I don’t think fashion is at the source of creativity – it’s often borrowing this sense of “what is happening now?” Then there’s artists who use clothes as a medium and that’s a different story.

Every clothing store has womens’ sections and mens’ sections – if clothing were seen as genderless in the mainstream, would you dress differently?
That’s a big question – I dip my toes in the water of femininity, that’s why I wear those kind of clothes. But my idea of this also comes from a history of the distinction between the two main ideas of gender. This idea may have made sense in the time of the cave-men, but it doesn’t apply to us anymore. It’s outdated.

Are there any designers you feel are breaking down the gender boundaries when it comes to casting?
I’m not really into brands much, but I worked with Hedwig Vervoort which was amazing – it was really cool to see this mix of old people, young people, people of colour, all people together. We were all naked in these sheer outfits and it made us one whole. Even though everyone is in different groups, when you put everyone in the same clothes, in a way it breaks down the whole binary system. You have guys wearing dresses and women wearing pants but it’s all sheer so you see the whole body but in a non-sexual way.

What about the fact that in the ’80s we had “power suits” and shoulder pads – do you think that womenswear must emulate menswear to be seen as “power dressing”?
But does it emulate menswear? I don’t think so. It’s only a male thing because people give it a gender. It’s not. It’s a piece of clothing.

Some designers say there is a need to keep mens and womenswear separate because there are different silhouettes, shapes and sizes…
I kind of get that because there are different bodies – the waist, the hips, the hourglass figure. But it also looks really good on men. I don’t have hips, but I have a small waist, and if I wear a skirt with a certain silhouette then I can also emulate a woman’s body. It’s considered feminine, but who decides that? I feel more empowered dressing more feminine than if I wear jeans and a grey t shirt. I also still feel good about myself, but I like to feel more empowered in my clothes.