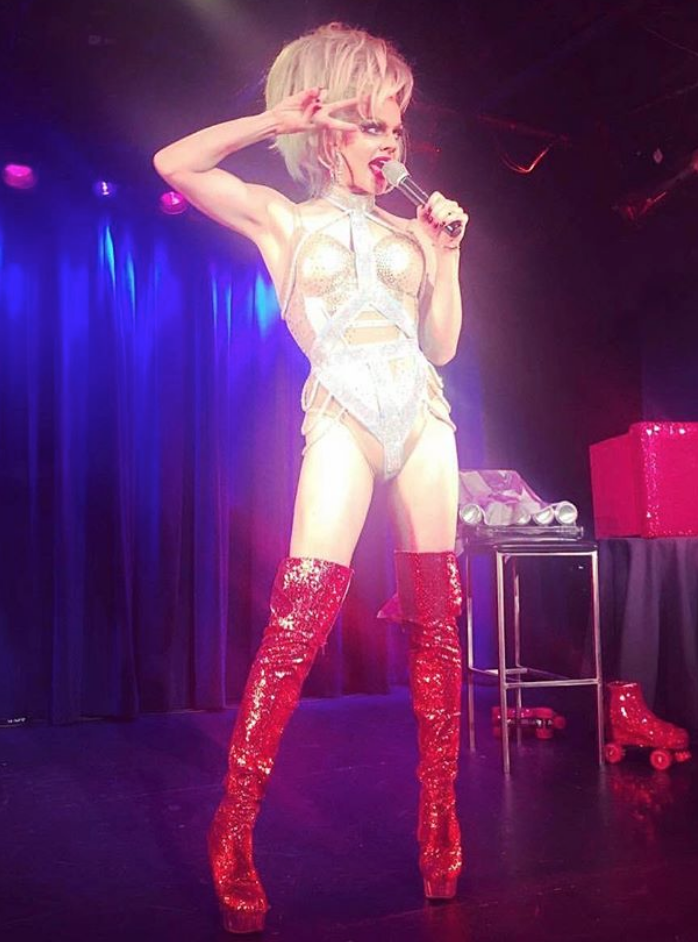 A DRAG QUEEN JUST WON A REALITY SHOW BASED ON FEMINISM: WHY THAT IS SUCH AN IMPORTANT STEP

There were a lot of reasons to watch UK reality TV Show “Celebrity Big Brother: Year of the Woman”. One of them obviously being Courtney Act, a famous drag queen, who has just taken the winning spot. A fair amount of backlash erupted – probably because of exactly what Courtney represents: something that surpasses gender separation, a man (Shane J) pretending to be a woman (Courtney Act), but acting as a striking reminder of the big societal gender delusion. Who cares if she is biologically female or not? Who cares if she identifies as male until she’s strapped into her gladiator heels? Shane J has gone through the typical struggles for acceptance and equality, and suffered the discrimination that LGBTQ+ people experience to get to where she is, as have many cis-gendered women. They’re often very different struggles, but they should act as a bridge to unite these groups of people in order to work on making changes in the power balance.

In many ways, a drag queen winning CBB 2018 is more progressive than the producers could have hoped for. What less than 50 years ago, mainstream society and the law would have deemed taboo – to be feared and shamed – is now being celebrated on national TV in a public voting system. Are people finally growing out of the ’00s media obsession with watching the world burn, tearing people down, and actually rooting for the underdog? It’s encouraging to see how far we have come in representing a wider range of people in the mainstream media, but is repping equality on a game show really enough?

Unlike seasons past, the show was not cut into loops of dumb behaviour, drunken antics and shrieking fights, but featured consistent footage of tasks and conversations that were challenging the status quo. Editors stuck to their promise of producing a show to “challenge gender stereotypes and reveal truths about what it is to be a woman – and man – in the 21st century.” By selecting footage that would provoke conversation, it reflected the discussion that surrounds us in real life right now.

An unexpected “connection” was highlighted between Courtney Act and laddish reality star Andrew Brady that cast light on the lines, or lack-there-of, that exist when it comes to sexual attraction. The show cast fierce feminists like Rachel Johnson against the kind of guys that only drink Guinness, like comedian Dapper Laughs (a man who was shamed out of the public eye due to a rape joke). An 80 year old poly-amorous soap star was pitted against an anti LGBTQ+ rights politician – each episode nudged viewers to question their perceptions. It wasn’t the modern version of a freak show that the media assumes the public is baying for.

It was brave of the show to take a step in a direction that the world desperately needs in the mainstream. They have managed to create trashy TV that also speaks to people. There are still fights and bad comedy and the kitsch interior continues to offend in the best possible way. It’s easy for liberals and young people to sit in front of the show and say it isn’t groundbreaking, it’s still tacky, it’s still a bunch of C-listers who prefer a photo in yesterday’s tabloid to any kind of cash prize. But it’s so much more than that – it’s a chance to see that our generation is finally starting to have a voice in mainstream media.