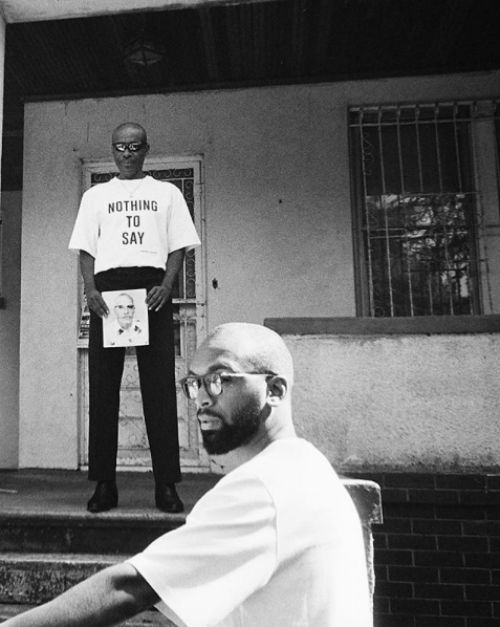 As Black History Month is drawing to a close in the US, INDIE is dedicating the last day of February to the faces, voices, and movements pushing black culture further – in the United States and beyond.

The quantitively poor representation of POC in the fashion and beauty industries has always been and, unfortunately, still is disappointing. Whether we look at magazine covers, runways or billboard ads — too many brands still haven’t quite figured out how and why a diverse cast of models should be a crucial part of a well-functioning, forward-thinking company. Especially if we consider the fact that the world we live in today is more obsessed with self-display than it has ever been before. It is our collective task to make sure every sex, every shape and every shade is given a platform, a voice and a face. Someone to identify with, look up to, and reassure ourselves about what we’re worth—particularly in struggling times like these.

But problems revolving around representation don’t start or stop with advertising. As a matter of fact, more often than that, these issues stem from things past what we as consumers are able to perceive at first glance. That being said, it seems ironic that some of the hottest players in the game are not only POC, but are also deserving of way more credit and success than they’re given.

So, we find it all the more important to shed a light onto those people working off-camera. Those whose own face might not be focal point of an editorial. But whose presence in, and cultural influence on their craft is equally as vital to proving a brand’s overall sincerity and significance to minorities. In celebration of this year’s Black History Month, we curated a small list of our current favourite black fashion designers. Have a look, below.

Since graduating from Central Saint Martins not too long ago in 2014, Grace Wales Bonner has been taking the fashion world by storm. The 20-something hails from Southeast London, daughter to a white mother and a Jamaican father. Her signature aesthetic consists of effortlessly fusing the attributes of classic European and opulent African design elements, putting into question society’s view of (black) masculinity. Her culturally profound but wonderfully wearable pieces for her namesake label have received international acclaim, making her the winner of numerous awards, including Emerging Menswear Designer at the 2015 British Fashion Awards and the 2016 LVMH Young Designer Prize.

37-year old mother of one, Martine Rose, and her label first surfaced in 2007. But it wasn’t until almost a decade later that the menswear designer made a name for herself in the world of mainstream fashion. A protégé of London’s Fashion East initiative, Rose has become widely popular amongst fashion enthusiasts worldwide. Her trademark use of bold and blocked colours and — quite literally — blown-out-of-proportion silhouettes have cultivated an ever-increasing fanbase. Furthermore, Rose has secured a spot on BoF’s highly prestigious 500 List, has collaborations with Napapijri and Timberland beneath her belt and serves as a menswear consultant to Prêt-à-Porter wunderkind Demna Gvasalia.

American designer Kerby Jean-Raymond founded his nostalgia-infused label, Pyer Moss, in 2013, calling it “an art project” or “a timely social experiment”. Inspired by childhood memories of sports, Sci-Fi, and subcultures, the New York-based brand for men and women stands out in the streetwear-obsessed sea the fashion industry has recently become. Having already teamed up with athletic wear giant Reebok, making Forbes’s 30-under-30 list, and counting Erykah Badu, Usher and Vic Mensa as fans of the brand, Pyer Moss is definitely going places.

LaQuan Smith’s coming-of-age story is one that fashion dreams are made of: The 29-year old first developed an interest for garment construction through watching and learning from his grandmother, a skilled seamstress and pattern maker. Following several internships, Smith was chosen by iconic Vogue Editor At Large, Andre Leon Talley, to become his apprentice. This kickstarted his design career, formally debuting a collection for his eponymous label back in 2010. Ever since, Smith has become a go-to for the likes of Beyoncé, Kim Kardashian, Serena Williams, Ariana Grande, Rihanna, Cardi B., and many more.

Lagos, Nigeria-based fashion designer Adebayo Oke-Lawal founded Orange Culture — a brand the artist himself considers to be “less a label and more movement” — back in 2011. A former nominee for the highly sought-after LVMH-prize, Oke-Lawal has garnered great praise for his work in and outside of his native African creative scene. In what seems to be an ongoing source of inspiration for his androgynous silhouettes, the designer mixes traditional Nigerian craftsmanship, fabrics and prints with modern takes on masculinity. Commenting on his AW17-collection, Oke-Lawal explained that “as a Nigerian boy, you are not necessarily allowed to own hurt, even if it is staring you right in the face.” Blaming patriarchy, he explains that one is “mostly […] required to be a man before you are old enough to realise that being a man is overrated.”

INDIE Podcast: Hengameh Yaghoobifarah on free speech and being habibitus