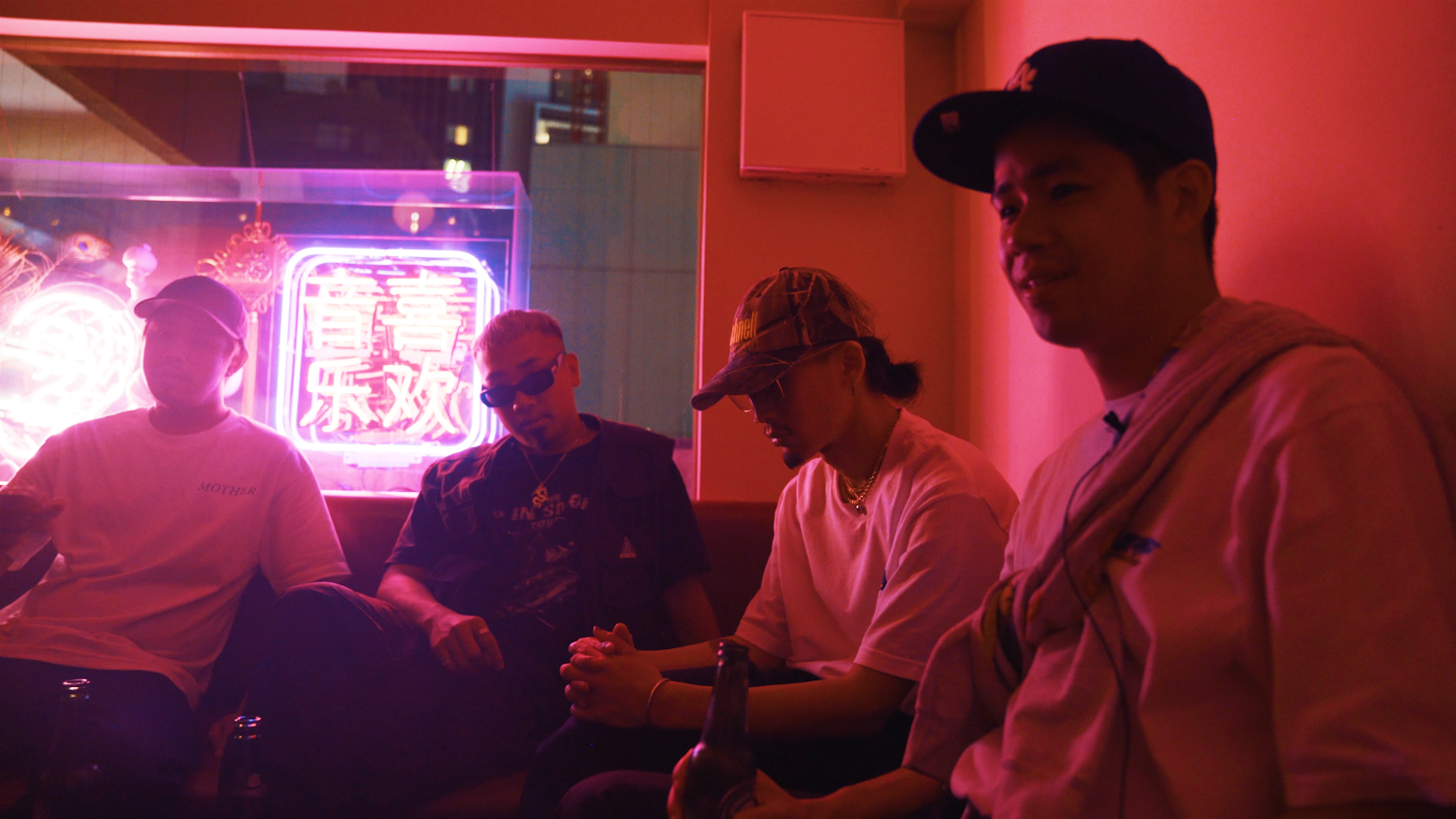 A group of young, unabashed and expressive men known collectively as Yentown are driving the Tokyo music scene forward. With lyrics that touch on subjects close to the artist’s hearts – such as the legalisation of marijuana or the “intimate” experience of going clubbing for the first time – they confront both personal and political issues through their fearless music.

Yentown began life as a group of friends, all with a strong interest in rapping or a talent for playing musical instruments. Since then, they have expanded and grown in numbers, becoming more of a family unit in line with their increased success and popularity.