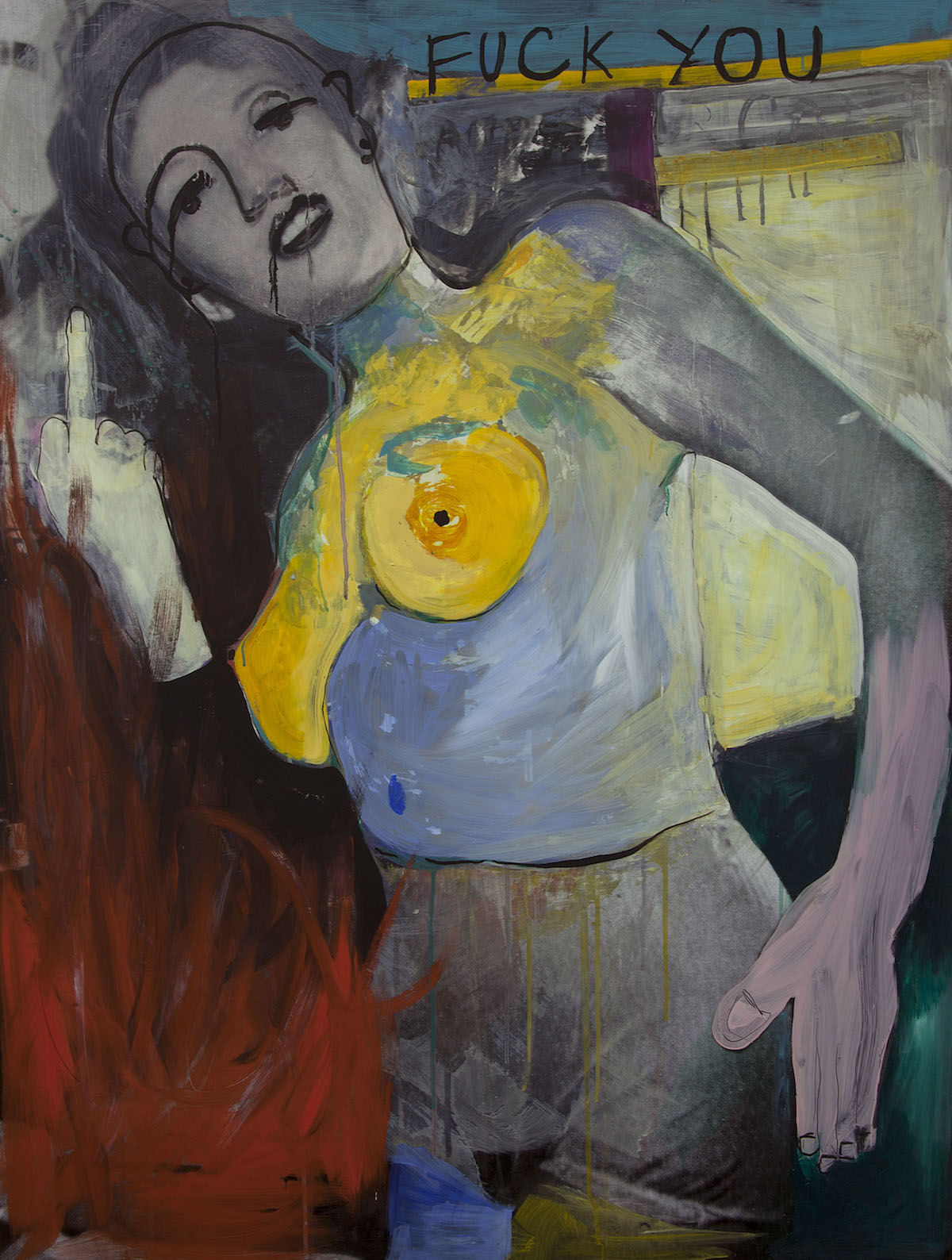 William Grob is a Berlin based artist whose work has always focused on the line between reality and the psychic world. Working with multimedia, he collages, paints onto photos, layers his work between the real and the imagined. Often employing text that makes no sense and all of it at the same time, he reminds us of our constant internal monologues when faced with banal situations in everyday life. His work is fraught with satire: from New York street scenes highlighting the prevalence of homelessness against a backdrop of consumerist culture, to projecting thoughts of strangers on trains, there is always an element of levity in their loneliness. 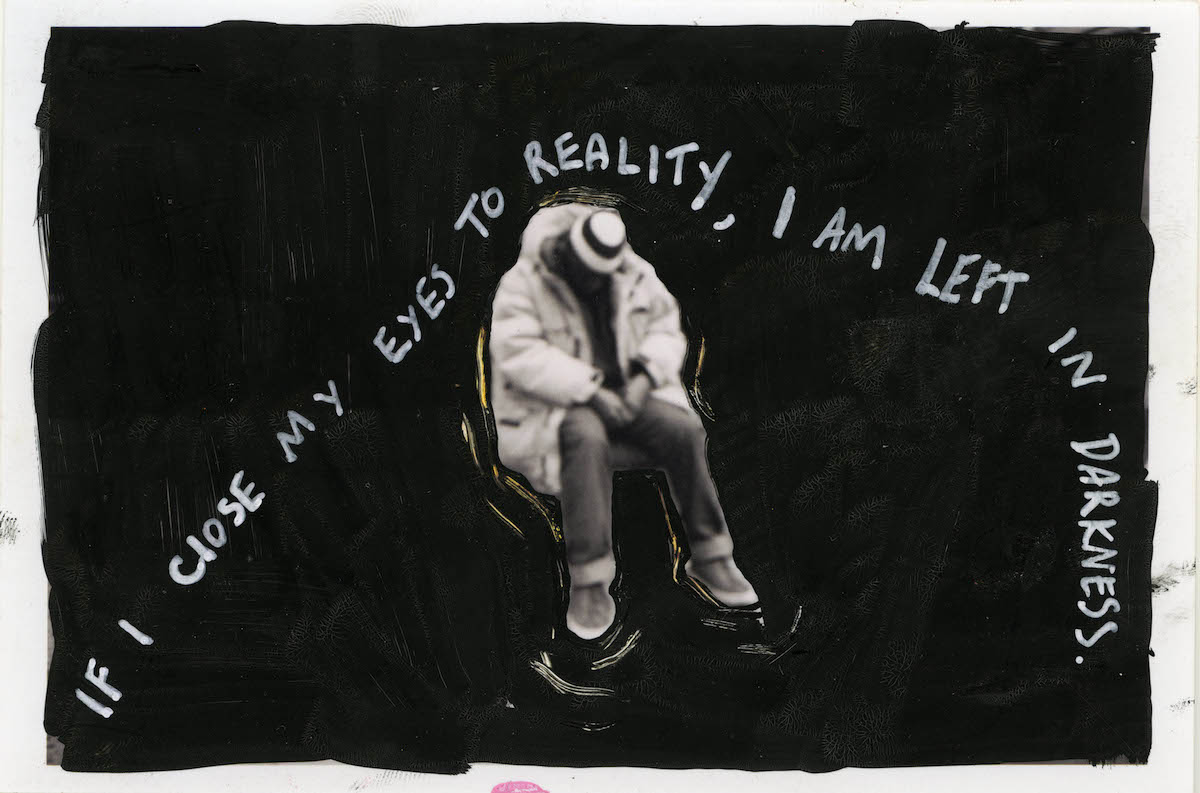 When it comes to the gender equality issue, it’s important to listen to people who are opening up the conversation. Whether they be male, female, or non-conforming to the binary gender system, it’s usually easy to detect when a voice is honest, especially within art. More people should always be encouraged to join the discussion. Nobody should be distanced from a movement that’s progression lies in unity and inclusivity.

In his latest series, William Grob explores current issues and the new women’s movement. Does he want to bring more opinion into the matter? Is he purely spilling his impressions onto the canvas? INDIE catches up with him to explore an artist representing new femininity from a male perspective.

What do you think about the different terminology in art – male artists are “artists” by default, but it seems a lot of women artists are described as “female”?

I think it’s bullshit. The whole idea of boxing up of people is… why do we need to put a label behind the individual, behind the gender? In a world where gender and sexuality become ever less relevant – we’re all just people, aren’t we? I don’t have that much to say about that.

Do you think your recent series of work is based on “feminism” as a label?

Painting onto pictures of women: the images I use are either found photographs, or pictures I have taken myself. With these images, I’m simply projecting my own emotions. As with all my work, there’s no pre-conceived idea of the outcome. There’s a nice quote from Guston, about the artist allowing the “third hand” to do the work. Where your conscious brain switches off and the other part does the work. Speaking to my subjects – in the latest series, women – people have said that I have caught their emotions. The nicest thing with that is that it’s shared emotion. It’s not a male emotion projected onto a female body, but a kind of mental connection. We can talk forever about this separation but actually emotions are emotions whatever gender. We are all connected. Maybe when you strip it down to the visual it becomes exactly the same. 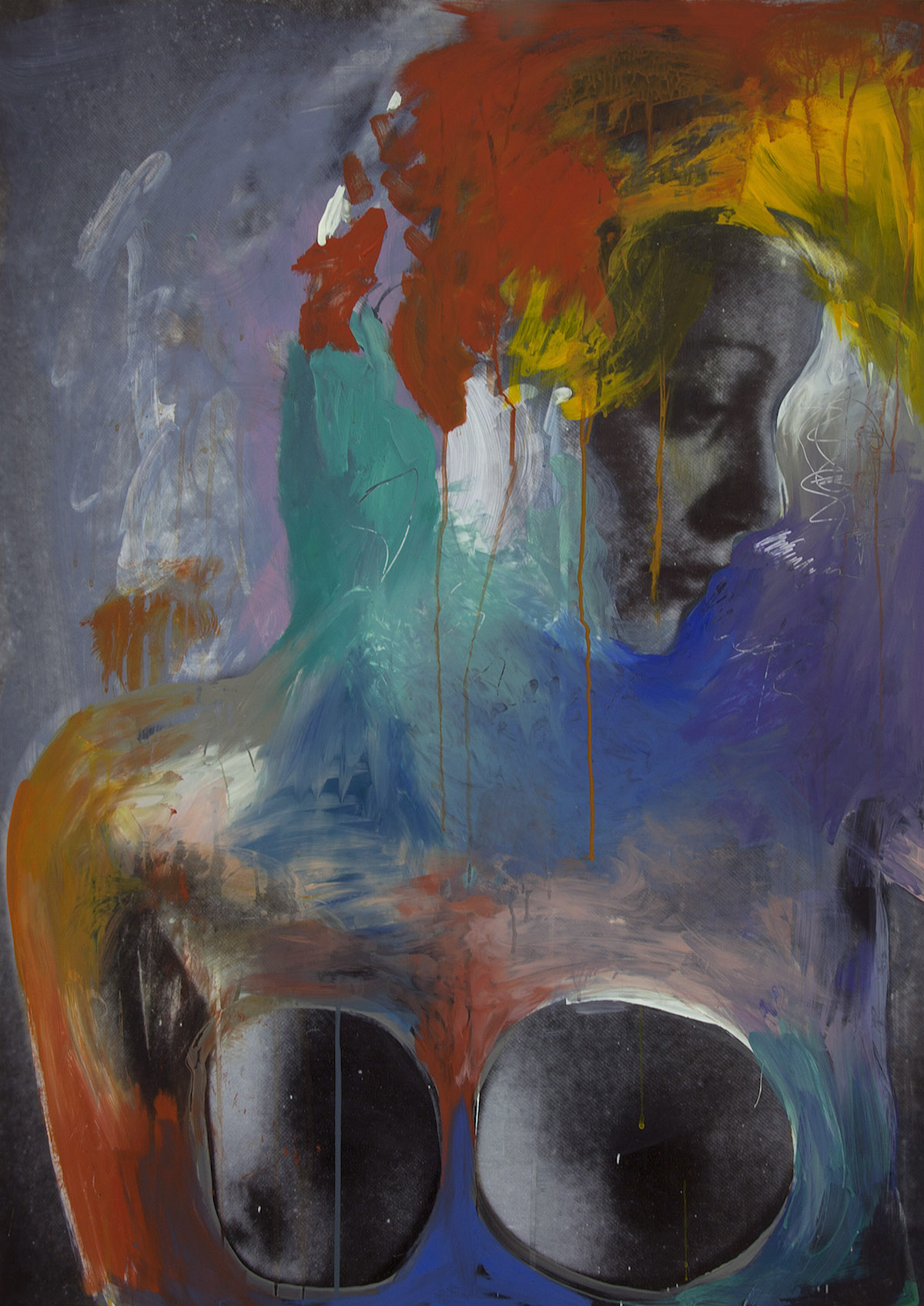 How does it feel to be male by society’s definition, and be confronted with the current issues women are facing?

With the whole women’s movement right now, there’s a sense of liberation to be felt everywhere. I think the time we are living in is positive in a lot of ways, because we live in a time that changes so fast. With technology and everything else, society changes in the equivalent of a decade per year in some ways, if you think about the comparison. So actually, it’s time for our whole human psyche to make a real switch. By which I don’t mean that it should tip to another extreme, but that it’s a time for unity, for fighting together for a cultural shift. Not just brushing things under the rug – “that happened, that’s normal” – but facing them, and not just for women, but for everyone. To voice things that should change and how we can change them.

What is your usual artistic process – how do you think up and start on a piece?

In a way, there’s a real spiritual element to photographs – we are surprised when we hear that people from some parts of the world fear a photograph because it can take an element of your soul. But at the same time, Barthes expressed that if we’re handed a photograph of our mother, and asked to cut off the head, we feel some kind of emotion?

We connect ourselves to these images. I paint onto the image to see something in it that I haven’t seen before. Visualising that is something you have to follow your intuition with.

When you make works, especially in the women series, is it that you want to provoke conversation and change or is it literally about personal expression?

I think what I want is just conversation in the work, just a dialogue. I like to retain that element of ambiguity. While I want the viewer to consider things, the point is rather to make people feel, to remember, or to empathise. I think it’s important not to preach with art – there needs to be space for a little bit of history or personal interpretation. I’ve never been someone who wants to write 20 pages describing an ink splatter on a wall. I feel if you’re looking at art, you have to work for it. Art has to open up doors, rather than direct people through them. 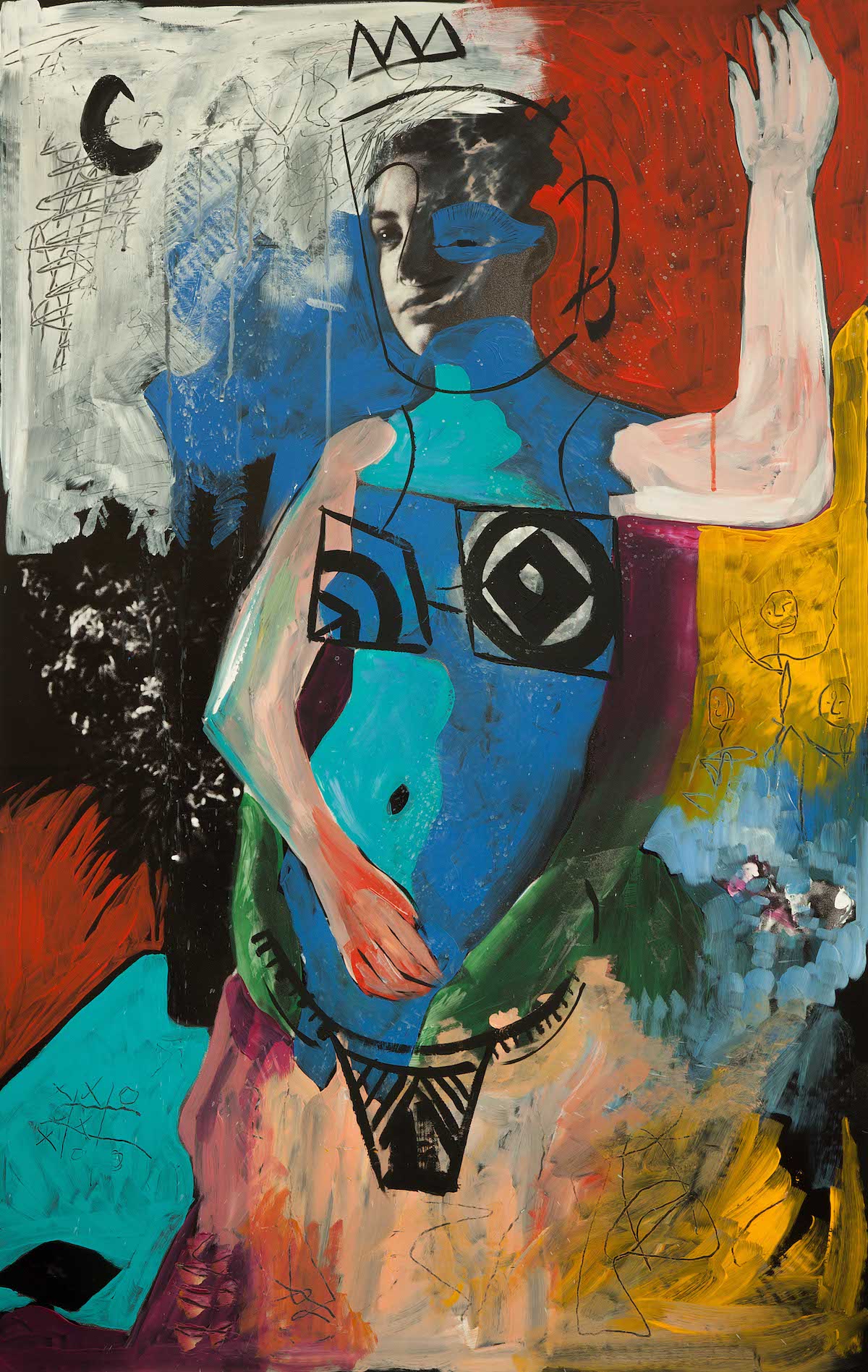 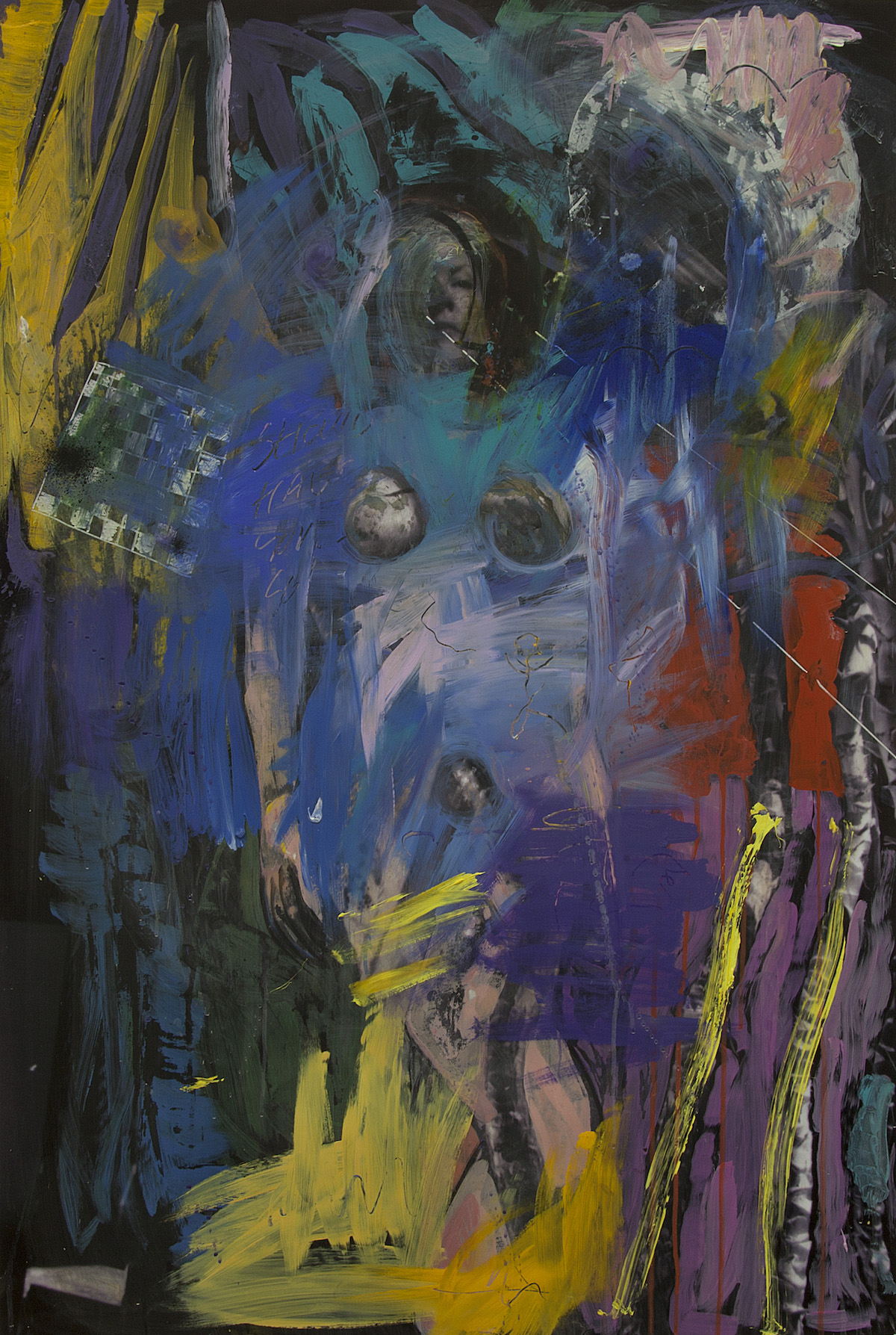 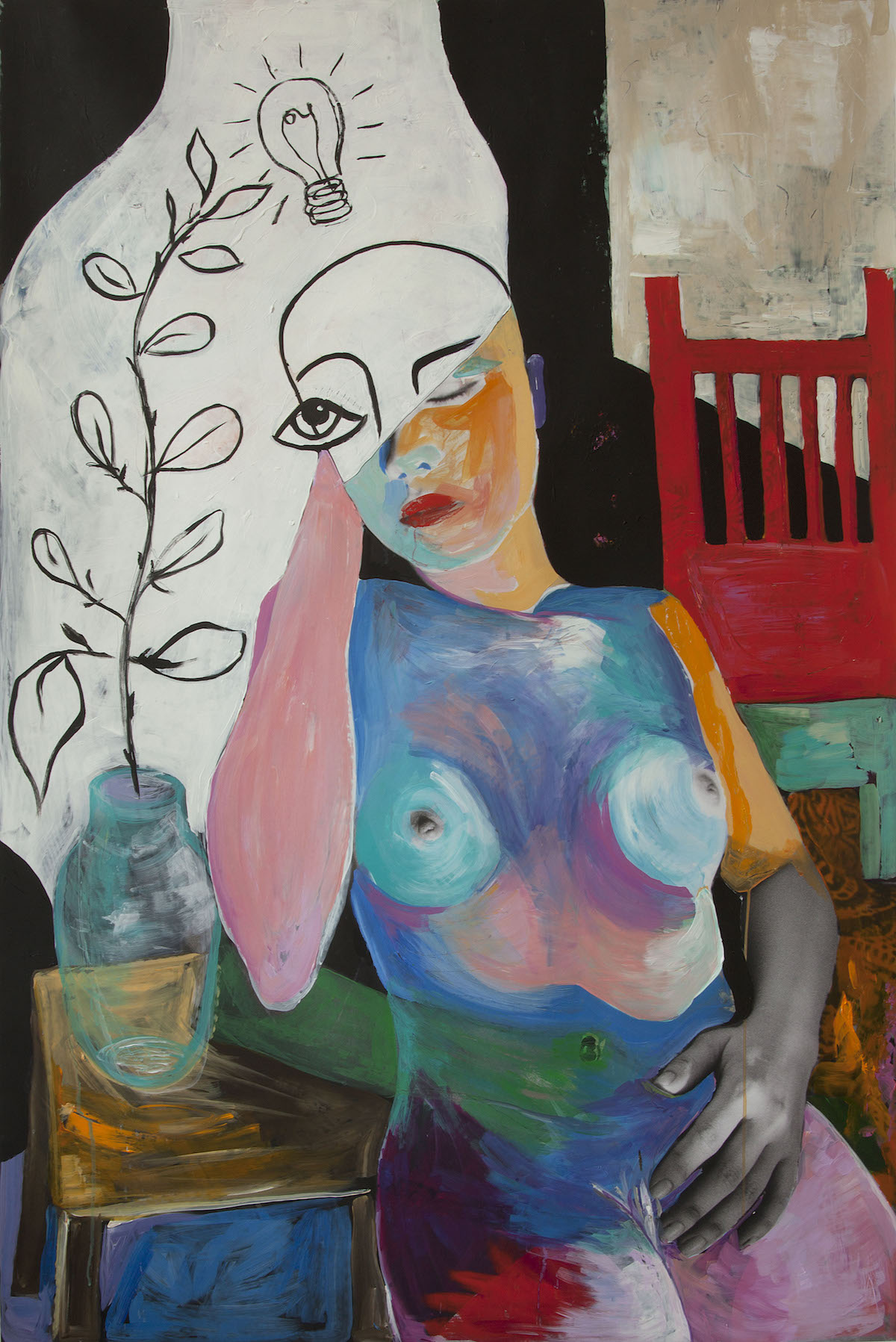 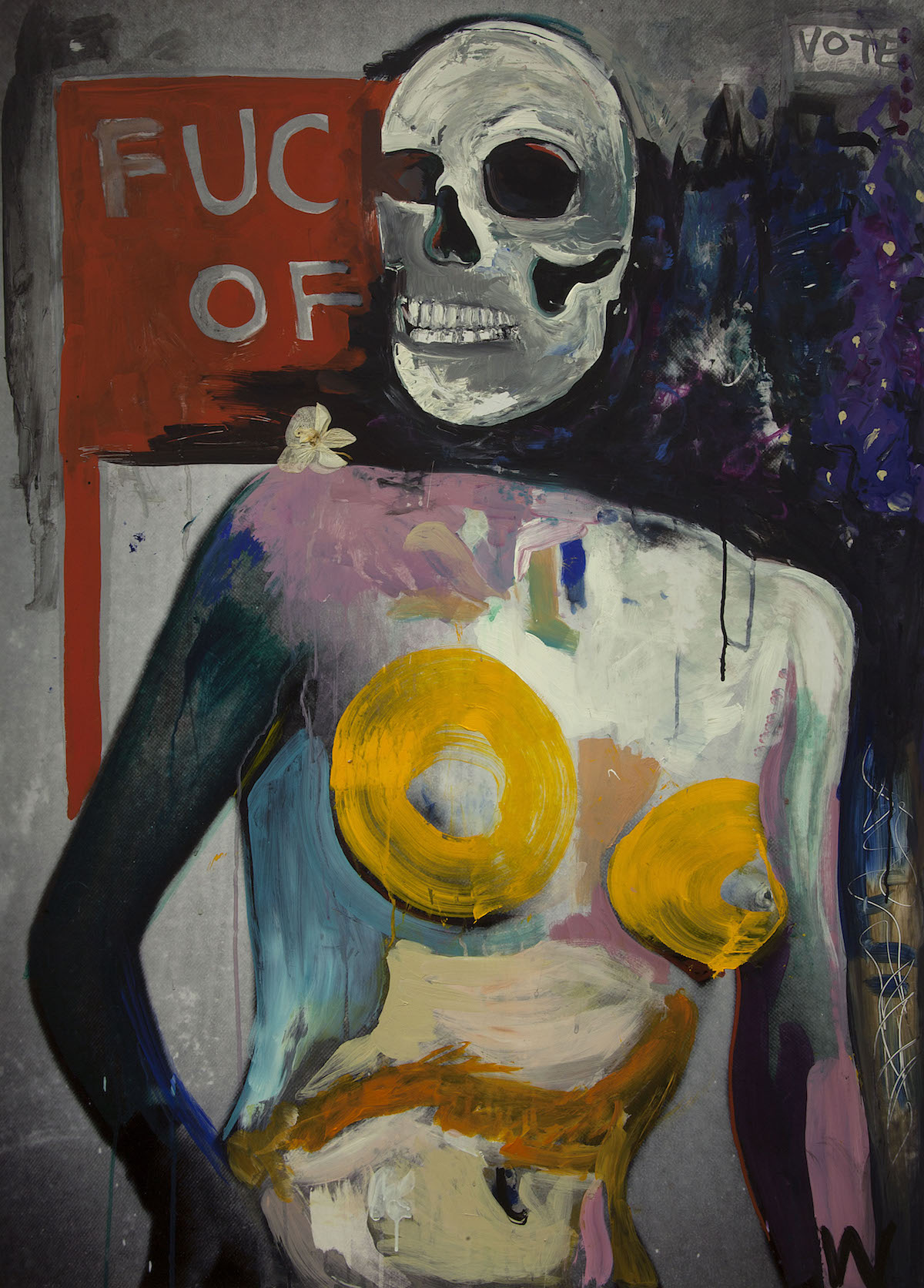 All Images by William Grob