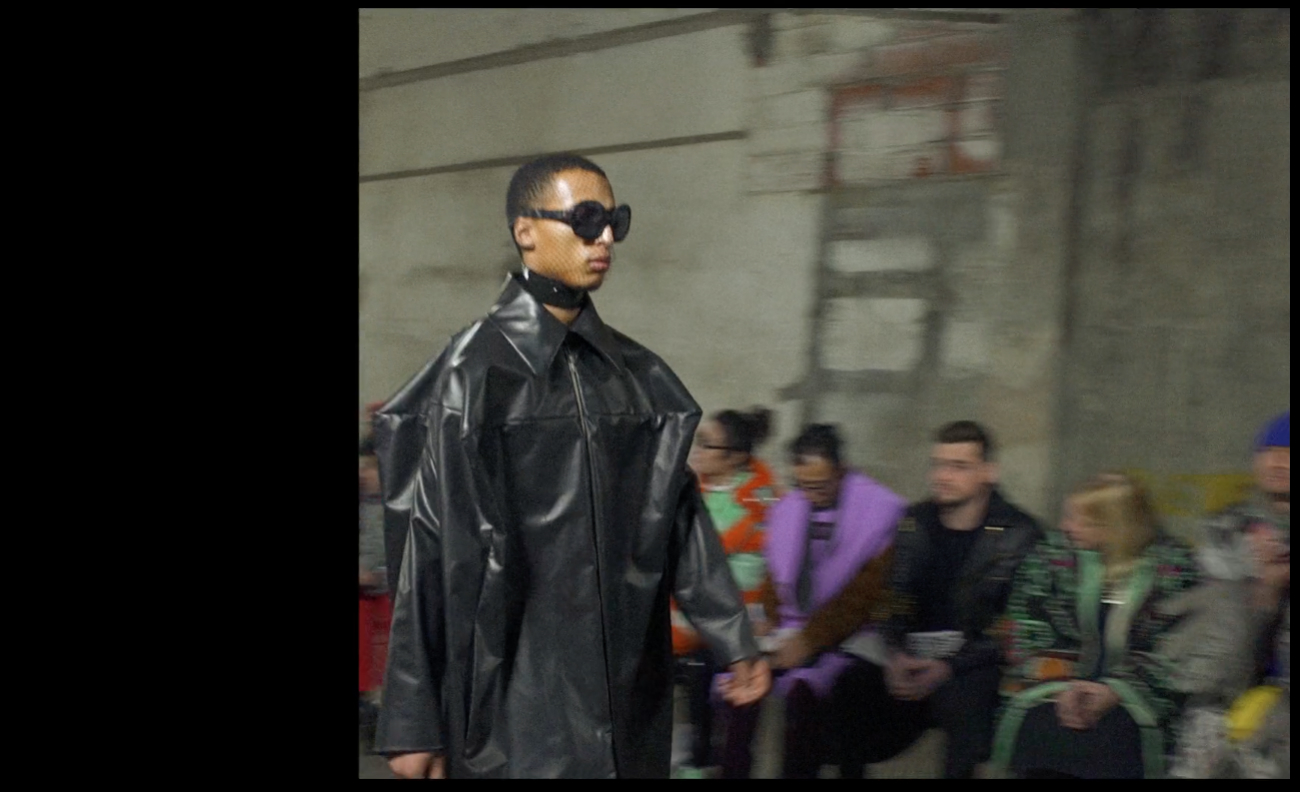 THE FLASH OF WALTER VAN BEIRENDONCK A/W18 CAPTURED IN MOTION

There is something of an illusion happening when looking at clothing just through photography – especially when looking at runway images. If you were to just scroll through the so common stream of runway pictures, would you have even noticed the boxy shoulders of jackets and sweaters at Walter Van Beirendonck‘s recent Autumn/Winter 18 show during Paris Fashion Week? Making models look like elongated versions of themselves when walking by? Or would you have been able to grasp the fetish-inspired PVC hoodies with pig-masks reflecting the light of the ruthless spotlights as they were shown in the industrial space?

Probably not. Nor would you have been able to hear the punching beats chasing the models down the runway, making them look like walking with the determination of someone knowing exactly where to go and how to get there – much like Walter himself it seems. With an impressive history of spearheading a sense of whimsicalness and out-of-the-box thinking in fashion, Walter Van Beirendonck has kept his Antwerp roots and beliefs close to his artistic heart – being a member of the Antwerp six, now the Head of the Fashion Department at the Royal Academy of Antwerp, and all the more independent in his designs.