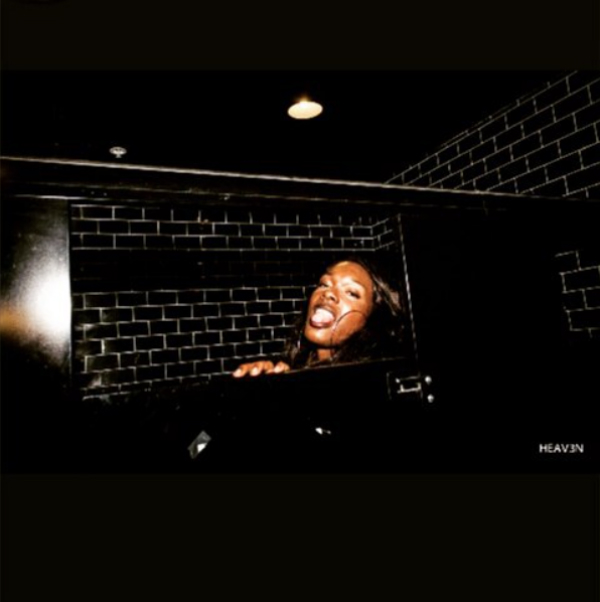 As we move towards 2018, change is in the air. And more so in the LGBTQ+ scene in Berlin than ever. Spaces are diversifying, as more groups are born from Berlin’s underworld of dark beats, free expression and creative buzz. INDIE caught up with some collectives and activists influencing a city on the brink of evolution. Some, like L-Tunes, have been repping the scene for years, while QT are the newcomers teasing everyone on social media about their upcoming party “QT(01)“, with its glitchy graphics and edgy vibes. New World Dysorder is soaring in its push to create safer spaces, and a foundation for people looking for more LGBTQ+ related events and connections. Berlin is already famous for its swift, diverse directions and spontaneous creativity in the party scene, but what do we need to know about a new era about to sweep the city in 2018?

How did QT come into existence?
QT originated from the lack of diverse offers catering to techno loving queer femmes and trans people in Berlin. After talking about the issue of discrimination in clubs with people in the community and trying to find parties that solely featured femmes and trans people, we decided to throw our own party. It’s about encouragement to think outside the box and make more diverse parties and platforms for us to connect and experience together.

Who are the main people involved in the party?
Inish is the founder and manager of QT, whilst Nico Limo and Petra Hermanova work together on the creative side. Petra Hermanova is mostly known for her band, Fiordmoss, that just released their new album. We’ve also recently welcomed Jules Frost who will work alongside Inish in the management.

What are the main concepts behind QT?
QT stands for “Queer Femmes, Trans People + other cuties”. There is still a lack of parties that actually take action toward safer spacing in the scene. There are queers and trans people here who are aching to go out to dance, but don’t feel comfortable partying where harassment can be overlooked, or commute to the areas where the chances of getting discriminated against are higher. We hope to start a chain reaction encouraging more LGBTQ+ parties to take action regarding inclusivity. A queer dance floor is always political!

Do you think attitudes are changing for the better in terms of people accepting gender fluidity/sexual orientation/identity in general in the world at the moment?
Nico: As more people are realising gender/sexual orientation/identity is not binary there has also been a fair amount of backlash accusing the LGBTQ+ community of “making up” orientations and identities. This reflects how much more work there is left.
Inish: Females, trans people and people of colour are still very underrepresented in line-ups, labels, clubs and parties. We have seen that more organisers have focused on this issue lately, but there is still a lot to do.

Are there any Berlin based activists or people we should look out for in 2018 that you think make a wave in the scene?
There’s so many inspiring people and initiatives in Berlin – We Make Waves, Hoe_mies, Jessica Ekomane… We have a lot of love and respect for New World Dysorder that was brought to Berlin by Alyha Love. We can’t wait for their next party!

What are the main concepts behind L-Tunes?
First of all, it’s about creating great parties with good music and opportunities for mostly (though not exclusively) lesbian artists and DJs. L-tunes aims at bringing lesbians and their friends from all sorts of scenes together and create a space where they can get to know each other and experience diversity within the lesbian community. In short, it’s about enjoying yourself and empowerment.

Do you think attitudes are changing for the better in terms of people accepting gender fluidity/sexual orientation/identity in general in the world at the moment?
Depends where and when you compare it to – in general, there is more visibility and public awareness of different concepts of non-conformity, attracting more controversy – this then causes more acceptance as well as opposition. Implementing diversity concepts in human rights legislation and education as well as general public acceptance is getting better in parts of the world.

Do you think more could be done to move forward for women, especially queer women, when it comes to this subject?
We need more education and more social and economic equality. The more people are scared of “losing out”, the more they tend to define and exclude others. Within our communities, we need open discussions about conflicting issues without falling out over ideological thinking or creating discrimination. We should try harder to respect these differences and look for ways to empower each other even when we don’t agree.

Are there any Berlin based activists or people we should look out for that you think make a big wave in the scene?
Patsy L’Amour laLove is stirring up the scene questioning identity-centred ideologies – she’s a gender researcher, drag queen and activist. And there’s Stephanie Kuhnen who just published a collection of articles dealing with issues of lesbian visibility: Lesben Raus! Für mehr lesbische Sichtbarkeit.

What are your hopes for the future of L-Tunes?
I hope it’ll go on thriving as a space where lesbians and their friends can enjoy partying and experience a sense of community while promoting lesbian visibility within and beyond the queer scenes.

How did NWD first get set up?
In 2015, Jasmine Infiniti who was the catalyst of the collective, had the idea to use all of our talents and energy to create a platform for what was missing in the Bay Area – a safe space for trans/gender non binary, POC, femme identified people and others. We were all friends and recognised in the nightlife of the Bay Area so it was natural that we started our own parties to give ourselves, others like us, and people who want to see us thrive, space to dance, have fun and forget the hardships of living in our society. Coming together to add to the experience and community of Berlin is also another one of NWD’s goals.

Do you think attitudes are changing in terms of people accepting identity in general in the world at the moment?
I think conversations we’re having now is affecting the youth of today and it’s truly amazing to see such young trans/non-binary live their truth. Although it is a slow process for the older generation to catch up, the youth of today are having conversations earlier and realising who they are quicker, and are taking actions to live authentically.

Do you think more could be done to move forward for women, especially queer women, when it comes to this subject?
Yes definitely! I think that we should be able to tell our own stories and not have it be whitewashed or seen through the eyes of Hollywood. I also think that we just need more time, because only with time and effort to change the way we are viewed in the media, can our narrative change. People need to be exposed to our narratives for a longer time in order to see any type of change.