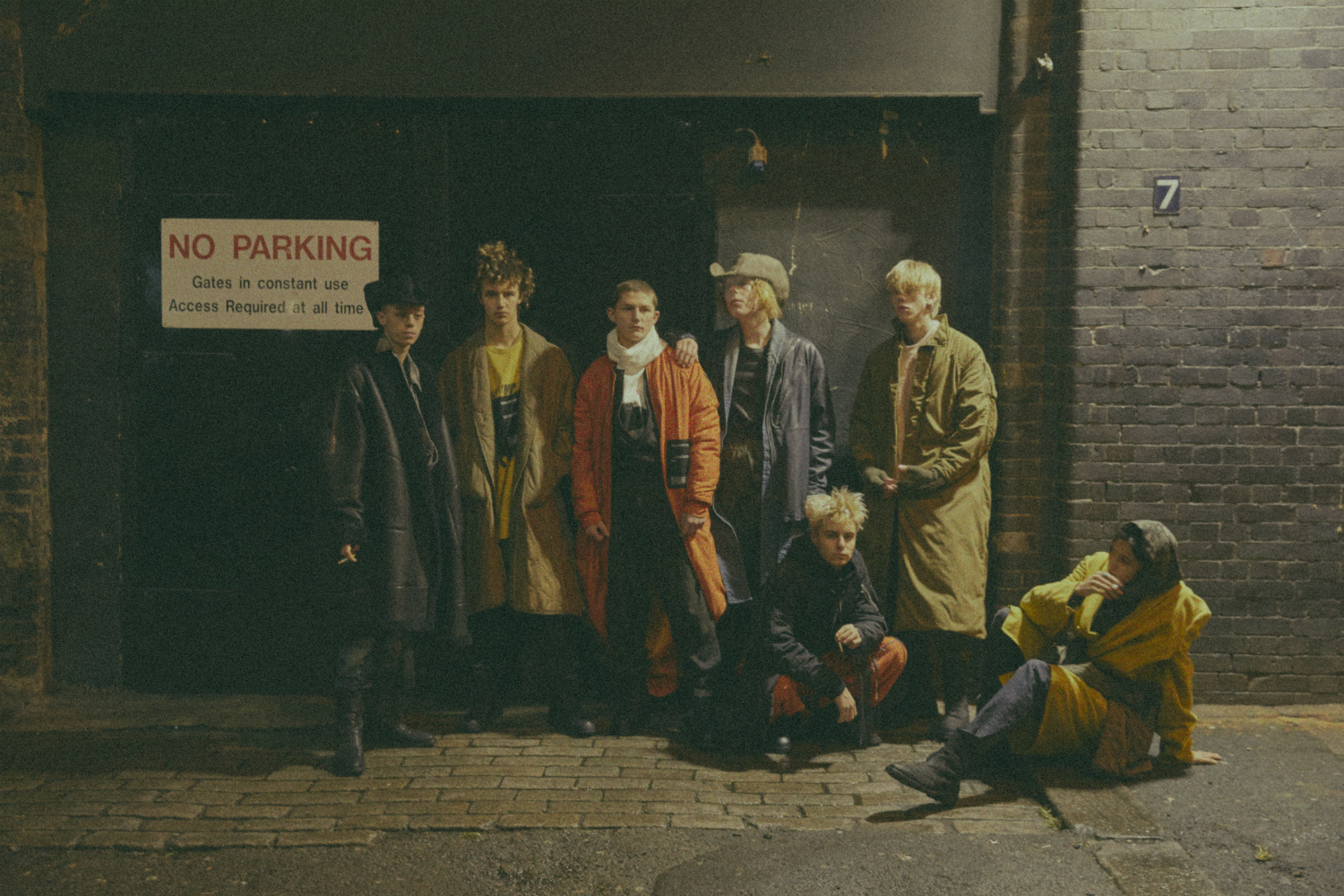 Japanese menswear brand Julius has replaced its fashion runway show with an inventive, trippy promotional video that recalls acid house parties of the 1980s. Directed by Australian born Sharna Osborne – who has previously collaborated with household names such as Alexander McQueen, Hugo Boss, Raf Simons and Helmut Lang – the two minute long video captures perfectly the “alternative and psychedelic” label image and the creative ideas behind the collection “ISDN;”.

“ISDN;” is highly influenced by the British rave scene of the 1980s as well the equally liberating and anti-establishment alternative rock movement that was happening in the U.S. at the same time. Julius founder Tatsuo Horikawa has described it as: “(his) youth. This is a moody and nostalgic collection… The collection is comprised of two elements: the alternative and psychedelic”. His previous collections have demonstrated his love of alternative tailoring, dark colour tastes and militaristic style and this collection is no different. The pieces reflect an era of youthful unrest and unabashed experimentation

The ISDN; promotional video, which just got released, relies heavily on glitchy, old-school MTV style visuals, with scenes flickering between rave parties and clubs. Viewers can practically feel the sweat emanating from the clubbers as they flash throughout the video in kaleidoscopic, psychedelic images. Julius manages to transport viewers back to the hedonistic days of raving – in a way that a fashion show couldn’t possibly.

The death of the traditional fashion show has been much discussed in recent years. Julius’ decision to ditch the age-old format of runway shows serves to further reinforce the end of this era. It seems many up and coming, young designers are forging new ways to present their works. Julius’ video forces viewers to fully immerse themselves in the audiovisual aesthetic, allowing them to really get under the skin of the brand and to understand what the collection is all about.