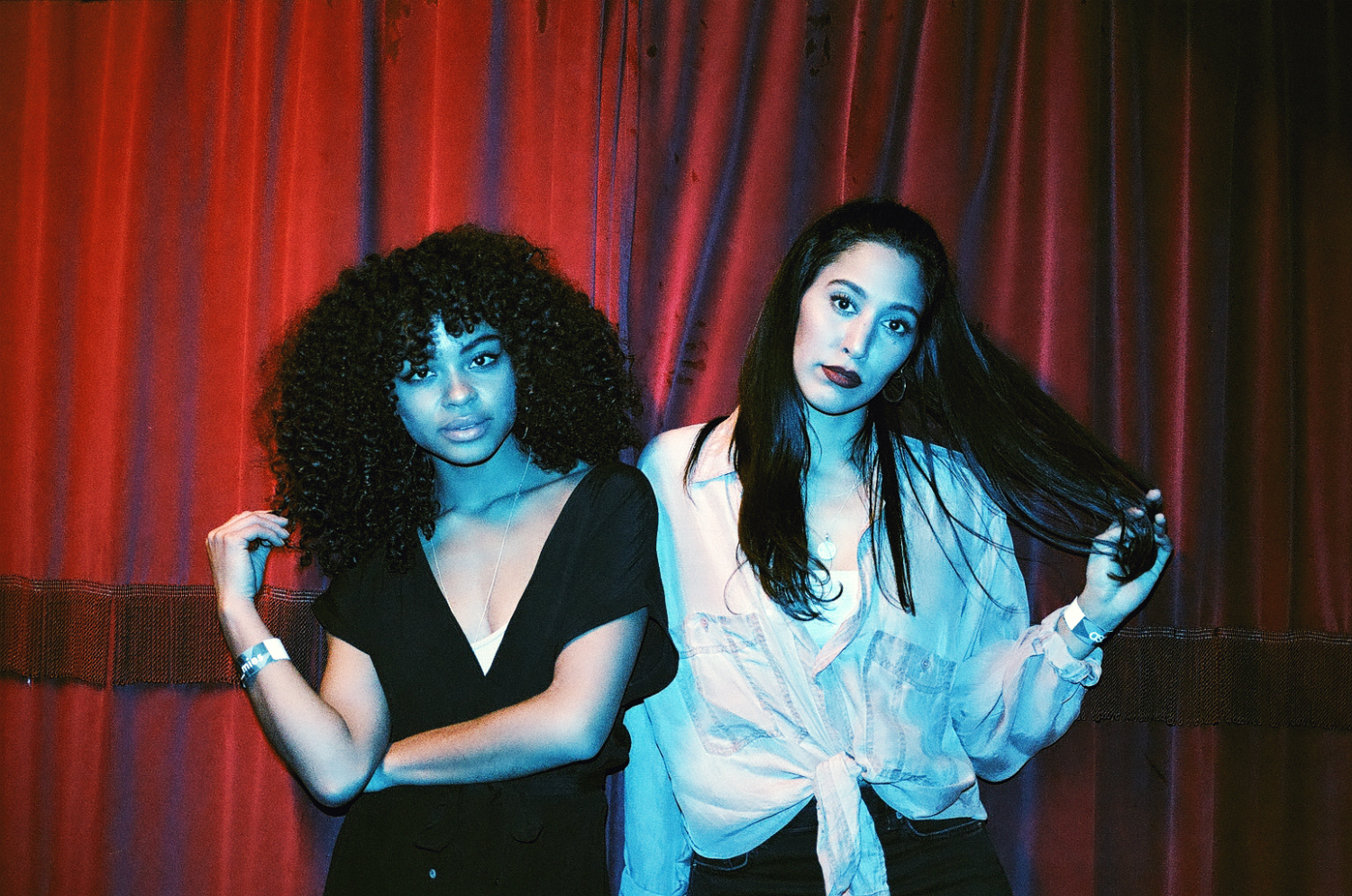 The hip hop world is notorious for its rampant use of misogynistic lyrics, sexualised videos of women and its male dominated culture. It sometimes feels like there is very little room for an alternative kind of hip hop, one that makes space for a more heterogeneous representation. Two women seeking to change all this are Gizem Adiyaman and Lucia Luciano – DJs and co-founders of the inclusive hip hop event group known as Hoe_Mies.

Ahead of their panel discussion with British trans activist Munroe Bergdorf as part of the “ASOS supports Talent” initiative in November in Berlin, we spoke to the pair of Berliners about their personal experiences as women of colour, what activism means to them and why they started Hoe_Mies.

“It was a thirst for knowledge and wanting to deconstruct the societal conditions that keep us down that drove me into activism. I want to contribute to a sustainable change of our status quo in society,” explains Gizem. With this desire came action. In 2017 the girls founded Hoe_Mies and have since hosted a series of inclusive parties for “kick-ass” women* and LGBTQI communities.

The idea for the project was born out of a mixture of frustration and dedication. It was after going to a party where no female DJs were playing, despite the organisers promoting feminism in their name and image, that Gizem decided enough was enough. “I really felt like I shouldn’t just talk about how women* are marginalized in hip hop, but I should actively do something to change it,” she clarifies. After a conversation with friend and fellow woman of colour Lucia, the two started organising parties that provide marginalised individuals inclusive spaces where they celebrate difference, feel comfortable in their own bodies and have a good time. “I got into DJ-ing as a form of protest against a scene that either doesn’t realize how exclusive it is, or, that doesn’t care, because cis-men are dominating it and why should they pass the mic?”

It appears that the foundations of Hoe_Mies can be traced back further, going back to when the girls formed their own sense of self and became aware of their position in society. Lucia speaks of how maturing gave her a sense of perspective and self appreciation, commenting that “the more I turned away from genders in general the more I could accept myself as I am. Nowadays I am proud of who I am because my status expanded my awareness.” Similarly, Gizem talks about how studying postcolonial texts and works by people of colour helped shape her as a person – “I started reflecting more about myself, about my surrounding, the oppressive structures we live in, the opportunities we lack.” She continues by saying “university gave me the tools to investigate and to get access to the knowledge I needed to understand the society we live in a little better”.

At their events there is a heavy focus on playing hip hop by female and queer artists, a conscious decision that both girls decided was right for Hoe_Mies. “There are so many artists that are not served to us on a silver platter because of a very sexist, homophobic and transphobic industry,” Gizem tells us. “You’ve got to consciously look sometimes and if you don’t see them, you are probably too lazy or too biased to find them”. By spending time sourcing LGBTQ talent and spreading these sounds at their parties, the two can only hope to inspire others and make the rest of the industry listen.

The Hoe_Mies journey has in no way been plain sailing. Faced with opposition from both industry professionals who “told us our concept wouldn’t work if we didn’t include cis-men” and internet trolls who serve up hate in comments sections, ranting about how the girls “belong in the kitchen, not behind the decks”, the project has endeavoured to remain positive in the face of adversity. “You can’t satisfy everyone with what you do. I’ve come to realize, sometimes you just need to listen to yourself and not let others get to you like that. Expectations are high on both ends but I’m not here to please. I speak my own truth, and if that resonates with others, then that’s great,” says Gizem.

In such a harsh and unforgiving climate, the girls find solace in support from their followers and in the fact that they are affecting real lives. “When I can motivate others to start something just because they see me Dj-ing and organising parties, I’m already more than happy,” Lucia highlights. Importantly, the girls see themselves as part of a historical fabric where music can be used to initiate change. “Every revolution has a certain soundtrack. It’s been like that forever, I’m glad many artists see that and use their art, or the platform that comes with it to spread messages and reach people,” Gizem outlines.

Underpinning both of their attitudes is a conviction that you don’t have to be branded an “activist” to make change. As Lucia concisely puts it: “You don’t need to take a full-time part in activistic groups or movements to be an activist. You can have a job which has nothing to do with activism and still be an activist.” Gizem agrees, adding “some people I admire for their perspectives, people who have had a profound influence on me, and shaped my personal views don’t fall into any of these categories.” It is this kind of life-affirming, honest and self-aware attitude that makes Hoe_Mies the success that it is.