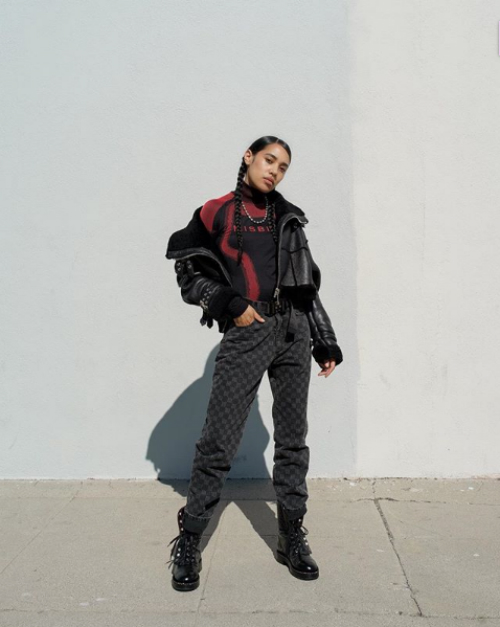 FIVE OF THE MOST EXCITING STREETWEAR BRANDS FOR WOMEN

Womenswear is at an interesting turning point at the moment. There has been a development in recent years from designing for the few at the top, to designing for the many. This monumental shift has been spurred along by the rejection of gendered fashion, fourth wave feminism and the realisation that there is a space in the market for brands that empower and inspire young women. Gone are the days of following the pack. Now it’s all about being a disruptor and making clothes that all women look great in. Spearheading this revolution are labels that were (co-)created by, or are now (co-)directed by females.

A multitude of fresh, provocative and somewhat controversial female streetwear brands are changing people’s perceptions of what “feminine” fashion means, using clothing as a tool for political change. Brands from as diverse places as New York to Seoul are making savvy, forward thinking clothing that appeals to the next generation of women.

Berlin based label Namilia (Nan Li and Emilia Pfohl) is the most out-there, audacious streetwear brand to come out of the city in recent years, after winning the V Files prize, which allowed them to present their collection at New York Fashion Week.

The design duo met at university and went on to create the brand because they felt like there was nothing quite like them out there. This is hard to argue with. They are known for their cartoonish, pop, colourful designs such as their green glittery dick bras or their labia embossed pink handbags. Essentially, they take taboo subjects and subconscious feelings, blow them up and completely normalise them.

We recently featured this innovative Korean female streetwear brand in our series uncovering Asia’s underground. Ruthless is the baby of director and designer, Effy Lee. The brand takes streetwear back to its roots with oversized, skater boy-cum-hip-hop-aesthetic. Hoodies with slogans such as “I’m Your Bad Habit” or “Twisted and Wasted” fall in line with the current trend of subverting and reclaiming patriarchal slang.

Photographer, designer and stylist (and “Made In Chelsea” bad girl) Phoebe Lettice was made creative director of Illustrated People back in 2014. Since then, she has completely transformed and reinvented the east London label, making it super popular among young women across the globe. The design takes traditionally “feminine” styles such as baby pick crops and 90s clueless style skirts and gives them a modern twists. Illustrated People are top when it comes to tongue in cheek, sassy slogans.

The pair Comi and Tanimi founded this alternative and daring Japanese brand which pokes fun at itself, with parody items such as a black T-shirt emblazoned with the word “Lesbian” across its front in the style of the American TV show “Friends”. The label exudes a “don’t give a fuck” aura which ties in with its punky, gothic vibes.

MISBHV hails from Warsaw and was founded by Natalia Maczek. It quickly became one of the most sought after contemporary brands, thanks to its seamless blend of punk and street. The brand’s aesthetic is heavily influenced by Eastern Europe, post-Soviet cutting edge and bold colours. The brand stocks both menswear and womenswear, but most of its pieces, such as their puffer jackets, have a unisex vibe to them regardless. The brand has become successful over the pond in the States too, with Rihanna spotted wearing their collection.