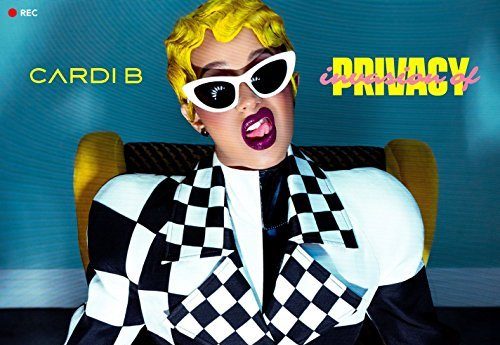 These days you can hardly open up a new web tab without seeing something about the outspoken American rapper and TV personality Cardi B. Shooting to fame after appearing on Love and Hip Hop New York, she has gone on to break billboard record after billboard record, smashing taboos and conventions at the same time. Cardi B’s sharp rise to stardom has given the term “overnight success” a new meaning.

In an age of fake news and post-truth journalism, it’s Cardi B’s refreshingly honest and humble outlook that reverberates with her scores of followers across the globe. In contrast with some of pop’s shinier, media trained celebs, Cardi B is a welcome and much needed departure from stunted interview answers and tame tweets. Here, we pick the sexiest, most outlandish and down right relatable quotes from the bossiest out there.

“You guys want to know some real s**t that I have learned? I’ve been hanging around a lot of people that’s wealthy, that is rich, that is famous… One thing I learned is that no matter how much money you have, no matter how big you are, how famous you are — they will still end up stealing your charger and your lighter” – she said this on an Instagram live video.

“Trump is soo disgusting !I hate him Soo much .Im starting to hate him with a fucking passion” – she said in a tweet.

“If I were elected President of the United States, I would allow food stamps to get McDonalds” –  she said in Love and Hip Hops election campaign.

“I’m sorry I ain’t proper and shit. My hair proper though” – she said in an interview.

“Fleek the definition of me. I keep it in check papi. I am a whole different breed” – from her single “On Fleek”.

“It’s cold outside but I’m still looking like a thottie… because a hoe never gets cold” – Cardi B said in a video she shared on social media.

“I’m just a regular degular shmegular girl from the Bronx” – from an episode of Love and Hip Hop.

“Wealthy now, but every dollar, I still want it all. Now he wanna nail me, I could give your man a cure. You gotta mail me, but I don’t check my spam at all” – from her single “Red Barz”.