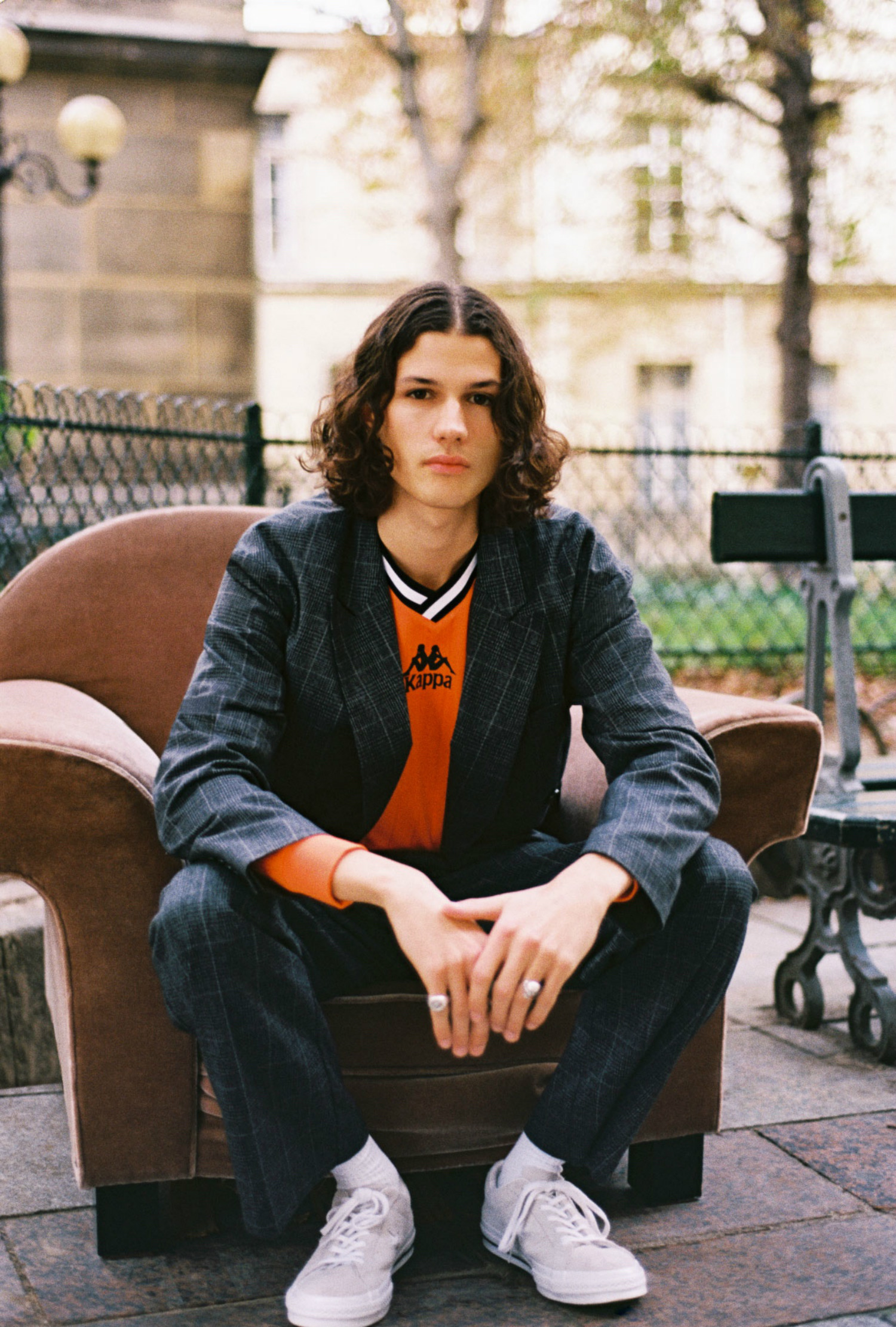 With the established formats of high fashion being more and more questioned – be that season schedules, runway shows, or just the general shift of designers – there seems to be an increasing power shifted to high street brands. Seemingly closer to the consumer with their more frequent drops and accessible price points, these brands reflect an authentic understanding of what it is their customers seem to be looking for – which, in this day and age, can probably be best described as change.

Taking one step further towards a progressive and more inclusive future, Urban Outfitters has recently debuted its first unisex suit, a two piece consisting of a blazer and a pair of trousers, designed under the creative supervision of Design Director Lizzie Dawson. In line with the brand‘s SS18 collection, the suit channels a borderless approach thriving on the mixing and matching of styles and sections, much like Lizzie’s creative playground London itself. Talking to her about Urban Outfitters’ new pieces, Lizzie let us into her perception of the power fashion holds.

Urban Outfitters just released its first unisex suit – with the topic being so highly discussed in fashion at the moment, what is your personal understanding of “unisex”?

It’s freedom, it’s being free. Freedom to be creative, and I think that comes across now more than ever. We are living in a world where it is about individuality. No one wants to look the same. There’s a real rebellion against that now, there just don’t seem to be any rules anymore, which I really like. You don’t have to dress a certain way anymore.

How does this freedom reflect in your designs?

Our approach is designing from the heart, so also with the team I really try and promote this kind of freedom. I think if you sit and think about it too much, it can be quite forced, your vision can be muddy. Especially with social media we’re influenced by everything and anything now. The rule books have been ripped apart. I and the design team, we just reflect what we feel. So, does it matter if it’s for boys or girls or whatever?

This approach not only shows in the clothes but also in the stores – Urban Outfitters was one of the first brands to have gender-neutral fitting rooms.

That’s a massive thing but that happened years ago. I think the brand is known for being quite gender neutral. If you’re walking around the store, you don’t feel like you have to be in the womenswear or the menswear depending on what sex you are. There’s just this merged line, it’s blurred and only going to get stronger and stronger.

Do you feel like people working in fashion are living in a bubble with this mind-set? Or is there a general shift in people’s perceptions of gender noticeable throughout your customers?

It depends on which country you visit. I live in East London and a guy could be walking down the street and I wouldn’t know if it’s a guy or girl, or vice versa. I definitely think equality is happening. What you’re seeing now is that a lot of labels are looking and marketing this unisex look. And for Urban, rather than the unisex word, it’s even more about gender neutral. We’ve worked very hard on making sure the fits are complimentary to everybody. Anyone can say a T-shirt is male or female – but it’s the way that it’s delivered and the way that it’s styled so it doesn’t alienate anyone. Otherwise people rebel against it. That’s why I think Urban’s so successful at the moment because it is designed from the heart. I think about what I as a customer would want to wear. But I don’t want to look like anybody else. I want my own identity and I think people are more aware of that than ever because of social media. It’s taking these little inspiring nuggets from all around the world and putting them together in your own form.

Urban Outfitters is very much rooted in street style, and both street style and social media are often credited with making fashion and the designing of clothes a more democratic place – how much of your research process is connected to and based on social media?

You know, 13 years ago, when I started, we didn’t have social media, or not in the vain that we have it now. I couldn’t just sit on the computer or go on my phone and see what girls are wearing in Australia. Now I am obsessed with it, to the point that at night I’ll be like “let’s just have another flick on this” or “let’s just have another quick look on this girl’s Instagram”. It’s so nice seeing how other people do it, you just adopt it – I think we look at street-style more than anybody. But what I also want the design team to do is travel. Travel to Tokyo, L.A., Paris, Berlin, go to flee markets, look at concept stores and then bring it all back.

Having been founded in the U.S., designing out of the heart of London, and travelling the world for inspiration – where would you say Urban Outfitters’ roots lie?

Our doorstep is London, with all these amazing markets, and we’ve got some amazing talent as well like small British brands that are coming through. It’s kind of like we’re being influenced all the time. What I like is that I’ve got it on my doorstep but I can go and find it all around the world.

Which places are you looking to at the moment?

India is one of my favourite places. We go every six months with the team, which is really exciting. I would love to explore the North of India more, where all the jewellery is made. One of my designers just went to Seoul, my jersey designer just was in L.A. for two weeks, I was in India for six weeks. That’s what it’s about, this is why we’re in fashion – to remember that fun and to be inspired.

Do you feel the happenings in western politics and the social landscape affect your work and that fun?

I think we could get quite drawn into all these things that are happening, but fashion is an outlet for creativity and it is for me. I can’t think of a more exciting time to be in fashion than at the moment – it is about being creative, having a bit of fun, whereas everything else might not be so fun. I think it’s also a good tool to allow yourself to forget what’s happening in the world. You’ve got to focus on the positive. Whatever’s happening, we’ve got to look at what’s going to excite us and makes us want to get out of bed.